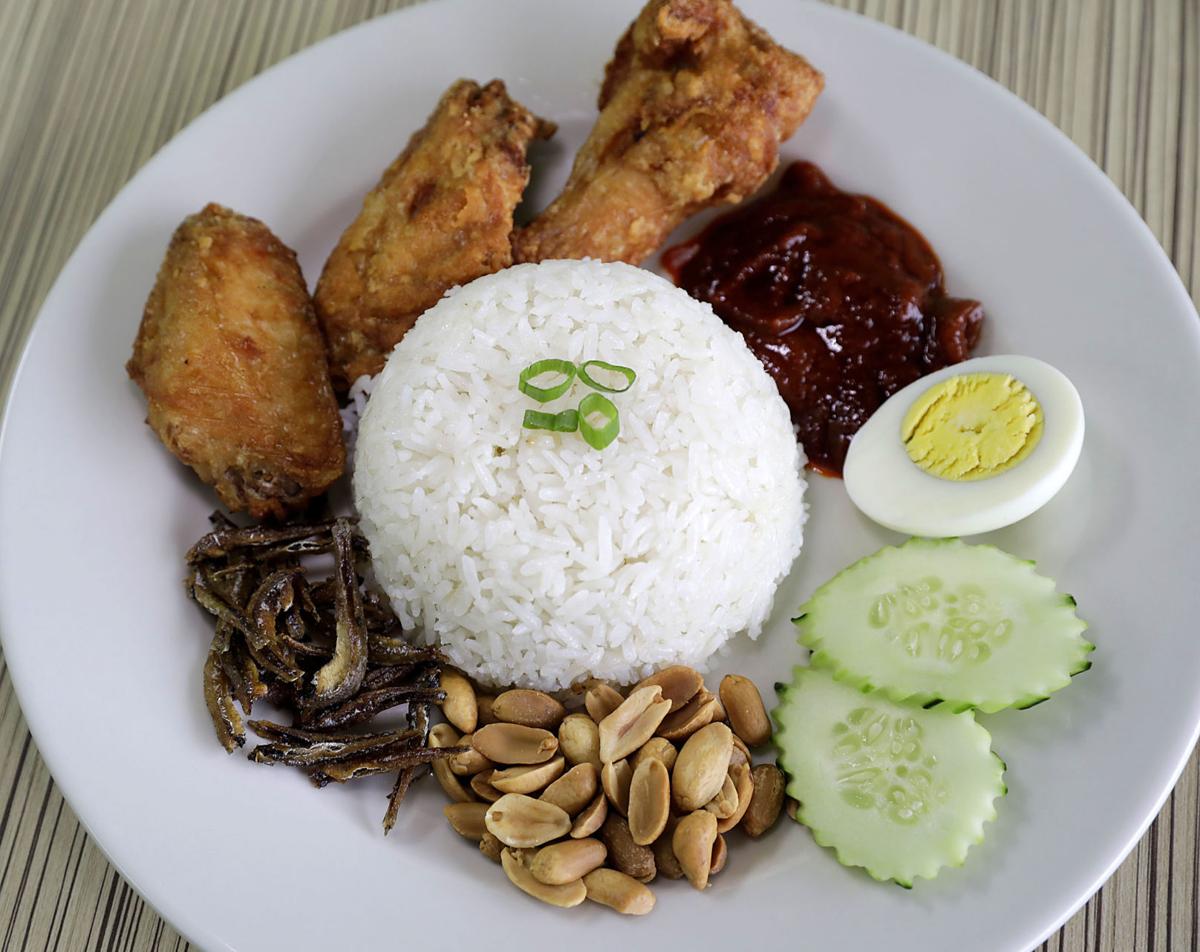 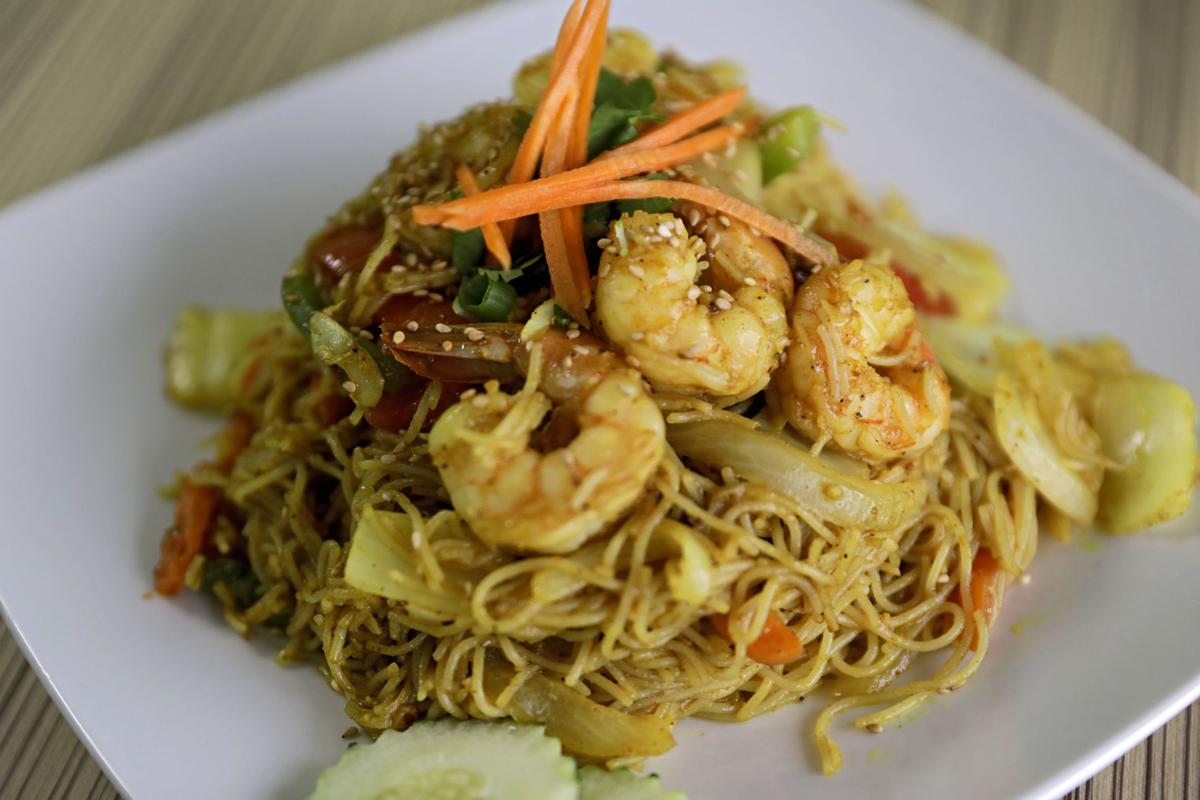 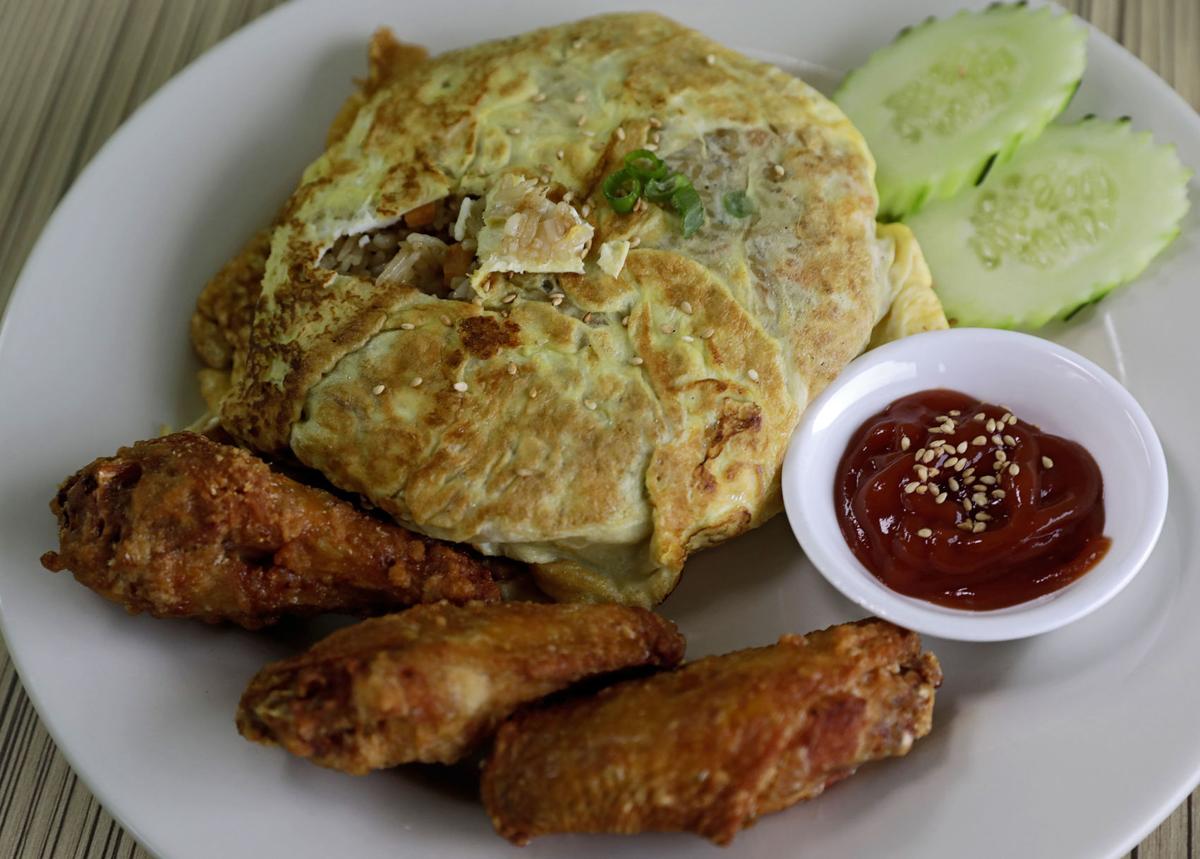 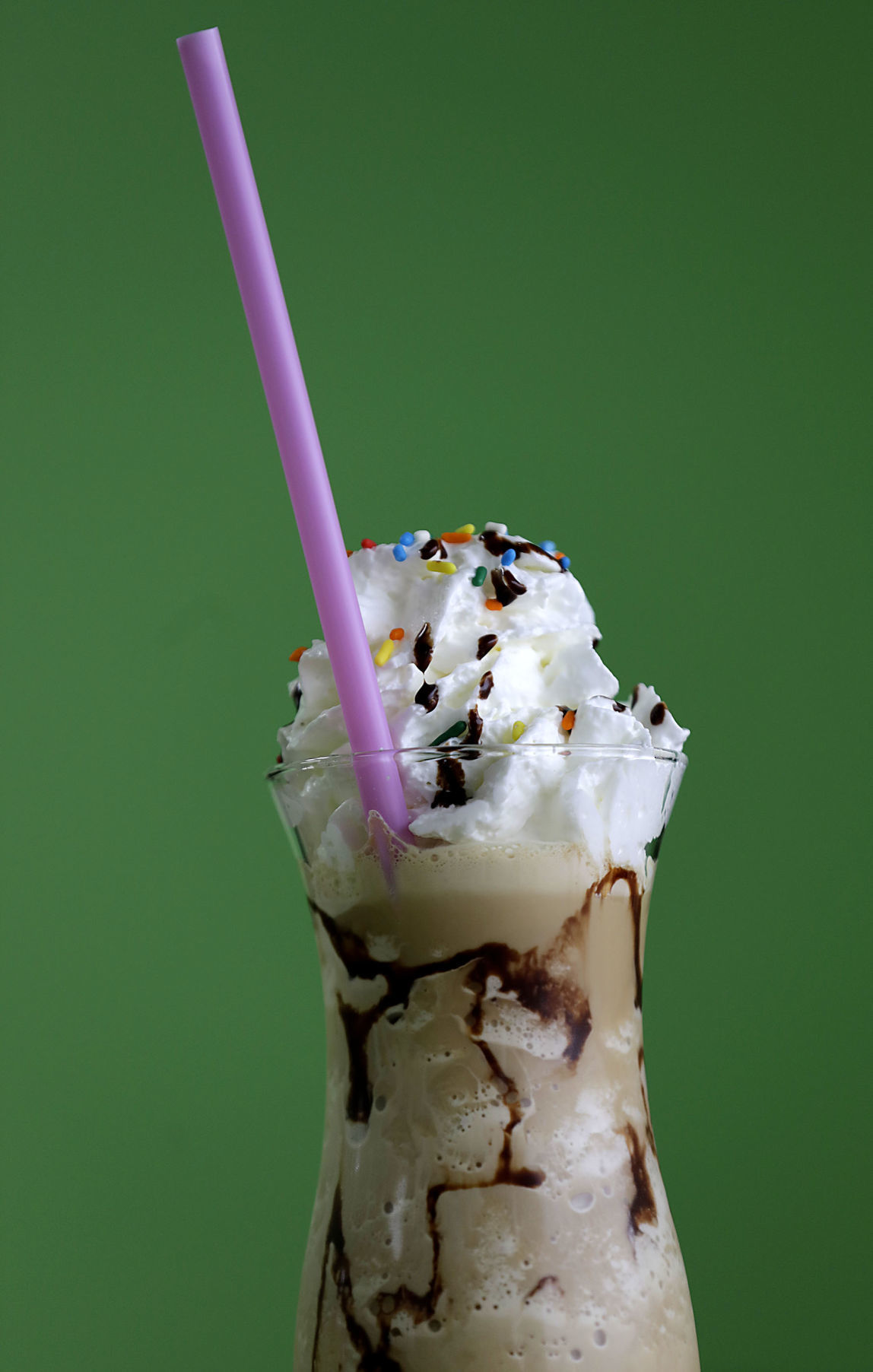 Coffee frappe is among the specialty drinks at Zogam Cafe. MIKE SIMONS/Tulsa World 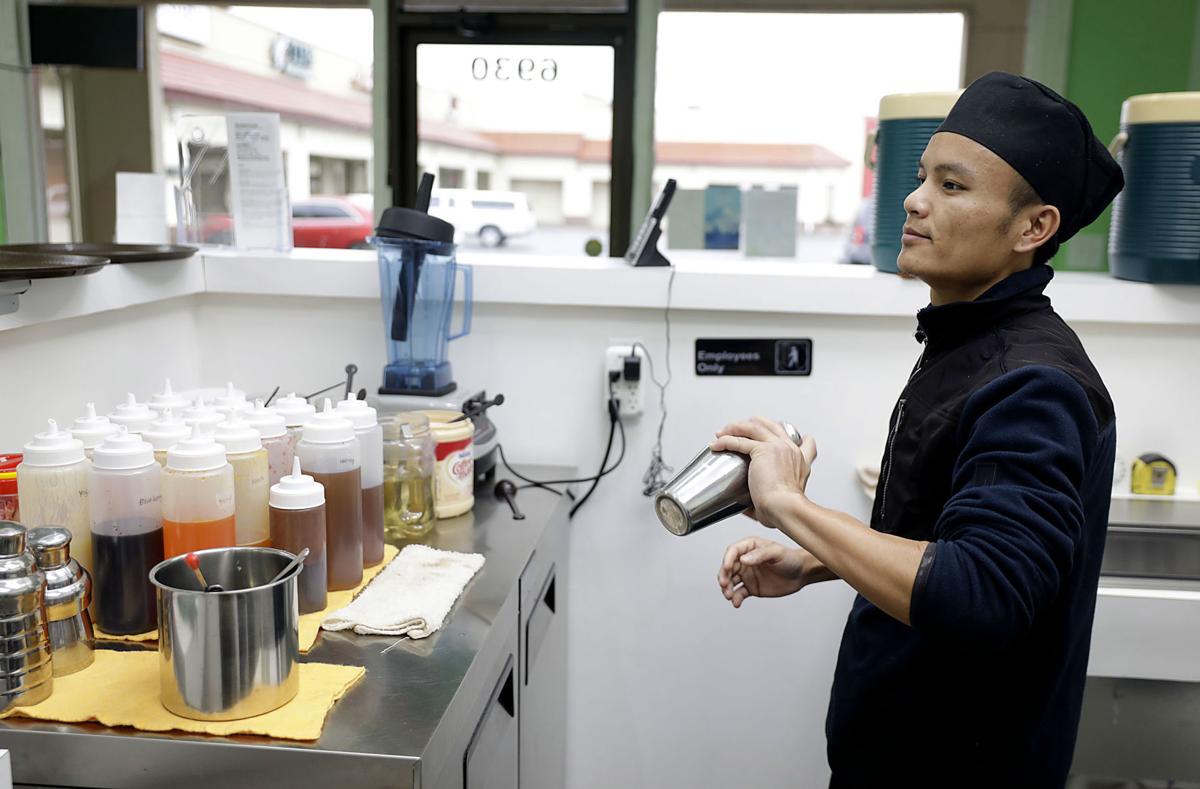 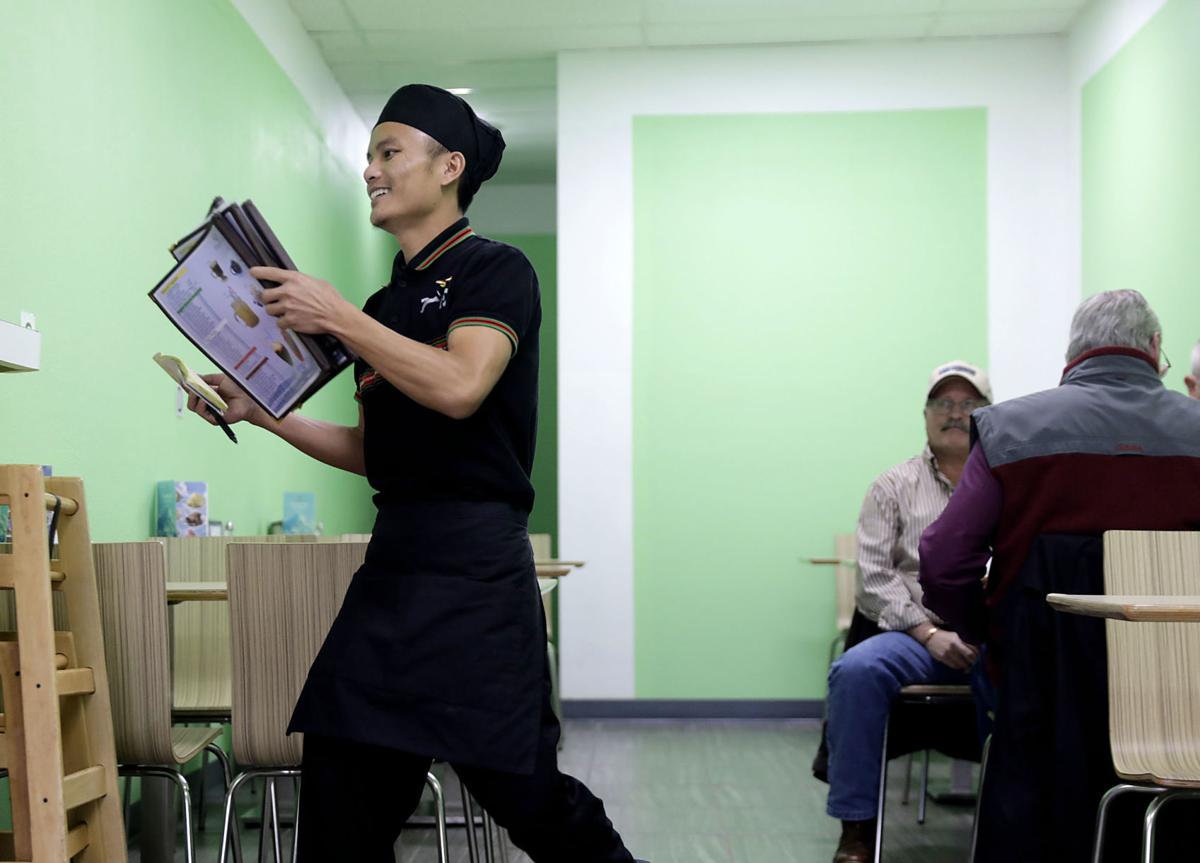 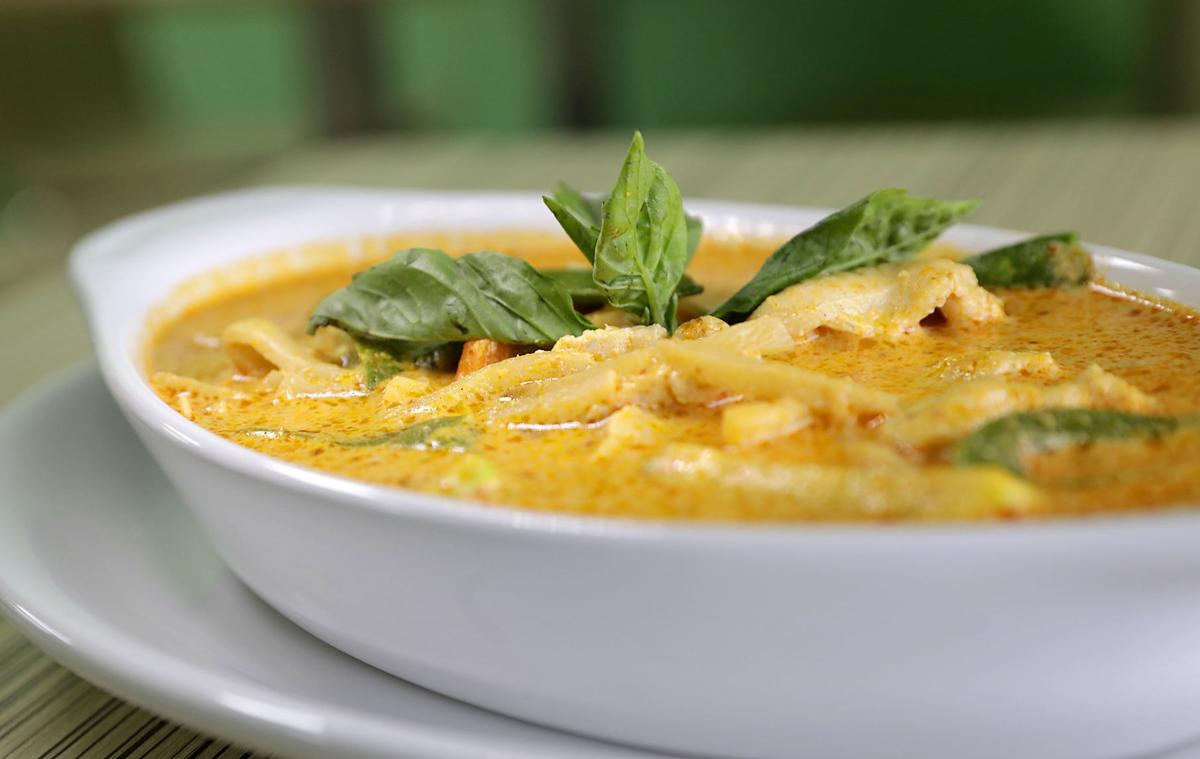 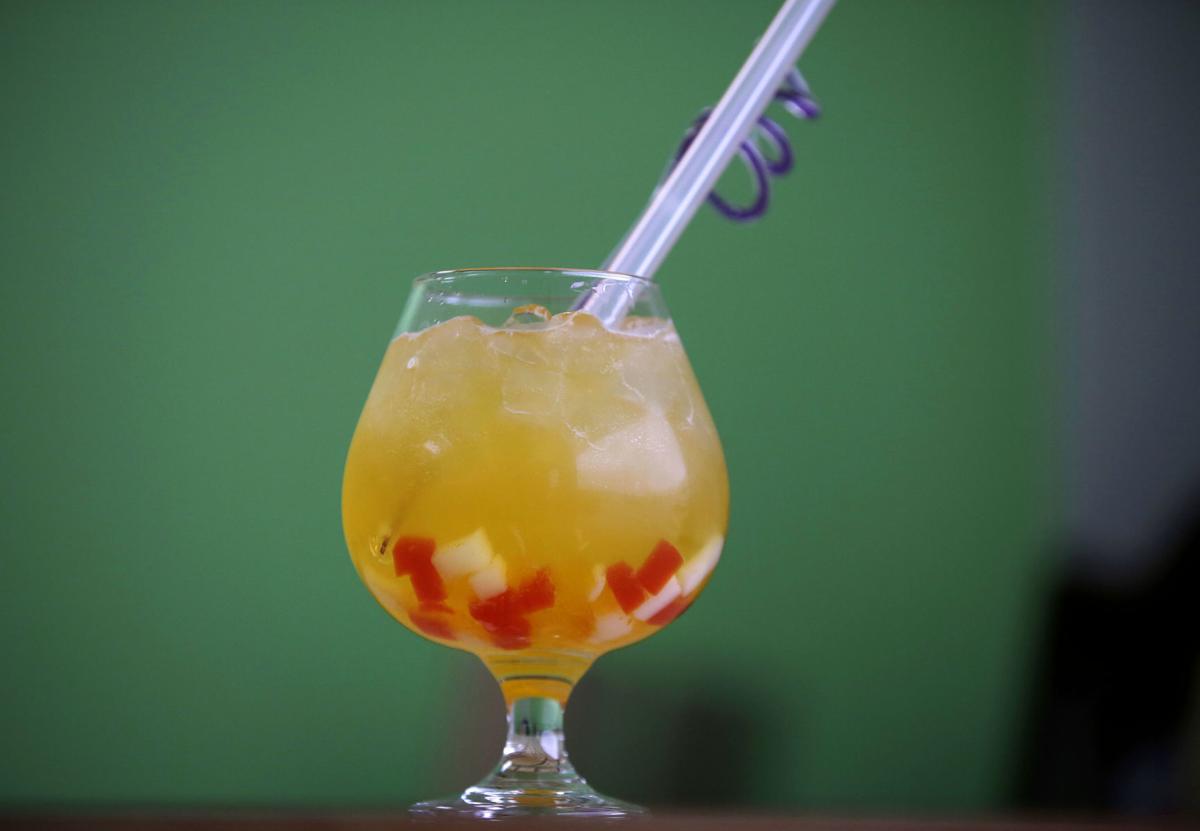 Coffee frappe is among the specialty drinks at Zogam Cafe. MIKE SIMONS/Tulsa World

The new Zogam Café, the newest ethnic restaurant to open in the Spectrum Center, offers an appealing mix of Thai and Malaysian dishes in a modern, shiny setting.

Owner Suan Mang developed his style of cooking throughout his travels in Malaysia and the U.S., where he has lived for the past seven years.

He is a native of Burma, the country now called Myanmar, and a member of the Zomi ethnic group, most of whom reside in the northern, mountainous Chin State.

Most of Burma is Buddhist and other religions. It is the Christian faith of the Zomi that has drawn an estimated 5,000 to 7,000 to Tulsa over the past 30 years. Some originally came to study at Oral Roberts University and most reside in that area, not far from the Spectrum at 69th Street and Lewis Avenue.

Mang had been cooking in Malaysia, where he also learned to make beautiful and delicious milkshakes, smoothies, frappes and teas, for about three years before coming to Tulsa.

“When I was in Malaysia, I had heard a lot of Zomi live in Tulsa,” Mang said. “I thought it would be easier to learn English if I was around other people I could understand and help learn it.”

The youthful-looking Mang said he left Tulsa to cook in a Thai restaurant in Florida for a couple of years but returned with the thought of opening his own restaurant. He opened Zogam Cafe in October.

Kai Burmese, also in the Spectrum Center, has Zomi owners, but its Burmese-style cuisine is much different than what is served at Zogam Cafe. Both are quite good, just different.

At Zogam, we started with a chicken satay appetizer ($7.95). We received five skewers of thin-sliced, tender chicken with a peanut dipping sauce and a small cucumber-and-onion salad. The chicken was tasty with or without the sauce.

At first glance, we thought the pad Thai came with five medium-sized shrimp, but as we made our way through the large mound of rice noodles that had been stir-fried with egg, scallions and bean sprouts, we found four more. The sauce was slightly sweet, likely due to a tamarind base.

The fried rice was plain enough, dotted with chicken, snow peas, carrots and scallions, but I loved the presentation. The whole dish was incapsulated in a fried egg, or probably two fried eggs, with some ketchup laced on top. The sauce was mild, and I added soy sauce from the table.

Everything came to the table piping hot, and all had pretty, thoughtful presentations.

The menu is rather extensive and offers a wide variety of choices, such as clay pot mussels, gyoza, fish cakes, Thai soups, curries, whole red snapper and noodle dishes.

The beverages and desserts were especially impressive. Jasmine tea ($2) came in a cute teapot with demitasse cups, and peach iced tea ($3.75) came in a jar with a handle. The latter tasted just like biting into a juicy, fresh peach.

Although we were taking a fair amount of food home, we just had to share one of the special desserts called snow ice, or milk ice floss. It was like a mound of fluffy, soft ice, not quite as thick as ice cream, served in a large goblet. Several flavors are available. Ours was vanilla with swirls of chocolate, and it came with cookie straws that looked like peppermint sticks, crushed peanuts and oddly tasty cubes of coffee gelatin.

Even if one doesn’t want a full lunch or dinner, Zogam Cafe would be a good spot to stop in for one of the specialty drinks or desserts.

The menus are in four colors and have photos of most of the dishes, which can be helpful.

The dining room was spotless. Tables and chairs resemble bamboo, and lime walls have white trim. As of now, no decorations are on the walls. The dining room seats 48 but feels more cozy.

In addition to Thai, Malaysian and Burmese, other cuisines found in the Spectrum Center include Korean, Japanese, Chinese, Eritrean-Ethiopian, coffee, sandwiches, doughnuts and an occasional food truck.