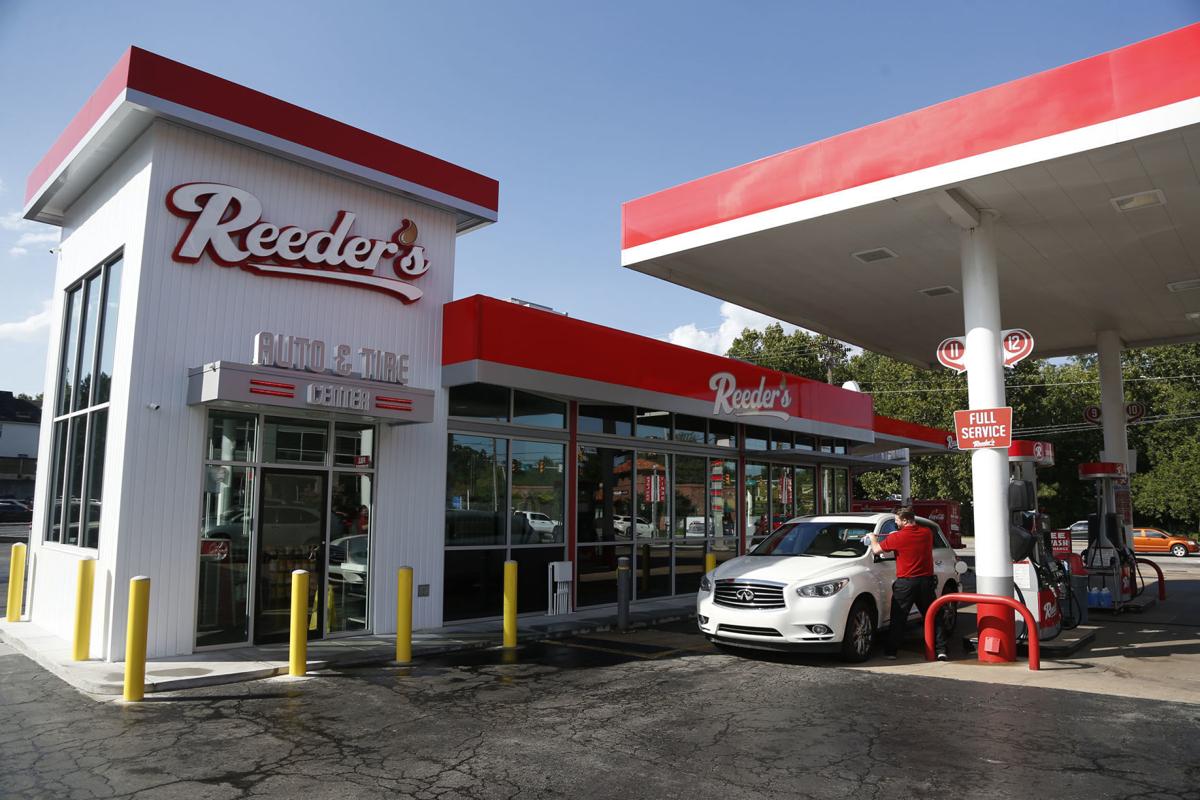 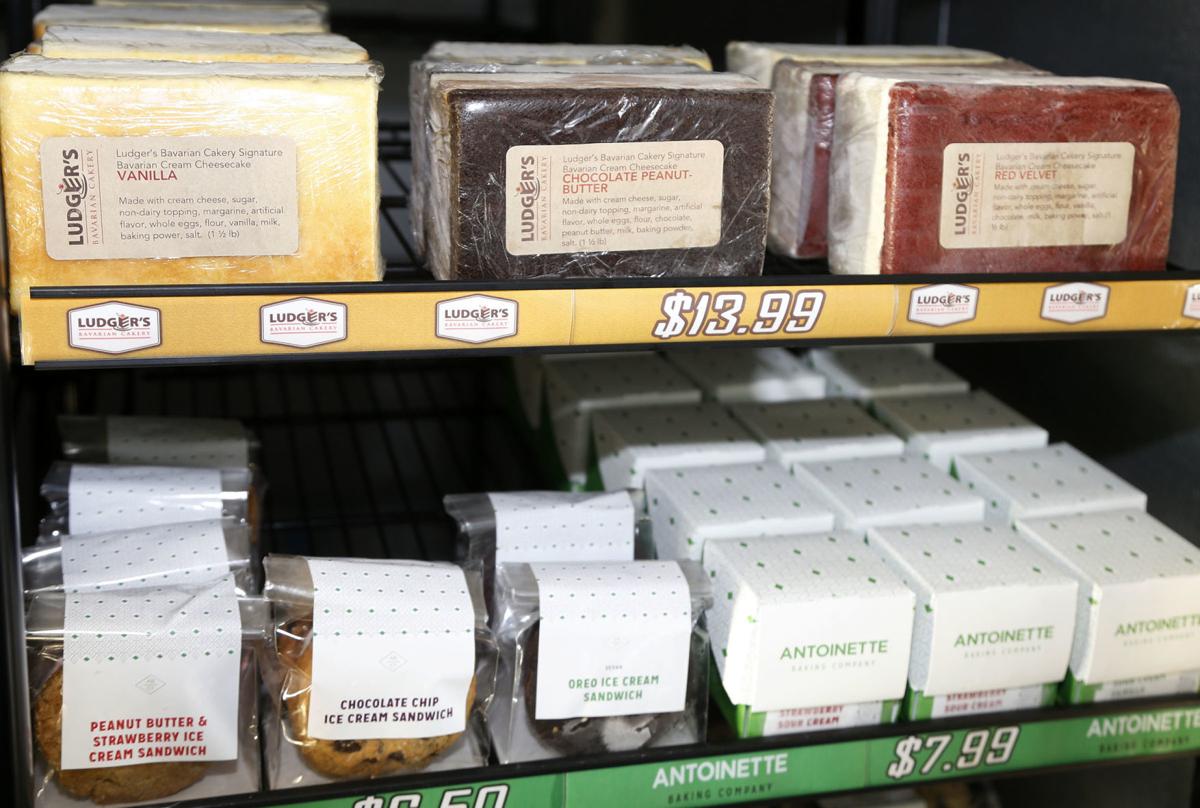 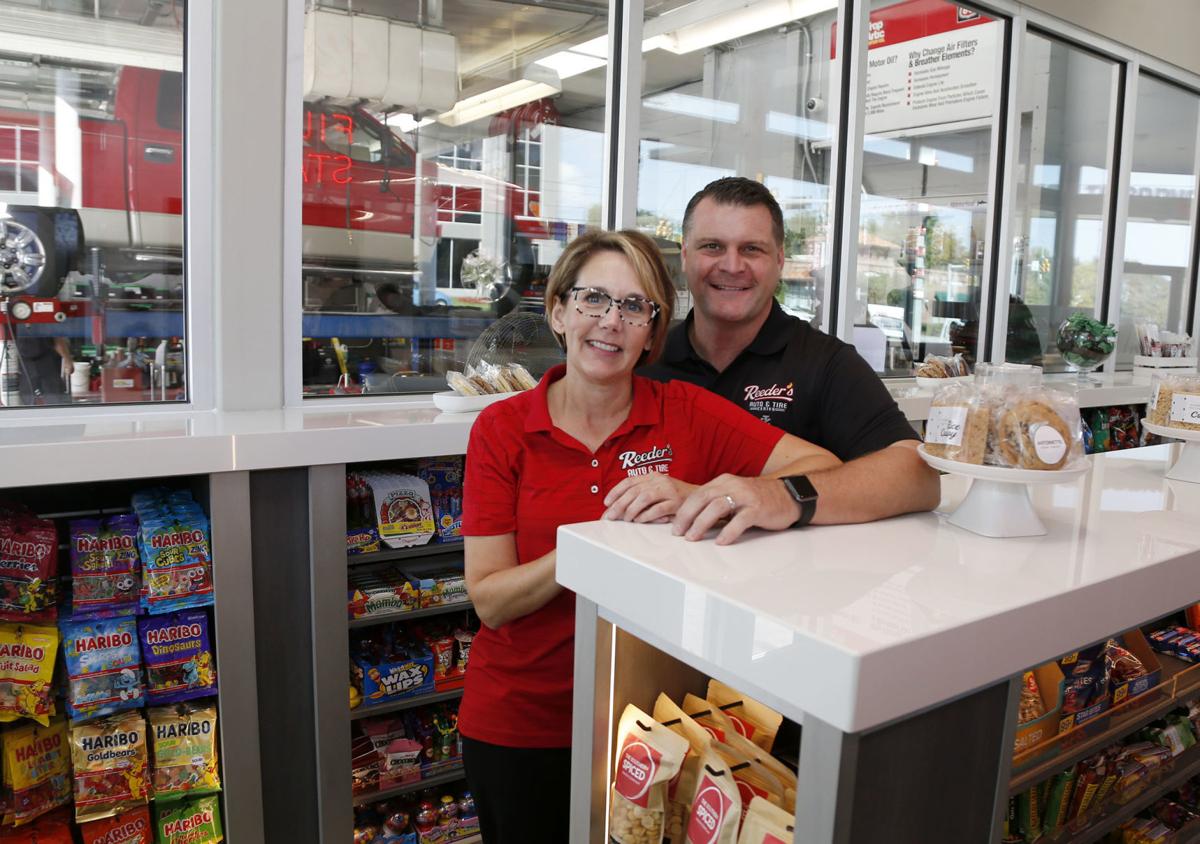 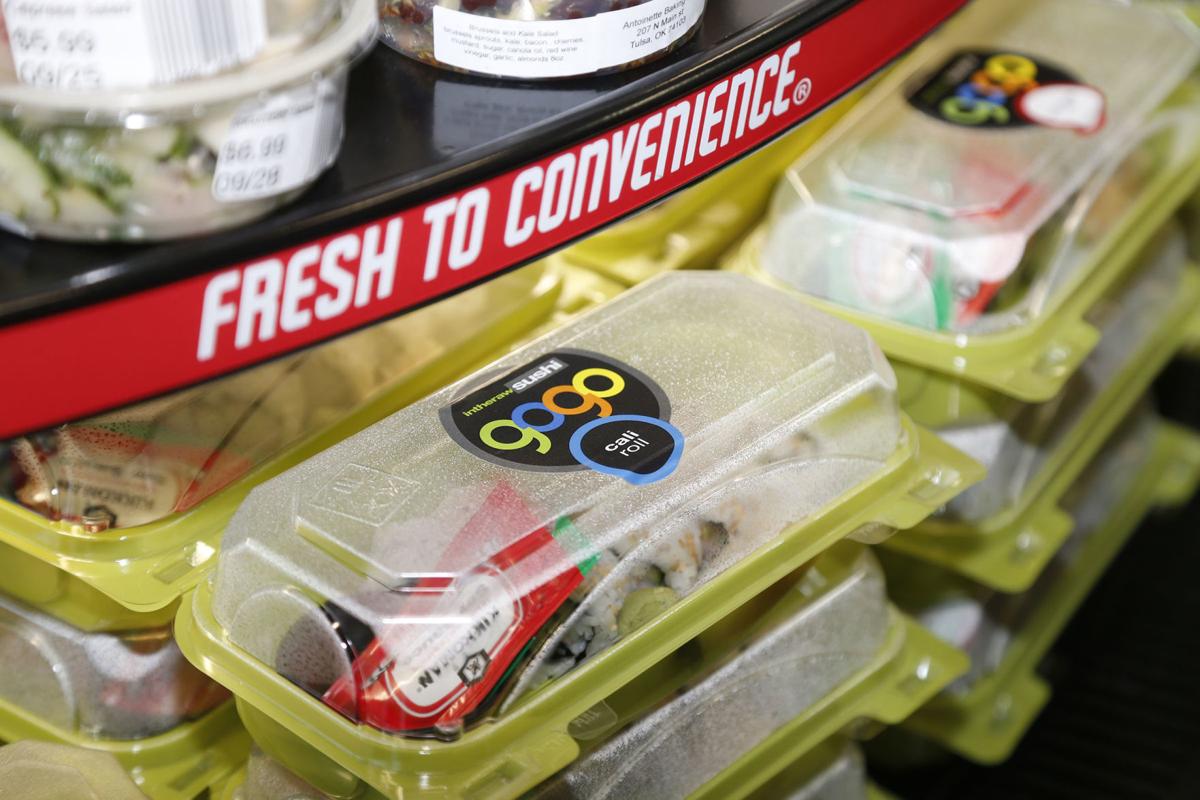 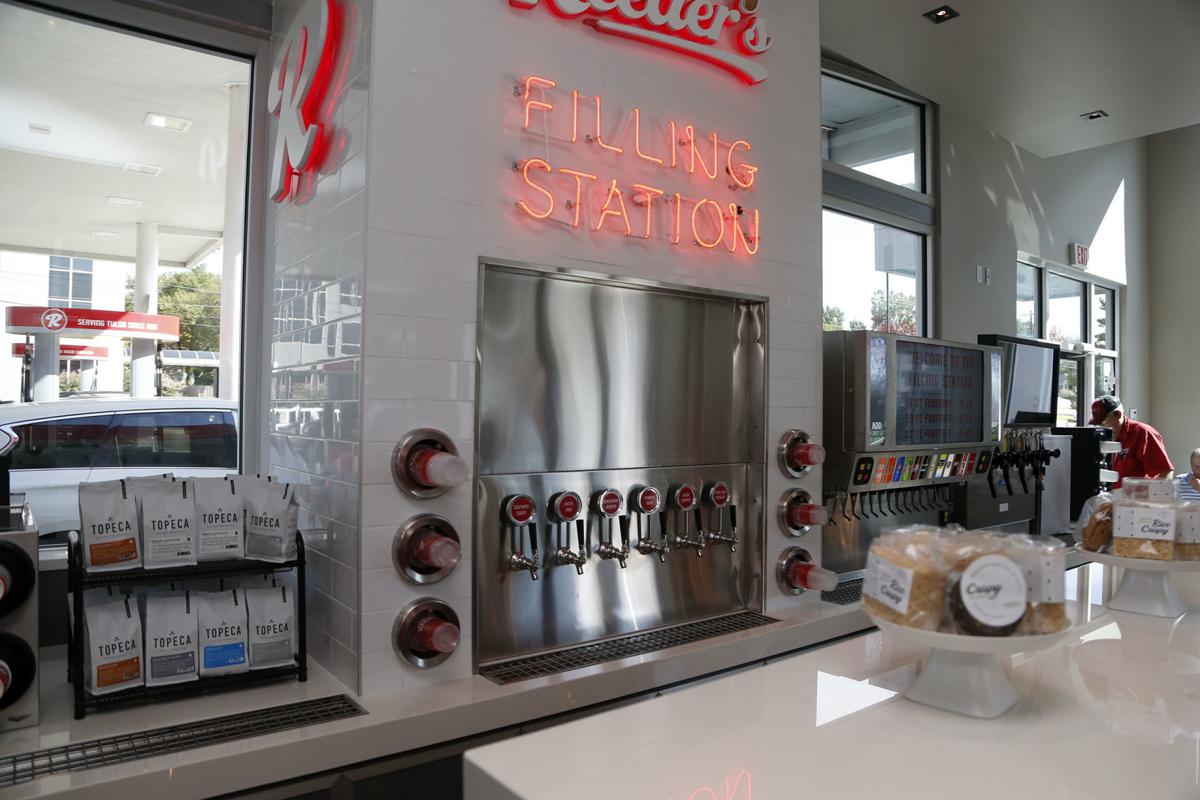 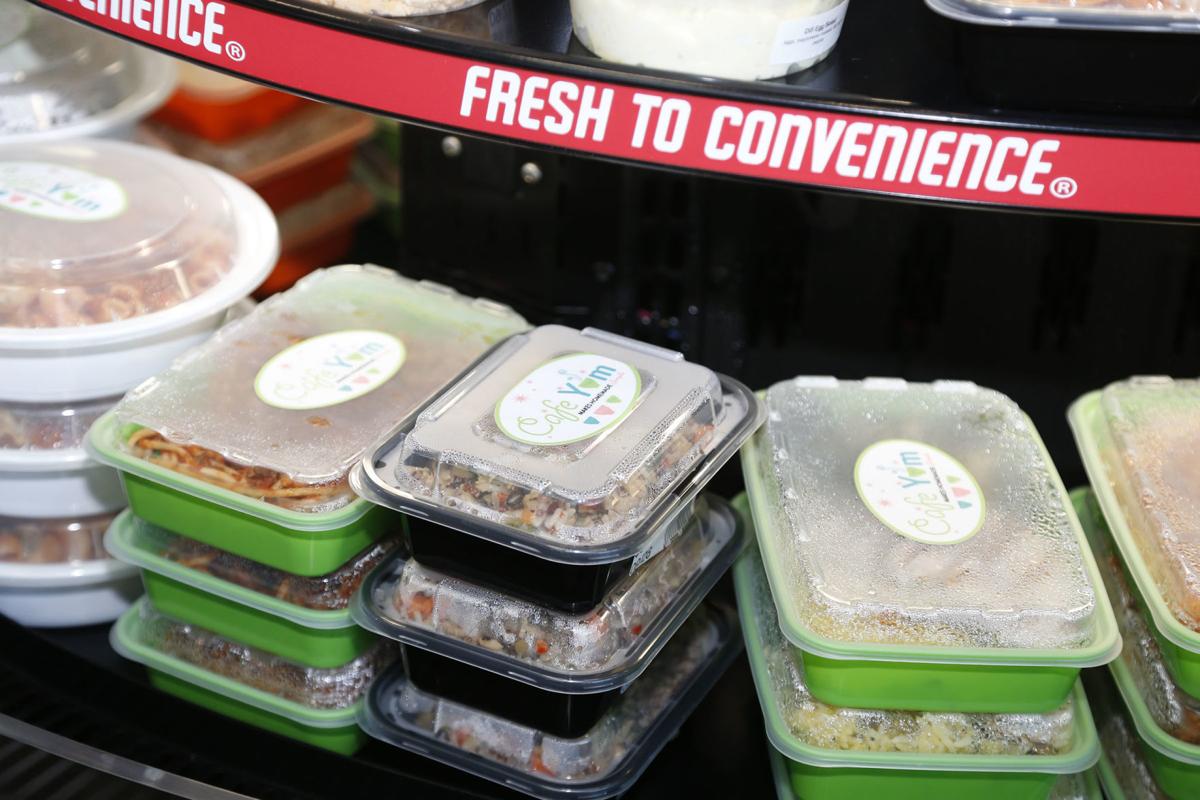 A variety of items from Cafe Yum, a new restaurant in The Farm Shopping Center, are available at Reeder’s Auto & Tire Center. STEPHEN PINGRY/Tulsa World 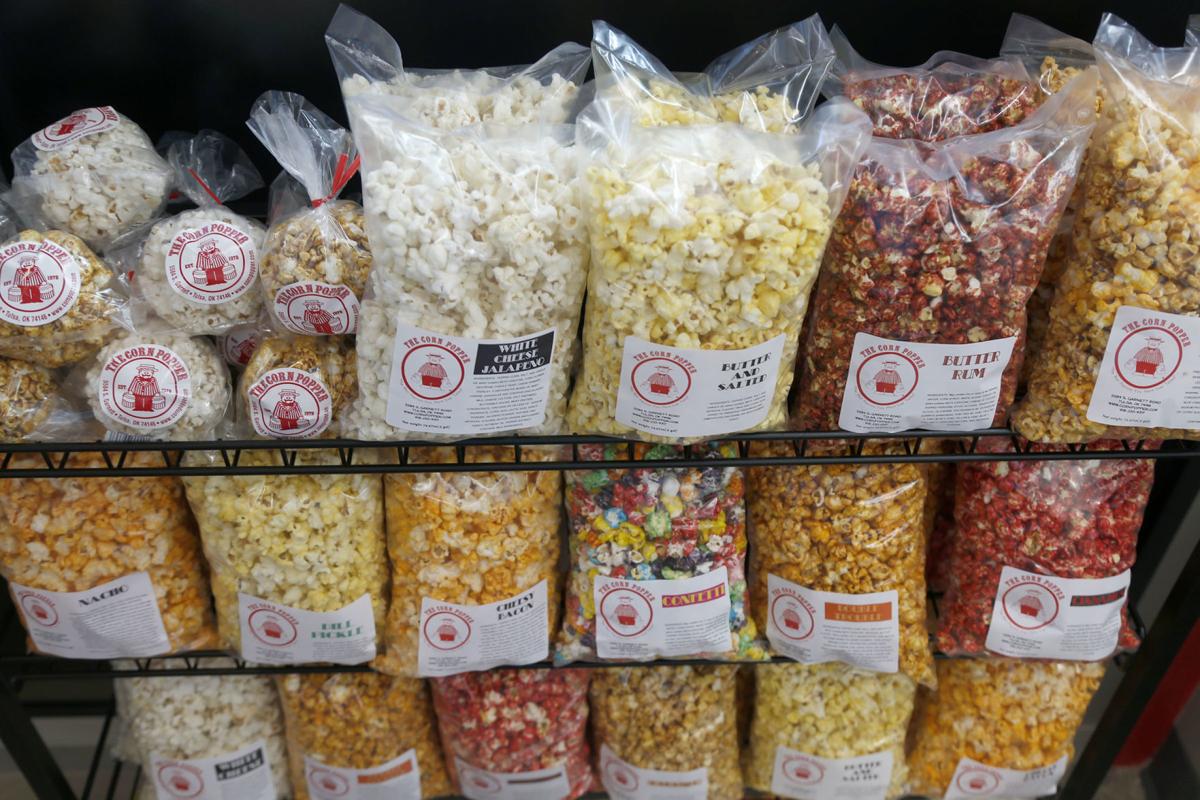 A variety of items from Cafe Yum, a new restaurant in The Farm Shopping Center, are available at Reeder’s Auto & Tire Center. STEPHEN PINGRY/Tulsa World

When Molly Martin of Antoinette Baking Co. was consulting with Cheryl Reeder about the new convenience store concept at Reeder’s Auto & Tire Center, Martin made a prediction.

“Molly said she figured we might sell 10 to 12 rice crispy treats a week,” Reeder said. “We’ve been selling close to 100 a week. We’ve exceeded our expectations all over the store.”

Some might say Reeder and husband Ross Ledbetter took a gamble when they remodeled and expanded the service station’s convenience store area recently and stocked it with mostly Tulsa-area and Oklahoma food and drink products.

“Our desire to change the layout started three years ago,” Ledbetter said. “We hired architect James Boswell and Landmark Construction to do the design and build out.

“Our concept was to have fresh foods and enough so people don’t have to get the same thing every day. We can’t be everything to everyone, but we have to be something to somebody. Our midtown demographics allowed us to do that.”

Reeder said she was motivated by her own vision for the store.

“I went to culinary school after college and always have been a foodie, even a food snob,” she said. “I saw what was being offered in other convenience stores and thought we could do better. It started with local beef jerky. It was a hit and it just went from there.”

Here is a sampling of what customers will find in the new space from local providers. Companies are Tulsa-based unless otherwise noted.

• Weber’s Superior Root Beer — it holds the No. 1 slot on the soft drink station, next to Coca-Cola products. I can’t recall seeing it on tap previously.

• In the Raw Sushi — delivers selection of sushi rolls every Wednesday.

• Frank’s Gourmet Peppinade — a dry seasoning from the nephew of Hasty Bake founder. “People put it on everything,” Reeder said.

• J&J Critters from Mustang — pork rinds that pop in the microwave.

• Six flavors of house-brewed ice tea on tap. Teas are half price on Thursdays. “We had to install a commercial kitchen for the tea operation,” Reeder said.

Blake Harris was hired as operations manager for the store. Service manager Tom Goodson has been with Reeder’s for 45 years.

“They do a great job,” Reeder said.

A daughter, Mary, is a student at Oklahoma State University, and a son, Reeder, is in school at Cascia Hall.

“Mary worked here all summer, and she does a lot of research for us,” Reeder said.

Cheryl’s grandfather, J.B. Reeder, started Reeder’s at Third Street and Utica Avenue in 1961. Her father, Leroy, bought the station in 1963 and moved it to 21st Street and Lewis Avenue in 1969.

It was a branded Texaco station for 43 years and a Phillips 66 store for 10 years. Reeder’s went independent in 2013, the last big remodel for the station.

“This is Cheryl’s concept, and it’s great to see the fulfillment of her dream,” Ledbetter said.