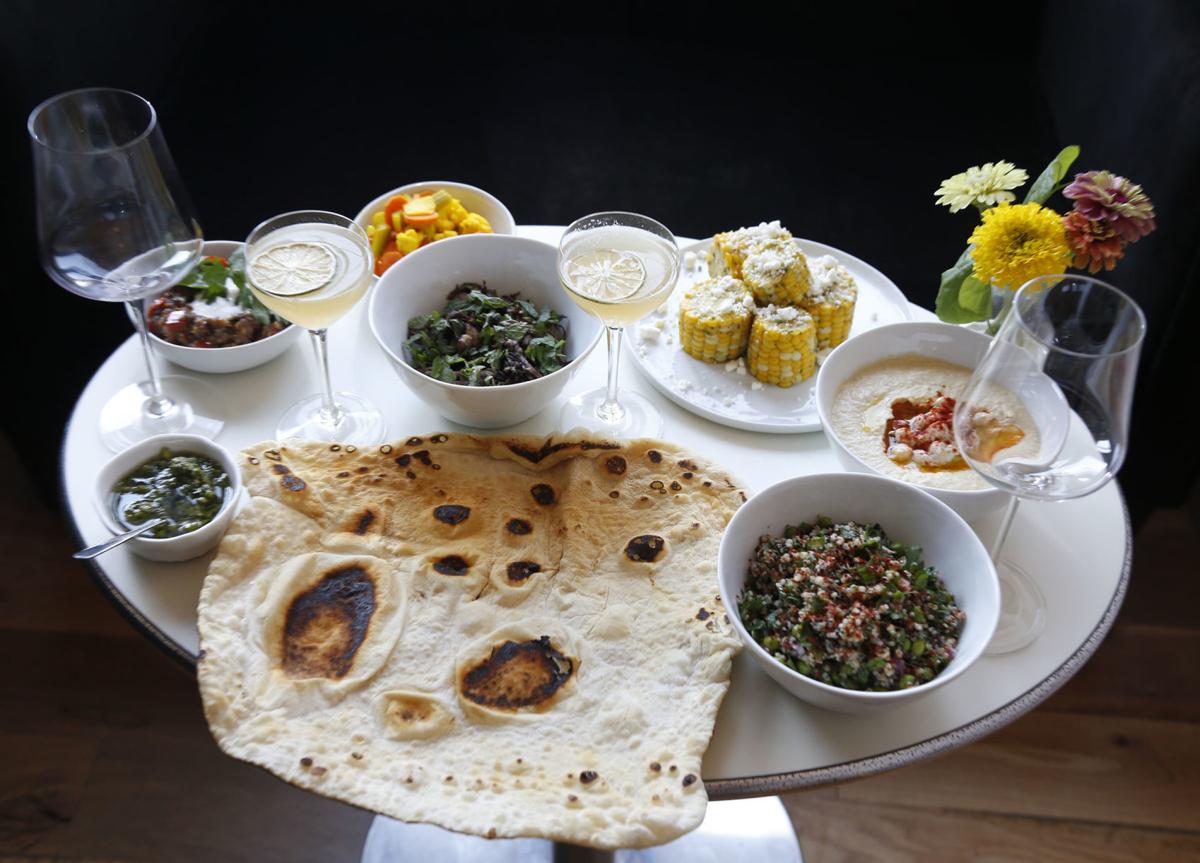 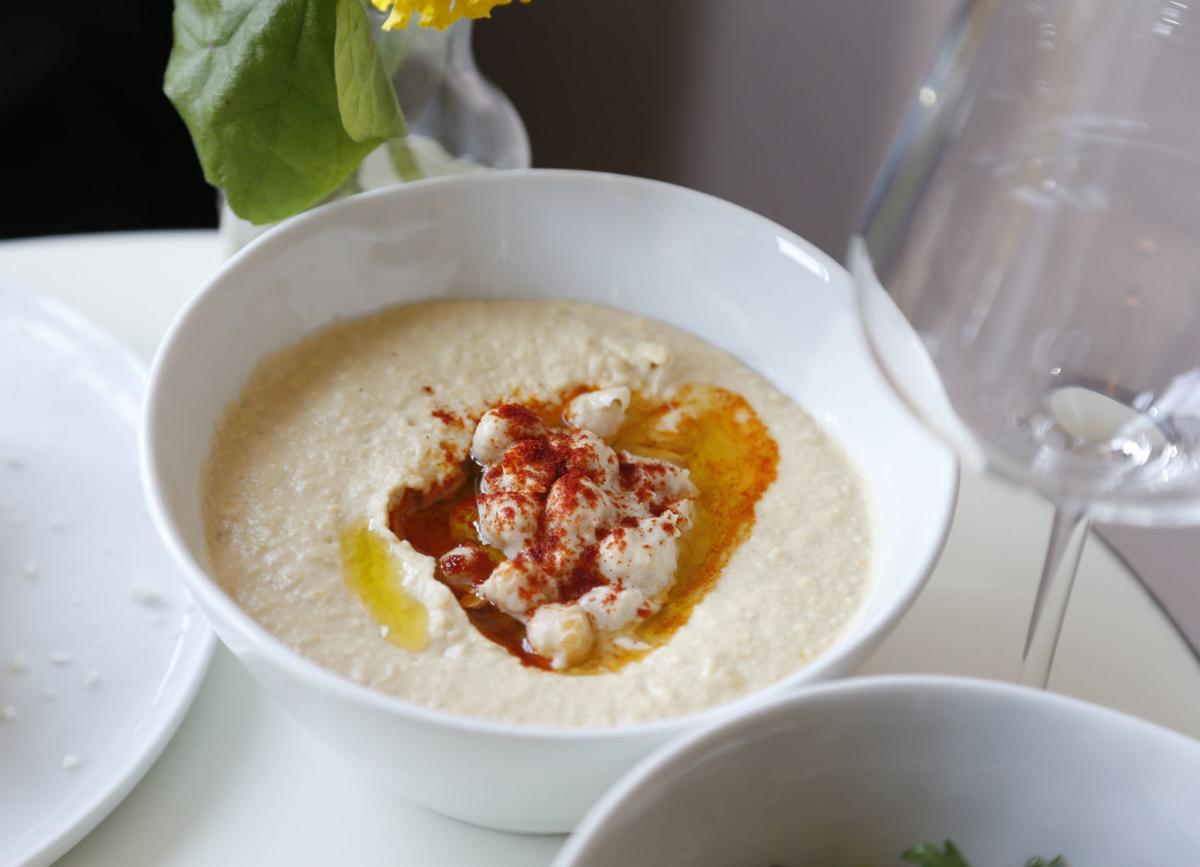 Hummus masabacha focuses on tahini and garbanza beans rather than the more common lemon and garlic. STEPHEN PINGRY/Tulsa World 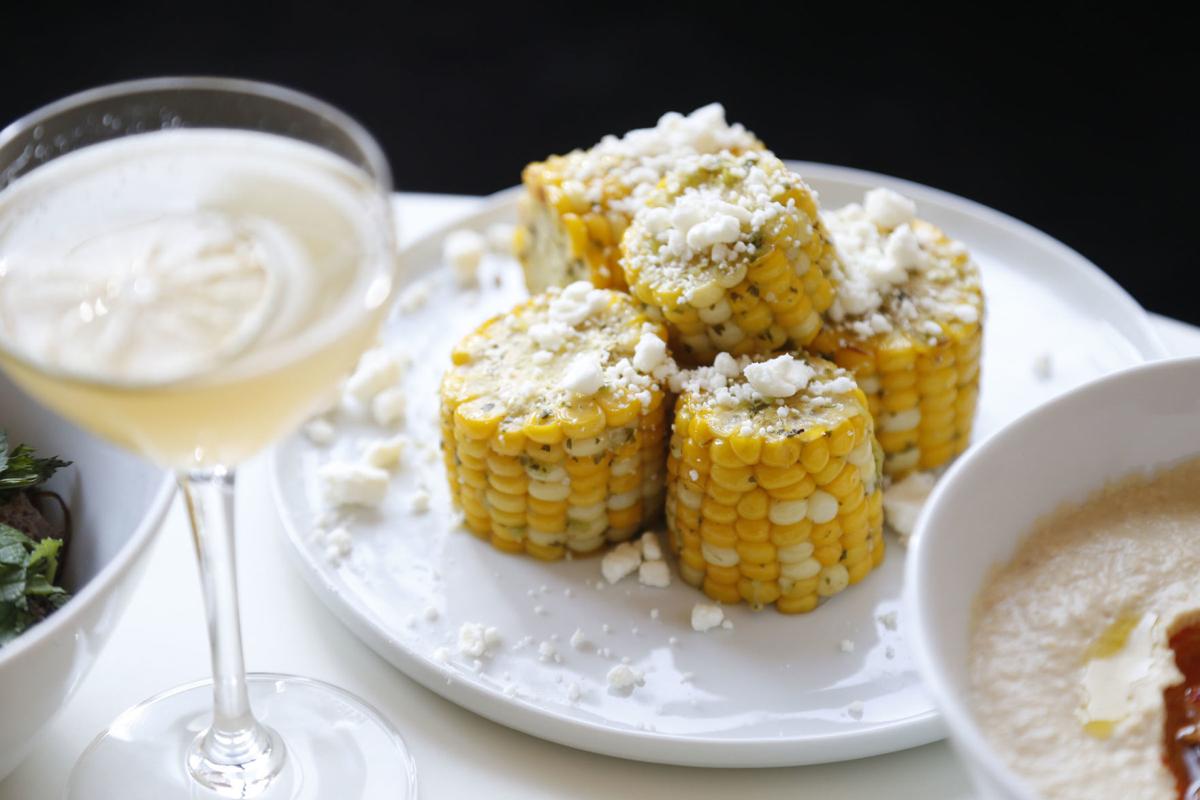 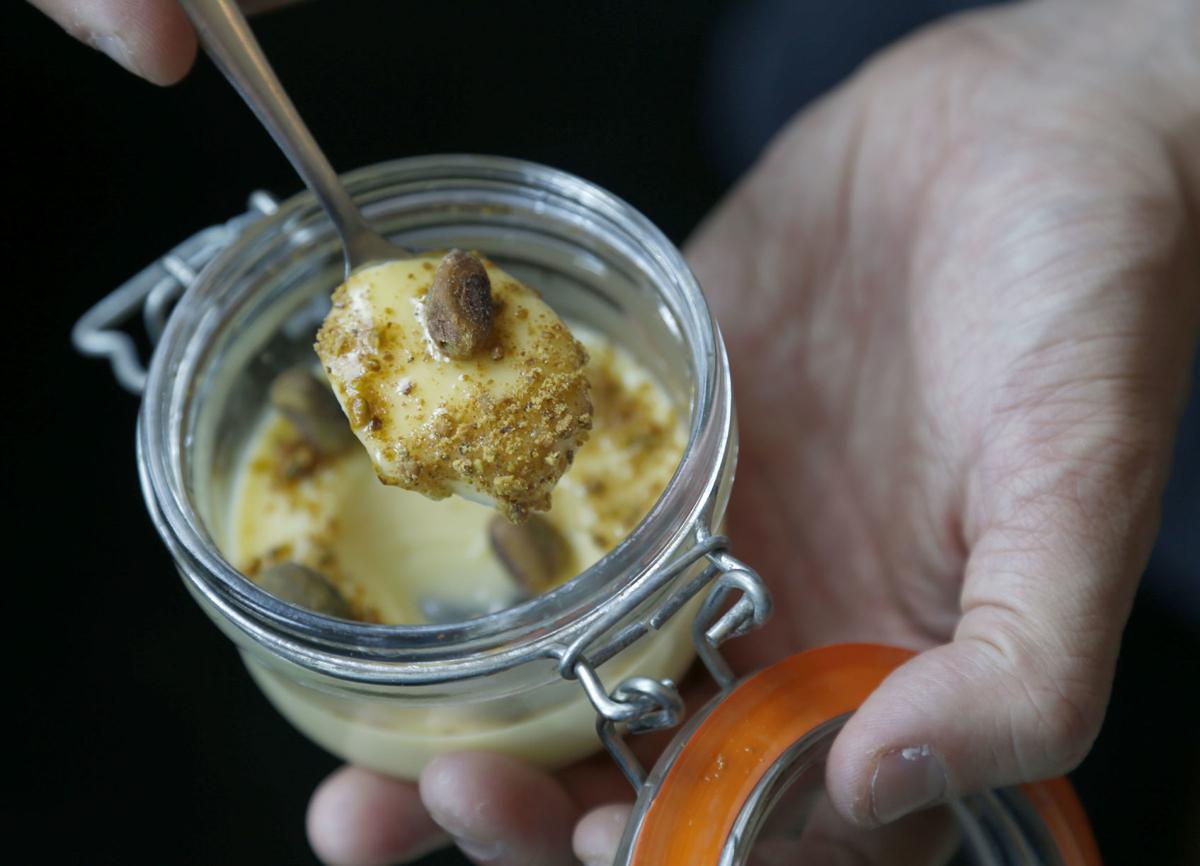 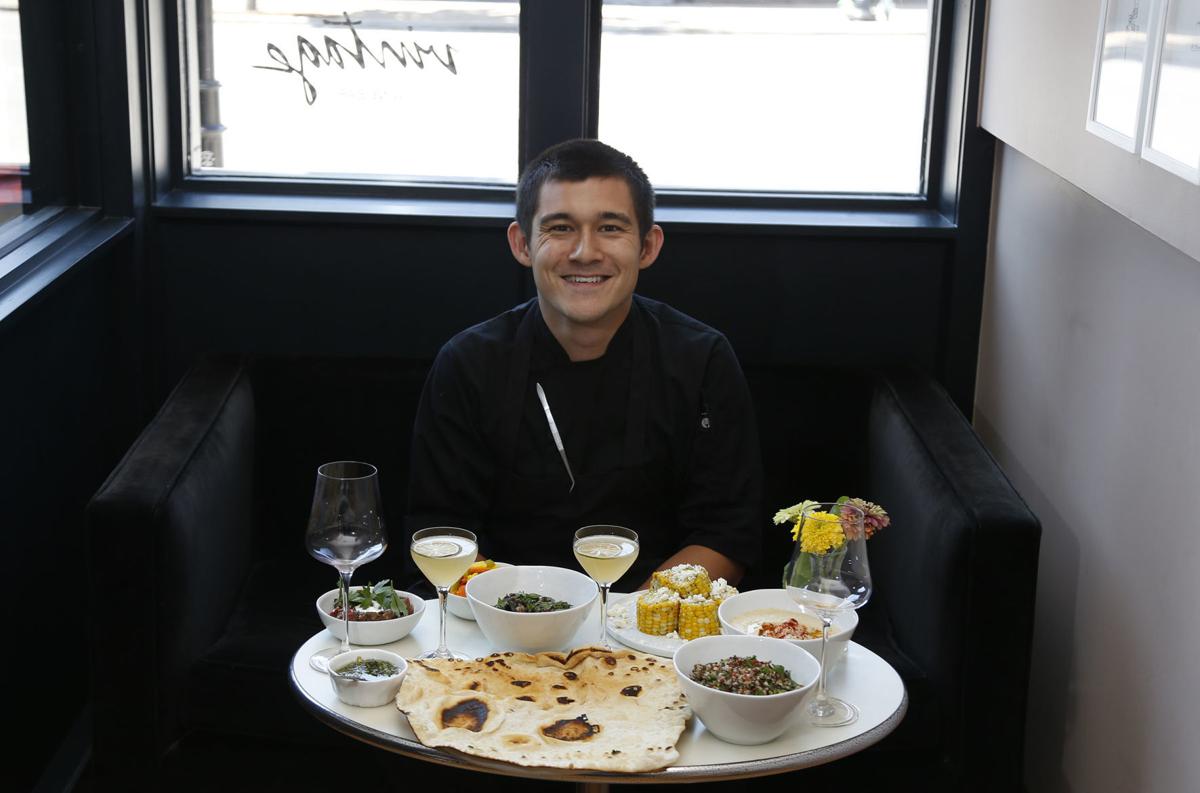 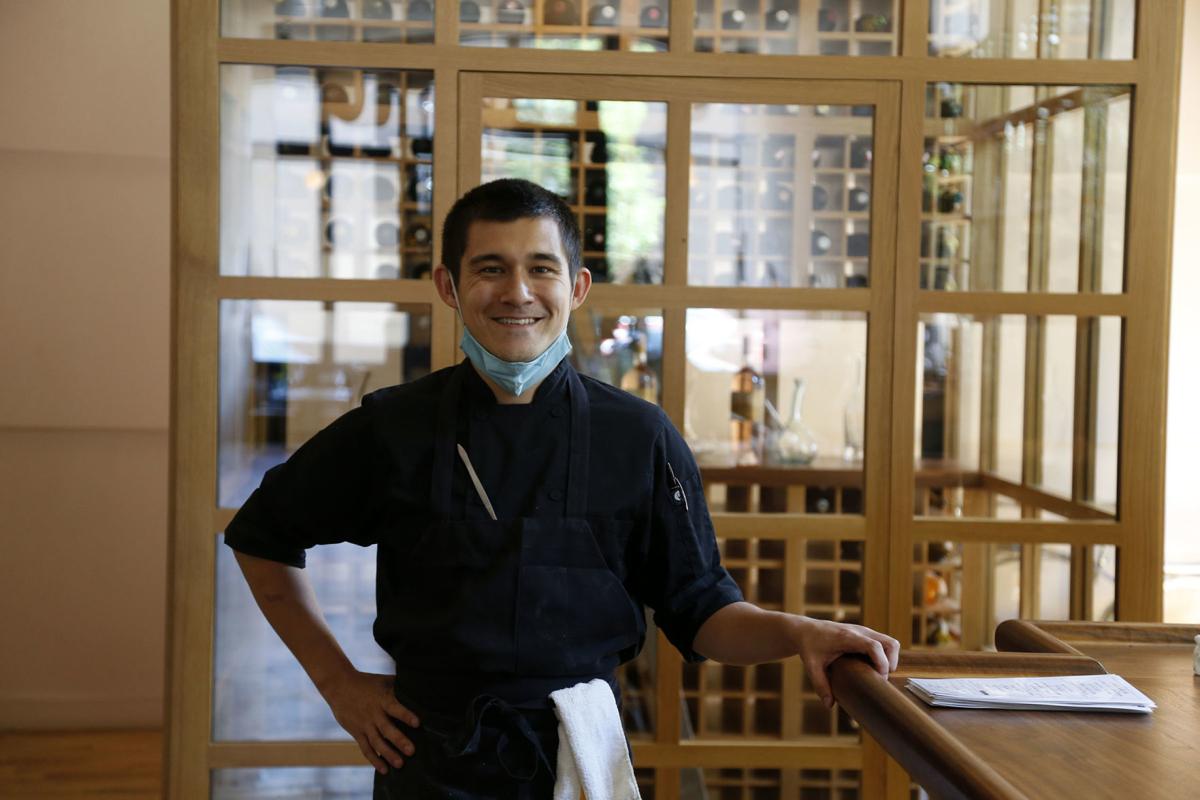 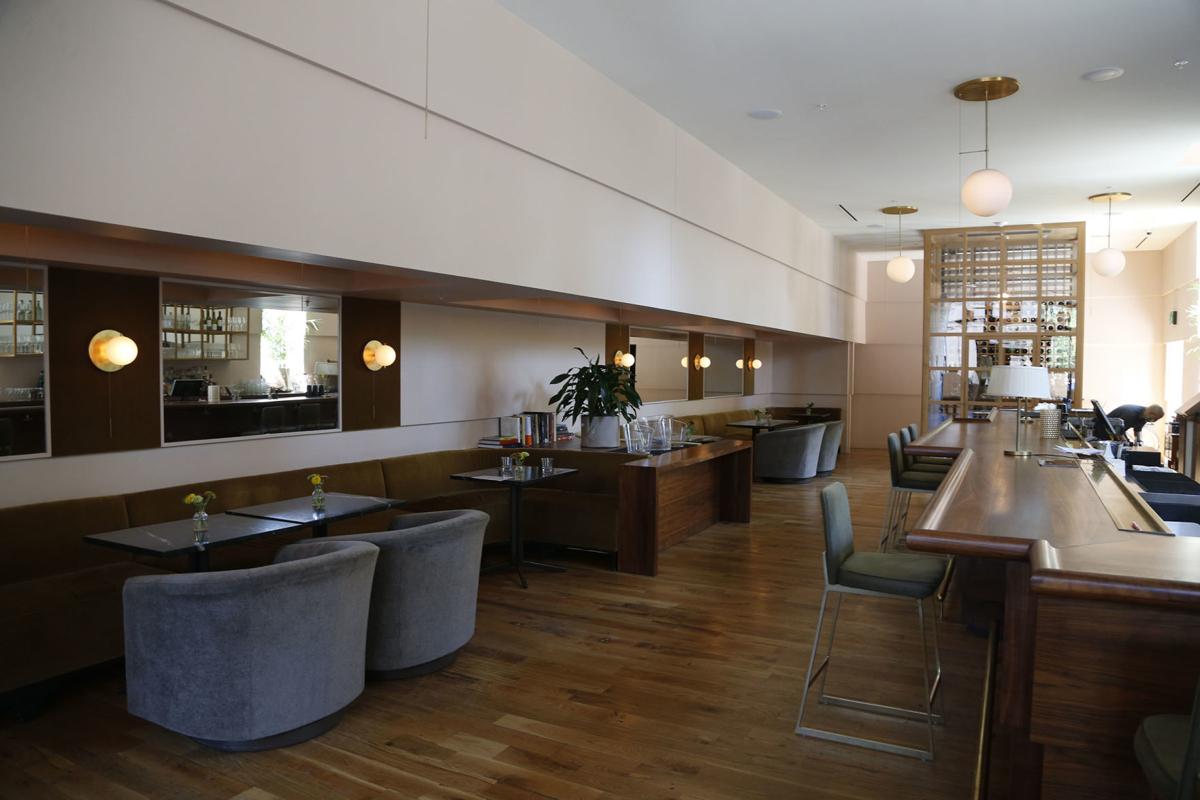 Hummus masabacha focuses on tahini and garbanza beans rather than the more common lemon and garlic. STEPHEN PINGRY/Tulsa World

CORRECTION: The spelling of Erik Erquiaga's name has been corrected.

When Vintage Wine Bar was forced to shut down temporarily because of the coronavirus pandemic, owner Matt Sanders and executive chef Colin Sato spent the time off formulating a new plan for the future.

It had only been a few months since Sato was hired to implement a food menu in the new kitchen at the wine bar, which moved from 17th Street and Boston Avenue to its current spot on First Street in July 2018.

That original menu included only eight dishes, and outside of the cheese board and charcuterie board, nothing cost more than $6. The appetizer-type dishes were billed as international bar food.

Sato said they were satisfied with the original plan, but he and Sanders came up with what they hope will be a better vision — themed prix fixe dinners with two seatings a night and reservations required.

“We wanted them to feel like family dinners and more informal than formal,” Sato said. “We began formulating the dinners as soon as we shut down.”

The first month features an eight-course Iraeli-inspired dinner with (optional) wines from Israel and Lebanon. Cost is $40 per person for the food. A red wine, white wine and two cocktails are $20 to $35 extra, depending on one’s choice of wines.

“It’s about what you would expect to pay for a special occasion, and considering the amount and quality of the food and wines, it’s a good value,” Sato said.

The Israeli menu will be offered through July 11. The following menu will feature Mexican fare.

“We have it planned out for the next 16 months,” Sato said. “We will have a summer cookout and a lot of things to look forward to.”

Seatings are at 6 p.m. and 8:30 p.m. Tuesday-Saturday. Because of current social distancing guidelines, each seating is limited to 26 diners.

For those considering the Israeli dinner, here’s a rundown of what to expect.

Those ordering the wine and cocktails are greeted with the Bedouin cocktail, a mix of black lime-infused vodka, lime, simple sugar and soda developed by bartender Erik Erquiaga.

Black limes, thought to have originated in Oman, are limes blanched in salt water and left to sun dry. They are tart and pungent, and the darker they turn the bigger the flavor. The Bedouin is a sprite, tasty cocktail that prepares the palate for what is to come.

A large, round laffa or flatbread serves as the bread pairing for each course, starting off with hummus masabacha, which includes a few whole garbanzo beans mixed with the smooth hummus.

“The hummus focuses on tahini and garbanzo beans rather than lemon and garlic you are familiar with in other Middle Eastern hummus dishes,” Sato said.

The only meat dish starts with shredded braised leg of lamb and is served with pomegranate molasses.

“The lamb is brined for 48 hours and braised for eight hours,” Sato said. “It’s very tender and flavorful.”

A tabouli course features quinoa instead of the more common bulgur and includes peas and mint. In the next course, halved ears of corn are slathered with schug butter and feta cheese.

“Schug butter is something like a chimichurri,” Sato said. “Cardamom is the first flavor you hit.”

Pickled cauliflower, carrots and celery from Hungry Duck Farm, on the Keystone Peninsula about 30 minutes from Tulsa, is served ahead of twice-cooked eggplant with onions, coriander and red bell pepper.

“One of our cooks works at Hungry Duck and brings in the veggies,” Sato said.

The dinner is capped with a decadent rosewater pot de crème.

“It has the flavor of baklava with raw honey and pistachio,” Sato said.

Vintage specializes in quality, hard-to-find wines, and Sanders said the wines offered with the dinners are no exception.

“I think when our customers know we stand behind these wines they are more likely to try them,” he said. “If they like them, they can buy a bottle at the end of the night at a huge discount.”

Sato said he is looking forward to the Mexican-themed dinner, which kicks off July 14. Details will be available on the Vintage Wine Bar’s website and Facebook page.

“A lot of people think of Mexican food as kind of heavy, but that’s not necessarily the case,” said Sato, who is of Japanese-American heritage. “Ours will be a little experimental and a lot of fun. You might even see a little Japanese-Mexican fusion.”

After restaurants shut down in March, we curtailed traditional restaurant reviews and focused instead on restaurant-related news and features, food truck features and generally topics we had little time to pursue in the past.

We will continue to provide those types of articles, and now that the majority of restaurants offer dine-in service (with social distancing guidelines), we have a little more leeway in our review plans.

We are inclined to continue to postpone full reviews of new restaurants where atmosphere and table service are an integral part of the dining experience. Otherwise, on ones we do review, we may award star ratings on the food only and cover general ambience and service in the main article.

Of course, the restaurant scene could be fluid for months, and we will adjust accordingly. We will keep readers updated on openings, closings and other restaurant news as they become available and hope for better days ahead.