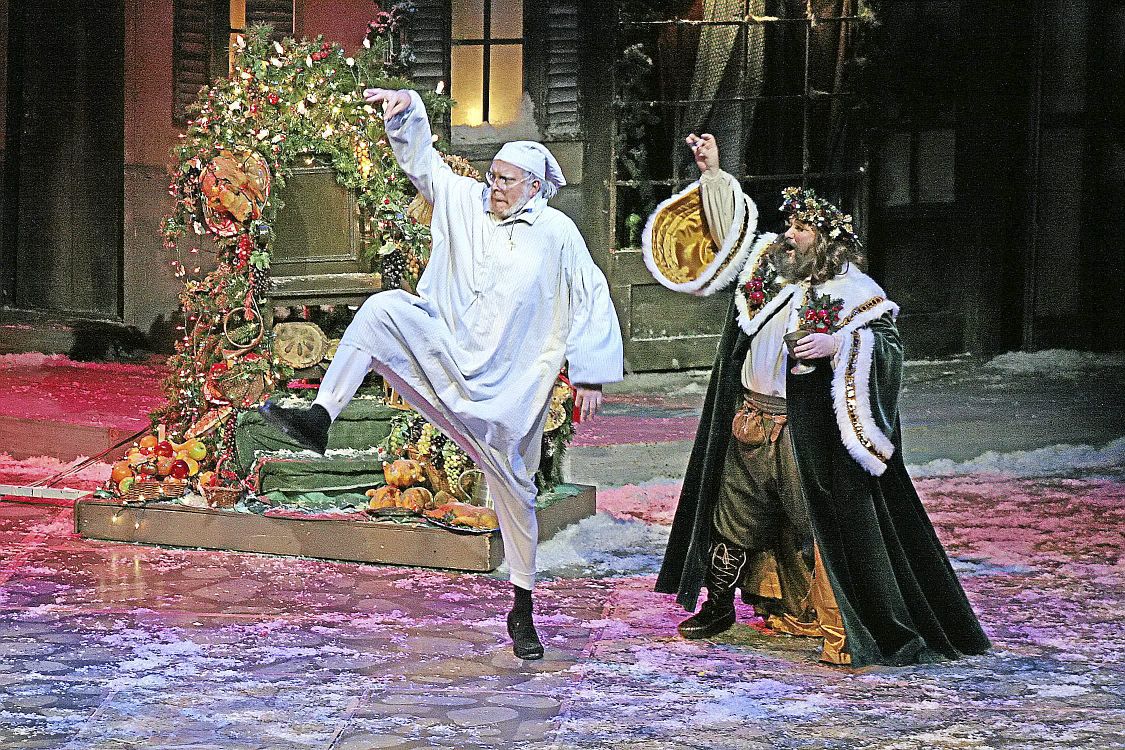 American Theatre Company’s annual production of this musical adaptation Charles Dickens’ famed tale is one of the longest-running productions of this story in the country. Michael Ervin/Tulsa World file 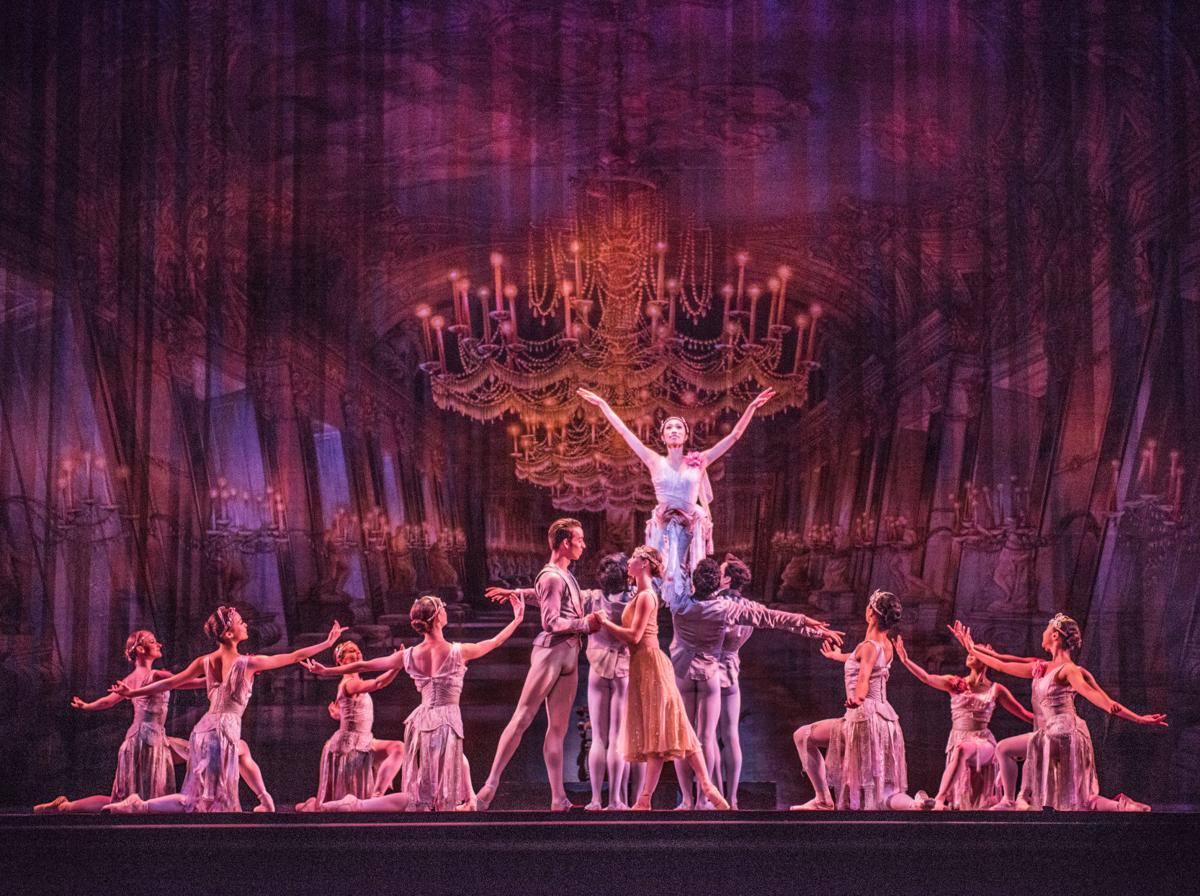 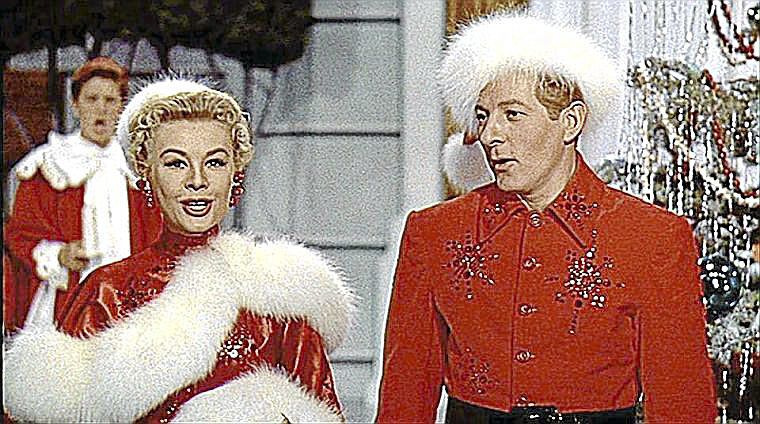 At Circle Cinema, you can see the 1954 holiday favorite “White Christmas” and sing along with the songs at special screenings with an emcee and props. Courtesy

A lamplighter makes his rounds in the opening scene of American Theatre Company’s “A Christmas Carol.” Courtesy/Michael Ervin 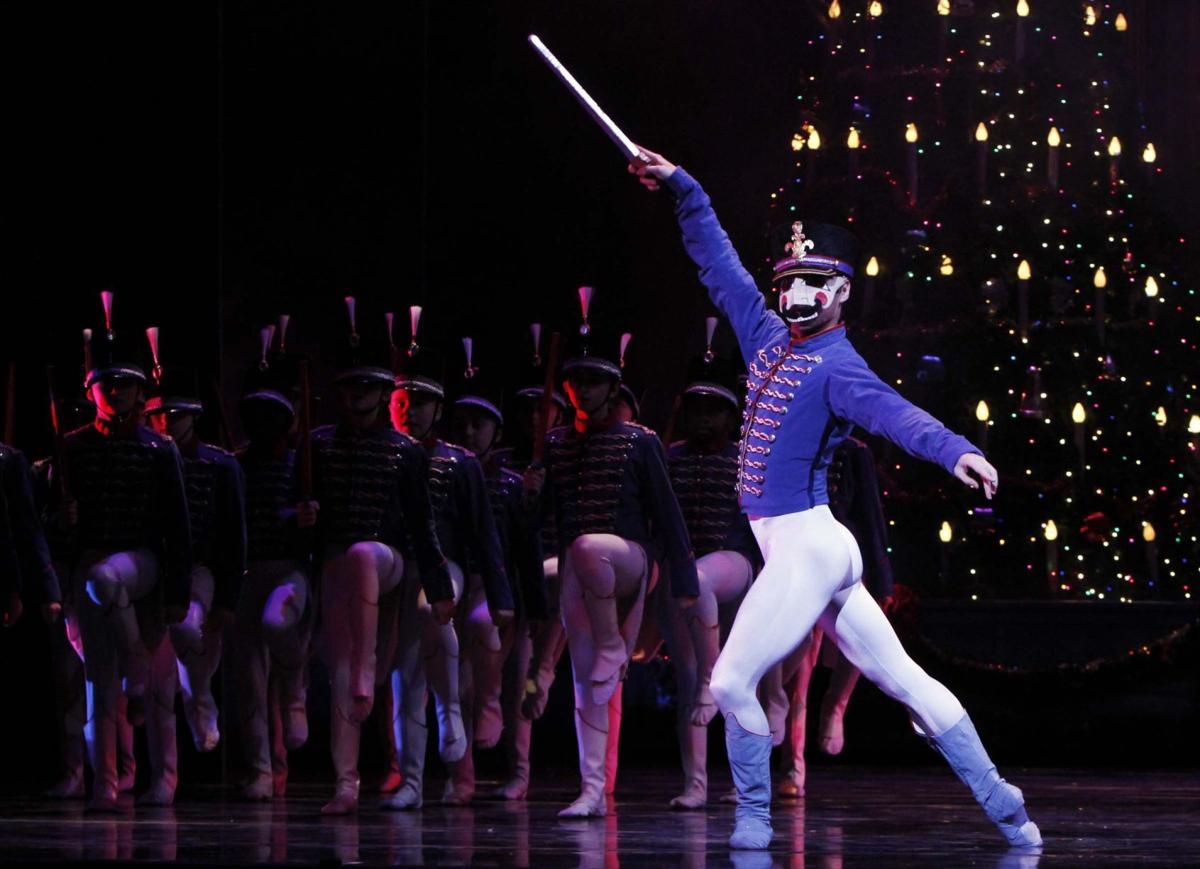 918-749-6030 What they need: The Tulsa Ballet and The Robson Cos. are trying to send 2,300 children to see “The Nutcracker” for free in December. A $25 donation will send one child to see the show, and donations will be matched by The Robson Cos. The effort goes through Dec. 7. 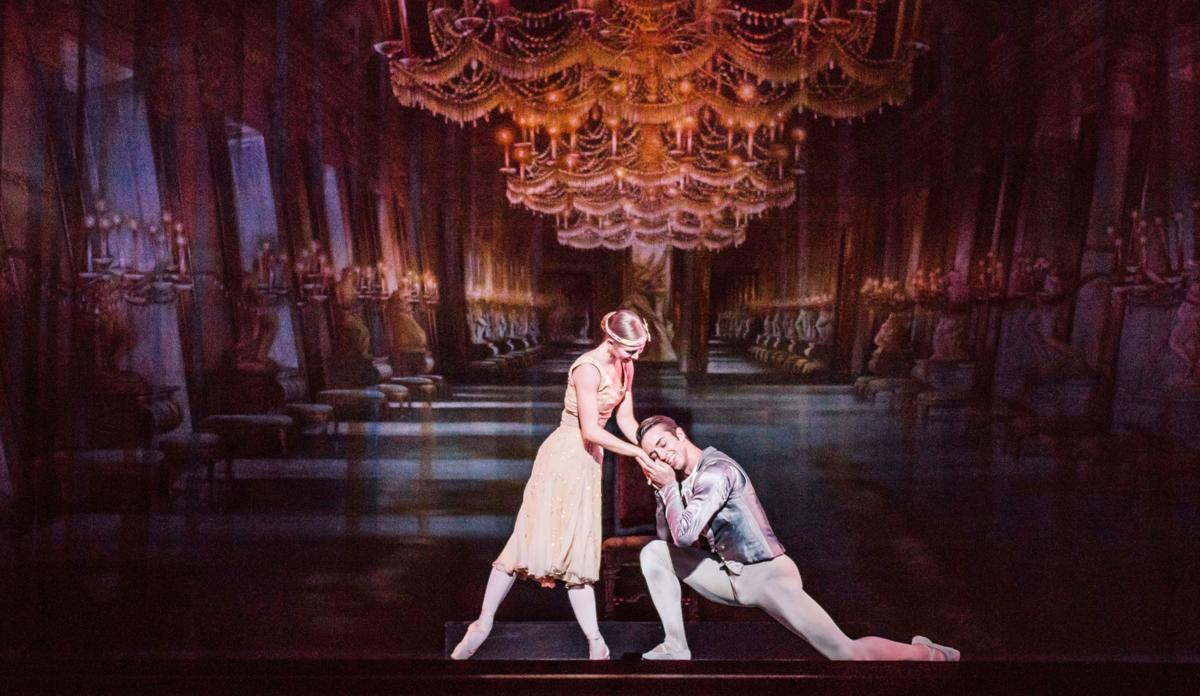 Set in 1920s Paris, the birthplace of classical ballet, Marcello Angelini’s vision of The Nutcracker has been a Tulsa favorite since 2003. 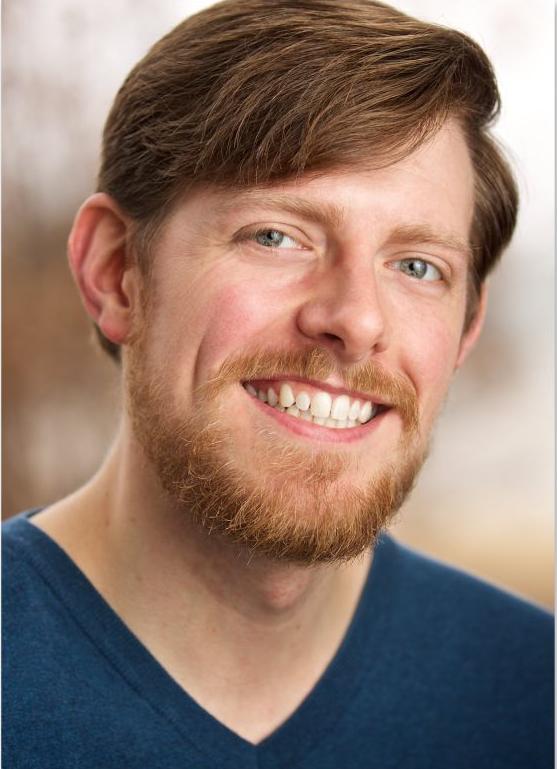 The 2019 Tulsa Sings! winner Samuel Briggs will be the guest artist for the Signature Symphony’s “Christmas in Tulsa” concerts. Courtesy/Sean Capshaw for Tulsa Community College 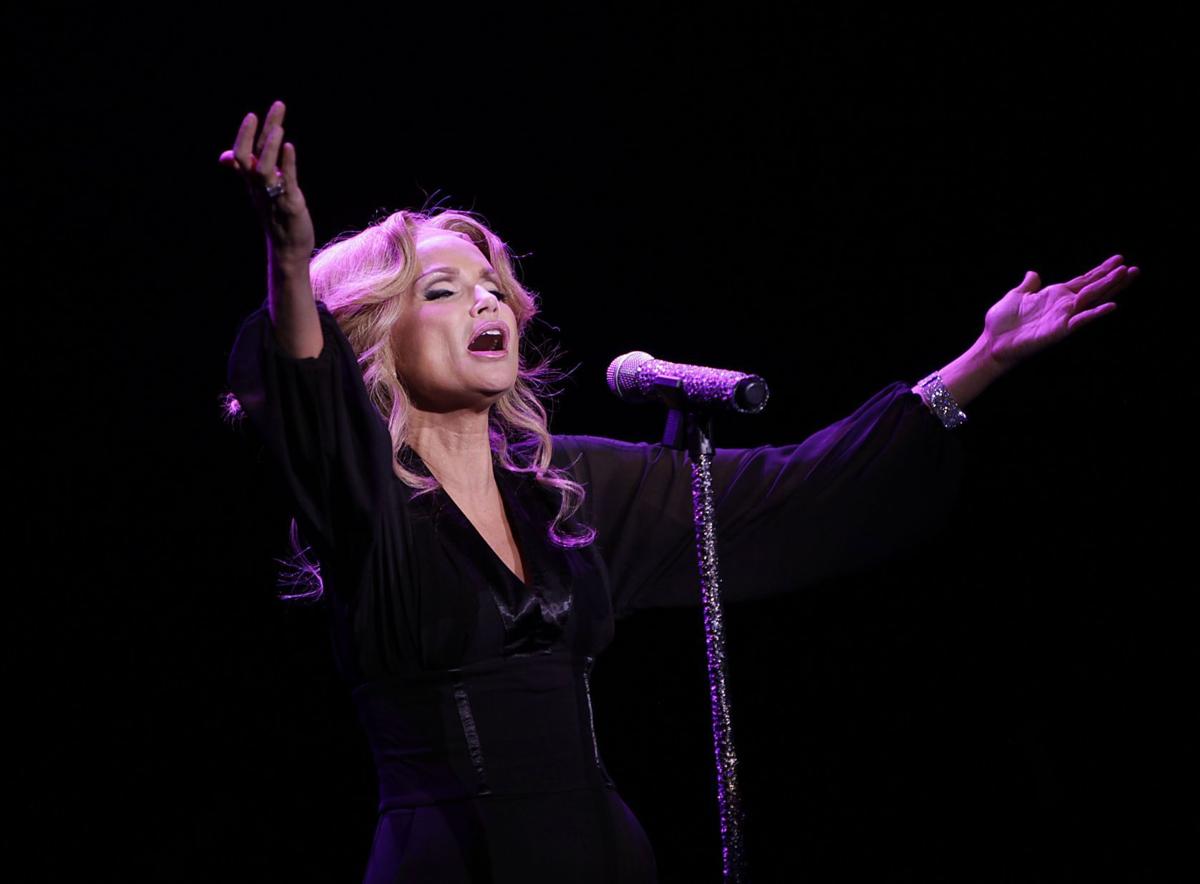 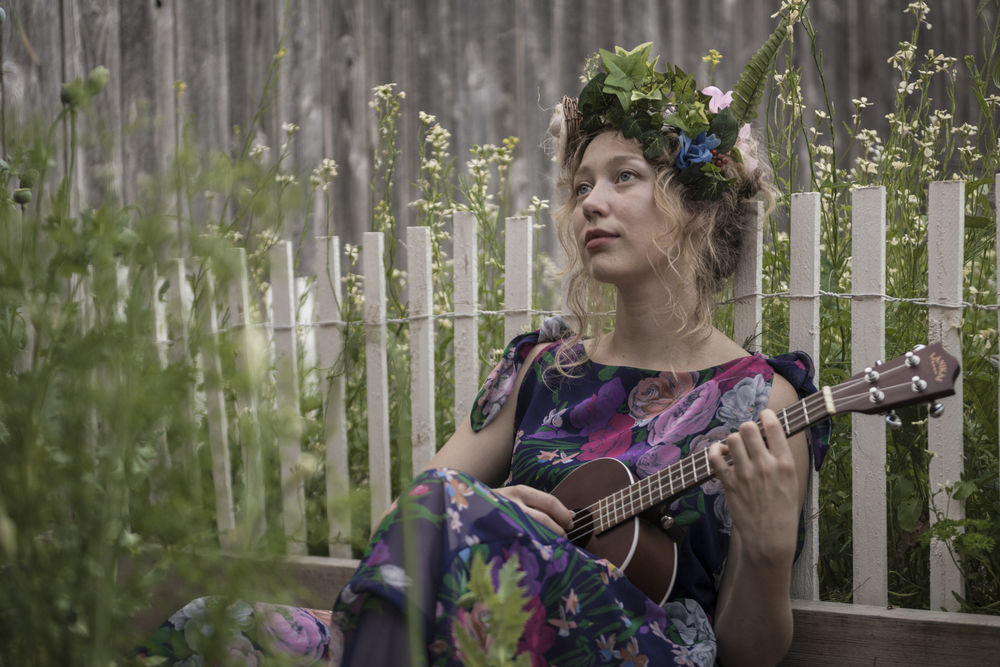 American Theatre Company’s annual production of this musical adaptation Charles Dickens’ famed tale is one of the longest-running productions of this story in the country. Michael Ervin/Tulsa World file

At Circle Cinema, you can see the 1954 holiday favorite “White Christmas” and sing along with the songs at special screenings with an emcee and props. Courtesy

A lamplighter makes his rounds in the opening scene of American Theatre Company’s “A Christmas Carol.” Courtesy/Michael Ervin

918-749-6030 What they need: The Tulsa Ballet and The Robson Cos. are trying to send 2,300 children to see “The Nutcracker” for free in December. A $25 donation will send one child to see the show, and donations will be matched by The Robson Cos. The effort goes through Dec. 7.

Set in 1920s Paris, the birthplace of classical ballet, Marcello Angelini’s vision of The Nutcracker has been a Tulsa favorite since 2003.

The 2019 Tulsa Sings! winner Samuel Briggs will be the guest artist for the Signature Symphony’s “Christmas in Tulsa” concerts. Courtesy/Sean Capshaw for Tulsa Community College

The holidays are a time to come together with family and friends, and celebrate the joys of the season. And many count among those joys the chance to experience some of the best arts and entertainment that Tulsa has to offer. Whether it’s orchestral music or movie sing-alongs, theatrical comedies or a balletic fantasy, Christmas in Tulsa has something to offer everyone who loves the performing arts.

For those who are thinking, “One of these days, I’ll check out Tulsa Ballet’s ‘The Nutcracker,’” now is the time to act. Tulsa Ballet has plans to retire this production, created in 2003, in the near future to make way for a brand-new “Nutcracker.” Tulsa Ballet’s unique interpretation of this classic story is set in 1920s Paris, and centers around a young girl named Marie, who after an eventful Christmas party dreams of a magical world of romance and glamour. The production features the full company of Tulsa Ballet, as well as members of Tulsa Ballet II, and more than 100 children in a variety of roles.

The South Tulsa Children’s Ballet formed to provide dancers ages 4 to 19 pre-professional performance opportunities and to encourage them to continue their dance education. Its annual production of “The Children’s Nutcracker” will feature as many as 250 young performers.

One of the city’s longest-running holiday traditions — now in its 39th year — is Clark Youth Theatre’s annual production of this comedy by Barbara Robinson. The Herdmans never go to church, so how did they end up with the lead roles in the Christmas play? Chance, intimidation, and maybe a little Christmas magic help bring the Herdmans, as well as the rest of the town, to a new understanding of the holiday season.

The classic holiday film “It’s a Wonderful Life” gets a musical update in this production. George Bailey, the owner of a struggling savings and loan business, get caught up in a series of personal and professional crises that push him to consider suicide. It’s only the intervention of a bumbling angel named Clarence to show George what value his life has to himself and his community.

As portrayed in this comedy by Mark Brown, less than a year after his miraculous visitations various Christmas spirits, Ebenezer Scrooge has returned to his miserly ways — which includes taking the ghost of Jacob Marley and the rest of his ghostly visitors to court.

This show is a collection of original comic scenes that explore everything from current events and the latest toys to dating and pets, to caroling and ghosts. Those attending are encouraged to bring canned goods that will go Sand Springs Community Services — and cash donations to the theater company are always welcome.

Heller Theatre Company presents the next installment in its Second Sunday Serials, in which local writers present ongoing episodes of original plays. Audience members vote on which stories will continue on to the next month.

American Theatre Company’s annual production of this musical adaptation Charles Dickens’ famed tale is one of the longest-running productions of this story in the country. It’s also an all-Tulsa production, from the book and songs by Bob Odle and Richard Averill, to the cast led by Karl Krause as Ebenezer Scrooge, who is visited by three spirits one eventful Christmas Eve.

Gian Carlo Menotti originally composed “Amahl and the Night Visitors” to be broadcast on television, and since its debut, it has become a beloved staple of the holidays. Tulsa Youth Opera is presenting its rendition of an impoverished mother and son who take in three travelers who are following a star in search of a new-born king. The Dec. 19 performance will be presented at St. Paul’s United Methodist Church, 2130 W. Okmulgee Ave., in Muskogee.

The holiday classic movie based on Jean Shepherd’s stories comes to the stage. It’s the story of one bizarre holiday season, as young Ralphie Parker’s efforts to make sure he gets the Red Ryder air rifle he wants go hilariously awry.

The Council Oak Men’s Chorale will decorate holiday songs from “It’s the Most Wonderful Time of the Year” to “African Noel” with sophisticated, fun and jazzy stylings that will get audiences into the spirit of the season.

Tulsa Festival Ringers, Inc., Tulsa’s only auditioned community handbell ensemble, is more than a musical novelty; it is an ensemble of musicians who specialize in handbell ringing. The members are handbell directors and ringers from various churches throughout the Tulsa area who want to share their love of music and handbells. Their annual Christmas show, part of the Tulsa PAC’s Brown Bag It series, has become a seasonal favorite.

Every year since 1909, 14 seniors at Yale University are selected to be in the Whiffenpoofs, the world’s oldest and best-known collegiate a cappella group. The Whiffenpoofs repertoire ranges from traditional college songs to original compositions to hits from every decade. The group combines a unique blend of musicianship, choreography, and showmanship to create a performance suitable for all audiences.

Dec. 7: CHRISTMAS WITH THE PETERSENS

The Petersens are an award-winning bluegrass band based in Branson, Mo. The family has toured throughout the U.S., Canada and Ireland, performing bluegrass standards and gospel favorites.

The three ensembles that make up the Tulsa Youth Symphony Orchestra will take part in the annual Holiday Concert. The bulk of the program — divided amongst the Preparatory String Orchestra, the Concert Orchestra, and the Symphony Orchestra — will be classical works by such composers as Beethoven, Bizet and Saint-Saens, but the concert will also feature holiday music as well.

This quartet of tenors is celebrating its 15th year by presenting a new holiday concert based on their album “The Christmas Collection,” featuring their interpretations of classic holiday songs. Special VIP packages, including meet-and-greet opportunities among other exclusive perks, are available.

Singer-actor Samuel Briggs, who won the 2019 Tulsa Sings! competition, will be the featured guest artist as the Signature Symphony at TCC presents its annual “Christmas in Tulsa” concerts. Briggs will join the orchestra and the Signature Chorale in a program of classic and contemporary holiday music.

Angels & Airwaves, which grew out of Blink-182, headlines this year’s concert, which also features the electronic duo Phantogram and Winnetka Bowling League. All ages.

It’s been 20 years since the Trans-Siberian Orchestra first presented its holiday extravaganza, “Christmas Eve and Other Stories.” To mark the 20th anniversary, the group’s holiday tour will feature a new version of that original show, with up-to-date, state-of-the-art staging and special effects to augment its prog-rock arrangements of holiday classics.

Broadway superstar Kristin Chenoweth, who last month completed a sold-out Broadway run of the show inspired by her latest album, “For the Girls,” and legendary contemporary Christian singer Sandi Patty will team up for a special evening of holiday songs.

Vocalist Annie Ellicott, who has performed with the likes of Jeff Goldblum and his Mildred Snitzer Orchestra, returns to her hometown for a show that will feature long-time collaborators Mark Bruner on guitar and Shelby Eicher on violin. Their set will blend original music with Christmas classics done their way.

George Frideric Handel’s oratorio “Messiah” was originally written to be performed during Easter, but in the modern day, it has become synonymous with the Christmas season, with churches and choral groups performing the work in its entirety, or presenting selections from it.

Here are some notable performances of “Messiah” planned for this year.

The church’s choir will be led by guest conductor Timothy Brown, former director of music at Clare College, Cambridge, England, and will be accompanied by an orchestra playing instruments of the Baroque era. The complete oratorio will be performed, and the production will be recorded for later broadcast on KWTU (88.7 FM)

This year will be the 99th time area Lutheran churches have combined forces to perform Handel’s oratorio. This performance will be of the first section of the work, the so-called “Christmas” portion of the oratorio.

The church’s Chancel Choir will be joined by vocal soloists and members of the Tulsa Symphony Orchestra for the 24th annual presentation of Handel’s “Messiah.”

The showing of the Christmas-movie favorite, with host Jody McIntyre leading the audience in an immersive version of the film, has become a Tulsa tradition, and tickets go fast. For those who want to enjoy the movie but would rather leave the singing to Bing Crosby and Rosemary Clooney, Circle Cinema will be showing the film Dec. 15, 20-22.

Contestants from “RuPaul’s Drag Race” will share some “miraculous,” and hilarious holiday-themed performances in a show hosted by Nina West, who earned the title of “Miss Congeniality” during the 11th season of “RuPaul’s Drag Race.”

The Cirque Musica troupe brings together acrobats, aerialists, jugglers, singers, clowns and a full orchestra to present a holiday-themed story, set to a score of well-loved holiday songs. While the show is designed for all ages, one must be 21 to attend.