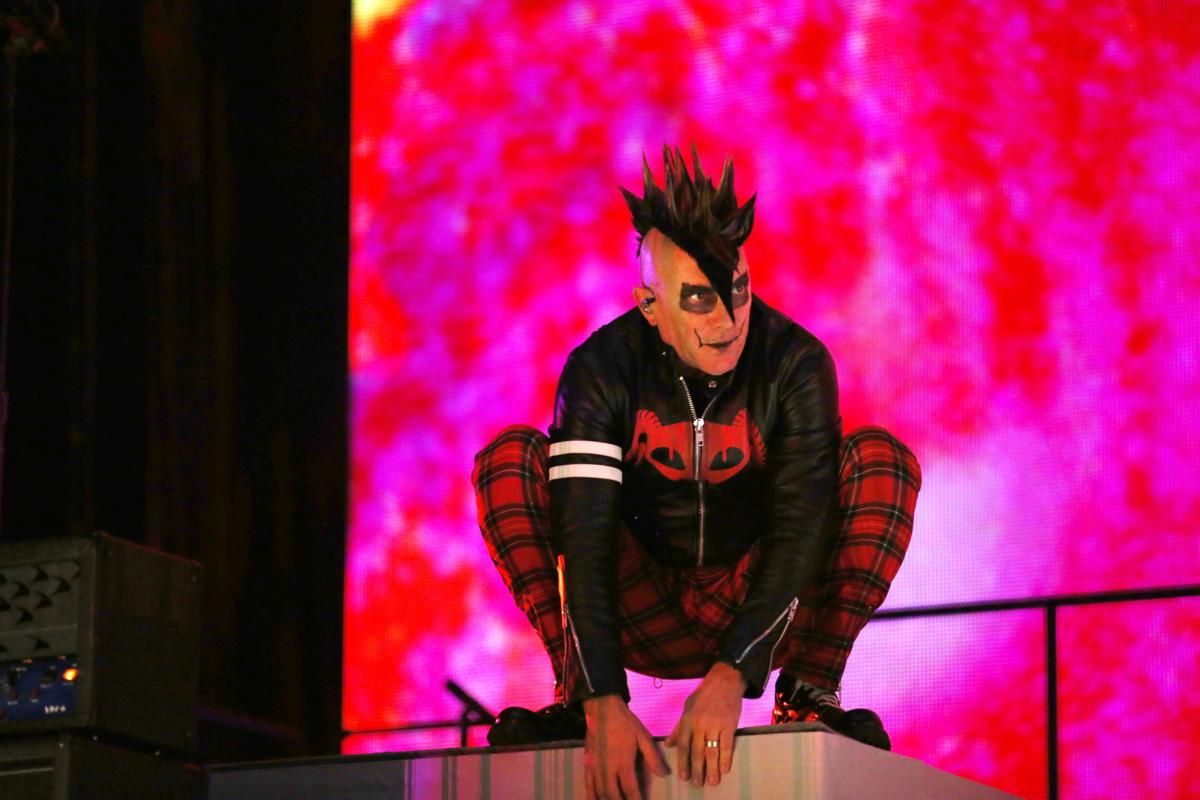 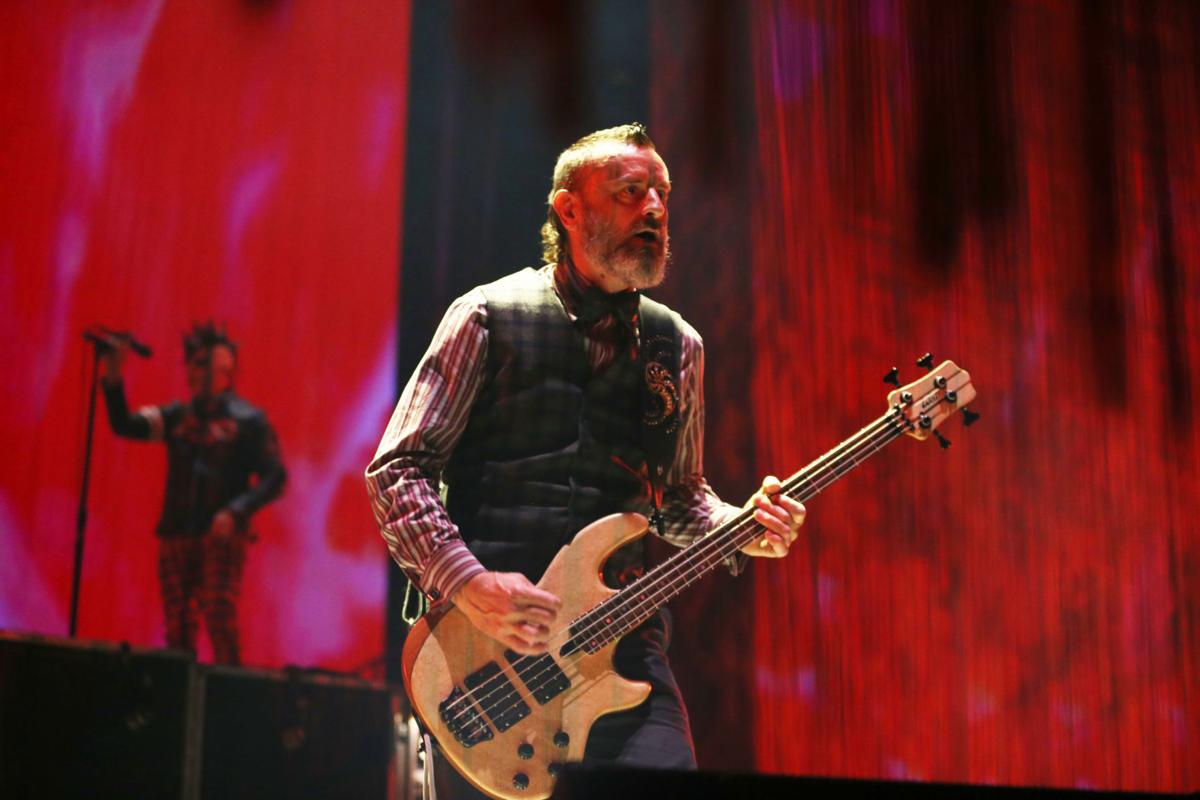 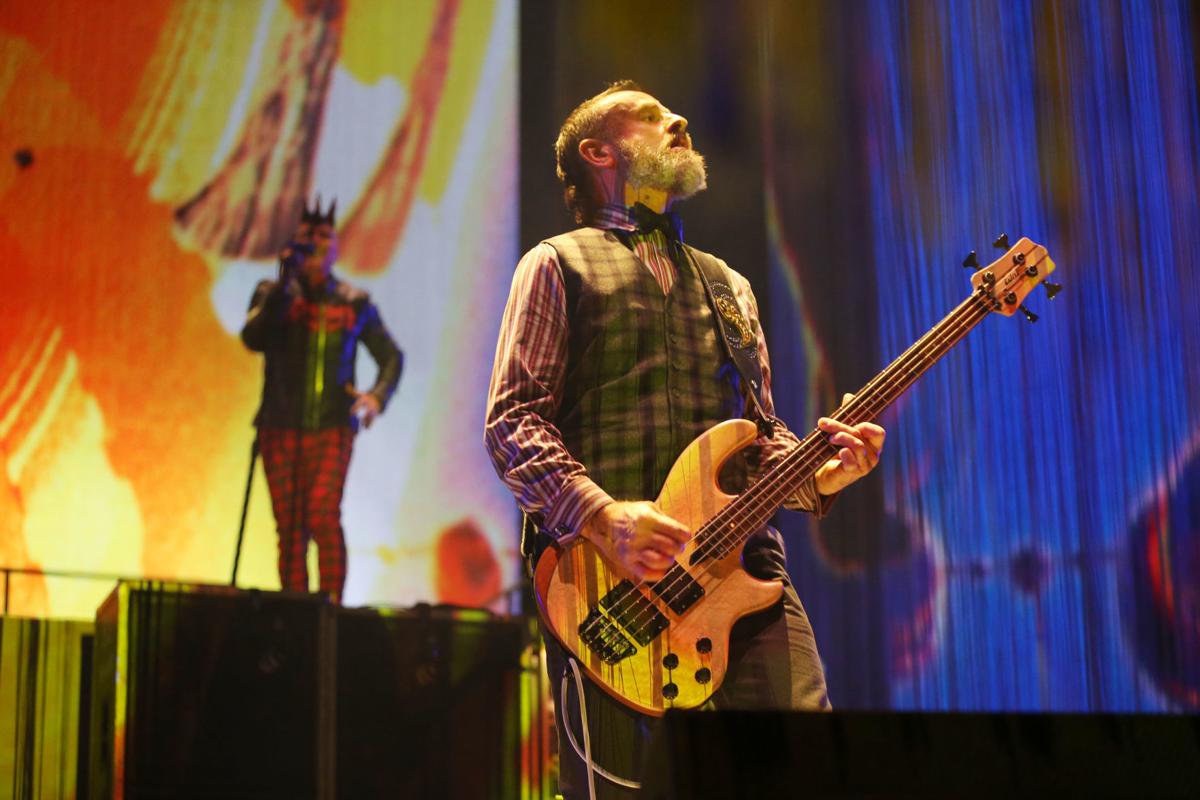 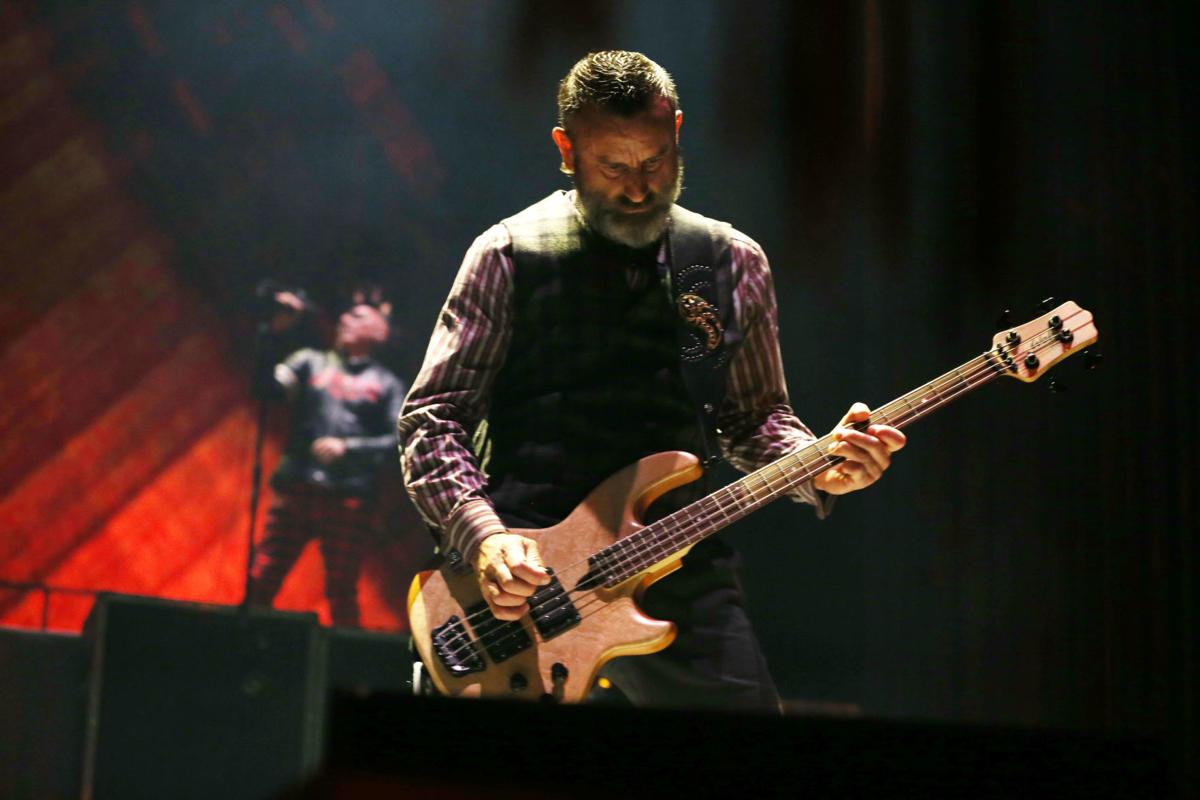 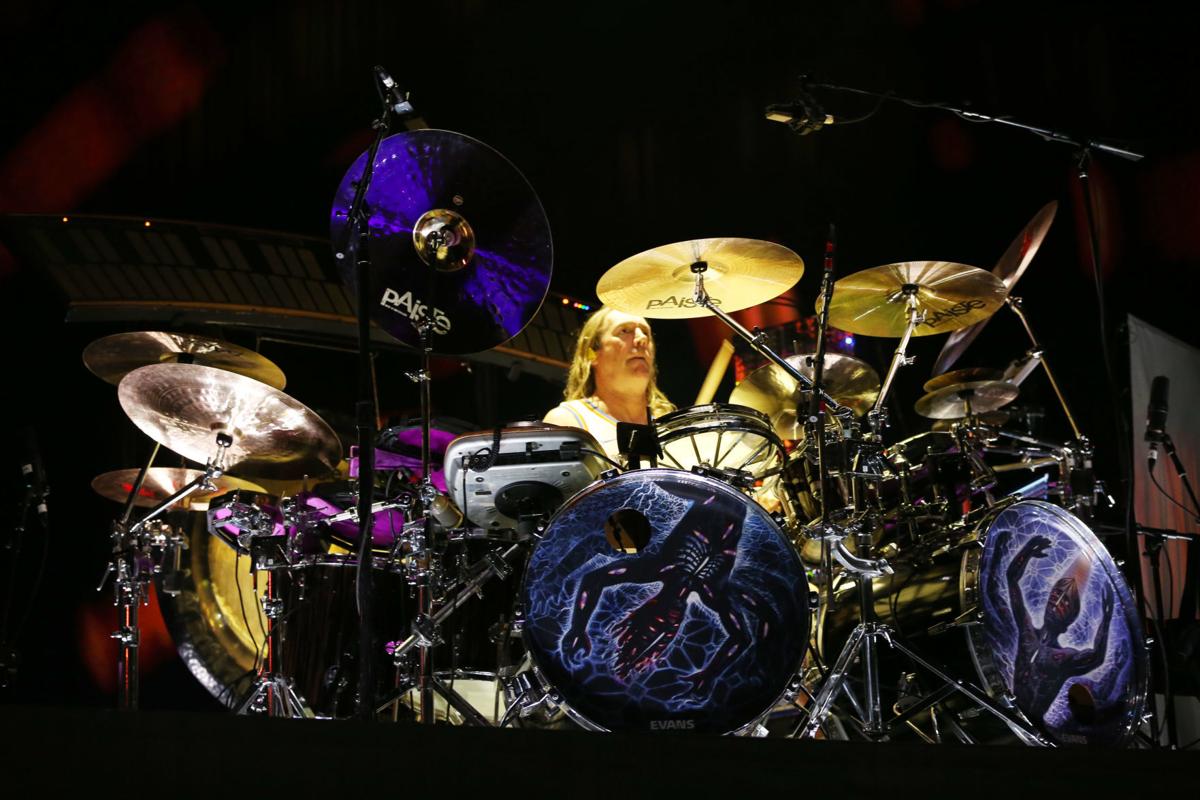 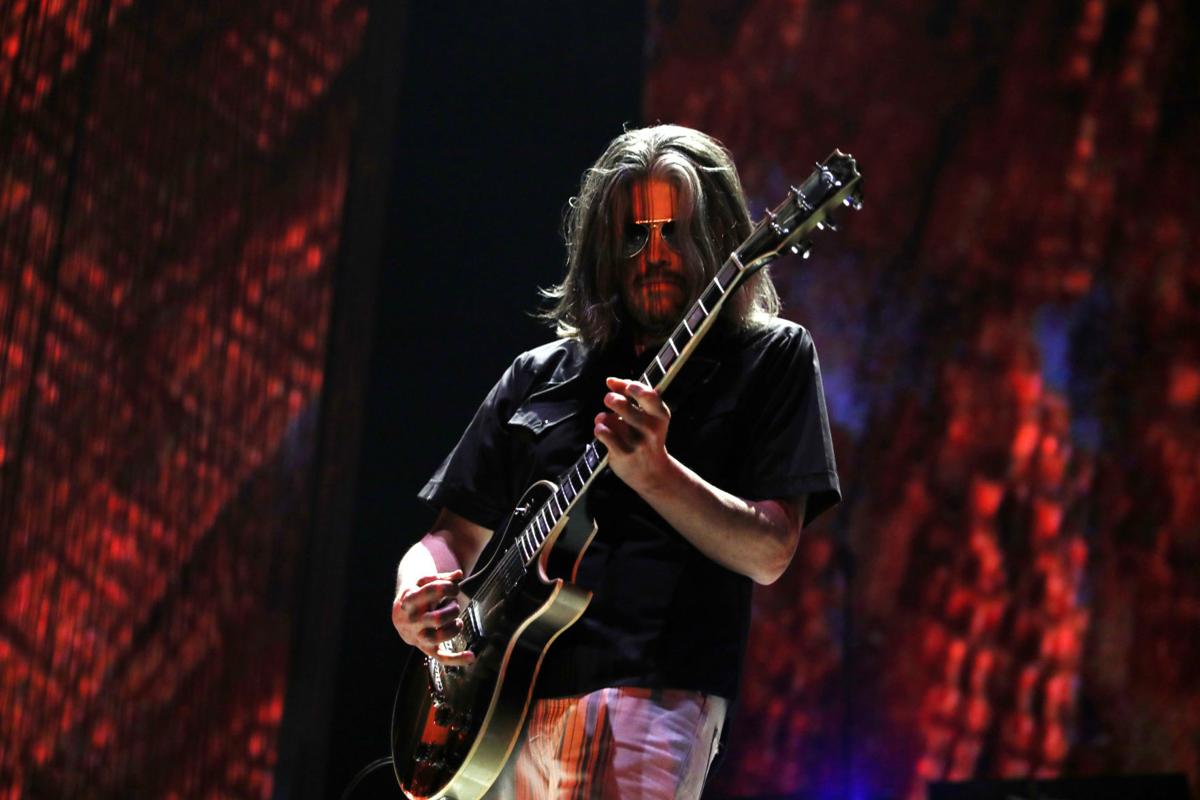 The day finally arrived, Aug. 30, when American progressive metal band Tool released a new album, 13 years after “10,000 Days.” And what a record "Fear Inoculum" is, topping the charts and knocking mega superstar Taylor Swift from the No. 1 spot.

What better way to promote a highly anticipated album than to go on tour, leading the band to perform in front of a huge crowd of fist-pumping, shouting fans at Tulsa's BOK Center on Tuesday.

Originating in the early ’90s, Tool has seen quite a bit of success. From platinum albums to dominating billboard charts, they prove to be one of the biggest acts in rock music. And of course there is a reason for that. The musicianship speaks for itself.

Bassist Justin Chancellor is perhaps one of the best in the business. So much of the band's sound relies heavily on his intricate playing that Tool wouldn’t be the same without the complexity of Chancellor’s bass chords. Drummer Danny Carey also demonstrates a key component to the band’s musical influence. Throughout the evening, the rhythmic intensity of Carey and Chancellor blending so well together filled the venue with numerous cheers.

Then comes frontman Maynard James Keenan who has proven time and again just how peculiar he can be. Many of his fans know of his reclusive behavior. His presence onstage confirms it. He is not one to engage with the audience. Only a few words were spoken during the concert, and what was spoken didn’t really amount to much. He repeated the word “Oklahoma” several times before diving into the next song. Considering the no-cameras-allowed policy, he did give the audience permission to record the final song “Stinkfist.” He isn’t the most dynamic person to observe during a live show, but when the music overpowers any need for interaction, no one would complain.

Tool’s setlist covered the band's entire discography, from the debut album “Undertow” to “Fear Inoculum.” Most songs extend to the 10-minute mark, so a shorter setlist doesn't mean a shorter set.

Behind the band was a massive screen that displayed footage consisting of surreal music videos to abstract animation. Tool is known to have some interesting, yet dark and profound music videos for their songs, fitting the lyrics. Laser lights helped create a brightly colored atmosphere. The only downside to all of this is the absolute necessity of the visuals because the band members were quite motionless onstage. In a way, most people don’t attend a Tool concert and expect Cirque du Soleil. But a few more movements couldn’t hurt either.

After about 2½ hours of pure progressive rock, the night proved to be a solid performance by a band that continues to make headlines in today’s music scene. Those who spent their hard-earned money to see another historical show at the BOK should come away satisfied with the outcome. Because in the end, it’s all about the music, right?

The evening showed promise when UK band Killing Joke performed as the opener. Killing Joke possesses a long history of musical influence, forming as a post-punk band in the late 1970s with a sound resembling groups like Siouxsie and the Banshees, The Cure, and Joy Division. They would go on to evolve into more industrial with heavy guitars and aggressive attitude. The band has had its share of success throughout the 1980s with songs like “Eighties” and “Love Like Blood.” Frontman Jaz Coleman is an eccentric individual who struts around the stage in a mechanical fashion while gesturing to the crowd like some dramatic thespian.

Unfortunately the sound proved to be no friend for Killing Joke. Many of the songs seemed jumbled together in an indistinguishable clutter of distortion and feedback. Coleman’s vocals were difficult to make out, drowned out by an unrelenting presence of heavy guitar and bass. Several songs were taken from earlier albums but altered with a harsher industrial sound the band is now known for. Their actual performance was more than adequate but sadly weighed down by the unforgiving sound system that jeopardized the balance of each instrument. A band of this stature deserves a better setup.

Sound problems aside, having Killing Joke as the opening act was indeed a treat. With many opening acts, they tend to be hit or miss. At times, the opener could be that pleasant surprise that’s needed to get the crowd fired up for the main event. Killing Joke’s presence seemed fitting enough.

What better way to promote a highly anticipated album than to go on tour, leading the band to perform in front of a huge crowd of fist-pumping…