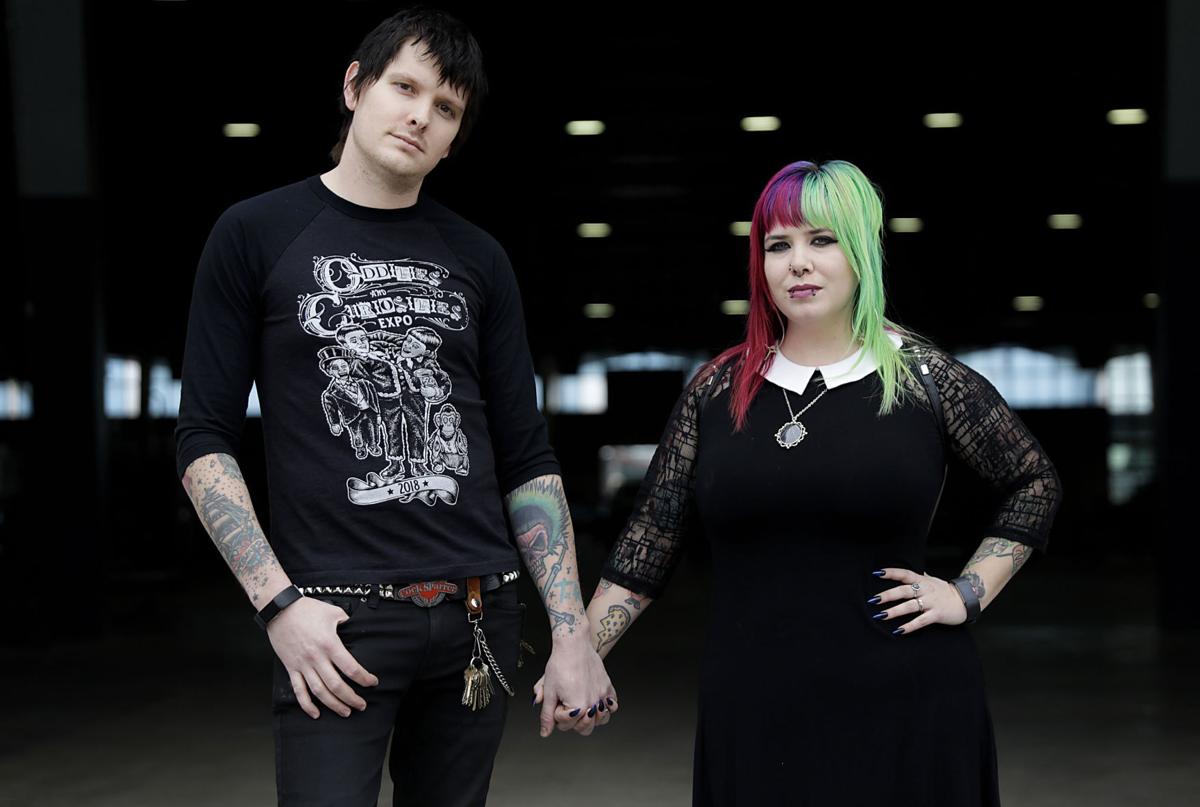 Michelle and Tony Cozzaglio are the Tulsans behind the Oddities and Curiosities Expo, scheduled Feb. 23 inside Central Park Hall at the Tulsa County Fairgrounds. MIKE SIMONS/Tulsa World 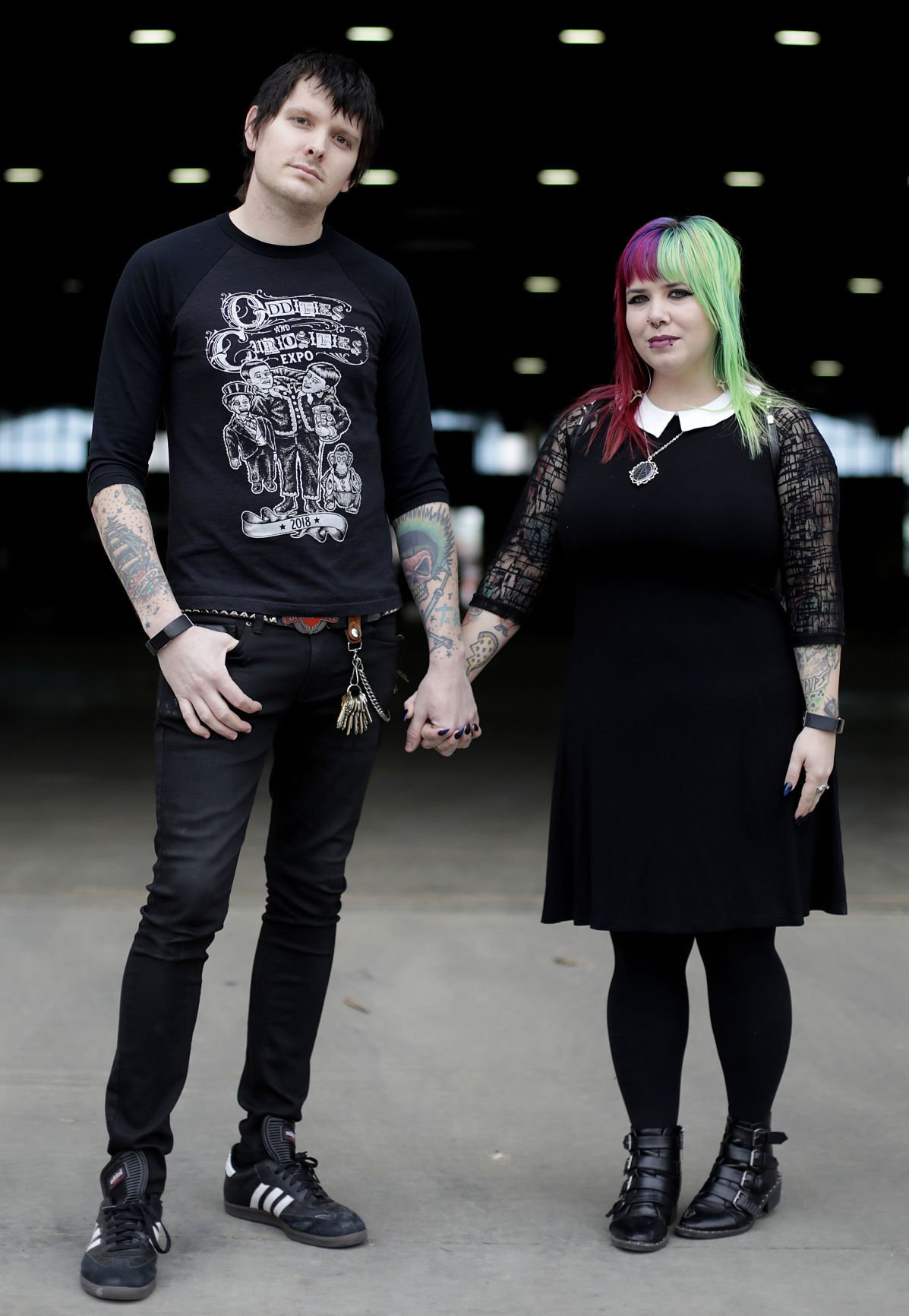 Michelle and Tony Cozzaglio are the Tulsans behind the Oddities and Curiosities Expo, scheduled Feb. 23 inside Central Park Hall at the Tulsa County Fairgrounds. MIKE SIMONS/Tulsa World

Once upon a time, you could explore the fairgrounds and see — for lack of a better term — weirdness.

In addition to rides and carnival games and corn dogs, the Tulsa State Fair midway was populated with oddities.

You could step inside a tent and visit Queenie the Bearded Lady. Or you could watch Abdula, who, according to a decades-old Tulsa Tribune story, made his living lying on a bed of nails, walking on broken glass and climbing a ladder of swords.

It’s a different world now. Family-friendly midways all over the country have been cleansed of sideshows. No one wants to be accused of exploiting those with unique traits.

But odd will be back in vogue at the fairgrounds for one day.

“My husband and I are into punk music, and we organize a bunch of punk-related events and so we have always been into just different, strange, unusual-type things,” Michelle said.

Their experiences led them to this question: Wouldn’t it be awesome if there was an event that focused on the strange and unusual?

The risk in staging a showcase of the odd is it may have only niche appeal, which means a limited audience and limited chances for success.

“Honestly, whenever we first started, we didn’t think it was going to be that big, at all,” Michelle said.

“We just thought, ‘Oh, I like this stuff, so we will see.’ But I think the strange and unusual really piques peoples’ interest — even people who don’t even collect or anything like that. They just think, ‘Oh, it sounds weird. I want to check it out.’ ”

They test-drove their first Oddities & Curiosities Expo in Tulsa in 2017. They followed with a show in Denver. They tried a few more cities in 2018. And the turnouts have been significant enough that the Cozzaglios are taking the show to 16 cities in 2019. Staging a hometown show will give them a chance to rest up for pending road trips.

Attendees can expect to see local and national vendors and all kinds of items that might fit into the categories of strange, weird, creepy and unusual.

“We have sideshow performers, so they can see someone swallow swords and walk on glass and all the crazy sideshow stuff,” Michelle said.

The aim is to have something for everyone. Art. Halloween collectibles. Horror merchandise. Jewelry made from insects or bones. Oddities for “serious” collectors. Even taxidermy classes.

Michelle said everyone has a different view of what is strange and unusual. Sometimes people establish boundaries they don’t want to cross. For the squeamish, you’ve been warned: Body suspensions (people dangling by way of their piercings) will be part of the expo.

“A lot of people don’t like it, but it’s also really intriguing to some people, too,” Michelle said. “If you don’t like it, you can avoid it. We always put it in the corner, so you have to go over to it (to find it).”

You can check an on-site map if you want to avoid the corner.