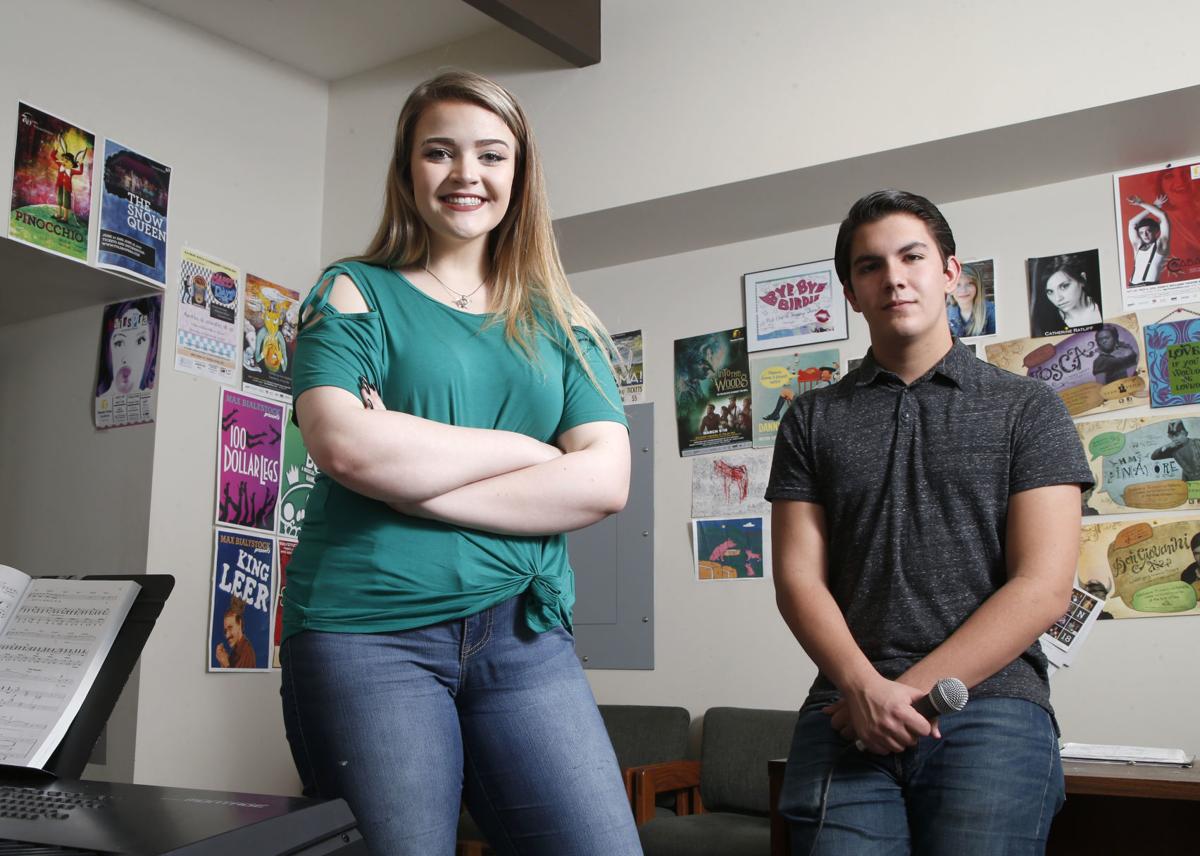 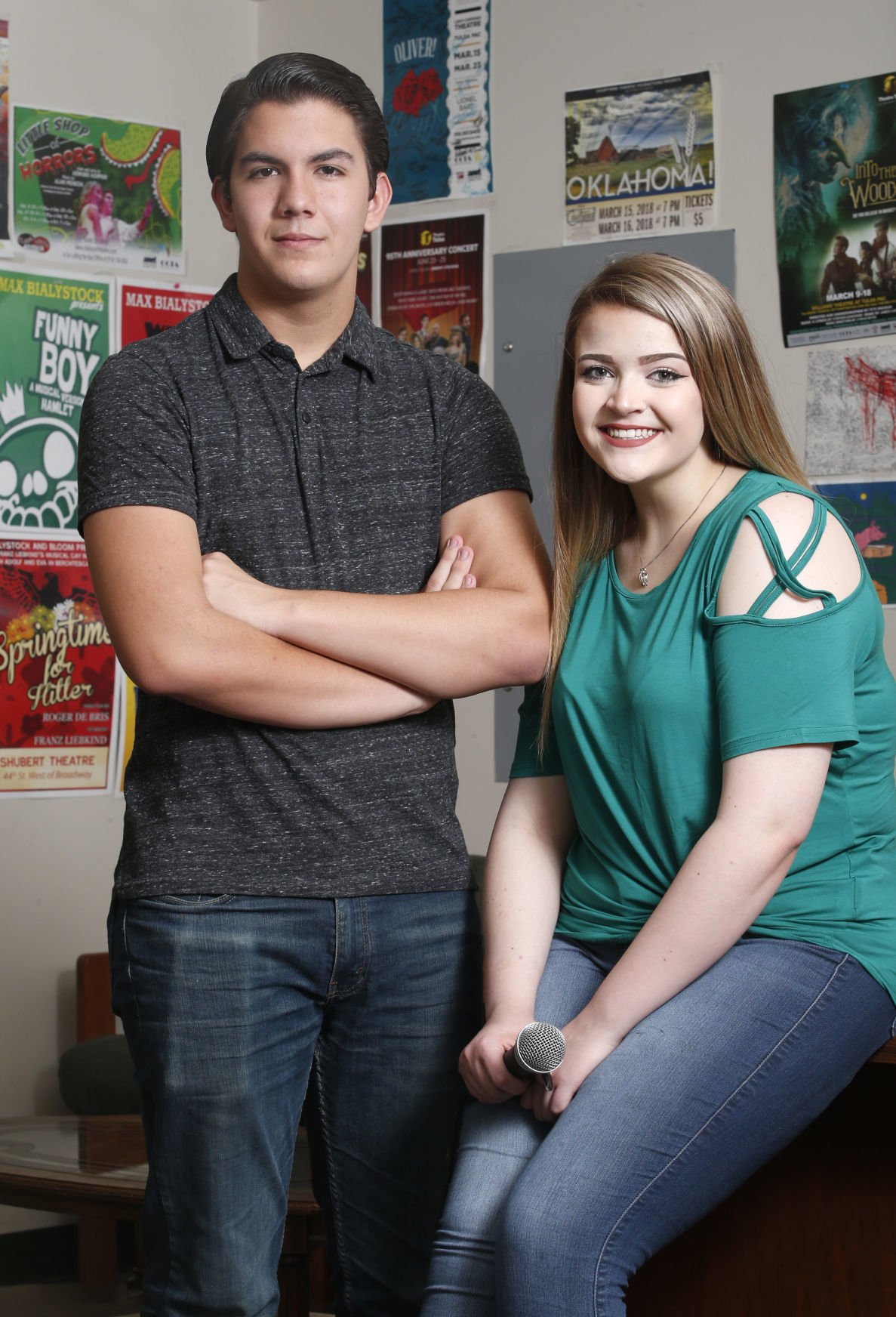 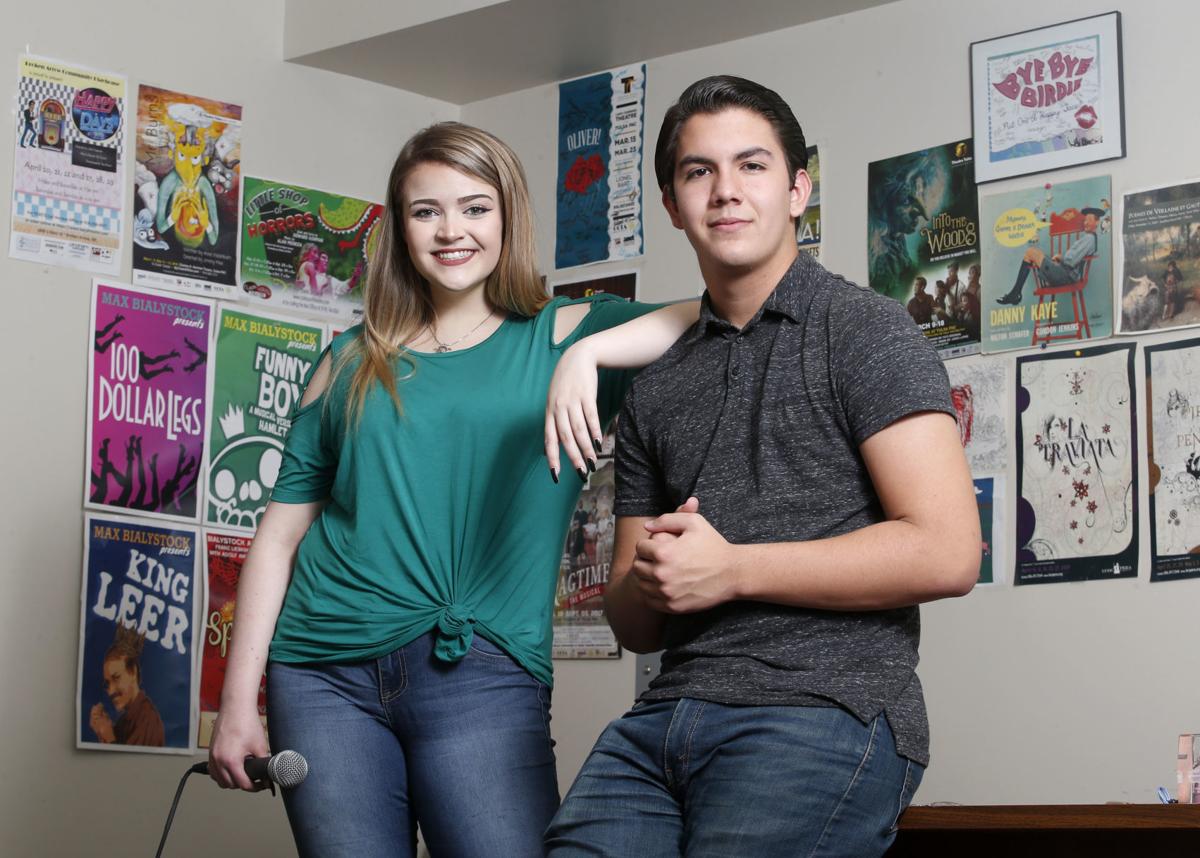 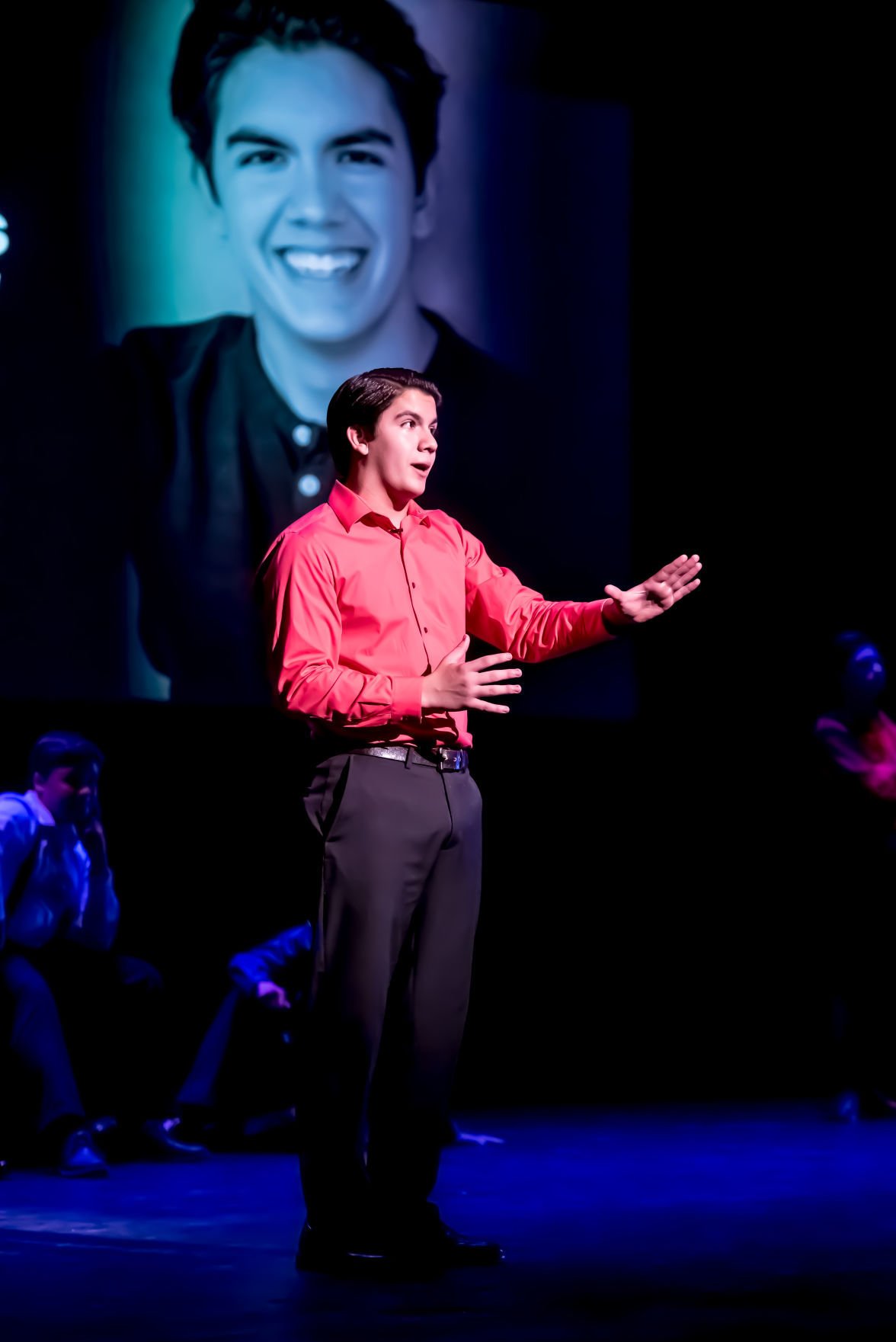 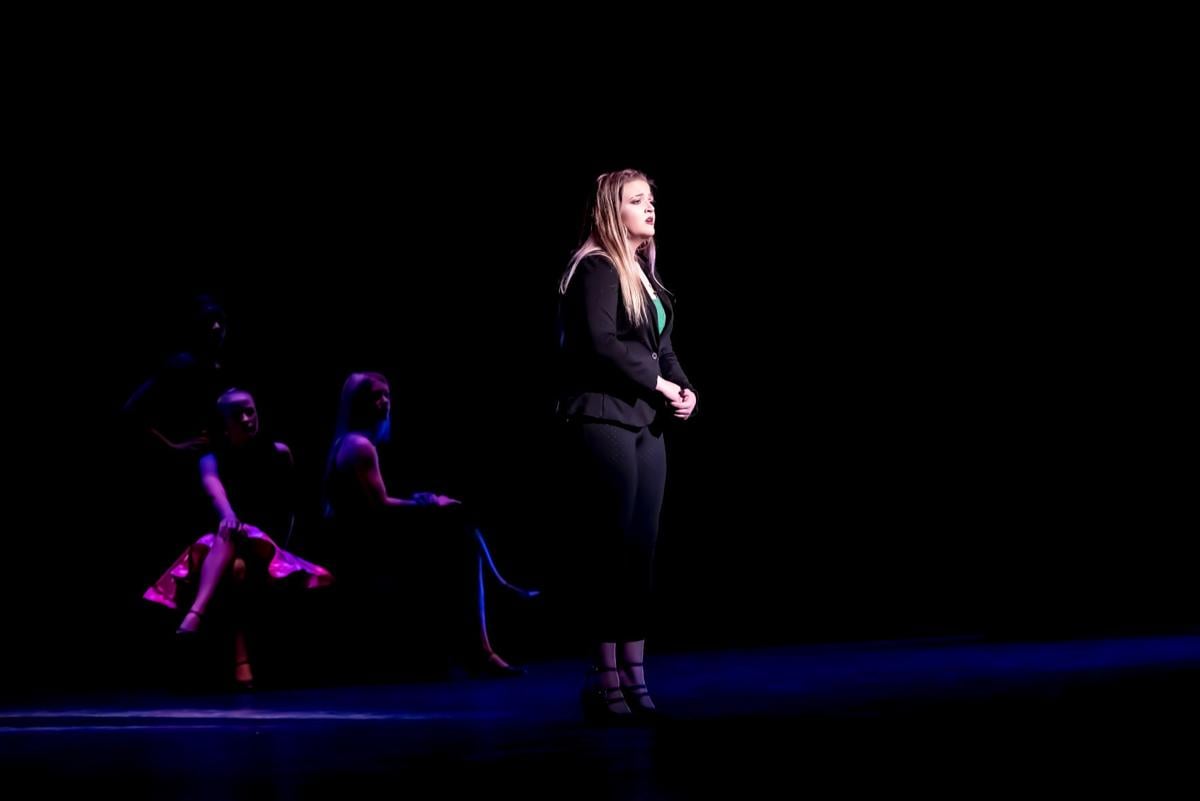 Axyl Langford performs “Astonishing” from the musical “Little Women” during the Discovery Awards. 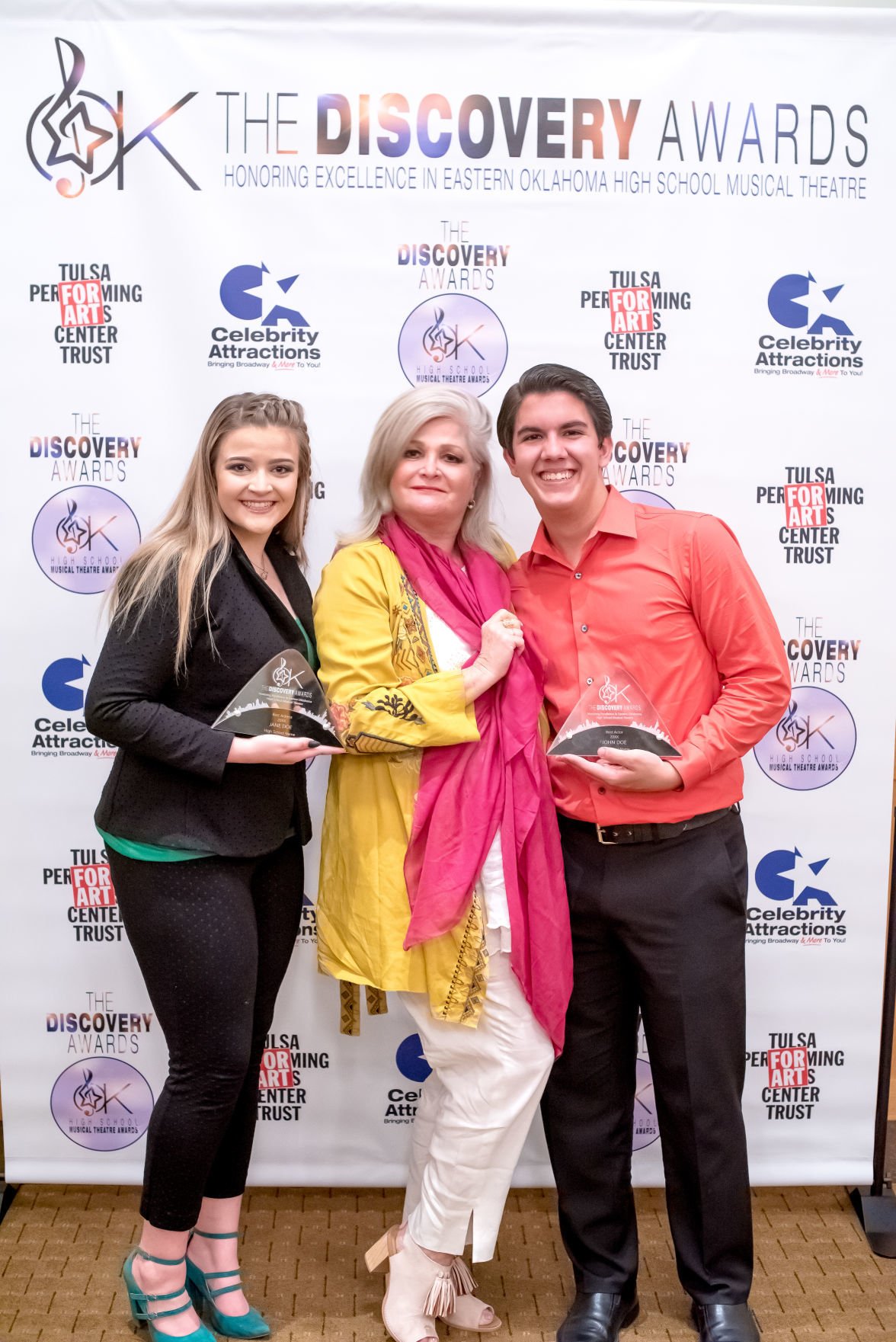 Axyl Langford performs “Astonishing” from the musical “Little Women” during the Discovery Awards.

JJ Willis doesn’t remember singing the song that earned him a ticket to New York City.

The song was “Breeze Off the River” from the musical “The Full Monty,” which Willis performed May 24 as part of the first Discovery Awards.

Students from 14 area high schools were chosen to participate in this event, sponsored by Celebrity Attractions and the Tulsa PAC Trust, to recognize the region’s top high school musical theater students. Willis, along with fellow sophomore Axyl Langford, was representing the musical theater program at Owasso High School.

“I honestly don’t remember singing that song at all,” Willis said, laughing. “I knew this was one of the biggest opportunities I had ever had and that this was going to be the most important song I had ever sung. But other than thinking to myself, ‘You better not screw this up,’ everything about that performance is a complete blank.”

Langford, on the other hand, remembers her Discovery Awards performance — of the song “Astonishing” from the musical “Little Women” — all too well.

“It didn’t really hit me until the night of the show what an impact this could have,” she said. “Up to that point, it had just been fun getting together and working with all the other students. But when it came my turn to do my solo, that’s when I really started kind of freaking out.”

Whatever degree of “freaked-outedness” or “performance amnesia” Langford and Willis might have experienced, it did not affect the impression they made on the Discovery Awards judges (of which — full disclosure — I was one), who chose them as the competition winners.

As a result, Langford and Willis will represent Oklahoma at the 2019 National High School Musical Theatre Awards, which will be presented June 24 at the Minskoff Theater in New York City.

They will spend this coming week with other high school students from around the country, taking part in rehearsals, master classes and coaching sessions in preparation for the awards event.

For example, last year’s winners are currently starring in Broadway productions. Andrew Barth Feldman has the title role in “Dear Evan Hanson,” while Regina Rapp stars in the musical adaptation of “Mean Girls.”

In addition to the Jimmy Awards for best actor and best actress, participants may also be eligible for additional awards and scholarships.

Still, Langford said, “Just getting the opportunity to be a part of something like this is amazing. For me, it’s going to be as much about the whole experience as it is a competition. It’s a chance to meet more people, make more connections and to learn new things.”

“I’m looking forward to being surrounded by people who love theater as much as we do,” Willis said. “Yes, it’s a competition, and the stakes are incredibly high. But it’s really a learning opportunity. We’re going to be able to work with theater professionals that we ordinarily would never get to meet.”

Langford said that theater was something she knew she wanted to do from an early age.

“For me, it’s my safe place,” she said. “Every new show is like becoming part of another new family. At the same time, this is something I’m very serious about. It’s not just a hobby for me.”

Her most visible moment was when she was brought on stage during the taping of Kristin Chenoweth’s PBS special “Coming Home” to sing with the Tony Award winner the song “For Good” from “Wicked.”

For Willis, it wasn’t until he was in the eighth grade and cast in a show titled “A Murder of Scarecrows” that he began to get serious about performing.

“It was the first show I had been in that wasn’t aimed at kids — it was a little more grown-up,” he said. “That’s when I realized that this was a real thing, that it was more than just something to do for fun.”

And that is something Willis and Langford hope their winning the Discovery Awards and participating in the Jimmy Awards in New York City proves.

“One of the great things about this is I’m getting to go to New York City with my best friend,” Langford said. “And the fact that we’re both from Owasso I think says a lot about our school’s theater program. It’s not just another class — it means something.”

“There were so many talented people in the Discovery Awards,” Willis said. “We all wanted to show Oklahoma what we can do. And now, Axyl and I will get the chance to show New York City what Oklahoma can do.”