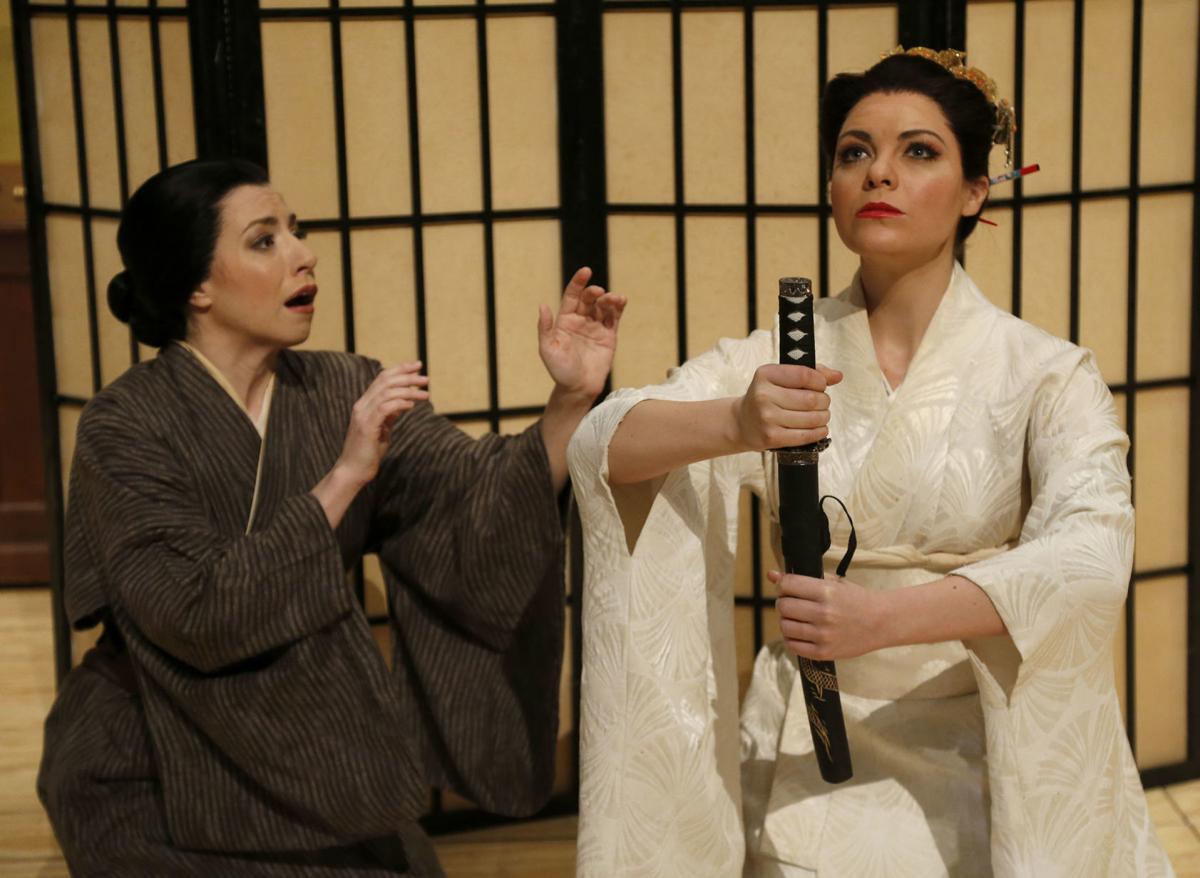 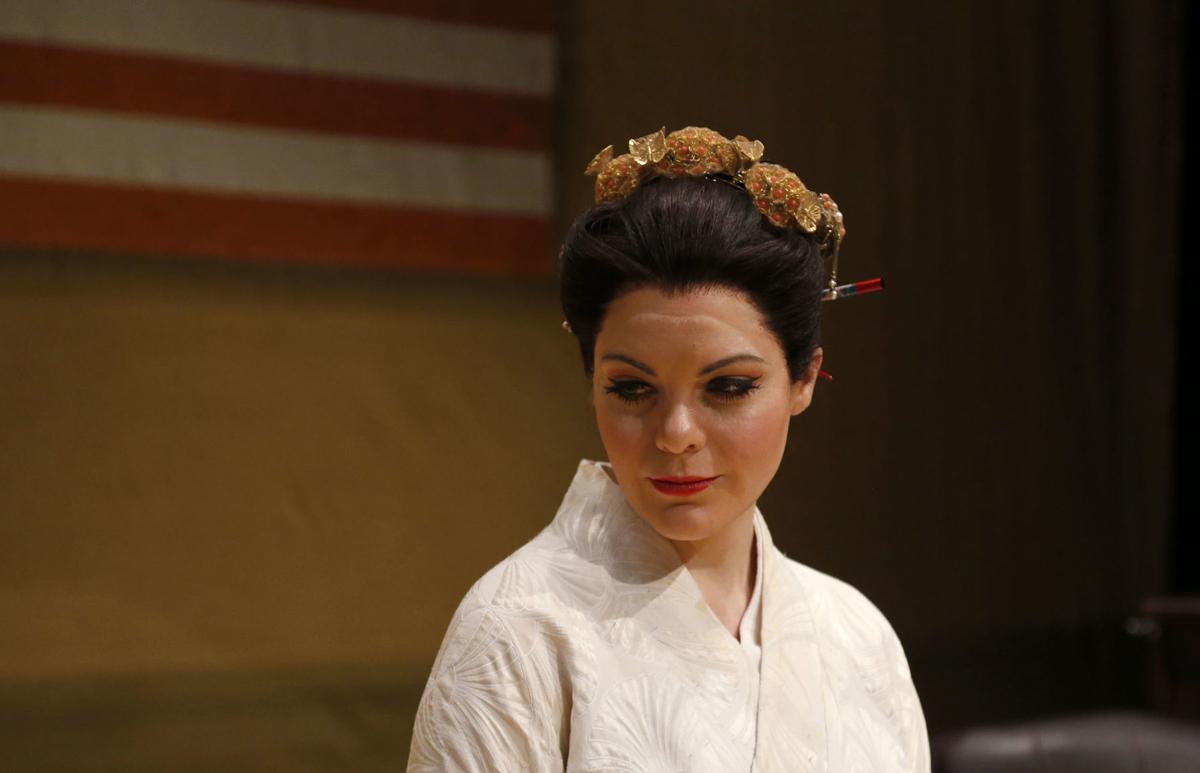 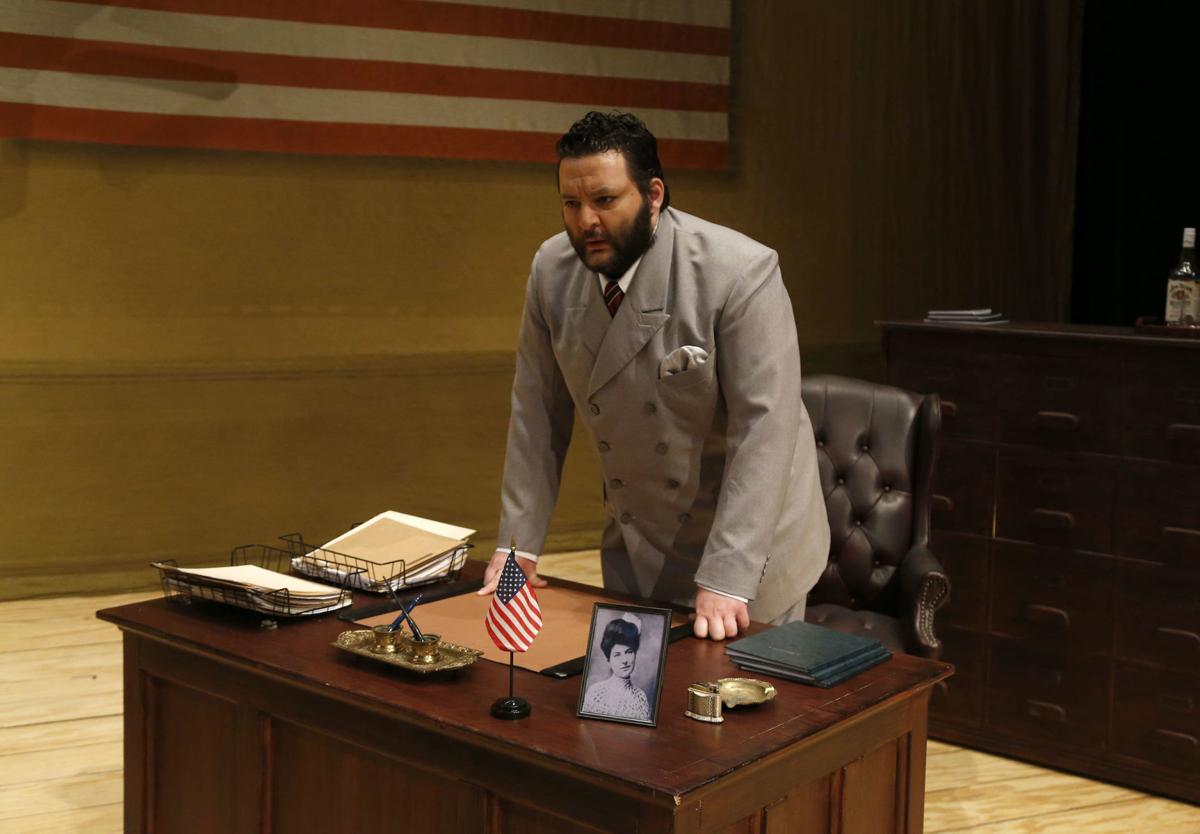 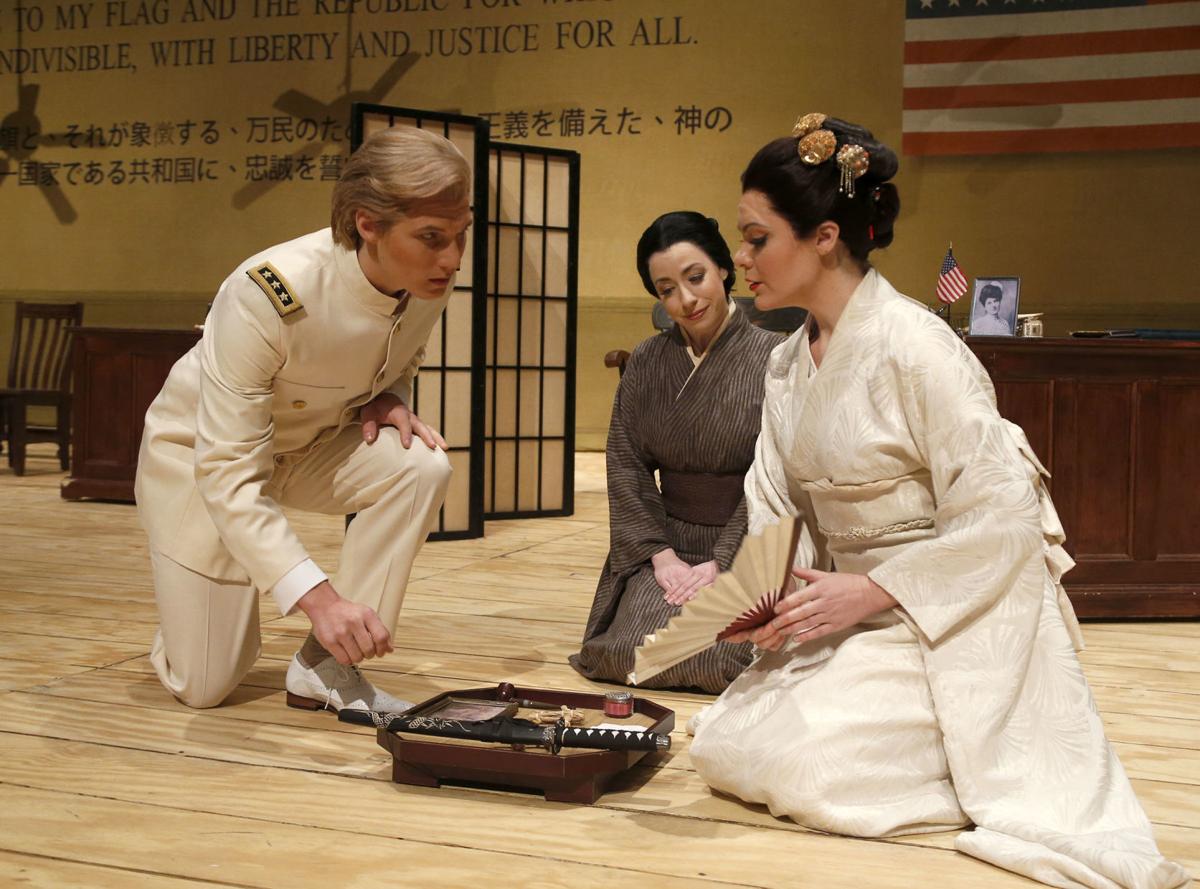 What makes Tulsa Opera’s production of “Madama Butterfly,” which opened Friday at the Tulsa PAC, truly take flight is the extraordinary performance of Maria Natale in the title role.

This is only the second time Natale has performed the role of Cio-Cio San, the teenaged girl who unwittingly gives her life over to a callous American sailor in Giacomo Puccini’s opera. Yet Natale inhabits this character fully, with a vocal performance of such expressiveness, character and control that the distinction between performer and part practically disappear.

Tulsa Opera is using the production originally created by Francesca Zambello, which debuted at Houston Grand Opera in 1998. While it keeps the action of the opera in the time period Puccini designated – this was presented, when the opera premiered in 1904, as a contemporary story – Zabello made one significant departure.

In the original libretto, the action of “Madama Butterfly” takes place in the “little house” that B.F. Pinkerton (Matthew White), a U.S. navy lieutenant temporarily stationed in the harbor town of Nagasaki, Japan, has rented to house for himself and his “bride” – a 15-year-old former geisha named Cio-Cio San, or “Butterfly.”

The house rental and its attendant “marriage,” brokered with oily, obsequious charm by Goro (Julius Ahn), is for 999 years – or until Pinkerton decides to raise anchor and sail back to the U.S.A., in search of what he calls “a real American bride.”

In Zambello’s staging, effectively recreated by stage director John de los Santos, most of the opera’s events take place in the waiting room and the office of the U.S. Consul, Sharpless (Aleksey Bogdanov), who isn’t altogether sanguine about Pinkerton’s determination to make this teenage girl his bride in name only.

This new location may seem to be a relatively minor change, but the impact is to ground the story more deeply in real life. When set entirely within the scope of a stylized Japanese house, with paper lanterns and translucent screens, it’s easy to view “Madama Butterfly” as equally stylized – a sad little story set to beautiful music in an artificially “exotic” setting.

Here, one is not allowed that luxury of distance. The surroundings – desks and cabinets, rows of wooden chairs, office workers and supplicants for assistance coming and going – are too solid, too mundane, too real. The setting strips away any veneer of romance, even before Pinkerton begins shelling out currency to Goro every time he makes a compliment about the girl he’s buying.

This change in location also adds an additional poignancy to much of what Natale does as Cio-Cio San. When she arrives for the ceremony, you realize that her poise is a pose; she’s putting on the best show she can for the audience gathered to witness the event.

Yet, as she describes giving up her religion for the “American God” of her new husband, Natale let the façade fade away, her sharp enunciations growing softer, more vulnerable, as her character faces the fact that she is setting out on a new, strange path, and there is no turning back.

It’s just one of many such moments in Natale’s performance, conveying the ever-changing moods and emotions of a young girl in extremis – be it the nervousness of the wedding night, or the vision of her story reaching a happy ending (Natale performs the aria “Un bel di” in a way that is as much to convince herself as it is to convince her loyal servant that Pinkerton will one day return).

She’s equally adept at comedy, as shown in the scene where the wealthy Yamadori (Samuel Wright) comes to ply his troth, and Natale flits around the overly tall suitor like her name Butterfly, teasing and tweaking his stolid attempts at proposing.

Natale’s excellent performance is highlighted by some superb work from her fellow cast members. Bogdanov is a wonderful Sharpless, his voice carrying at once the weight of authority and the concern of someone who truly cares about Butterfly’s fate, even as he is helpless to change it.

Ahn brings to Goro a fine sense of slyness – rather than playing him as a heavy, as some have, Ahn makes him more of an opportunist. And his singing is wonderfully bright, strong and clear.

White certainly looks the part of the ugly American behind the façade of the dashing naval officer, but his singing was woefully thin, almost reedy at times. He could be heard clearly only if no one else was singing, or the orchestra was exceptionally quiet.

But that might have been a choice – making the character of Pinkerton of even fewer dimensions than usual, denying him even the sound of a soul, so that even his aria of regret, “Addio fiorito asil,” sounded hollow. It made one wonder if those who booed as White took his bows Friday night were responding to his performance or the character he played.

James Lowe, who missed the final two rehearsals because of illness, led the Tulsa Opera Orchestra in a delicate, nuanced performance of Puccini’s score, one that respected the composer’s silences and stillness as much as his bombast and drama.