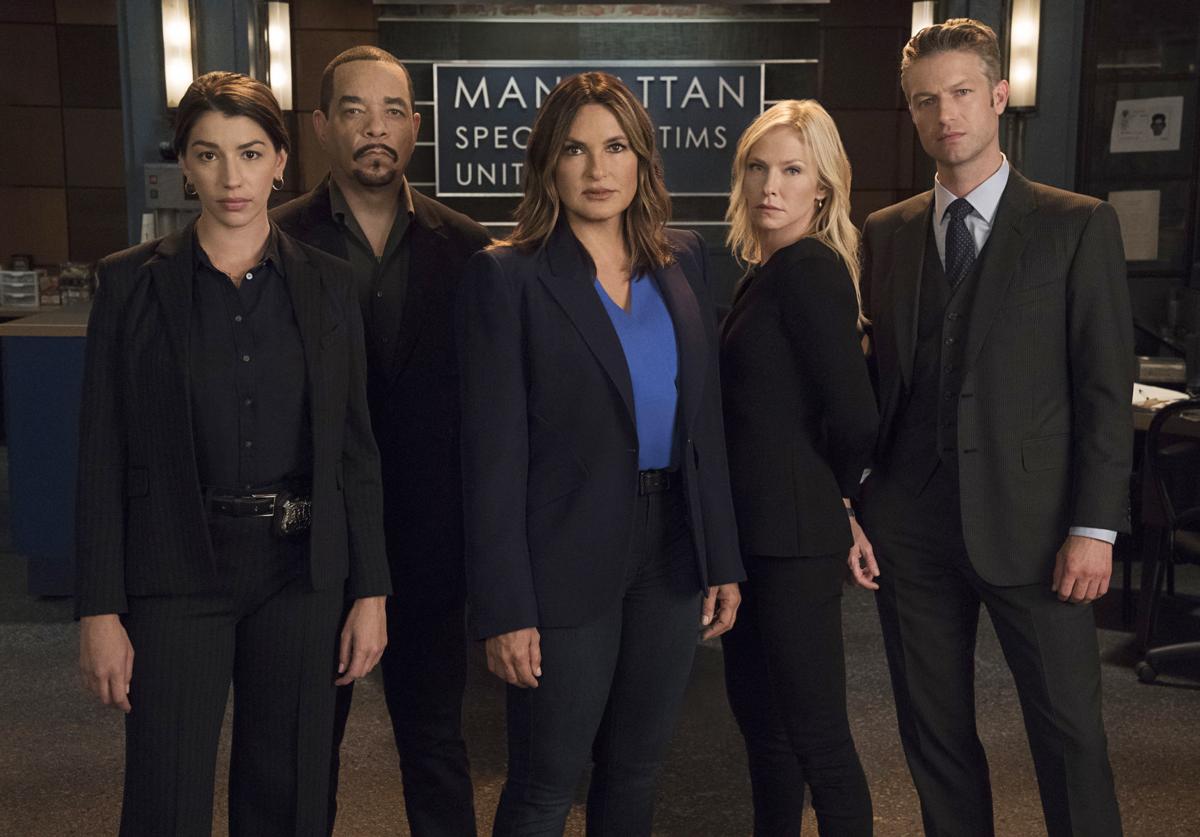 During the intro to “Gunsmoke” episodes, Johnny Cash used to stand in front of his TV set and try to outdraw Matt Dillon.

Somebody finally bested him.

Mariska Hargitay plays Benson in “Law & Order: Special Victims Unit,” which this season broke a record that perhaps some folks thought would never be broken.

“Gunsmoke,” starring James Arness as Dillon, aired for 20 seasons and was the longest-running scripted prime-time (and nonanimated) series in TV history.

“Law & Order: SVU” is in the midst of its 21st season, relegating “Gunsmoke” to second place on the list.

Interestingly enough, a different series in the “Law & Order” franchise could have dethroned “Gunsmoke,” but the plug was pulled on the original “Law & Order” series after it tied “Gunsmoke” with a 20th season in 2010. “Gunsmoke” dodged that bullet, but SVU is still forging ahead to catch bad guys — and the eyeballs of viewers.

“The longevity and continued success of ‘SVU’ is a testament not only to the show’s powerful storytelling and ability to connect with viewers but to its necessity,” Hargitay said when a 21st season was announced. “We have told important stories for 20 years, and we will continue to tell them.”

Lovers of old-school TV may be sad that “Gunsmoke” lost a badge of honor, but instead of mourning, let’s celebrate both shows:

First lookGunsmoke: It debuted Sept. 10, 1955. It was part of CBS’ Saturday lineup, and the competition was the informational show “Tomorrow’s Careers” on ABC and the comedy-variety show “The George Gobel Show” on NBC. The lead-in show was a new sitcom titled “It’s Always Jan,” starring Janis Paige. “Gunmoke” lasted 19 seasons longer than “It’s Always Jan.”

SVU: It debuted Sept. 20, 1999. It was part of NBC’s Monday lineup, and the competition was “Ally McBeal” on Fox, “Everybody Loves Raymond” on CBS and “Monday Night Football” on ABC (the Cowboys beat the Falcons, 24-7). The lead-in show was the Kirstie Alley sitcom “Veronica’s Closet,” which was entering its final season.

Cast shufflesGunsmoke: Longtime cast members Arness, Milburn Stone (Doc), Amanda Blake (Miss Kitty) and Chester Goode (Dennis Weaver) were there from the start. Glenn Strange (Sam the bartender), Burt Reynolds (Quint Asper), Ken Curtis (Festus Haggen) and Buck Taylor (Newly O’Brien) debuted in 1961, 1962, 1964 and 1967, respectively. Arness and Stone stuck around for the entire run, but Stone skipped some episodes in the early 1970s because he had to visit a real doctor.

Family treeGunsmoke: It was a radio show before it was a TV show. The radio series ran from 1952-61, overlapping for a few years with the TV version. Matt Dillon was voiced on radio by William Conrad, who would later star in the TV series “Cannon,” “Nero Wolfe” and “Jake and the Fatman.” In 1974, a “Gunsmoke” spin-off titled “Dirty Sally” (starring Jeanette Nolan) was launched. It lasted 13 episodes — 467 fewer than “Gunsmoke.”

SVU: It was preceded by “Law & Order,” which premiered nine years earlier. More than 200 episodes of “Law & Order” aired before SVU debuted. There have been multiple “Law & Order” spin-offs.

Guest starsGunsmoke: When a show airs for 20 or more years, the list of guest stars is going to be tremendous. Among “Gunsmoke” guest stars with Oklahoma ties: Gary Busey, Vera Miles, Rance Howard, Ron Howard, Ben Johnson and Leif Garrett (a soc in “The Outsiders”).

SVU: Did someone say Cicely Tyson? She was a guest star on SVU, as was Tulsa’s Bill Goldberg.

If you compare shows, who wins? Everyone. A common denominator in their longevity is great stories. You can enjoy them all instead of picking sides.