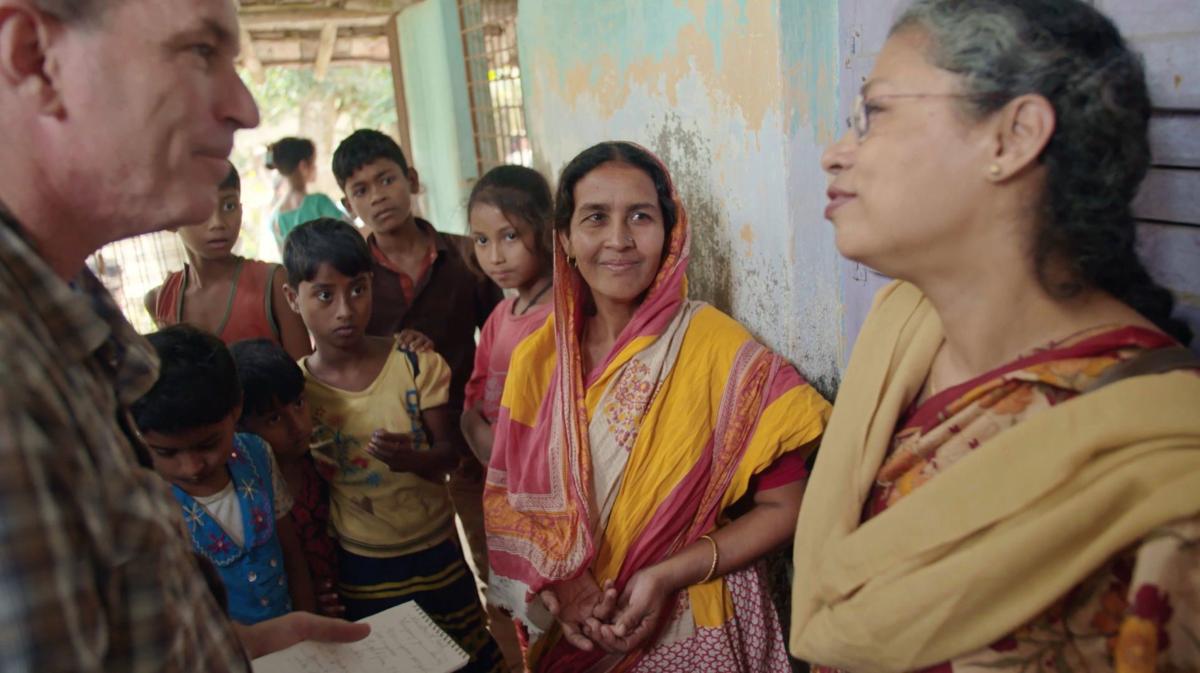 There are 1 billion people on the planet with no access to electricity.

There are 2 billion more people whose access is so lacking that they use less electricity in a year than the average American’s refrigerator.

These are the statements made by a new documentary, “Juice: How Electricity Explains the World,” produced by Robert Bryce — a 1978 Bishop Kelley High School graduate who is one of the world’s most renowned authors on the subject of energy.

And who now is also a filmmaker.

The release follows last summer’s world premiere at Circle Cinema, at which Bryce returned to his hometown.

“I’m Golden Driller-size proud of being from Tulsa,” he said, adding that, “All my siblings and many of my nieces and nephews live in Tulsa. I love that town.”

His roots run deep: He’s the son of Walter Bryce (who started a successful insurance company here) and Ann Mahoney Bryce, a Tulsa TV pioneer who began hosting “Lookin’ at Cookin,’ ” one of the first shows to air on KOTV in 1949.

Bryce’s tastes run local as well, saying that any visit to Tulsa demands a stop by “Brownie’s for a cheeseburger and a slice of coconut cream pie.”

But he’s made his name beyond Oklahoma as the author of six books on energy, and his latest — “A Question of Power: Electricity and the Wealth of Nations” — was released earlier this year.

He’s also published more than 1,000 articles, and as a public speaker, Bryce has delivered lectures and keynote speeches numbering close to 300 in the past decade.

But he came to a conclusion when it came to his storytelling about electricity: We live in a video age.

“I knew that I could write another book,” Bryce said. “But if I wanted my reporting to have a broader reach, and to make the story about electricity more human, more relatable, I needed to make a film.”

He found a filmmaking partner in Tyson Culver, who directed “Juice,” and who said he was “hooked” by the idea: “How could so many people live that way in the 21st century? What did their lives look like? Would they be willing to talk to us?”

The two men talked with more than 50 people from five continents to tell the human story of electricity in the words of those who have it — and those who do not.

Culver described Bryce as “a bird watcher with solar panels on his roof — oh, and he lived with the Navajo for two years.”

But Bryce is also a man “always in search of the truth, who gets along with everyone. So we made him our tour guide, and the citizens of the world became the stars of the film,” Culver said.

They traveled more than 60,000 miles to locations including Lebanon, Iceland, India, Puerto Rico and cities in the U.S., all in an effort to explain who has electricity, who is trying to get it and how developing countries are working to bring their people out of the dark and into the electricity age.

“We want people to see electricity for the wonder that it is,” Bryce said.

“Darkness kills human potential. Electricity nourishes it. Electricity matters to all of the big issues of our day: women’s rights, inequality, climate change, poverty and land use.”

All of that was true before a pandemic struck. What effect has COVID-19 had in context to the film?

“The pandemic has further underscored the enormous importance of electricity to modern society,” Bryce said.

“Nearly every aspect of the response to the coronavirus requires electricity, including detecting people with high temperatures, powering the machines that test for the virus and the medical equipment used to treat patients.”

What the Ale: Cabin Boys Brewery and American Solera make a collaboration brew

Graze craze: Local snacking platters are works of art and delicious, too

"Juice: How Electricity Explains the World" is a 1 hour, 20 minute documentary written and produced by author Robert Bryce of Tulsa. The film was released this week through video-on-demand services including iTunes and can be streamed through rentals on services including Amazon Prime Video, Apple TV+ and Vudu.

NOTE: Bryce's newest book is his 2020 release, "A Question of Power: Electricity and the Wealth of Nations." Bryce will take part in a webcast/virtual event with Magic City Books on June 18 at 7 p.m. More information is available at magiccitybooks.com/events/