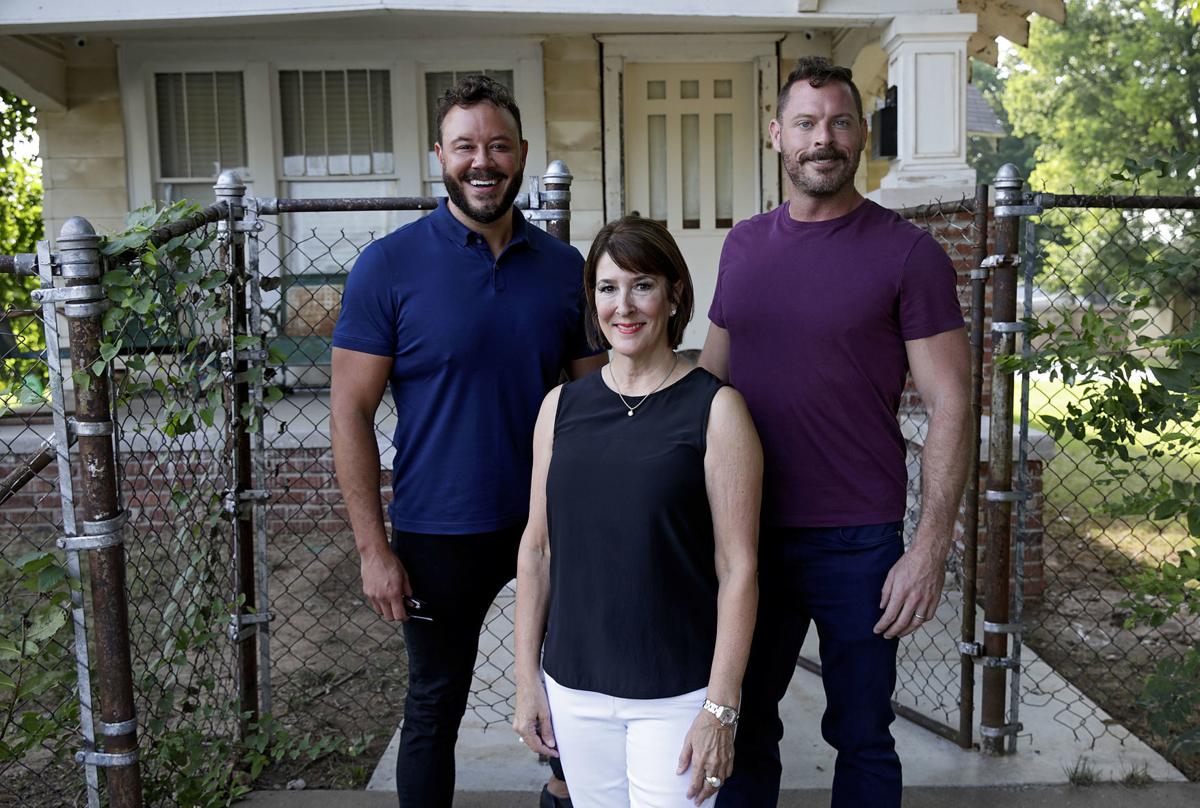 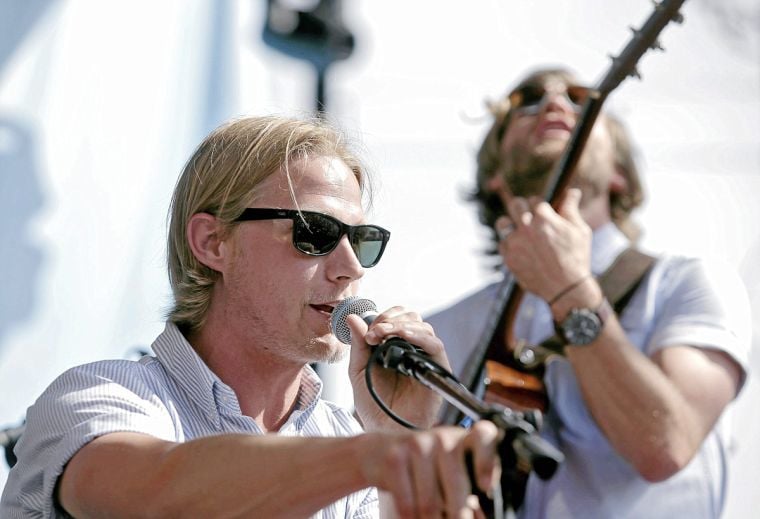 Zach Chance (left) and Jonathan Clay of Jamestown Revival, seen here during the 2015 Hop Jam, are writing the lyrics and score for the forthcoming stage musical of “The Outsiders.” 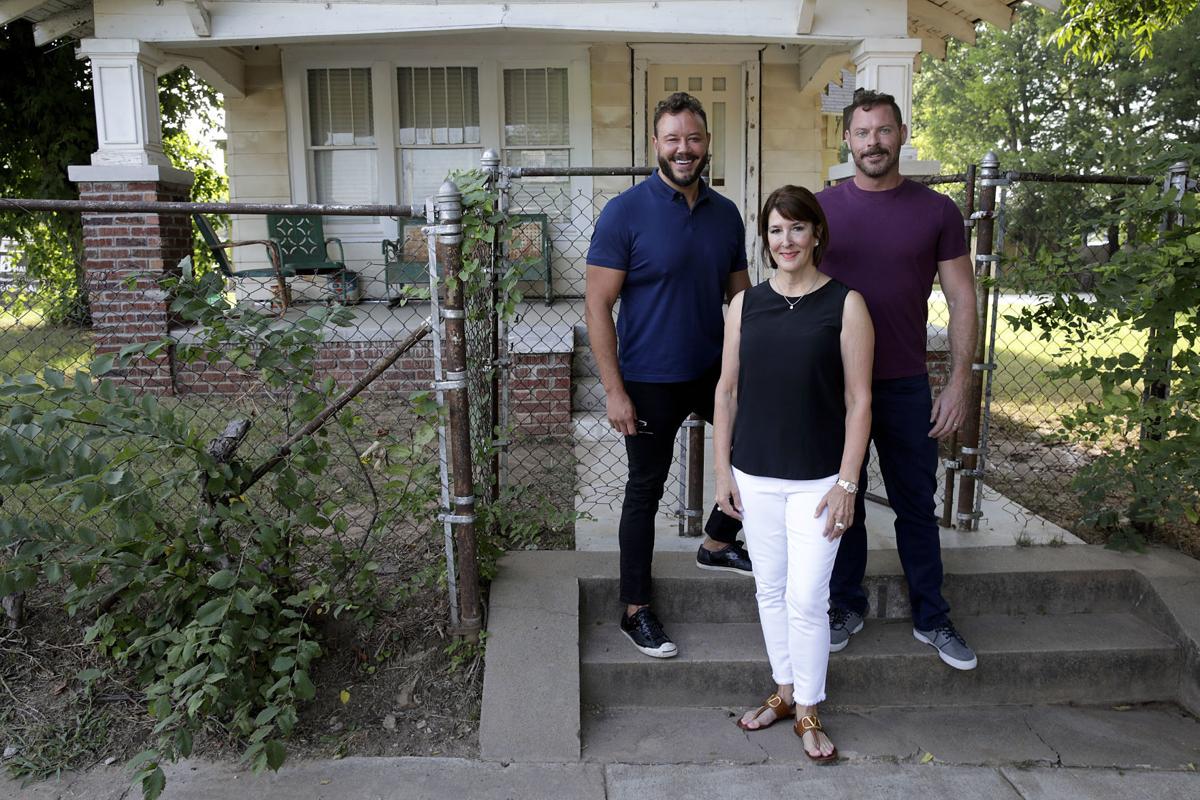 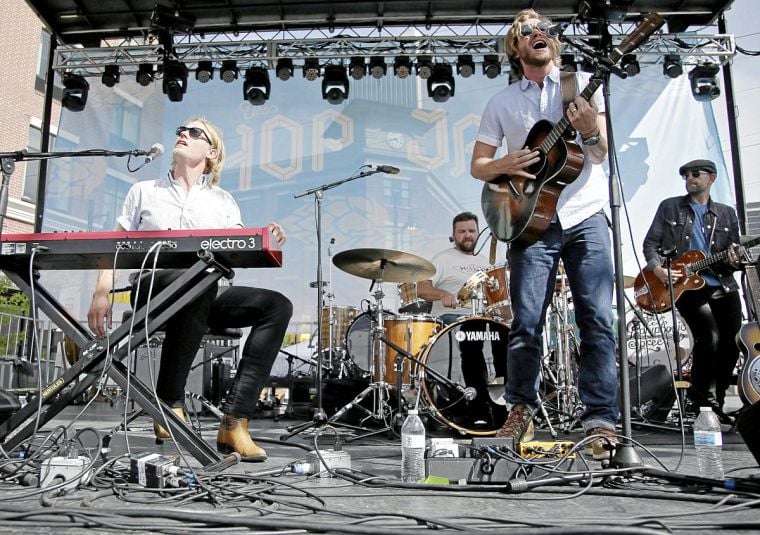 Zach Chance (left) and Jonathan Clay of Jamestown Revival, seen here during the 2015 Hop Jam, are writing the lyrics and score for the forthcoming stage musical of “The Outsiders.” JOHN CLANTON/Tulsa World 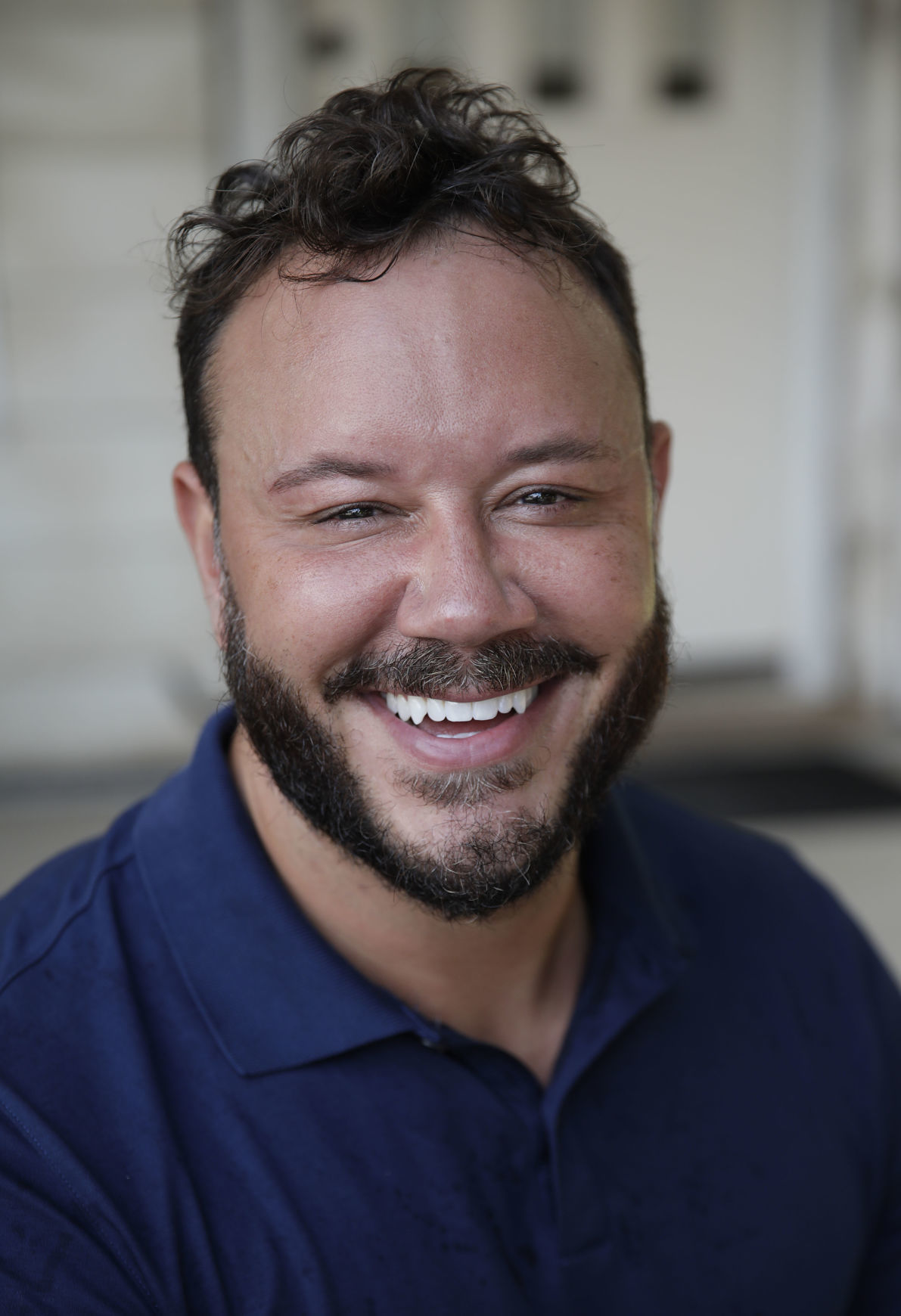 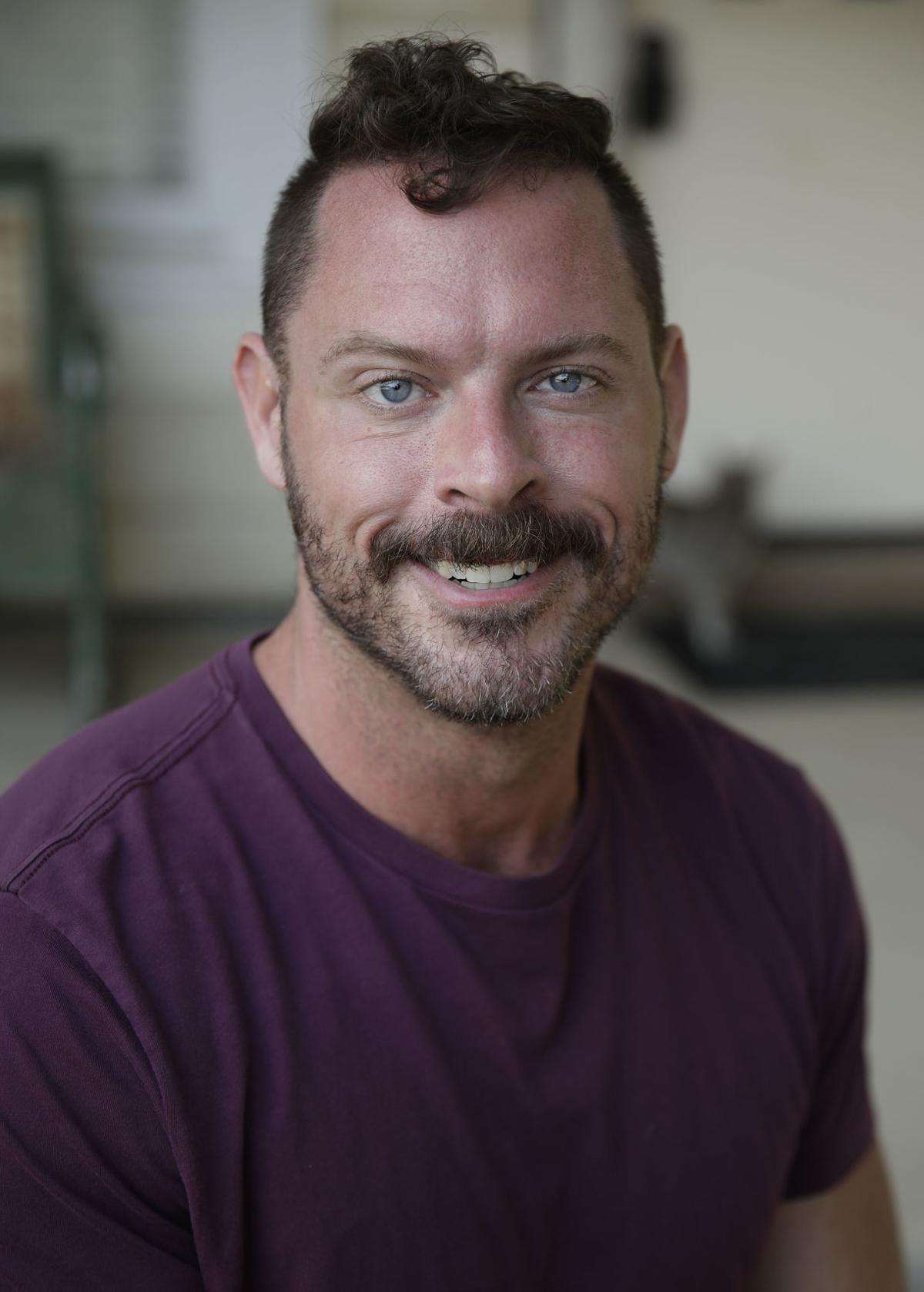 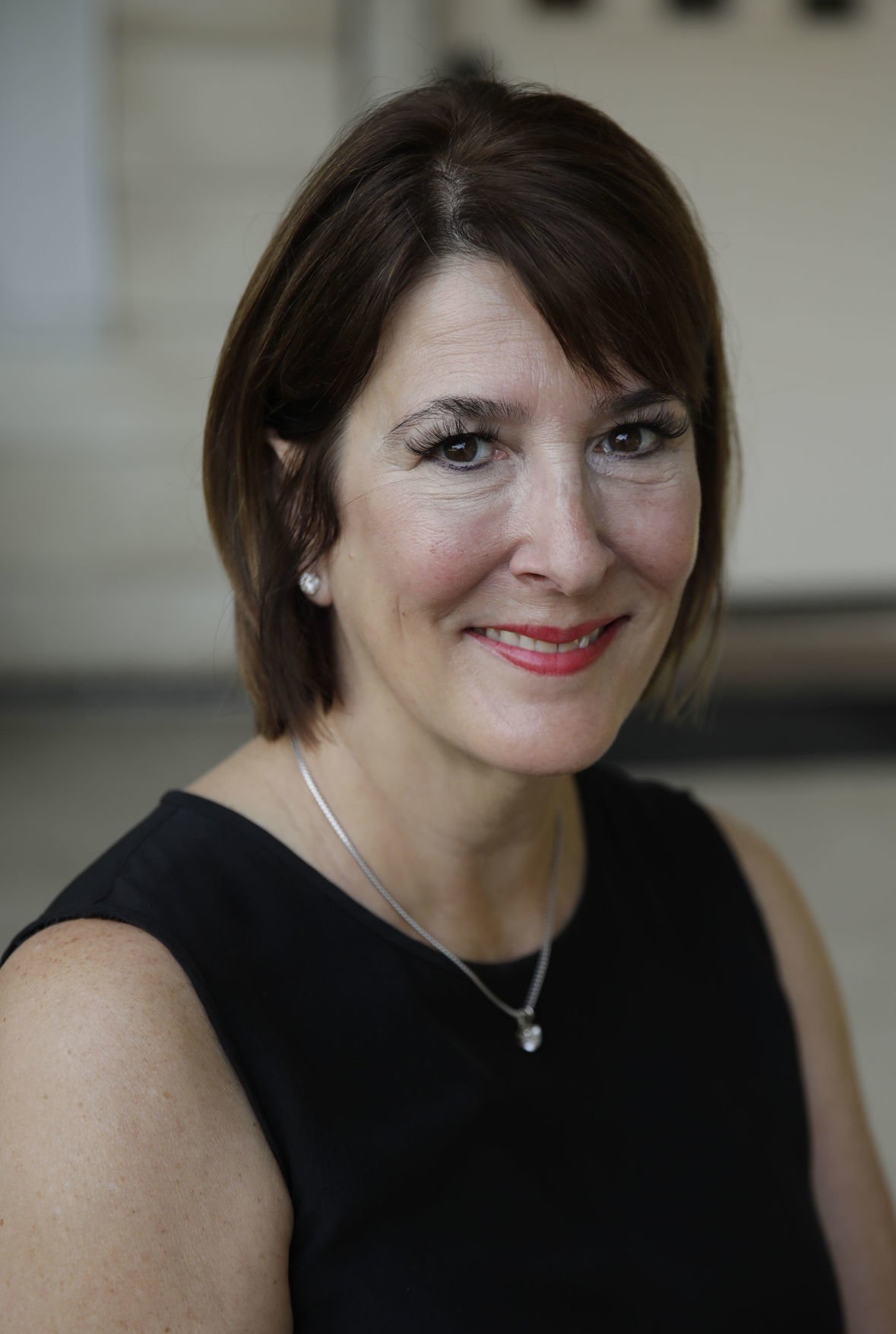 Patricia Chernicky, a philanthropist and entrepreneur who is the principal and managing partner of TPC Studios. MIKE SIMONS/Tulsa World

Zach Chance (left) and Jonathan Clay of Jamestown Revival, seen here during the 2015 Hop Jam, are writing the lyrics and score for the forthcoming stage musical of “The Outsiders.”

Zach Chance (left) and Jonathan Clay of Jamestown Revival, seen here during the 2015 Hop Jam, are writing the lyrics and score for the forthcoming stage musical of “The Outsiders.” JOHN CLANTON/Tulsa World

Earlier this year, Tulsans Jay Krottinger and Ryan Jude Tanner helped to bring the legendary musical “Oklahoma!” to new audiences as co-producers of the acclaimed Broadway revival and earned their second Tony Award in the process.

Now, with the help of a new partner, they are working to give another iconic Oklahoma story new life on the musical stage as co-producers of the forthcoming adaptation of “The Outsiders.”

“A colleague of ours happened to mention that a musical of ‘The Outsiders’ was in the works, and I immediately knew I had to find out how to get involved,” Krottinger said. “It’s still in the development stage, but it’s definitely a Broadway-bound show.”

It is also a show that appeals to the vision of Tanninger Entertainment, the company the team originally founded under the name Square 1 Theatrics.

“Part of our mission is to seek out shows that have some relevance to Oklahoma and its heritage,” Krottinger said.

Patricia Chernicky, the newest partner in the team, said, “I just think it’s going to be really cool to see something on Broadway that’s all about Tulsa.”

The musical is set to premiere June 19-Aug. 2, 2020, at Chicago’s Goodman Theater. Playwright Adam Rapp is writing the show’s book, which is based on Tulsa author S.E. Hinton’s 1967 novel, as well as the script for the 1983 film version, directed by Francis Ford Coppola.

The musical’s score and lyrics are being written by Jonathan Clay and Zach Chance of the band Jamestown Revival, with the assistance of the show’s music supervisor Justin Levine. Jamestown Revival performed Aug. 1 at the Vanguard in Tulsa as well as the The Hop Jam festival in 2015.

The creative team also includes award-winning choreographer Lorin Latarro (“Waitress,” “Les Liaisons Dangereuses”) and director Liesl Tommy, who was nominated for a Tony Award for her work on the acclaimed drama “Eclipsed” and will direct Jennifer Hudson in a film biography of Aretha Franklin.

“They recently held an industry reading, which is when they invite potential producers and theater owners to get an idea of what the show will be, to determine if they want to invest in the project,” Krottinger said. “If there’s enough interest, they move on to the enhancement stage, where things get fine-tuned for a performance.

“After that, the next stop would be Broadway,” Tanner said. “And this is the first time that we’ve gotten involved in a show at this level, where we will be able to have some real impact on the show, where it’s more of a collaboration.”

“The Outsiders” is one of nine shows that Tanninger Entertainment has helped produce, beginning in 2012 with “Flipside: The Patti Page Musical” and continuing with the Tony Award-winning revival of Stephen Schwartz’s “Pippin” and such acclaimed musicals as “Waitress,” “Memphis” and “Come From Away.”

The team’s success rate at backing successful shows has been impressive.

“The national rate of recouping one’s investment in a Broadway show is nationally around 22%,” Tanner said. “Currently, we have recouped, or are recouping and returning on the investment, with an 85% success rate.”

Krottinger added, “That doesn’t mean everything we’ve backed has been a success. We invested in ‘A Time to Kill’ (the stage version of the John Grisham novel), and it closed after 33 performances. That hurt.”

One idea for easing that hurt in the future is the establishment of a “Broadway Entertainment Fund” to help mitigate risk to accredited investors by investing in a number of projects over a three-year period.

The fund, which is currently at $3.5 million, has investments in “The Outsiders,” the revival of “Oklahoma!,” the London productions of “Come From Away” and “Waitress,” and the forthcoming show “Becoming Nancy,” which will open Sept. 6 at the Alliance Theatre in Atlanta.

Chernicky, a philanthropist and entrepreneur who is the principal and managing partner of TPC Studios, said she has been an investor in Tanninger Entertainment projects for several years.

“I looked at it as a way of contributing to the arts, with no expectation of getting the money back,” she said. “But now, looking at the numbers, I realized that once you understand the process and the financials — once I saw the full picture — I saw that I could have a role in this, that I had something to add.

“Backing a Broadway show is always a high-risk investment,” Chernicky said. “That’s just the nature of the game. But spreading one’s money over several projects is a bit like diversifying one’s stock portfolio.”

She laughed, then said, “And you can’t deny the fun factor. If you’re interested in the arts, it’s a lot more fun to invest in Broadway than the stock market.”

Tanner said that having Chernicky as part of Tanninger Entertainment “expands our reach and brings a fresh perspective to our long-term strategic goals.”

“Her talents can only be described as bold,” Krottinger said. “We could not ask for a better business partner.”

In addition to her expertise in working with a wide array of nonprofit organizations, as well as her own businesses, Chernicky’s presence in Tanninger Entertainment offers the company something unique and necessary.

“Each of us comes to the process of selecting a show differently,” Krottinger said. “We all view things through our own knowledge, expertise and biases. For example, I said no to our backing ‘Waitress.’ It wasn’t because I thought it was a bad show. I loved the show, but I also knew it was going to go up against ‘Hamilton,’ and I didn’t think it had a chance. But these two ...”

“They were right,” Krottinger said. “Because ‘Waitress’ turned out to be the only show that season that made a profit against ‘Hamilton.’ ”