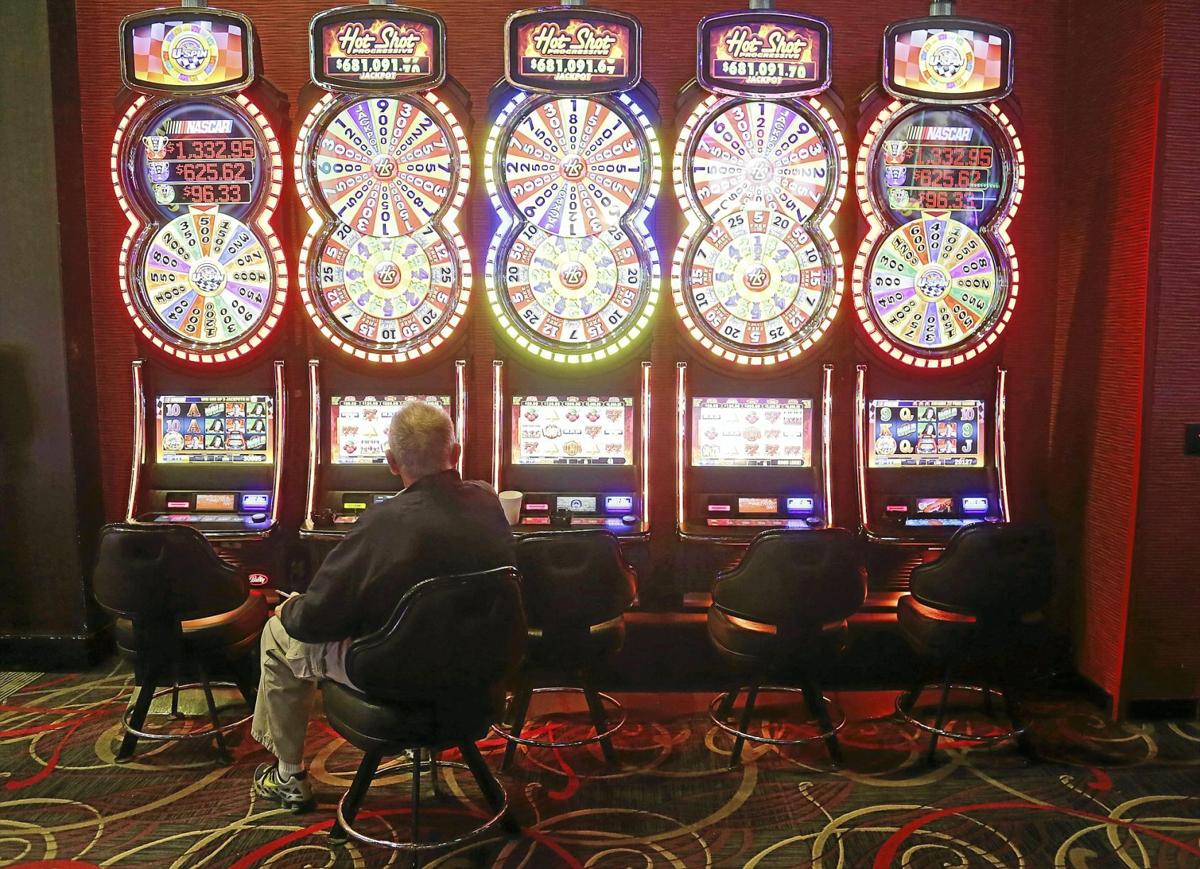 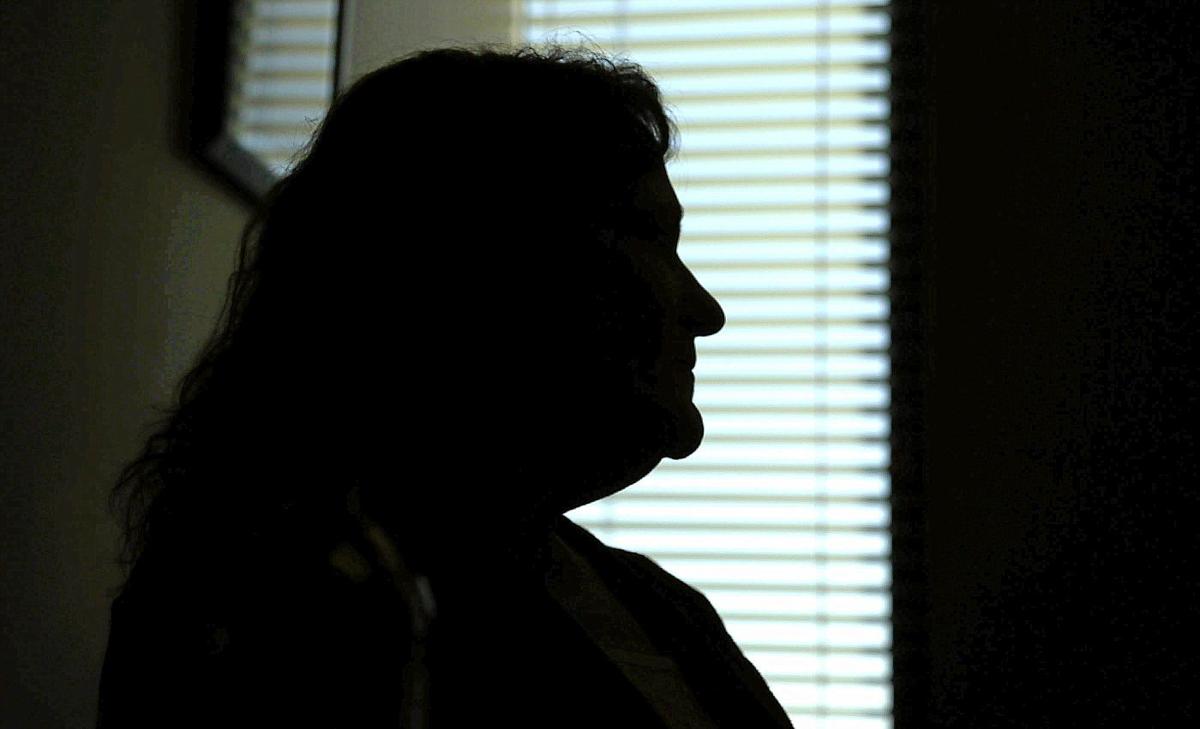 Melissa, who didn't want to be identifiable, speaks during an interview about her gambling addiction Oct. 20, 2015. MIKE SIMONS/Tulsa World 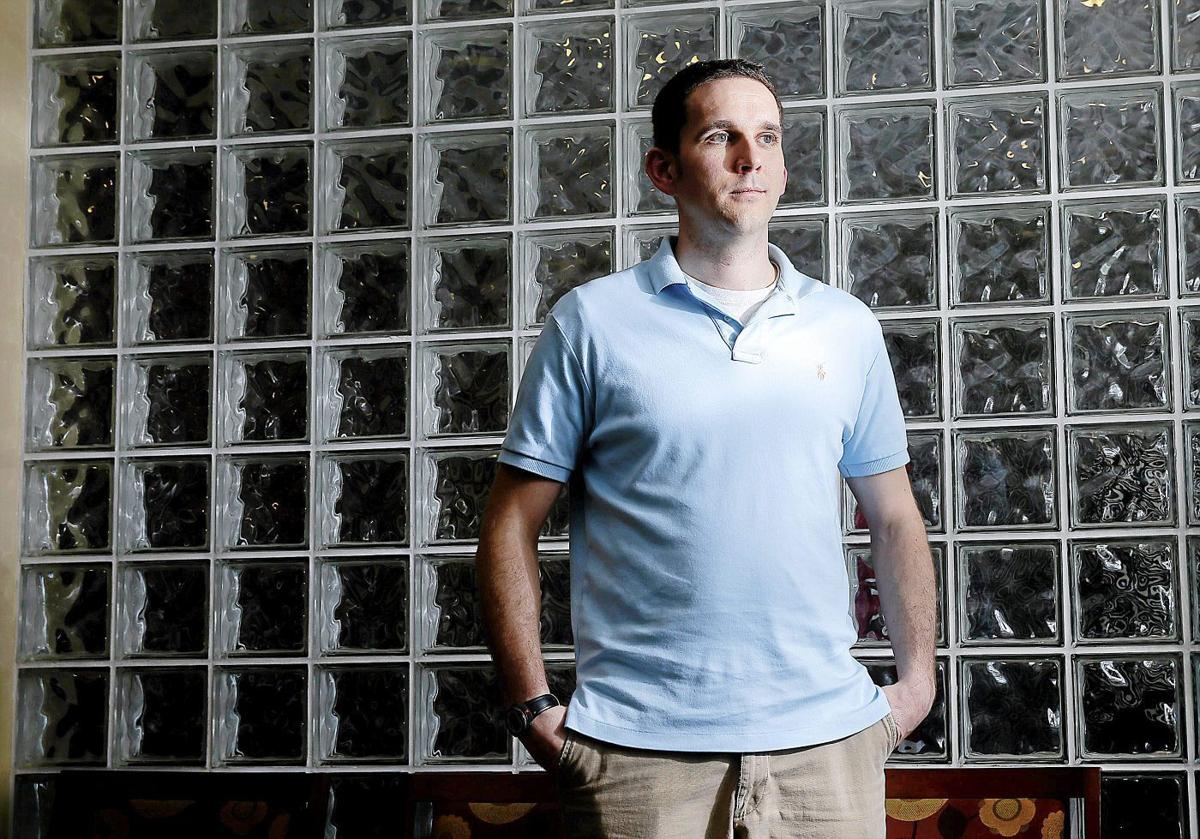 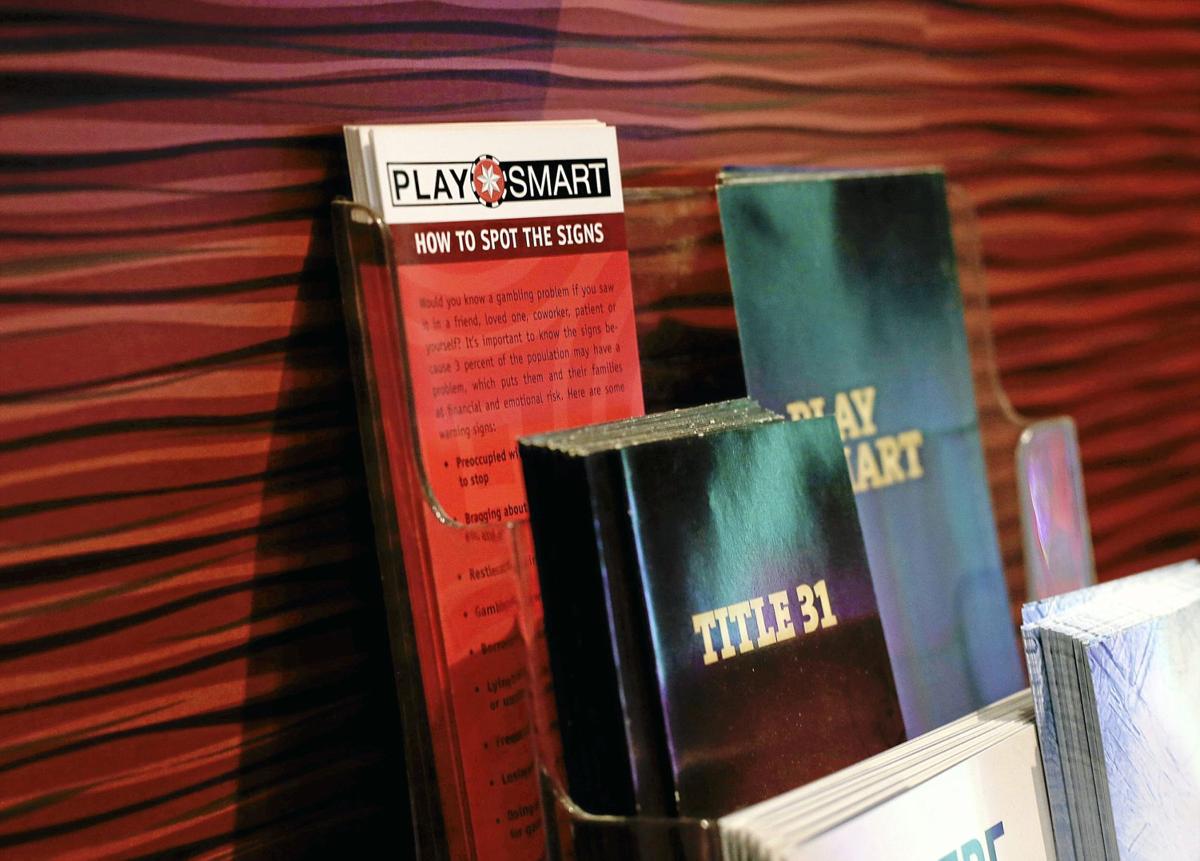 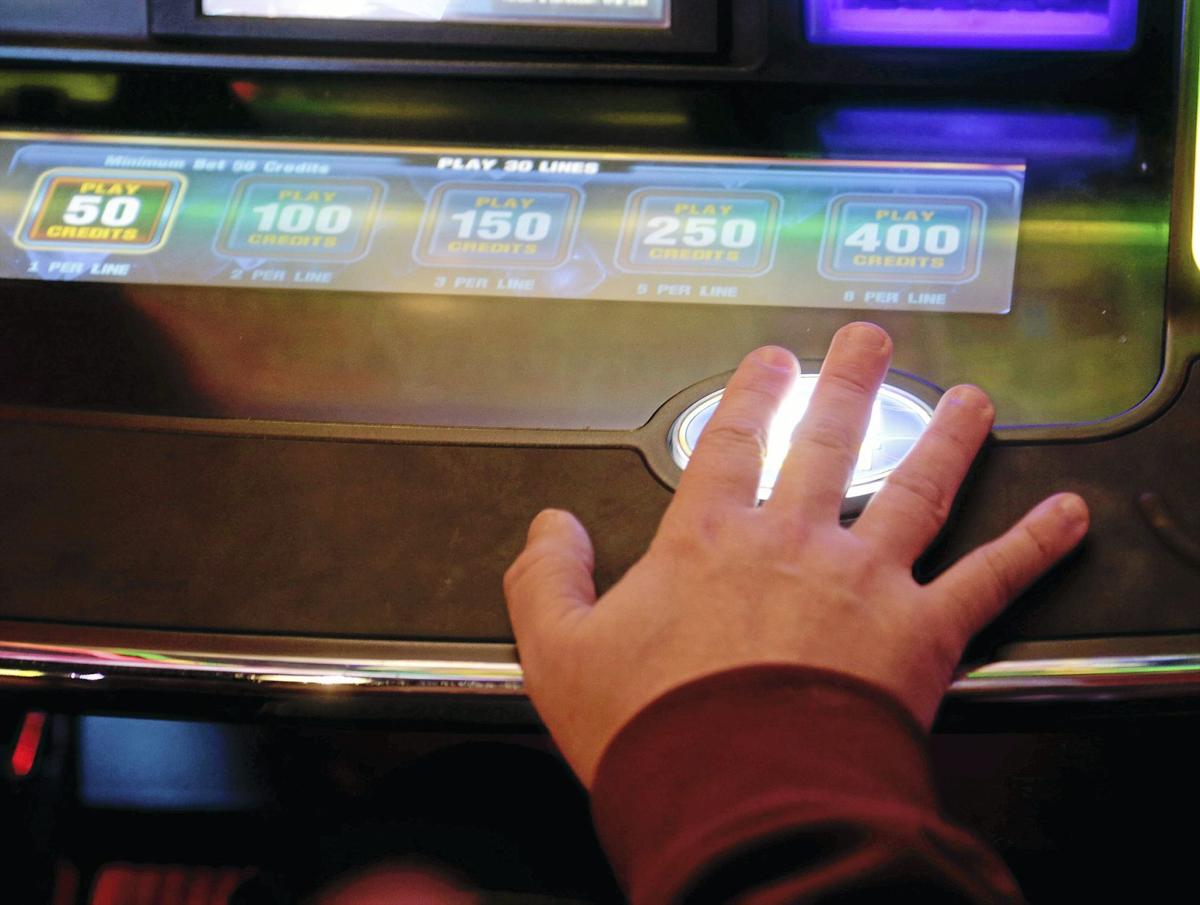 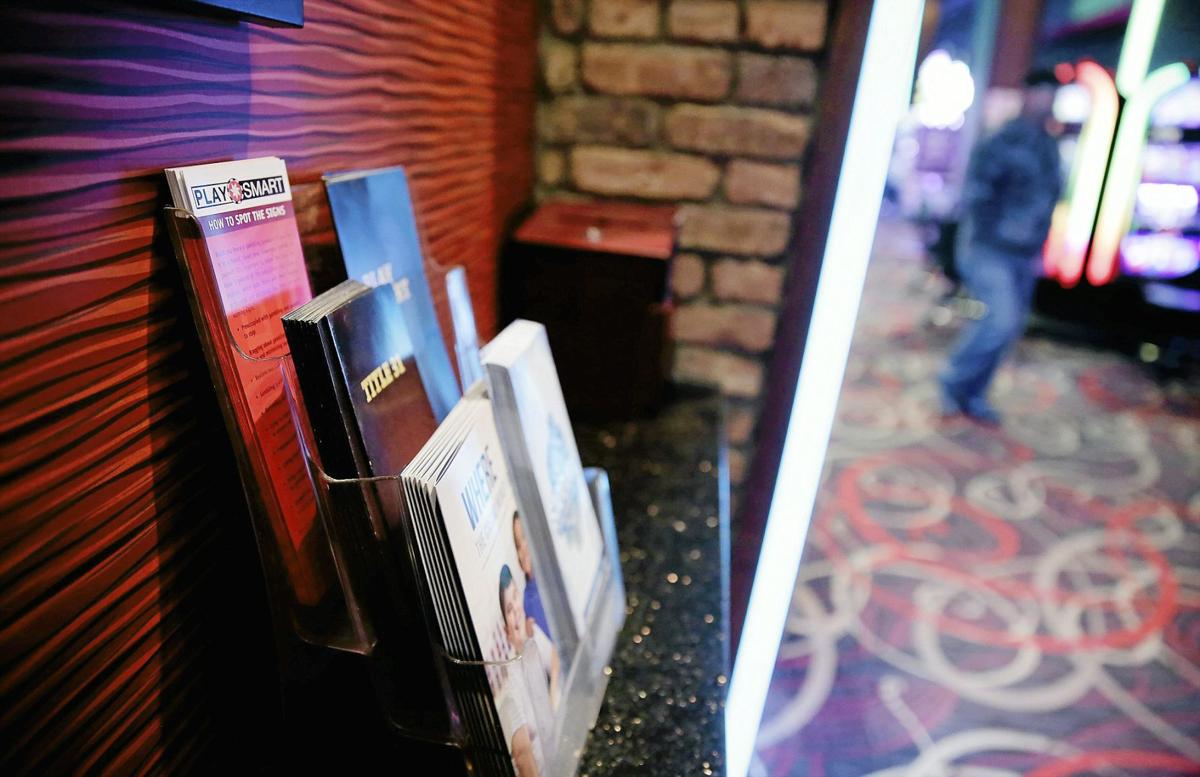 Melissa, who didn't want to be identifiable, speaks during an interview about her gambling addiction Oct. 20, 2015. MIKE SIMONS/Tulsa World

Her teenage daughter answered the door when two police officers came to make the arrest. Melissa knew they would be coming sooner or later and made a point of not being there, quietly turning herself in the next day to avoid the humiliation of walking down the driveway in handcuffs with the neighbors watching.

Melissa ran a home health-care business and had the authority to take out credit cards in the company’s name. But she had opened a couple of extra cards for her own personal use, planning to pay off the balance before her employer noticed — but ultimately wrecking the company’s credit instead.

More than 116,000 people in Oklahoma, or roughly 3 percent of the population, have a gambling problem, according to estimates from therapists and prosecutors. And that seems to be fueling an increase in white-collar crime across the state, with only California and New York seeing a higher number of gambling-related embezzlement cases in recent years.

Like Melissa, gambling addicts don’t really think through the ramifications of taking money.

“I was just borrowing it,” she says, shaking her head at her own stupidity. “I was going to take the money to the casino and win it all back and pay off the credit card and nobody was ever going to know the difference.”

The truth is — and Melissa admits it now — it wouldn’t have mattered if she had won all the money back. She won all the time. The year Melissa was arrested, 2008, she filed taxes on nearly $200,000 in winnings, on top of a pretty good salary as a health-care administrator. Yet she couldn’t afford a car, and her family had to move in with her mother-in-law because she couldn’t make house payments anymore.

Every dime she made and every cent she won went straight into the slot machines. When she was too far in debt to borrow any more money in her own name, she stole from her employer. And even after she went to jail, she posted bond and drove straight back to the casino.

“I didn’t stay long,” Melissa says. “I couldn’t, because I ran out of money and that was it. Rock bottom. The end of my rope.”

At that point, Melissa had only two options left, as far as she could see. Get professional help for her gambling addiction. Or kill herself.

The fourth edition of the Diagnostic and Statistical Manual of Mental Disorders, published in 2000, listed obsessive gambling under “impulse disorders.” But the fifth edition, used by psychiatrists and therapists since 2013, puts gambling under “addiction disorders,” a significant revision that reflects the changing way that therapists think about the problem.

Compulsive gambling used to be described as an “addiction” in more of a metaphorical sense, a habit that is hard to shake. But now experts mean it literally. Gambling can be addictive. Levels of dopamine in a gambler’s brain are similar to a cocaine user’s, and compulsive gamblers build up a similar tolerance, needing to chase after bigger and bigger “hits” to feel the same euphoria, according to recent research.

“It’s a chemical process,” says Jeremy Jenkins, Melissa’s therapist at Family & Children’s Services. “There’s the same pattern of withdrawal and relapse that we see in other addictions.”

In some ways, a gambling addiction is even harder to treat than drug and alcohol abuse, Jenkins says. A treatment program will always involve keeping an addict away from the substance she is abusing — alcoholics stay away from bars; compulsive shoppers avoid the mall. But for a gambler, that substance is money.

“Nobody has to walk around with a flask of whiskey,” Jenkins says. “If you’re struggling with pornography, you can stay off the Internet, and while that might be an inconvenience, you can still function normally in day-to-day life. But sooner or later, everybody needs money. It’s a necessary part of life.”

Jenkins advocates “total abstinence” from money for at least three months and controlled access to it for “up to a year, I think, just to be safe.” For Melissa, that meant relying on her husband to make every purchase, even if it was just a cup of coffee. For the first several months of recovery, Melissa wouldn’t trust herself with even a handful of loose change.

“I realize, of course, that nobody is going to understand that,” she says, speaking to the Tulsa World in her therapist’s office. “Nobody ever understands it. But you would never ask an alcoholic, ‘Why can’t you have just one drink?’ It’s this belief that gambling addiction isn’t really that bad, that you could control it if you really wanted to. But you can’t. Ever.”

‘Couldn’t happen to me’

Melissa had been to Las Vegas a few times over the years, but if she had any inclination toward compulsive gambling, she didn’t notice it. Sure, she blew through a lot of cash and walked out of the casinos empty-handed. But a lot of people do.

She didn’t start going to local casinos until nine or 10 years ago to play the slot machines, which gave her a rush of adrenaline every time she pushed the button. Eventually, she didn’t even care about winning — she just wanted to sit there in front of the flashing lights and keep those wheels spinning.

“The rest of the world just disappears,” she says. “You go in and escape the world. Escape from stress. Escape from kids, the husband, whatever. Everything just goes away and that’s how it starts.”

At first, she was going to a casino once or twice a week. Then four or five times. Then every day. Toward the end, she would literally stay for days at a time, not sleeping or even stopping to eat, losing track of whether it was light or dark outside.

“I was a nurse,” Melissa says, “and I knew all about drug addiction. I thought I was too smart to get addicted to anything, to let anything control me. It couldn’t happen to me.”

But she lost her job. Lost her nursing license. Nearly lost her marriage. And received two five-year suspended sentences as a convicted felon.

People often ask Jenkins, the therapist who is helping Melissa, if he would recommend that everyone simply stay away from gambling in the first place. After all, you can’t become addicted to something you never try.

He answers by telling people about his grandfather.

“He went to the racetrack every once in a while, and he would spend maybe a hundred dollars,” Jenkins says. “But that was within his budget. He enjoyed it, but if for some reason he couldn’t make it to the track, that was OK. He didn’t have to go.”

Not everybody who gambles become addicted to it, just like not everyone who drinks becomes an alcoholic. In fact, only about 3 percent of the U.S. population faces an addiction to gambling — less than half the rate affected by alcoholism, according to the National Institutes of Health.

Given the suicide rate — nearly one in four gambling addicts will try to kill themselves, the highest rate for the any type of addiction — it could lead to premature deaths for tens of thousands of people in Oklahoma.

“There’s a perception that we don’t care,” says Amanda Clinton, a spokeswoman for the Cherokee Nation, which operates nine casinos statewide, including the gigantic Hard Rock Hotel & Casino Tulsa, 20 minutes east of downtown. “But that couldn’t be further from the truth.”

Casino employees, especially at the smaller locations like Ramona and West Siloam Springs, often look to find their own family members sitting at the slot machines or behind the card tables, Clinton says.

Casinos, and not just Cherokee locations, go to extraordinary lengths to discourage compulsive gambling, Clinton says. At Hard Rock, for example, you can find a stack of pamphlets about problem gambling near the window where you cash in chips. Staff members are trained to recognize signs of compulsive behavior — frequent trips to an ATM, perhaps, or someone sitting at the slots too long — and security will ask a suspected addict to leave, much the way a conscientious bartender might cut off someone who has been drinking too much, she says.

Oklahoma casinos even let people ban themselves. The official term is “self-exclusion,” with the Oklahoma Association for Problem and Compulsive Gambling making a sign-up form available online. More than 20 people per month sign up through the OAPCG, but far more people ask individual casinos to stop letting them in.

Put your name on a “self-exclude” list, and security will try to block you from entering. If you slip past security and hit a jackpot worth more than $1,200 — which requires a tax form — the casino will refuse to give you the money.

“I’ve never been to a bar or to a restaurant with information about Alcoholic Anonymous sitting out for you to find,” Clinton says. “This is supposed to be entertainment. If you’re not having fun, if it’s impacting your life, we don’t want you here.”

Melissa sought help in 2008 and has been completely “clean” for five years. Yes, that means she relapsed a few times in the early years of her recovery — which is common. And like many alcoholics, she will never consider herself “cured.” She will always be a recovering addict, constantly on guard to avoid temptation. She won’t even eat at Incredible Pizza because the game room reminds her too much of a casino.

To relaunch her career, she’s working toward a bachelor’s degree at Rogers State University and she has applied for her nursing license again. More importantly, she says, she has regained her husband’s trust.

“I want people to know that once you start getting into recovery, you can get everything back that you’ve lost. It takes time. It takes work. But the sooner you get help, the sooner your life will get better.”

Signs of addiction to gambling

• Feeling restless or irritable when not gambling

• Concealing or lying about gambling habits

• Losing time from work or school to gamble

• Having conflict in a relationship because of gambling

• Gambling after expressing a desire not to gamble

Contact the Oklahoma Association for Problem and Compulsive Gambling at oapcg.org or 1-800-522-4700.