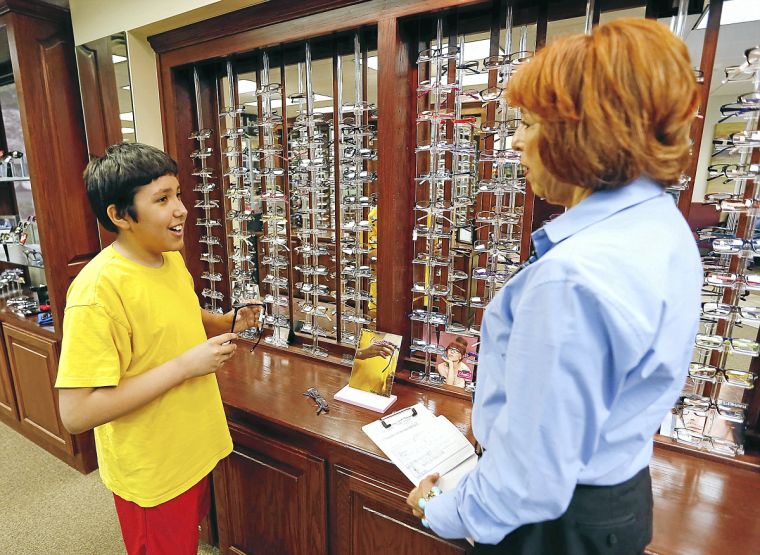 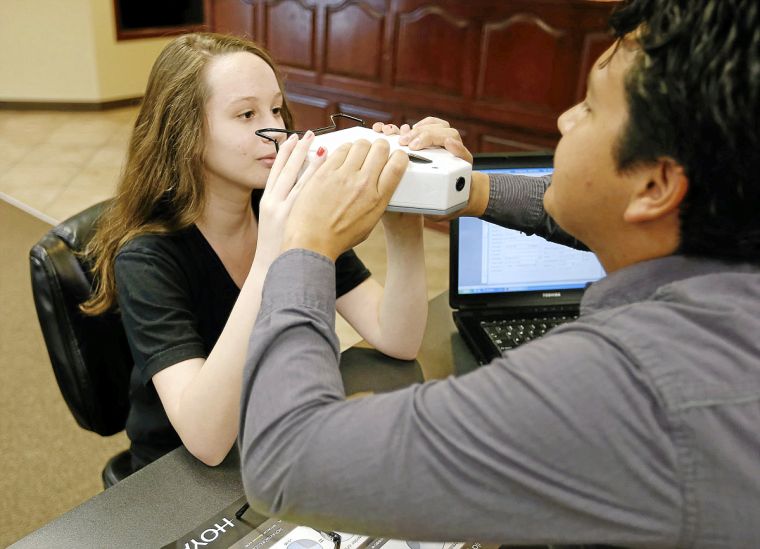 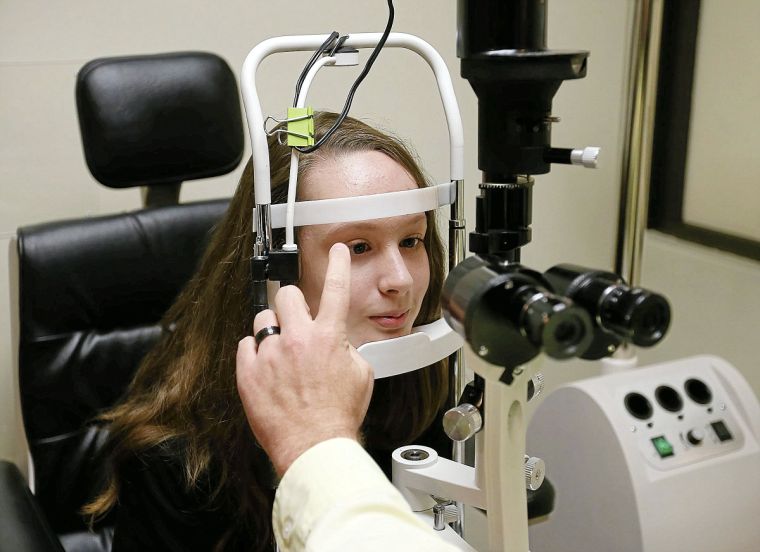 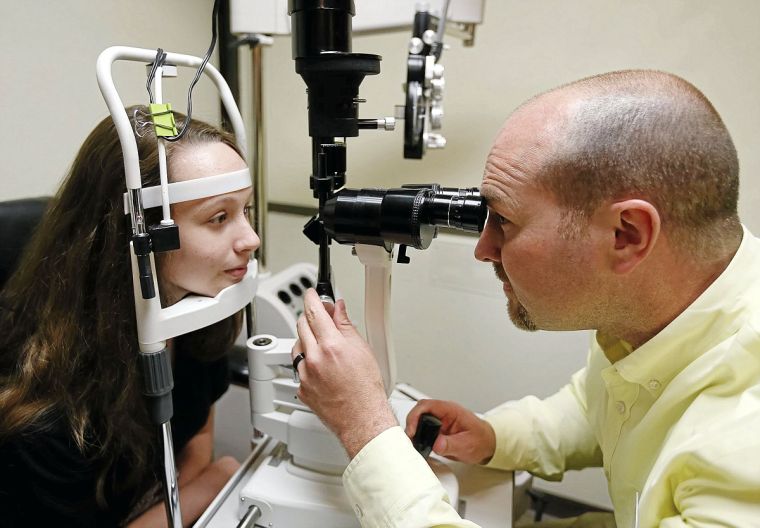 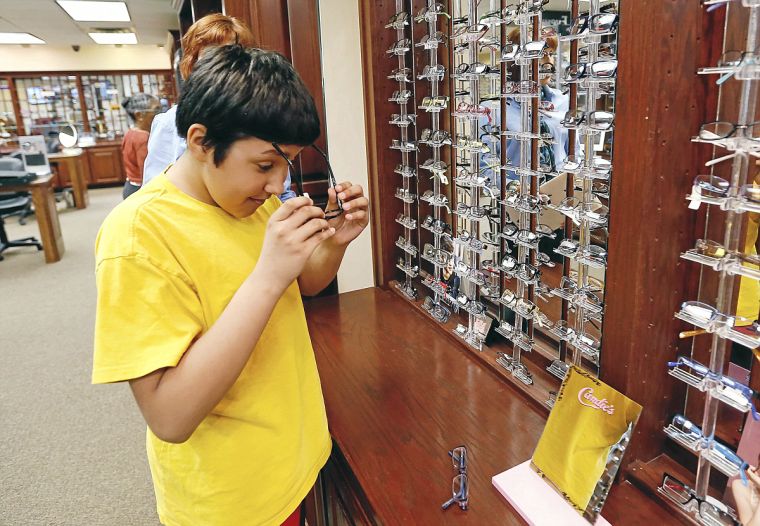 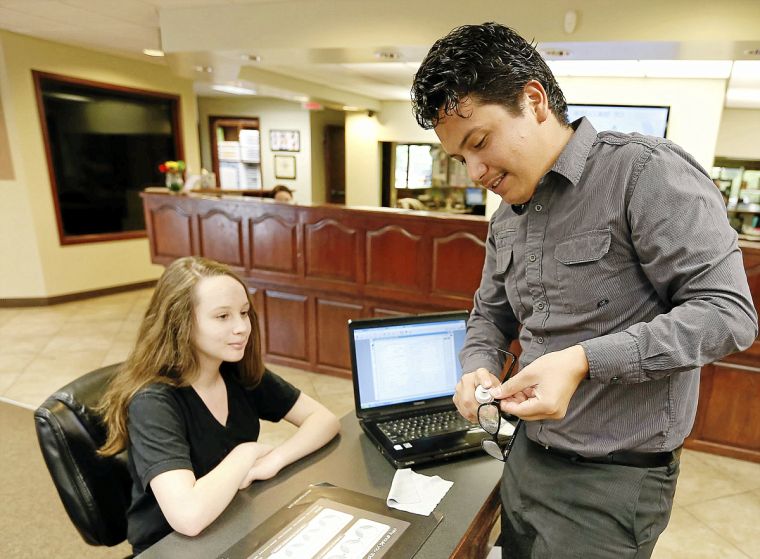 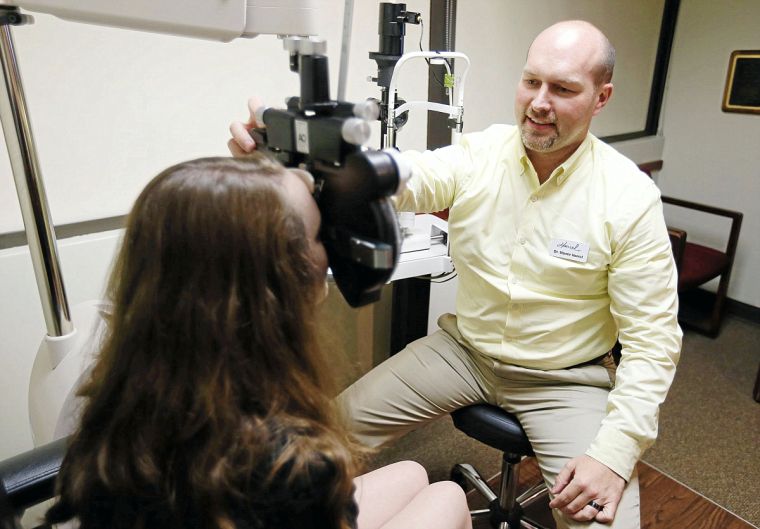 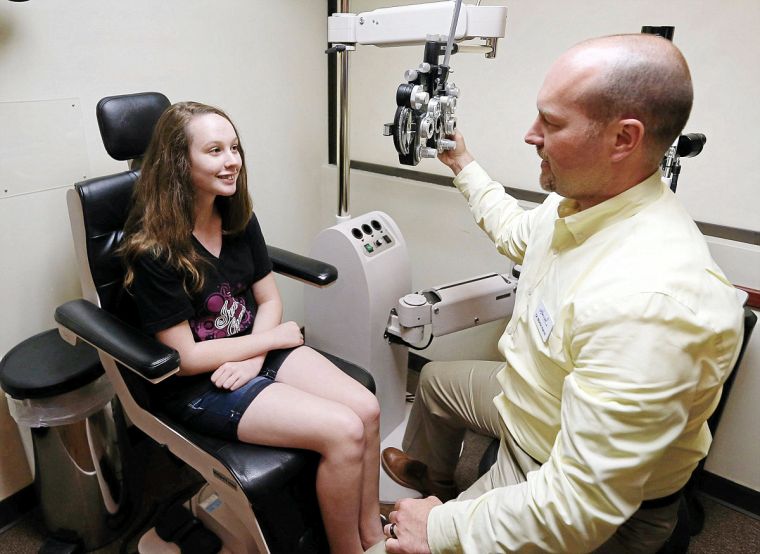 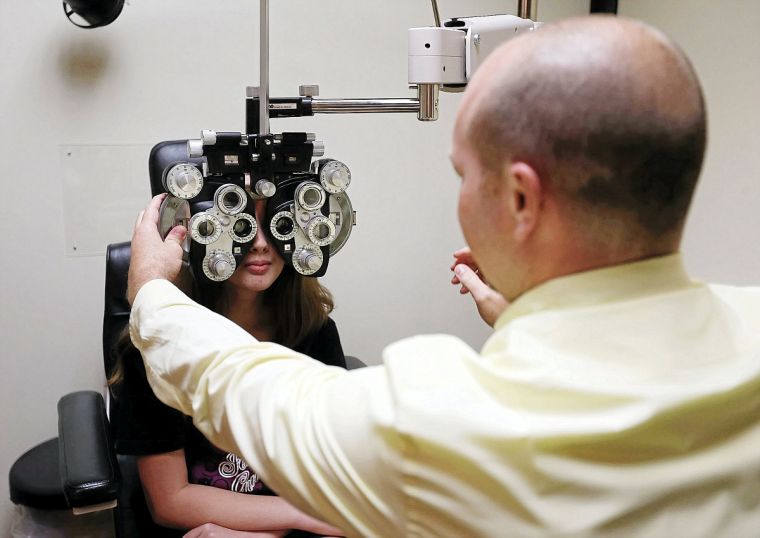 A child’s ability to learn from the world around him is impaired when he can’t see well enough.

The blackboard becomes too far away, the lettering too small. It might become too frustrating to try to read and participate in class.

Harrel, a doctor of optometry who is board certified in pediatric eye care, says that as many as 3 in 5 school kids have visual problems.

“Nationally, there’s a push with a program called InfantSEE for doctors to see babies between 6 and 12 months of age for an initial exam,” said Harrel, who divides his time between pediatric and family vision care. “Doctors who participate in InfantSEE have agreed to do those at no charge to the patients.

“So if you can do that in the first year of life, you can detect any causes that could lead to amblyopia, which is called lazy eye. That means the eye will not see 20/20 even with the best glasses. That’s about one out of every 30 kids or so who are affected. But it can be prevented if detected in the first few years of the life. ...

“Assuming everything looks cool in that initial exam, then we want to look at them again at age 3, age 5 and then annually throughout their growth years because vision can change.”

If early screening doesn’t happen, the state of Oklahoma does provide free vision screening in the first and third grades. Those screenings pick up about two-thirds of vision issues and can cue parents to take their children for further examinations. Unfortunately, one-third of vision problems are not detected well in school screenings, Harrel said. Some vision problems require more extensive testing.

“It’s a benevolent effort and a good thing to have the screenings; 20 to 30 kids might pass the screening, but there is still a vision issue there that contributes to frustration when reading or contributing in the classroom,” said the father of two.

One in four school-age children have vision problems that, if left untreated, can affect learning ability, personality and adjustment in school, according to Prevent Blindness America. School-age children also spend a lot of time in participating in recreational activities and team sports that require good vision. But they aren’t as fun if the child can’t see well, reports allaboutvision.com.

The most common problems that require a prescription for glasses are refractive issues including nearsightedness, farsightedness and astigmatism (causes blurred vision). Convergence insufficiency (eyes don’t turn inward properly while focusing on a nearby object) is also common and requires vision training.

“That one can sneak past screenings,” Harrel said. “Kids may have 20/20 vision and see the chart well, but a convergence problem will make it appear that the words on a page are running together or kind of doubling because the eyes are not pointing on the same spot on the page consistently.”

If your child is prescribed glasses, make sure they fit well, are comfortable and stay clean.

For active kids, sports straps and cable temples can help the glasses stay in place. Children’s glasses, including lenses and frames, range in price from about $100-$300 and up depending on the materials and the brand. Frames can also come with flexible hinges and in Flexon material, which makes them harder to break.

Happily for both patient and doctor, eye exams aren’t painful and, for younger children, can include hand-held toys, special lights, maybe even cartoons.

“Generally, we use hand-held equipment and some computerized equipment to held measure the eyes,” Harrel said. “We also observe how the eyes are moving, working as a team, how they are tracking. We assess the eye movements that need to be developing so kids can be successful with learning to read.”

But any examination of a child can be tricky.

“It’s a little more of a sporting event than an adult exam,” Harrel said. “It depends on the doctor’s skill to assess both the status of the prescription as well as the eye movement and things like that.

“We’re pretty lucky because we don’t have to give kids shots. So it’s pretty rare if a child is afraid of an eye exam. It’s generally a fun visit. Those of us who do pediatric exams use hand-held toys and they always get a sticker and a toy on the way out.

3 Squinting or tilting the head to see better

5 Sensitivity to light and/or excessive tearing

6 Closing one eye to read, watch TV or see better

8 Complaining of headaches or tired eyes

9 Avoiding using a computer, because it hurts his or her eyes

Schedule an appointment with an optometrist or ophthalmologist if your child exhibits any of these signs.

The American Optometric Association recommends scheduling your baby’s first eye assessment at 6 months even if there are no obvious eye or vision problems.

Things that the optometrist will test for include:

These problems are not common, but it is important to identify children who have them at this young age. Vision development and eye health problems are easier to correct if treatment begins early.

Go online to infantsee.org to find doctors in your area who participate in the InfantSEE public service program.