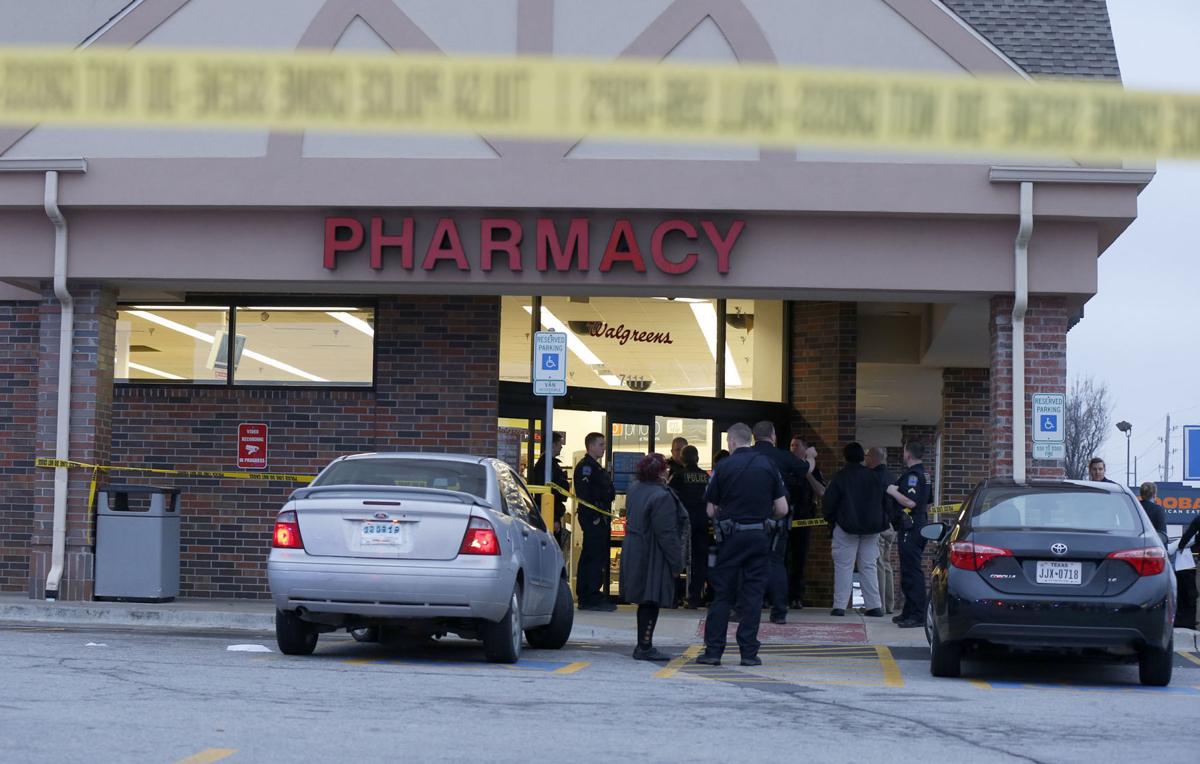 Police investigate a shooting at the Walgreens at 71st Street and Lewis Avenue on Wednesday. STEPHEN PINGRY/Tulsa World 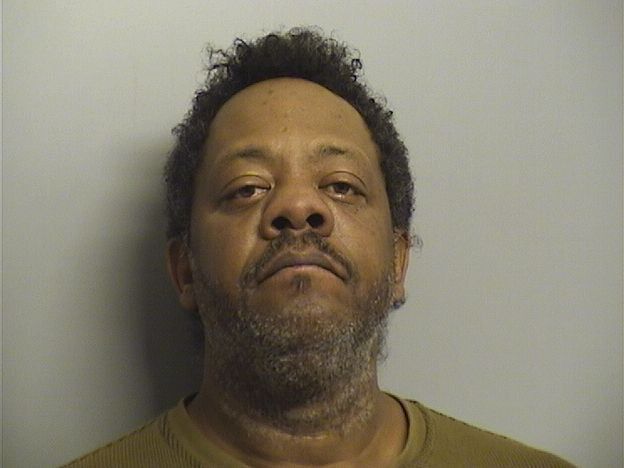 Photographs that had been available for pickup for more than a year were apparently at the center of a triple shooting that resulted in the death of one man Wednesday afternoon at a south Tulsa pharmacy and store.

Hurley pulled a gun during a confrontation with the employee about the photographs, according to police. The 28-year-old employee, who had a concealed-carry permit, responded by pulling a gun and firing at Hurley, hitting and killing him, police said.

Two other people — a customer and an employee — were struck by gunfire. The two bystanders were behind Hurley, Sgt. Brandon Watkins said.

The interaction between Hurley and the clerk, who was not identified, escalated when the clerk attempted to verify that the man was the rightful recipient of the photographs.

“He was at the counter yelling at the clerk and then pulled his gun before jumping across the counter and grabbing the photos out of the clerk’s hands,” Watkins said.

Further information about the photographs was not available Thursday.

The clerk backed away and attempted to call 911 as Hurley retreated with the photographs, police said. Hurley reportedly was threatening to kill the clerk around that time and then returned to the counter in an effort to cross over it again.

“The clerk then pulled his own gun and shot (Hurley) multiple times,” Watkins said.

Police were dispatched to the store around 4 p.m. on reports of an active shooter. Tulsa County sheriff’s deputies also responded.

The clerk was interviewed and released, and no arrests were made in connection with the shooting.

The investigation remains ongoing, and a report has not yet been submitted to the District Attorney’s Office, Watkins said.

Hurley had multiple felony convictions, according to state court records. In 2001, he pleaded guilty to three bogus check charges. He pleaded guilty in 2018 to charges of assault and battery and failure to report child abuse, which were filed in 2015.

The shooting may be viewed under the Oklahoma’s “Stand Your Ground” law, which states that people in Oklahoma “have a right to expect absolute safety within their own homes, places of business or places of worship.” Individuals are presumed to have “a reasonable fear of imminent peril” if force was used against them.

The statute states that a person who uses defensive force, as permitted by the law, “is immune from criminal prosecution and civil action.” It was not clear Thursday how the law might apply to the accidental shooting of bystanders.

A Walgreens spokeswoman did not respond Wednesday or Thursday to a request for information regarding corporate policy about employees and firearms or the employee’s status with the company. On Wednesday evening, a corporate spokesman said the company would cooperate with law enforcement during the investigation.

In 2011, a Walgreens pharmacist in Michigan was fired after he foiled a late-night armed robbery by shooting at the gunmen, Reuters reported.

Two men had entered the Benton Harbor, Michigan, store while four employees were in the store. The pharmacist attempted to call 911 while a co-worker was being held at gunpoint. One of the men jumped over the pharmacy counter and pointed a gun at the pharmacist.

The pharmacist in that case pulled his gun, which he was licensed to carry concealed, and fired several times. The gunmen fled, Reuters reported. No one was injured.

However, a week later Walgreens management fired the pharmacist for violation of a nonescalation policy and for carrying a weapon while at work.