Oklahoma State gets hit with postseason ban, loss of scholarships by NCAA as part of FBI investigation into college basketball 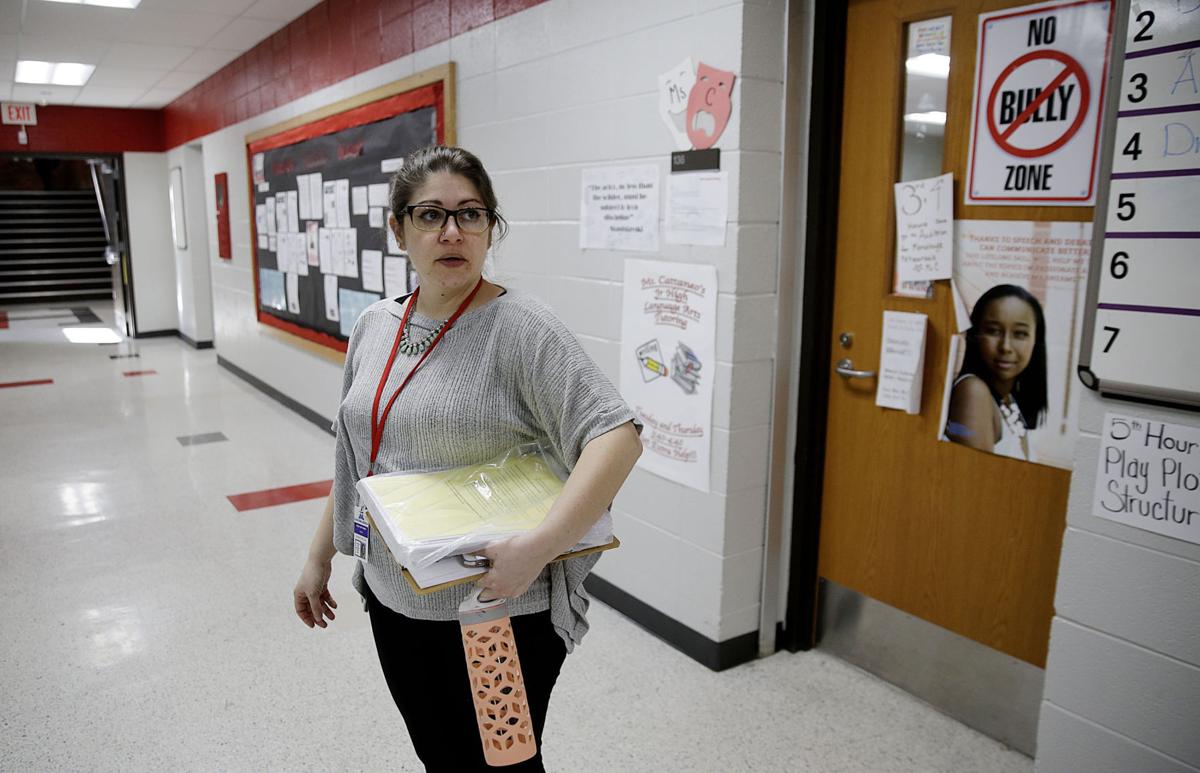 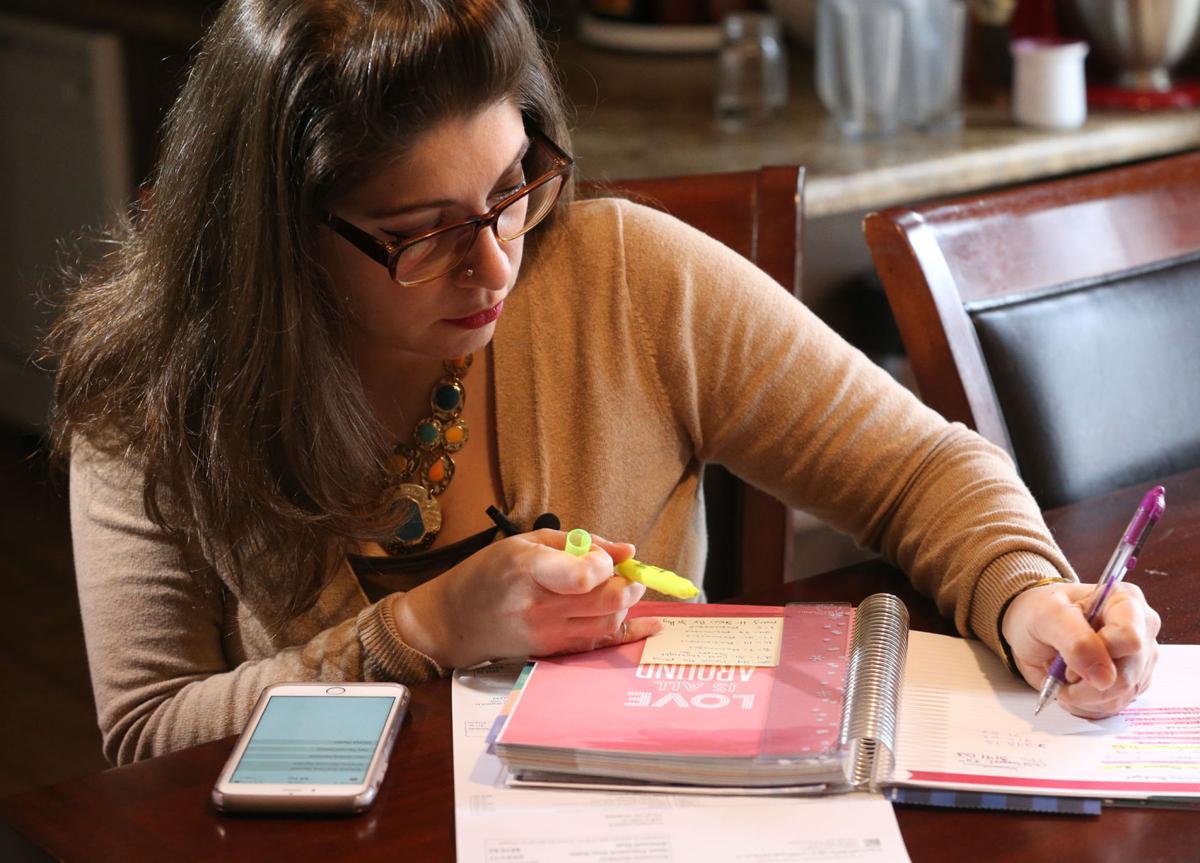 Gina Cattaneo, a teacher at Central High School, works out her monthly bill payments at her home in Tulsa. 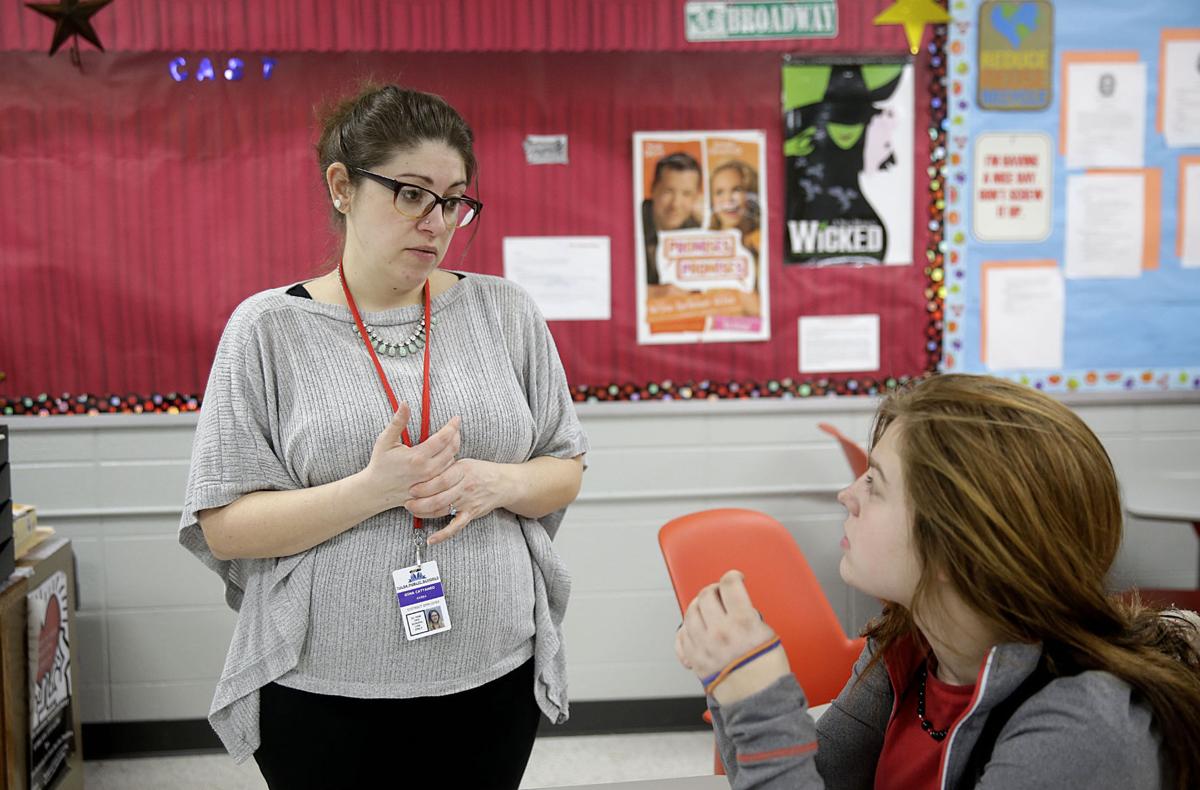 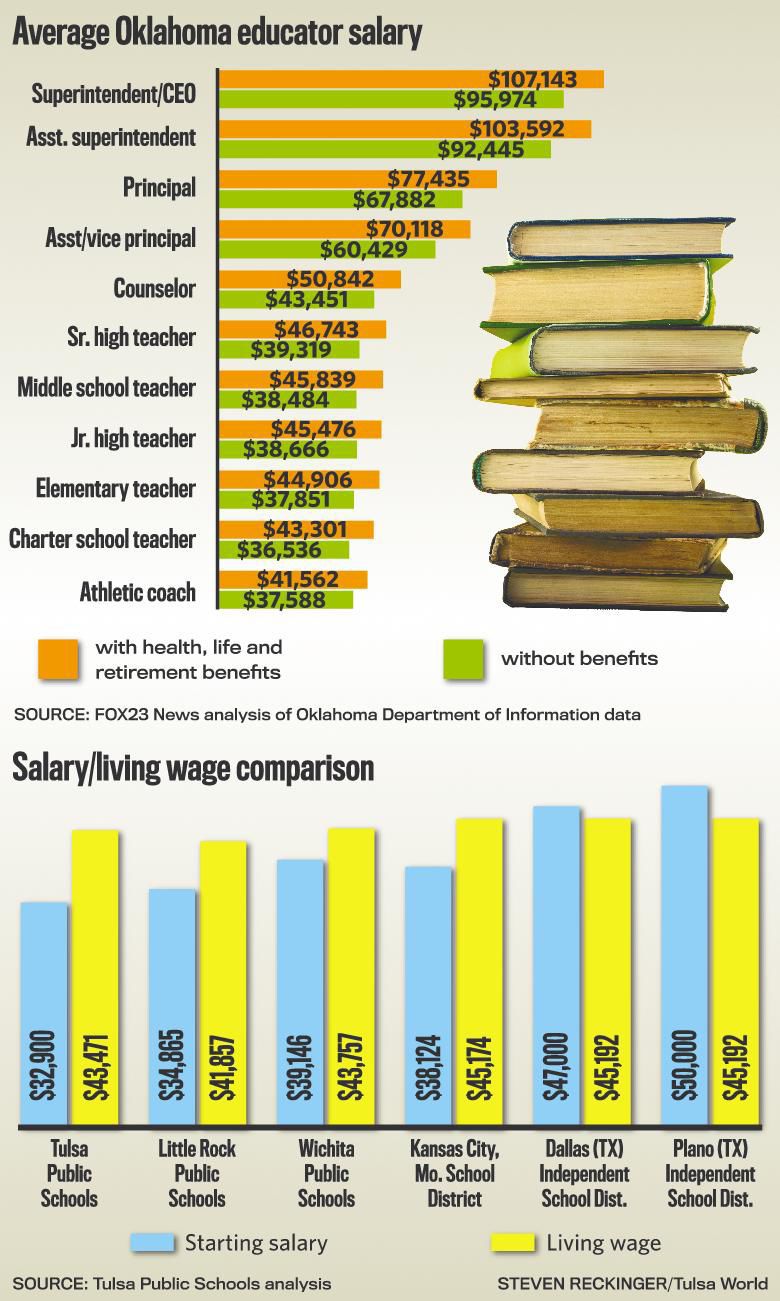 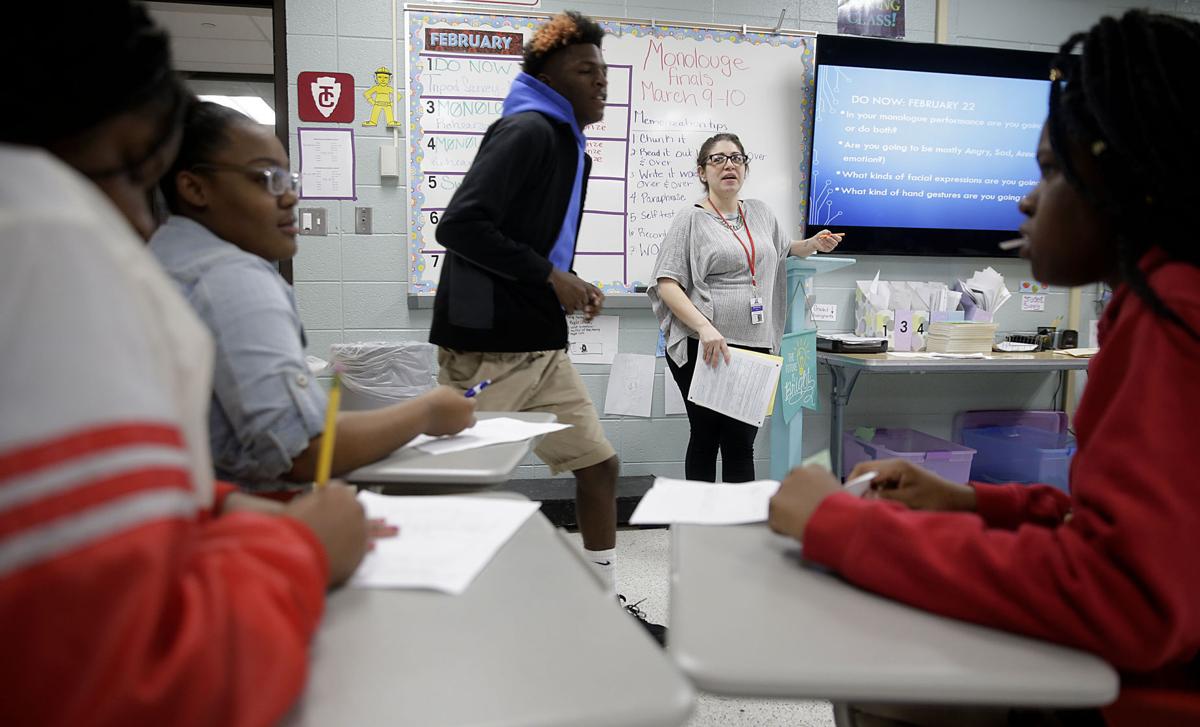 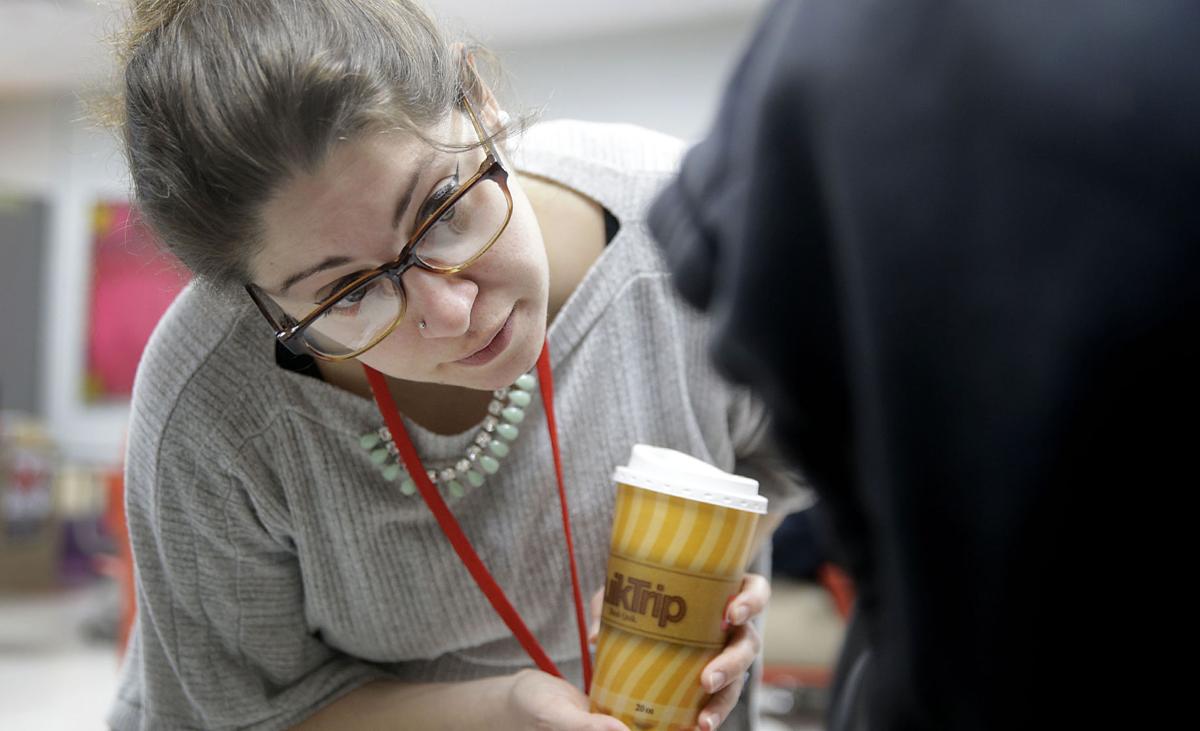 Gina Cattaneo talks with a student about her use of a cell phone at Central High School Feb. 22, 2017. MIKE SIMONS/Tulsa World 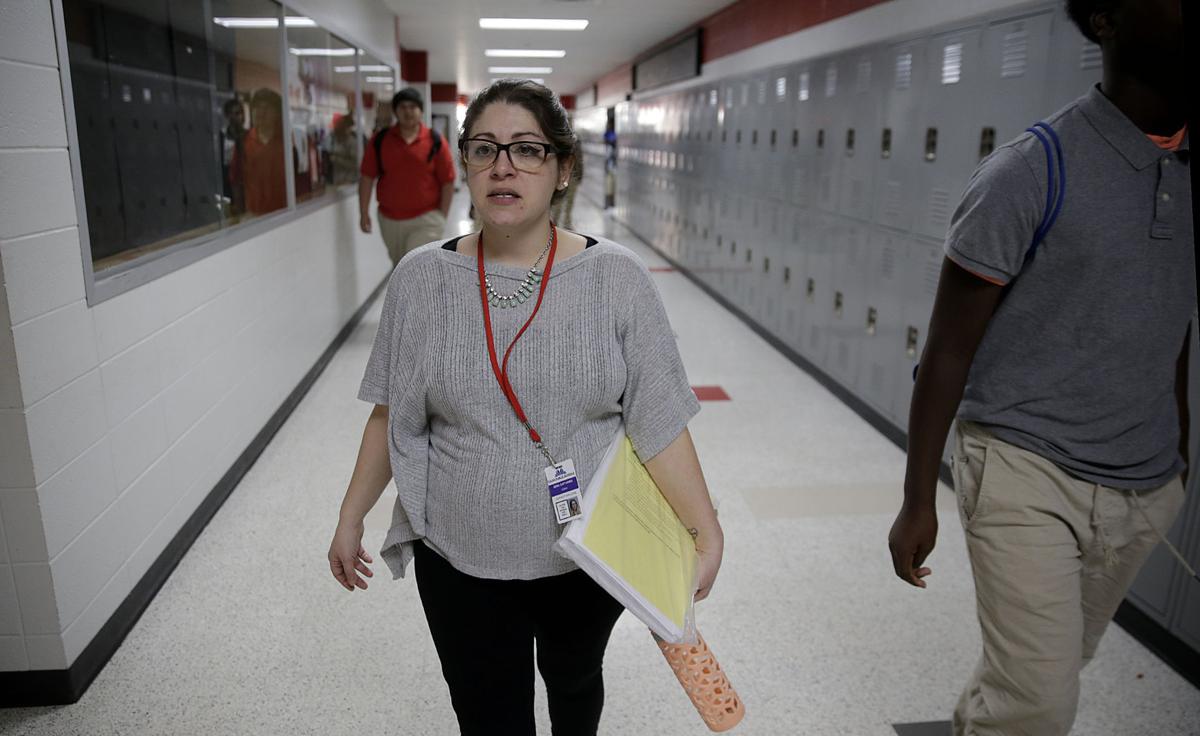 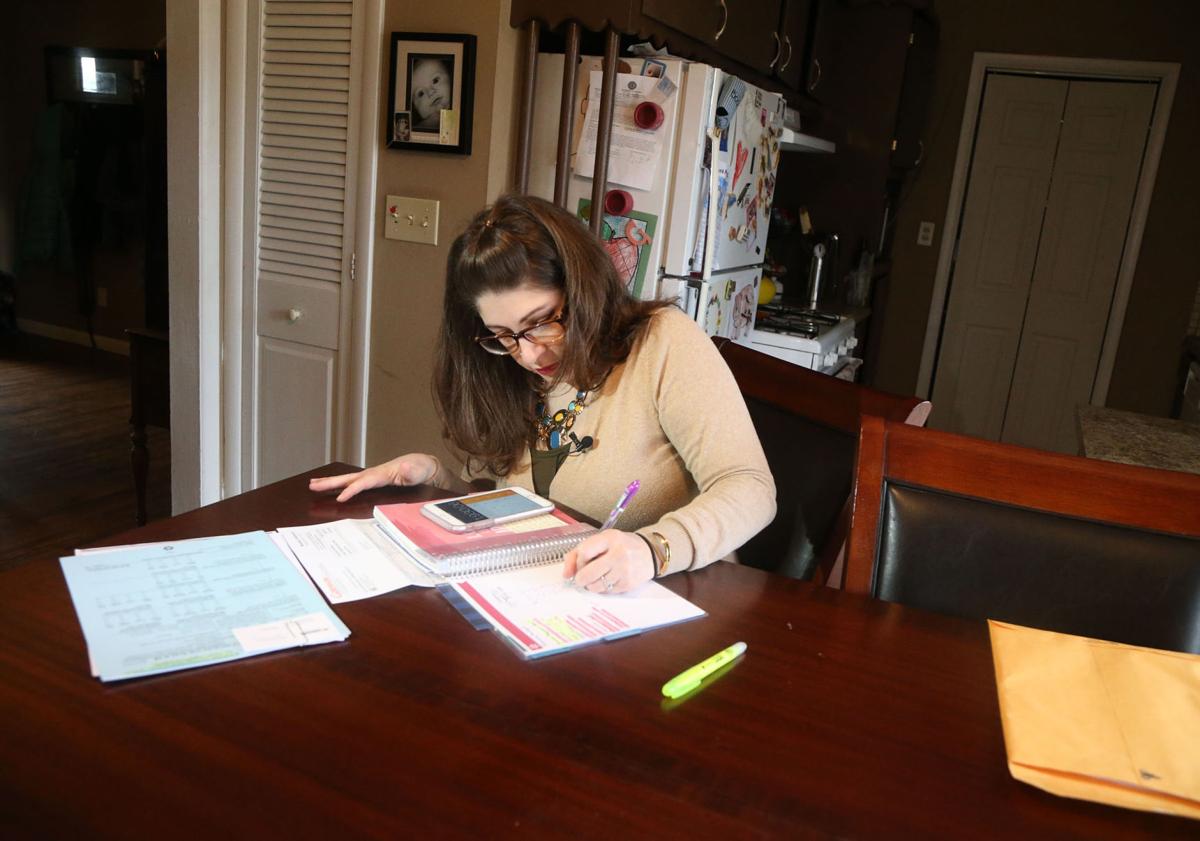 Gina Cattaneo, a teacher at Central High School, works out her monthly bill payments at her home in Tulsa, Okla., on Monday, February 20, 2017. MATT BARNARD/Tulsa World

Gina Cattaneo, a teacher at Central High School, works out her monthly bill payments at her home in Tulsa.

Gina Cattaneo talks with a student about her use of a cell phone at Central High School Feb. 22, 2017. MIKE SIMONS/Tulsa World

Gina Cattaneo, a teacher at Central High School, works out her monthly bill payments at her home in Tulsa, Okla., on Monday, February 20, 2017. MATT BARNARD/Tulsa World

The Tulsa World and FOX23 News teamed up to provide an expanded look at teacher pay.

The No. 1 reason teachers are leaving their jobs at Tulsa Public Schools is low pay, according to recently released information from the district.

TPS conducted two surveys to get a handle on the various reasons employees are resigning. One was conducted last summer of teachers who left, and another was a survey of current staff.

Of those who are no longer employees, 52 percent cited a need for a higher salary as the top reason for leaving. The second most-popular responses among teachers were moving to another city or wanting a job closer to their homes (47.4 percent).

Other factors going into the decision to leave:

• “Because of other personal life reasons” − 46.8 percent

• “Because student discipline problems are an issue at my school” − 41.5 percent

• “Because I am dissatisfied with the administration at my school” − 38.9 percent

The survey of current staff found about 8 percent are considering leaving, and 3 percent plan to retire. Of those, 33 percent cited low pay as a contributing factor in their decision, followed by 29 percent for “personal life reasons” and 25 percent who are moving out of Tulsa.

Teachers staying on the job were asked why they thought their colleagues were leaving. About 68 percent stated inadequate salary and 32 percent selected either the existence of student discipline problems or a lack of positions to support discipline issues.

TPS leaders have been advocating that state lawmakers provide more funding for salaries. They say it takes their teachers 18 years to reach what Tulsa County considers a living wage.

On average, the district has lost 20 percent of its teachers over each of the past five years. The district estimates that replacement costs amount to about $3.3 million annually to hire, on average, 469 teachers to be fully staffed each year.

TPS Superintendent Deborah Gist said surrounding states will continue to out-recruit Oklahoma districts “unless we do something really drastic.”

“For decades, Oklahoma has failed to adequately invest in education,” Gist said. “The imperative today, then, is for us to come together and take decisive, significant steps to fund our schools and pay our teachers. Our children’s future and the health of our state require that.”

Back in college, living off a teacher’s salary didn’t seem so daunting for Gina Cattaneo, who is now at Central Junior High and High School teaching acting, drama, theater technology and debate. She is in her second year at TPS after teaching for about 10 years at Claremore Public Schools.

But as she started a family and watched her cost of living increase, she was hit by the reality that supporting herself and two kids leaves her with two options: Get a second a job or someone to help pay the bills.

Cattaneo sat down with the Tulsa World and FOX23 News to explain the details of her paycheck-to-paycheck existence. At the end of the month, she has little left and no leeway for unexpected costs for herself and two sons, ages 6 and 9.

Cattaneo applied for food stamps when she was struggling to make ends meet after a divorce. She was told she’d qualify if the criteria were based on her take-home pay rather than her salary before taxes.

It’s a terrible feeling to have to ask for help, she says, especially being a well-educated professional who has undergone certification tests and continuous evaluations to be able to do her job.

“Don’t tell me to get another job, because I love the one I have,” she said. “That’s insulting, you know, having people say that … I went to college to be a teacher. It’s what I want to do as my chosen profession, and I shouldn’t have to choose to do something different just to make more money. Especially when it’s, I think, one of the most important infrastructure-style jobs that we have in the United States, is publicly educating children.”

Over the years, she’s watched colleagues pack up and move to surrounding states for higher pay. And she understands, recalling the times she’s asked, “What’s the point?” She repeats to herself to “fight the good fight.”

“It’s kind of hard to keep that morale up every day,” she said.

Administrators across the state grapple daily with keeping up morale and retaining highly qualified teachers.

The TPS survey of current staff asked what the district could do or continue doing to keep educators for the long term. The top response (56 percent) was to cut down on “routines and meetings.”

Shawna Mott-Wright, vice president of the Tulsa Classroom Teachers Association, said she’s frequently getting calls from teachers feeling overwhelmed because they don’t have time to meet all of the expectations.

Mandated meetings are cutting into planning periods, which takes away time with their families because lessons are then planned at home, she said.

A nearly equal number of teachers (54 percent) said having support for student discipline issues is a big factor. A lack of funding has led to larger class sizes and less support for teachers when students are misbehaving, Mott-Wright said.

About 33 percent said having “teacher autonomy” plays a role in staying in the district.

“(Teachers) want more autonomy. They’re told they’re trusted, and then they’re not treated like they are,” Mott-Wright said, explaining that on top of the amount of education, certification, continuous evaluations and professional development teachers must undergo to hold their positions, increased mandates are leaving them feeling micromanaged.

“Being a teacher is not something we do. It’s who we are,” Mott-Wright said. “It’s extremely personal … These kids’ lives are in my hands.”

Because teachers are under constant scrutiny while being the lowest paid in the nation, they feel misunderstood and unappreciated, said Mott-Wright.

“They feel incredibly defeated and beaten down,” she said. “They’re not trusted; they’re not respected; and if they are, they’re not treated like they are.”

A FOX23 News analysis of Oklahoma teacher pay finds an average of $44,971, which includes health, life and retirement benefits. The figure matches that of the National Education Association.

A Tulsa Public Schools analysis found it takes 18 years for a teacher in Tulsa to reach the accepted living wage standard in Tulsa, which is $43,471 a year.

The step increases negotiated for TPS employees averages about 1.4 percent a year, which lags behind the average cost of living increases. Employees with a spouse pay about $236 a month for health insurance, and the family cost is about $526 monthly. The retirement contribution is a minimum of 7 percent.

Many Oklahoma teachers are being lured to Texas, which pays starting teachers above the living wage in its major cities.

An Oklahoma Watch database available in January shows the Owasso district has the highest average pay in Tulsa County at $41,303 without benefits and $47,918 with benefits.