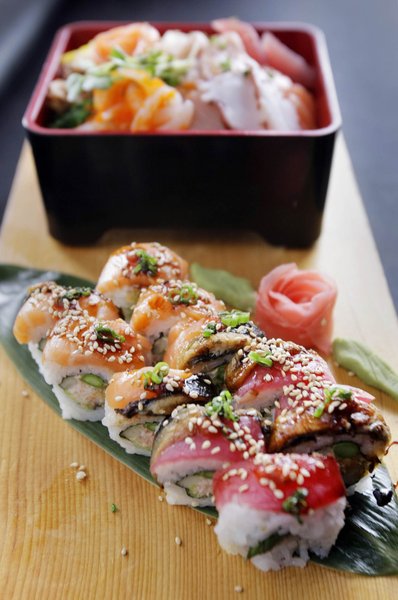 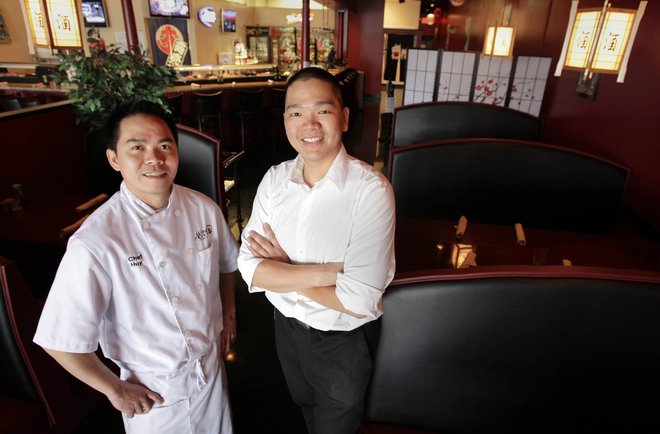 Huy Huynh and Quinton Wong were on separate but compatible career tracks when they first met at Fuji Japanese Cuisine & Sushi Bar on 71st Street a little more than a decade ago.

Huy was moving up in the kitchen as one of the restaurant's most promising sushi chefs, while Quinton did most of his work in the front of the house.

"I left to work at a bank and finish my degree at Oklahoma State University," Quinton said. "Huy left to help open FlyingFish Sushi Bar (Bixby) in 2009. Last June we got together and talked about doing a partnership in a restaurant."

The pair said they first scouted a location in Woodland Hills Mall, which didn't work out, then checked out possible sites in Broken Arrow and Tulsa.

"We came out to Owasso just to see what was here, and we found this spot," Huy said. "We liked it and thought there was room for a good sushi place in Owasso."

We visited on a recent Sunday evening, and to our surprise, the nicely appointed dining room was nearly full with a range of guests - families, couples, young and old.

We snagged the last remaining booth, and our server, Mark, immediately brought us warm, pleasant-smelling wash cloths to wipe our hands.

The lobster rolls, made with lobster salad, fried shrimp, avocado and cucumber, had a slightly crunchy texture and a tasty, mild flavor. The spider roll also was outstanding; the rice was more dense and sticky, and it held together fried soft-shell crab, snow crab, avocado and sweet steamed shrimp.

Chicken, steak and seafood entrees may be prepared with a teriyaki glaze or shioyaki style - grilled with lemon pepper and sea salt. We chose a chicken with the teriyaki glaze ($10) and a combo tempura dish ($10).

The only quibble I had with the tempura dish is that it could have arrived hotter to the table.

The charbroiled chicken, topped with a sprinkling of sesame seeds and chopped green onion, was a little dry and benefited greatly from the sweet teriyaki sauce.

Both entrees came with steamed or fried rice, steamed or fried vegetables, and a cup of miso soup or house salad. Vegetables - thin strips of onions and carrots - fried in a tempura batter were the best of the bunch.

The salad was a simple combination of lettuce, purple cabbage, a slice of tomato and thin, crispy Chinese noodles. I much preferred the tangy flavor of the sesame dressing to a rather pedestrian ranch. Citrus dressing was a third choice.

The server automatically brings water in glass tumblers with a straw and slice of lemon. The beverage list includes hot tea, sake and a lengthy list of imported Asian beers. Servers pour the beers into glass mugs tableside. Huy and Quinton said they plan to have full bar service.

The dining room is painted in a two-color scheme, black and something I only can describe (due to my lack of recognition of decorator colors) as a mix of purple, pink and cherry red. Whatever, it goes well with the black and gives the room a sleek, clean look.

Ceiling lights come from a variety of paper lanterns and some silk umbrellas cleverly turned upside down. Tables have a shiny finish.

The restaurant is in Tyann Plaza and is visible to the east from U.S. 169. Exit at 96th Street North, go straight across 96th Street at the light and curl back south on the service road.

The owners said to look for daily specials on the restaurant's Facebook page.