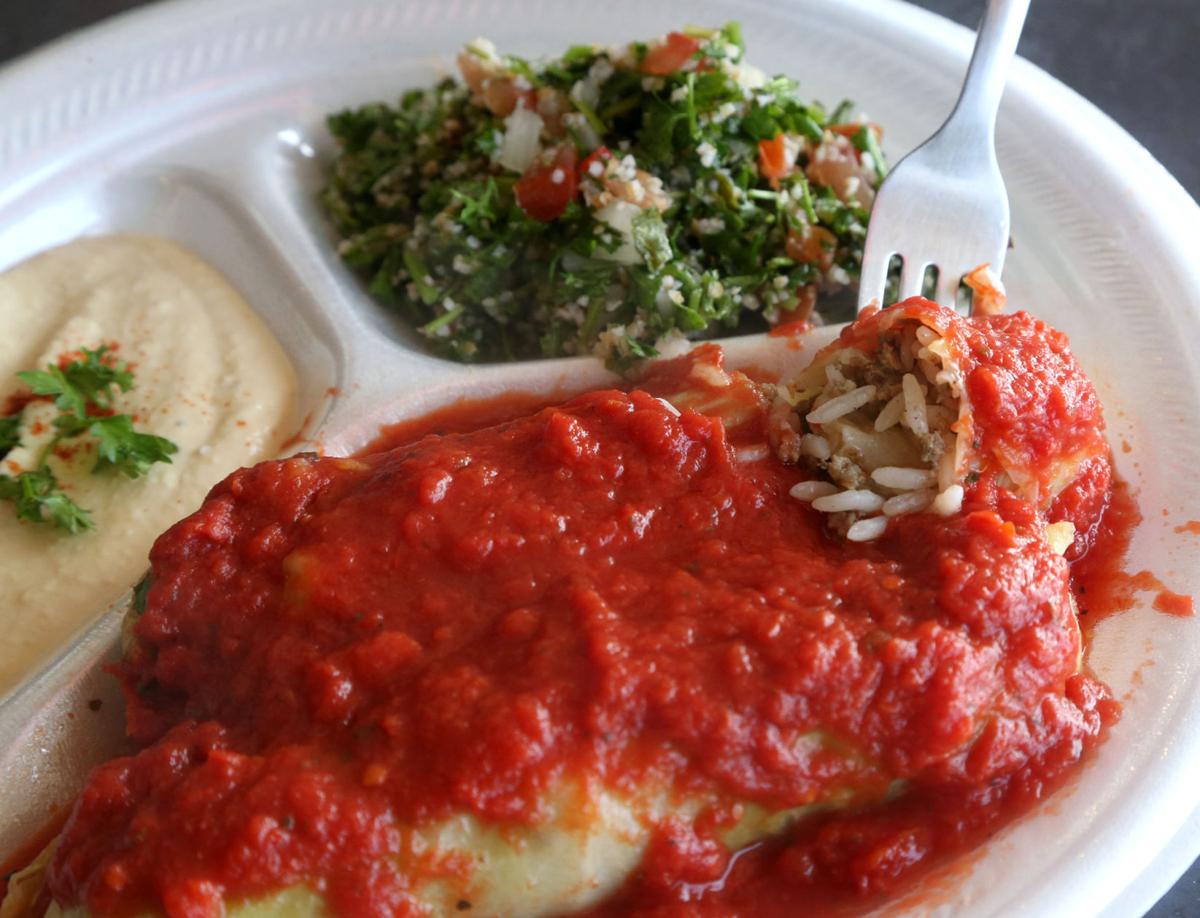 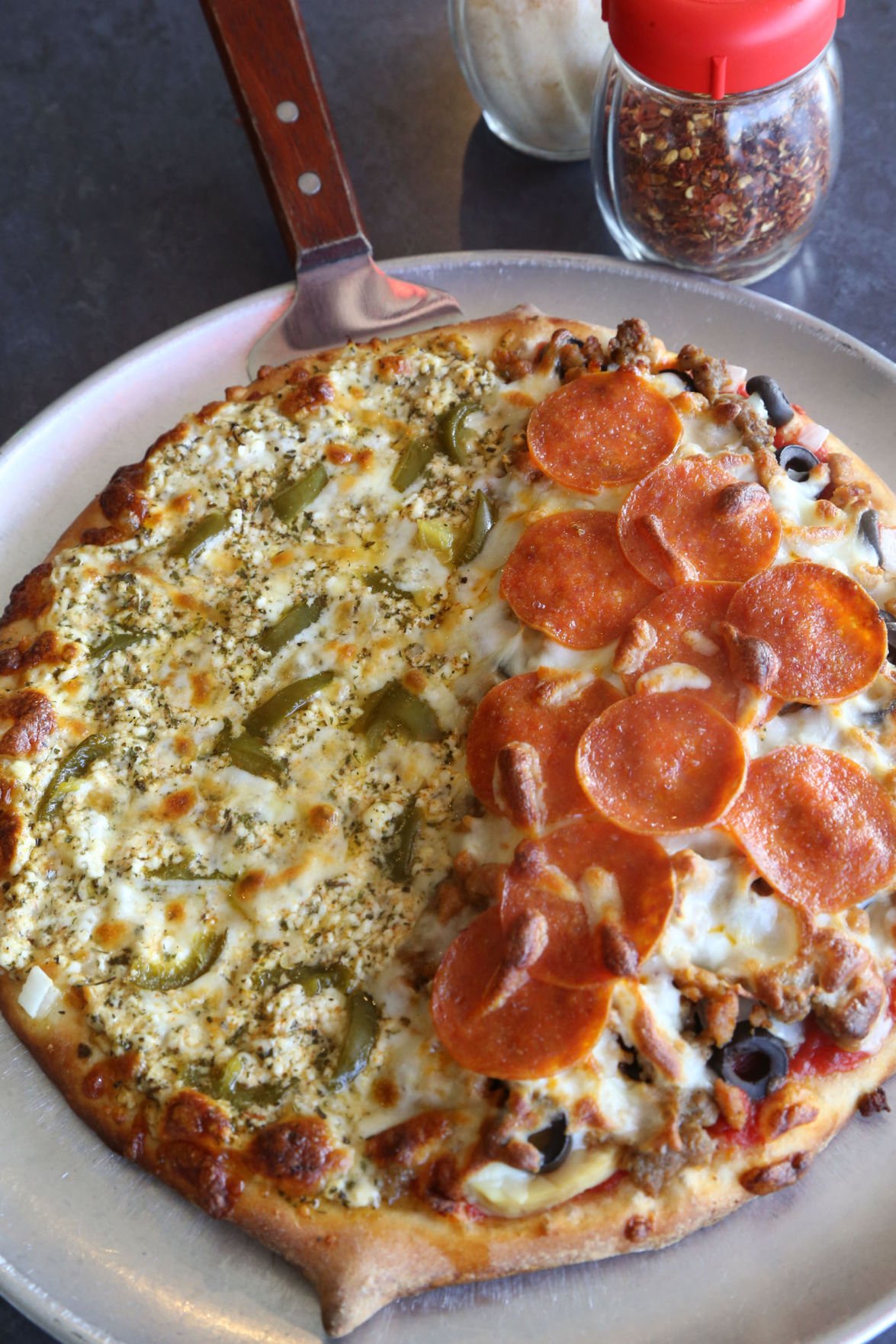 A pizza made with half supreme and half R.J.’s (feta cheese, onions, jalapenos) at La Roma Pizza and Mediterranean Food. MATT BARNARD/Tulsa World 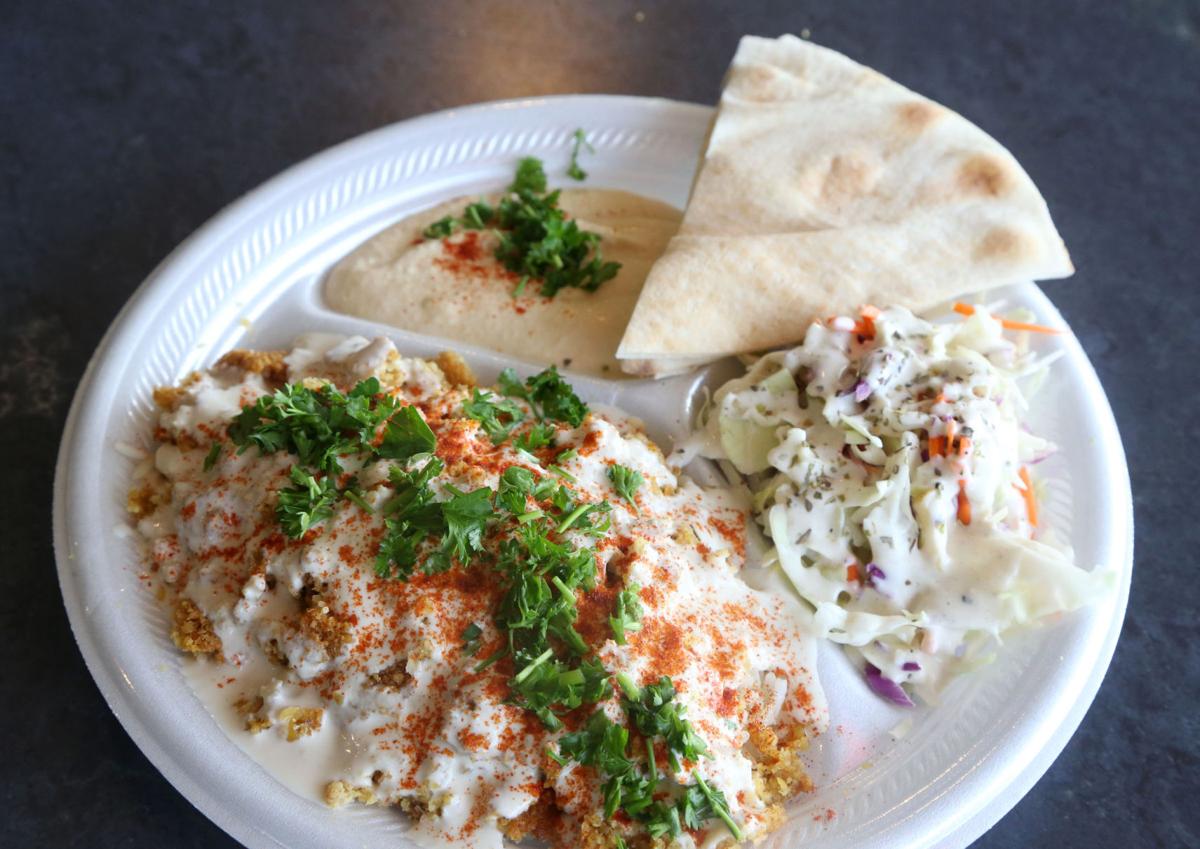 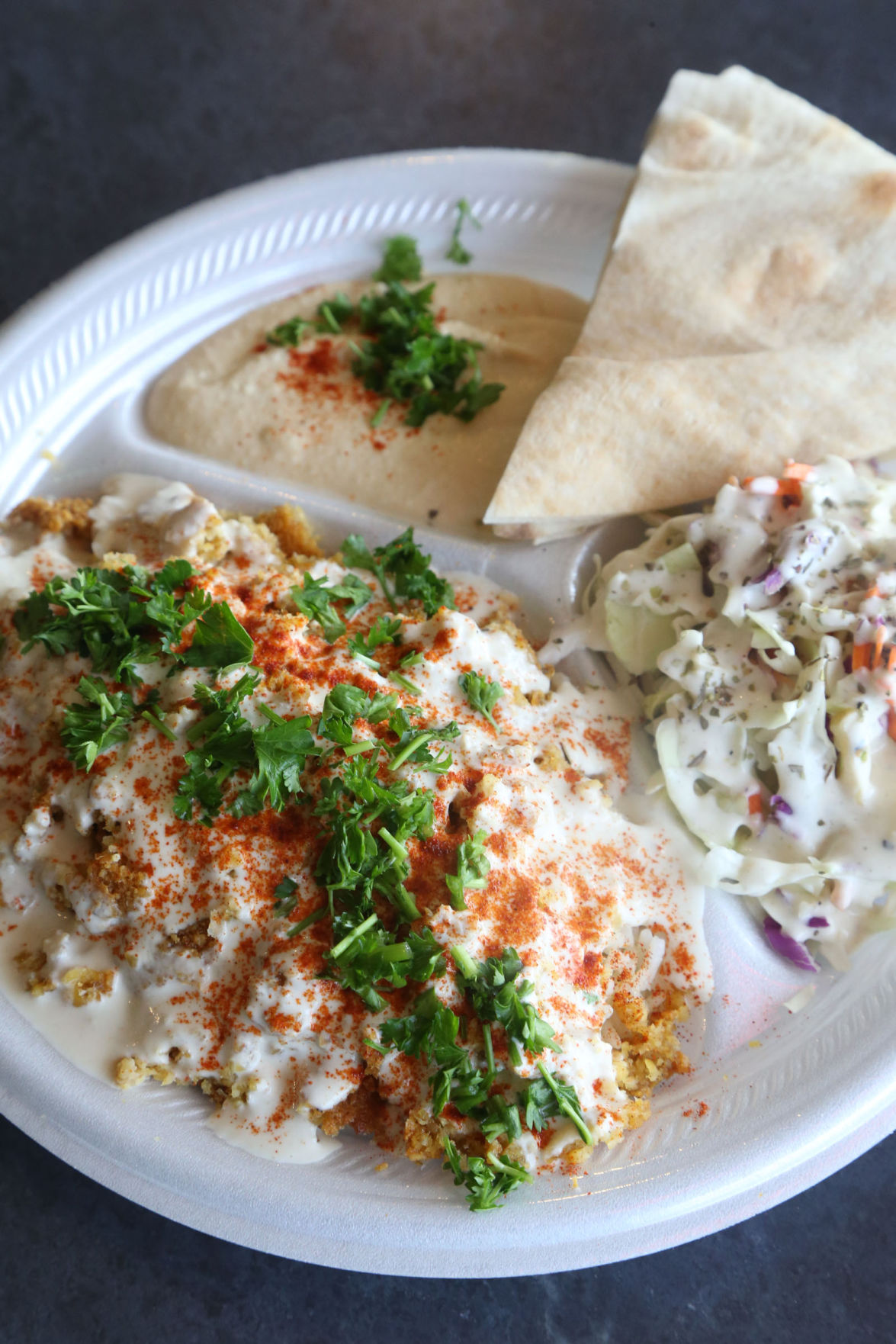 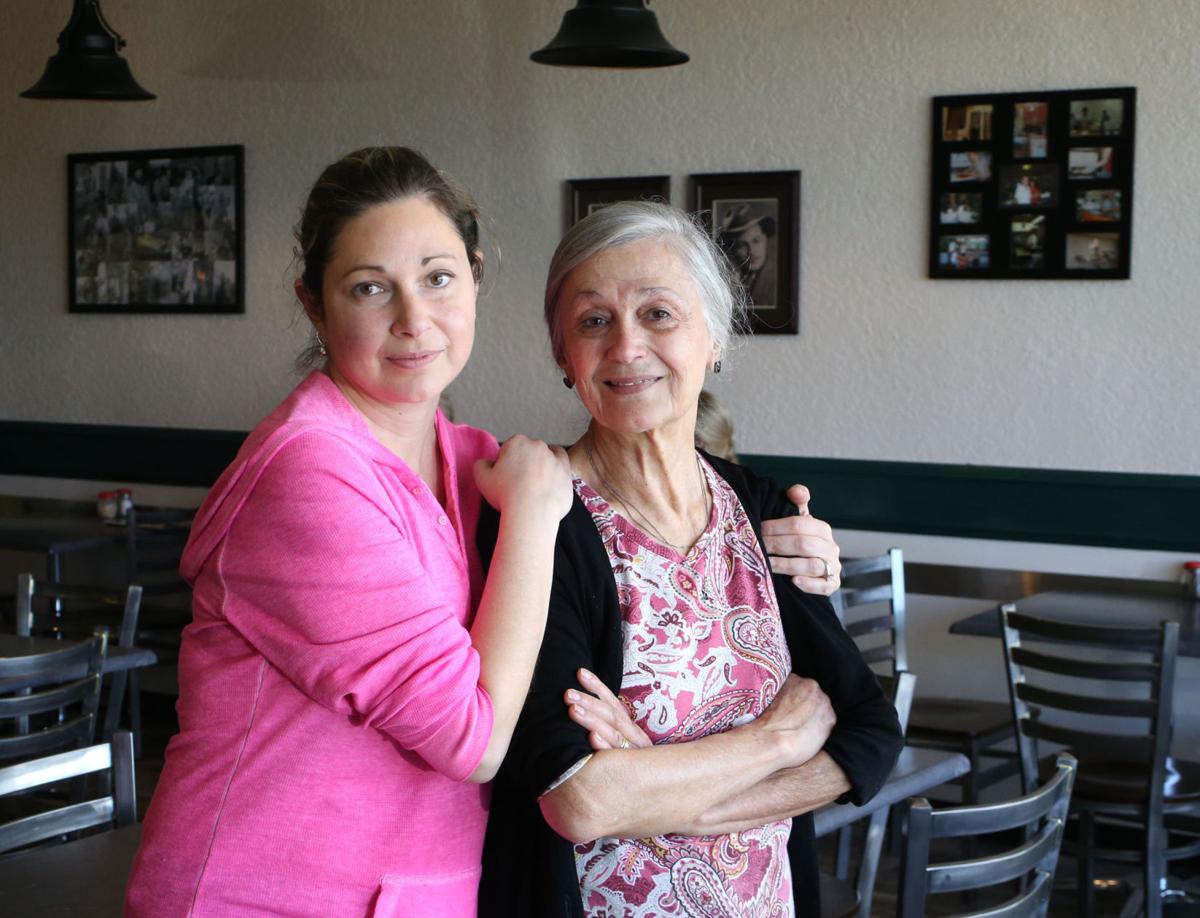 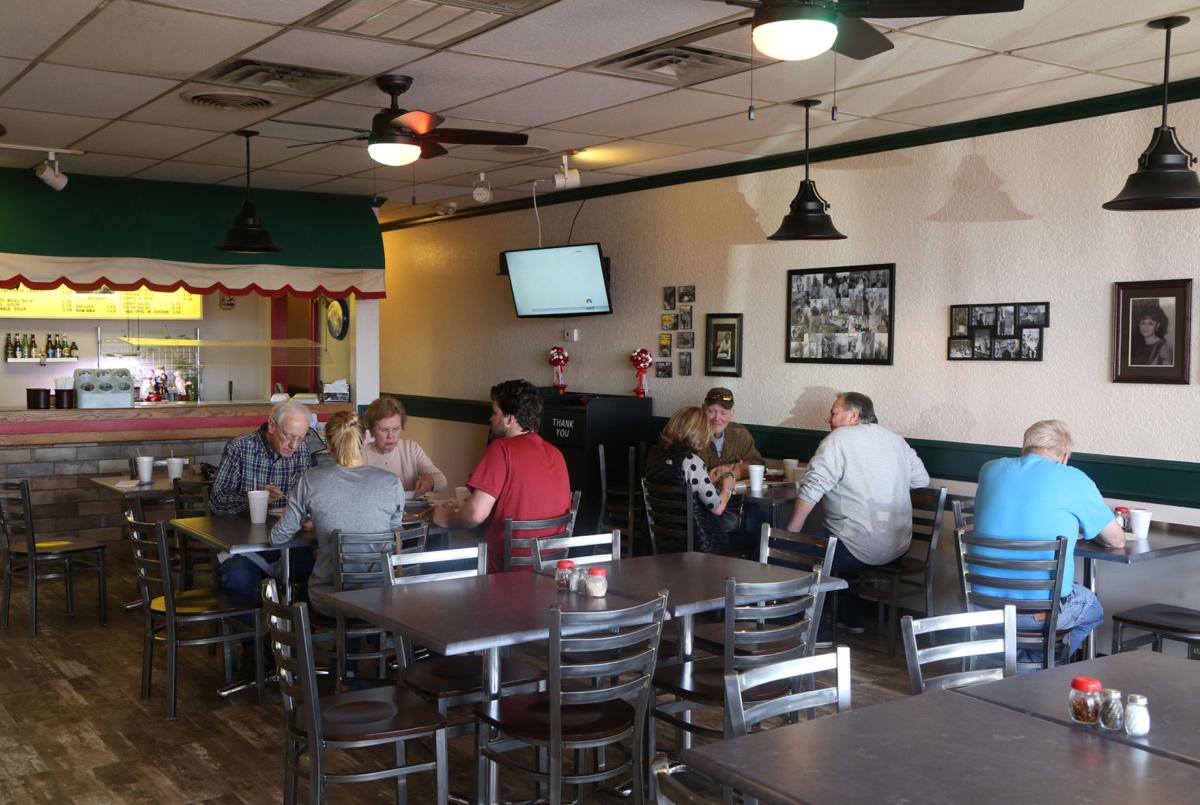 Customers have a late lunch in the remodeled dining room at La Roma Pizza and Mediterranean Cuisine. MATT BARNARD/Tulsa World 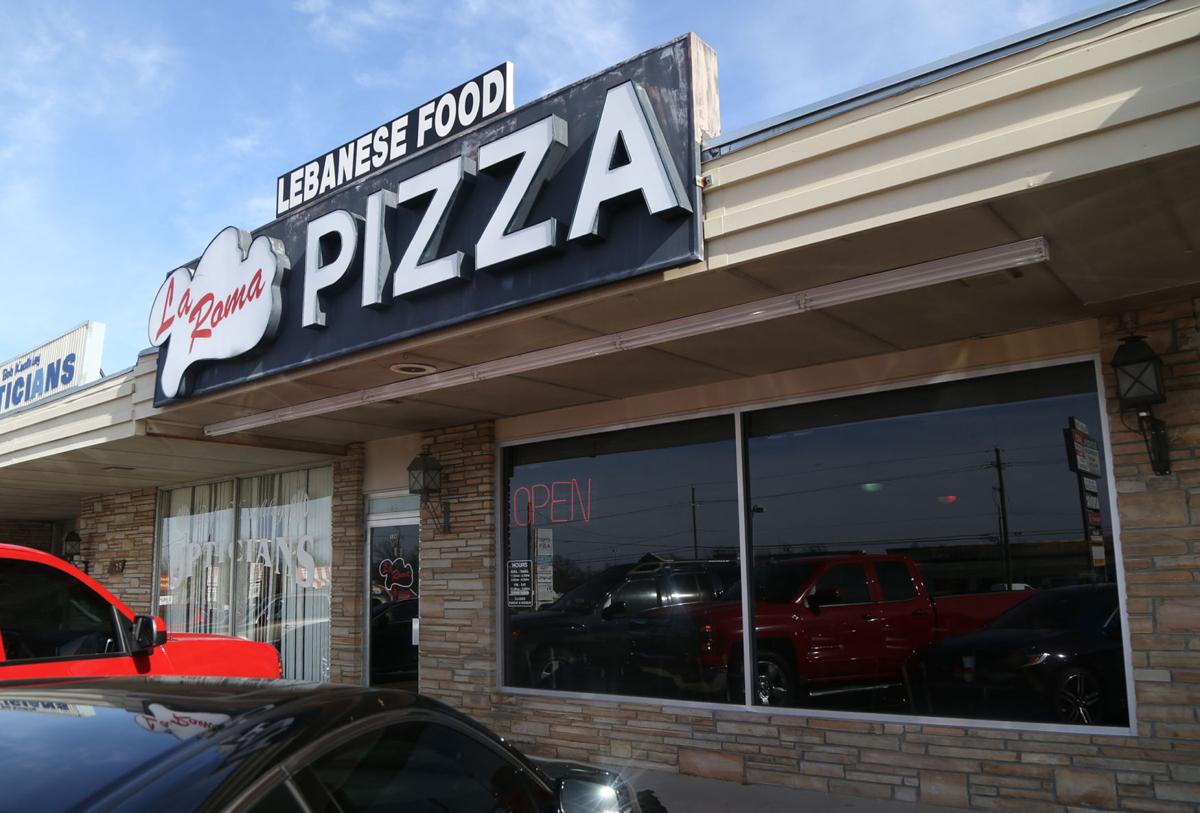 A truck smashed through the front window at La Roma Pizza and Mediterranean Food last September. The larger, new window was part of an extensive remodel. MATT BARNARD/Tulsa World

A pizza made with half supreme and half R.J.’s (feta cheese, onions, jalapenos) at La Roma Pizza and Mediterranean Food. MATT BARNARD/Tulsa World

Customers have a late lunch in the remodeled dining room at La Roma Pizza and Mediterranean Cuisine. MATT BARNARD/Tulsa World

A truck smashed through the front window at La Roma Pizza and Mediterranean Food last September. The larger, new window was part of an extensive remodel. MATT BARNARD/Tulsa World

We were curious to see how La Roma Pizza and Mediterranean Cuisine had bounced back from a scary turn of events last September and what the place looks like in the aftermath.

A truck smashed through the front window and crashed through a firewall to an adjoining business Sept. 30. It happened between lunch and dinner service, and no one was in the room at the time, but the damage was extensive.

“It worked out because no one got hurt, and we had to remodel,” said Katia Azar, who operates the restaurant with her mother, Souhaila Azar.

New wood floors have replaced an old, worn carpet, and the dining area has new gray tables to go with creamy white walls decorated with a variety of family photos that had not been displayed in the past. Overall, it has a fresh, modern look.

Other things — the most important things — have not changed at all. The pleasant aroma of pizzas cooking and Middle Eastern spices fill the air. The owners and staff are as warm and gracious as ever. The old green, white and red awning still hangs over the order counter. Camaraderie among longtime customers still is evident, and the food, a mix of Italian and Lebanese cuisine, is exquisite.

I was told this rather odd marriage of cuisines came about after Souhaila and her late husband, Rafat “R.J.” Azar, took over a former pizza parlor. The ovens were there, so they kept the pizza and a couple of Italian entrees to go with their selection of Mediterranean items when they opened La Roma in 1990.

The platters, also available as sandwiches for a couple of dollars less, came with rice, cabbage salad, hummus and pita bread.

The kafta included seasoned pieces of dense ground beef served with tomatoes, pickles and onions, and topped with a smooth, mellow tahini sauce. It had a little spiciness to it, as well.

The shawarma had thin slices of Greek-seasoned beef and lamb (the traditional meat for gyros) cooked with tomatoes, pickles, onions, parsley and tahini sauce. The gyros sandwich was similar, made with the same meat, but it was dressed with tzatziki (cucumber) sauce and served on a soft bun.

The big, plump cabbage rolls were filled with rice and meat and covered with a mild red sauce. The hummus was smooth and earthy, and the tabouli was loaded with bright-green, fluffy parsley and a little bulgur, onion and tomato in a lemony sauce.

The dressing on the cabbage-and-carrot salad used to be a vinaigrette, but it was changed awhile back to a mayo-based sauce laced with herbs and spices that is quite tasty.

We shared two desserts — namoura ($1.65) and baklava ($1.65) — both flavorful endings to a great dinner. Namoura is a sweet dessert made with semolina flour, honey and coconut, and had a texture something like cornmeal. The baklava was flaky and filled with honey and chopped nuts.

The pizzas were crispy, and the toppings were fresh and flavorful. I liked the R.J.’s and Canadian bacon and mushroom best, but that’s just personal taste.

From past visits, I also can vouch for the lasagna, spaghetti, the garlicky tawook platter (marinated chicken breast), falafel, grape leaves, spinach pie and meat pie.

The beverage choices include a small selection of domestic and imported beers.

“People come in here, and they become family,” Katia Azar said. “They know our story, we know their story, and I think they sense we genuinely care about them. It’s always been that way here.”