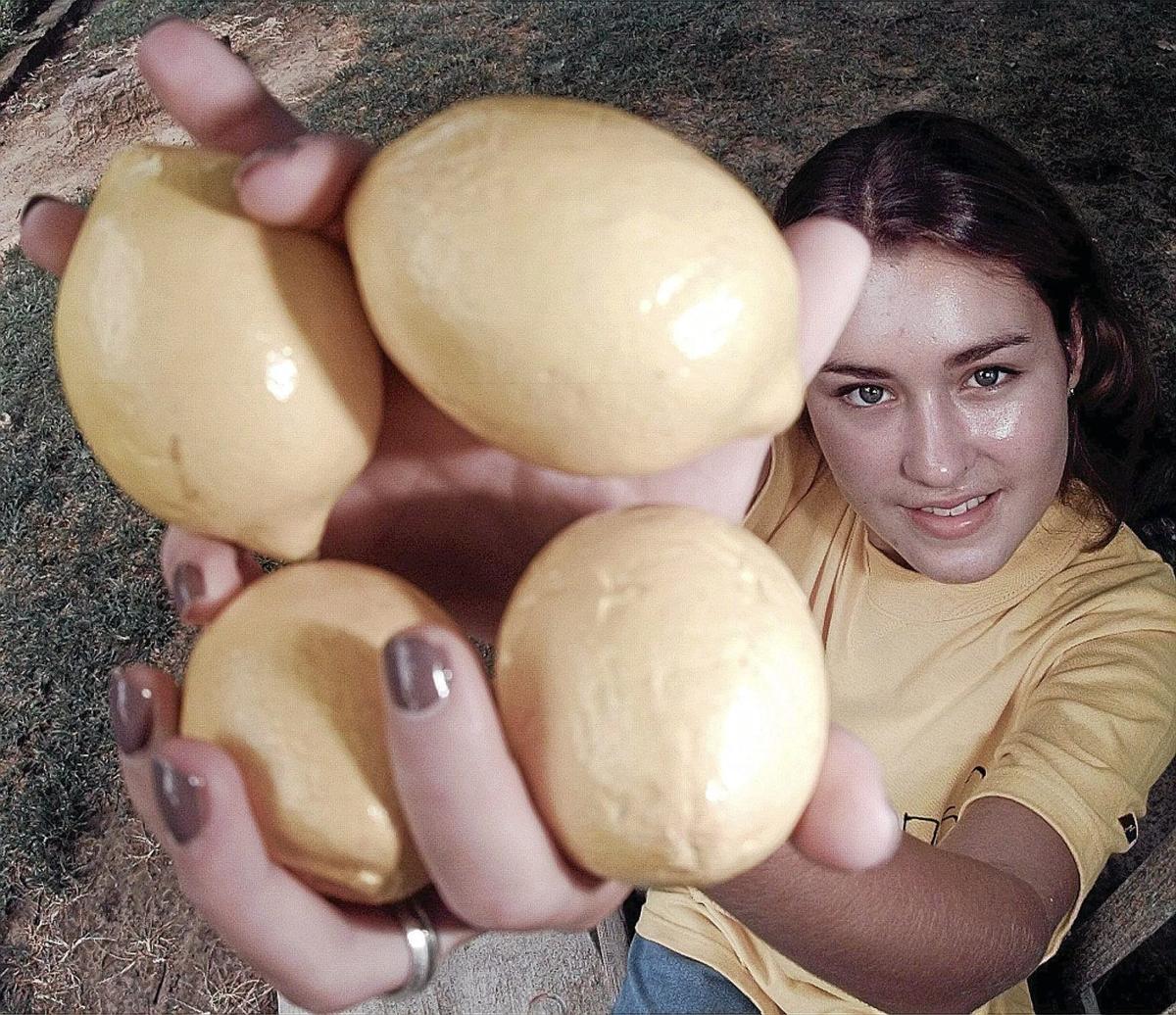 Katie Eller promotes the Lemon-Aid fundraiser for the Tulsa Day Center for the Homeless in 1999. The annual event raised $350,000 over the course of seven years. Tulsa World file 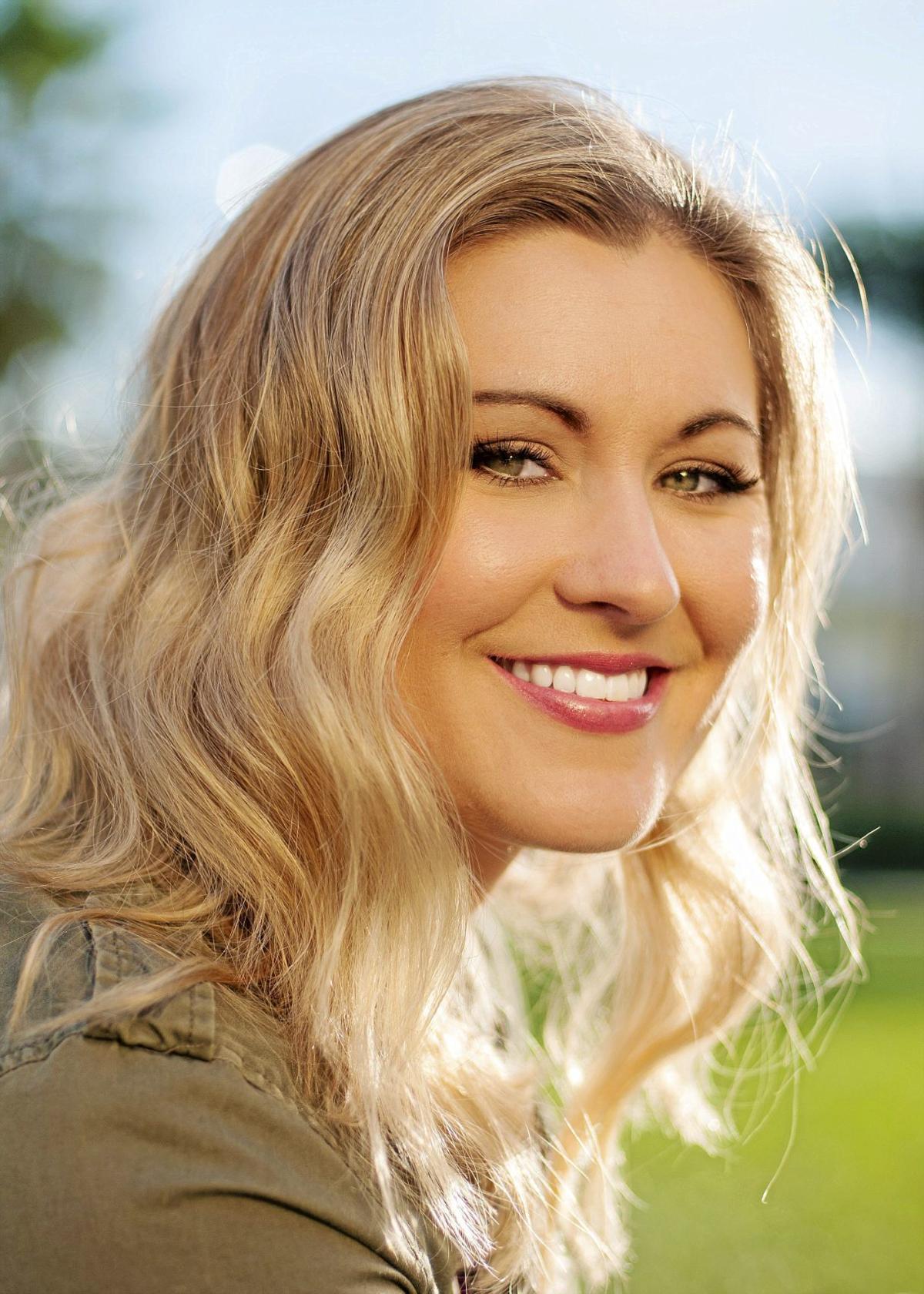 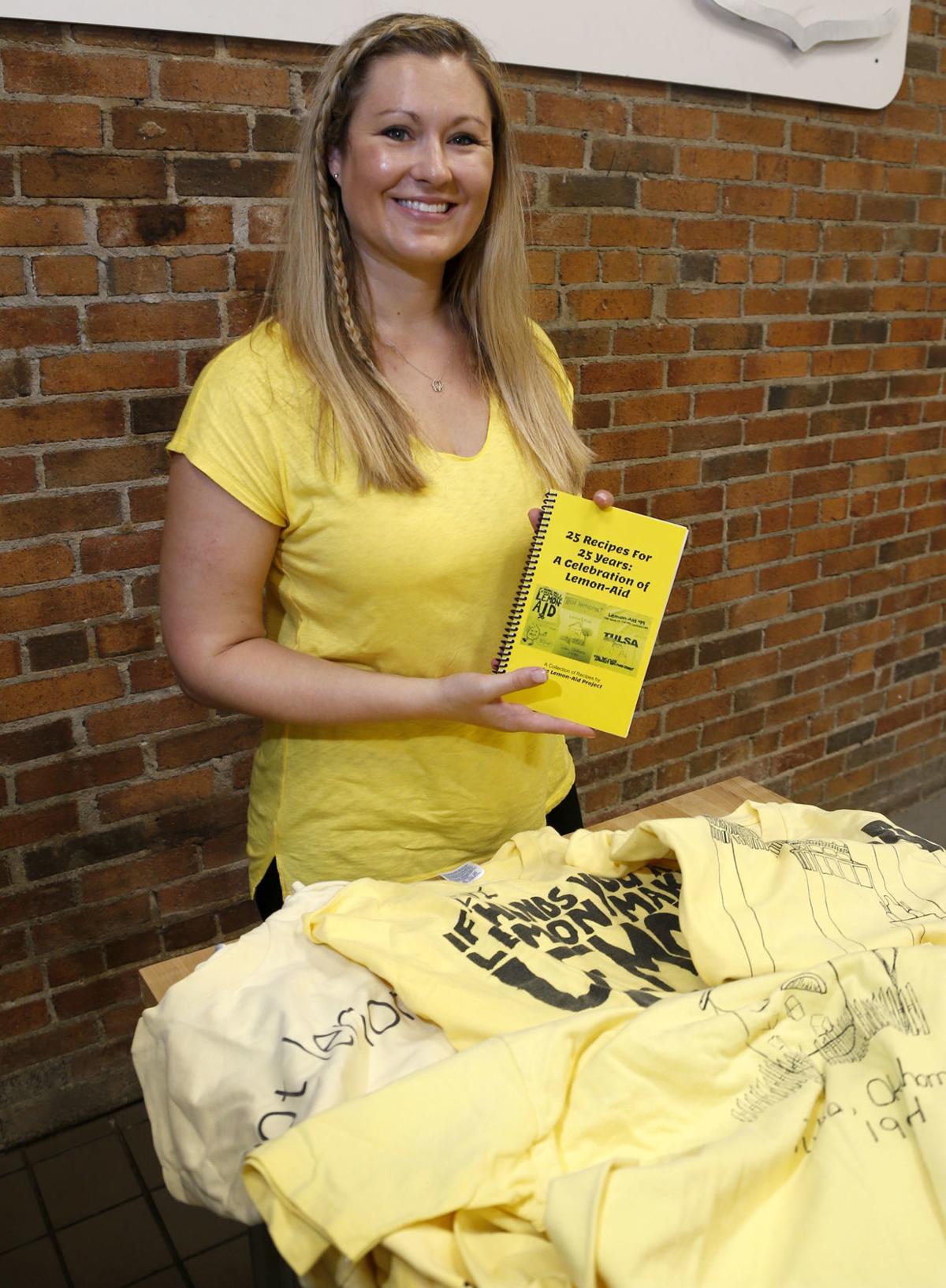 Katie Murray was 10 years old when she started Lemon-Aid, a project to raise money for the homeless, and she recently released a cook book at Mother Road Market. STEPHEN PINGRY/Tulsa World 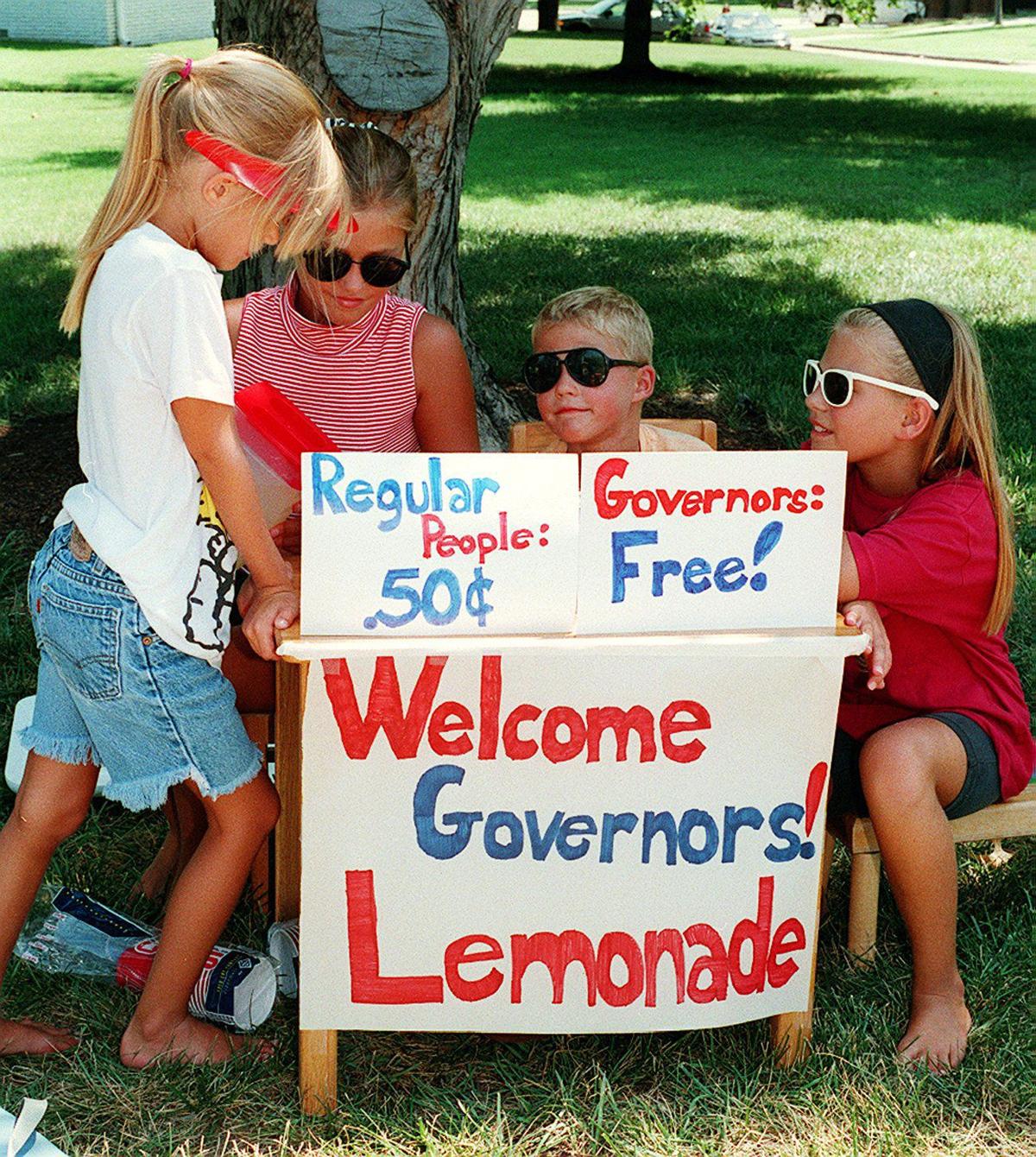 The money the kids made off lemonade was donated to the Tulsa Day Center for the Homeless people. (From Left-Right) Madeleine Eller 6, Katie Eller 10, Ben Eller 4, Anna Eller 8.

Katie Eller promotes the Lemon-Aid fundraiser for the Tulsa Day Center for the Homeless in 1999. The annual event raised $350,000 over the course of seven years. Tulsa World file

Katie Murray was 10 years old when she started Lemon-Aid, a project to raise money for the homeless, and she recently released a cook book at Mother Road Market. STEPHEN PINGRY/Tulsa World

The money the kids made off lemonade was donated to the Tulsa Day Center for the Homeless people. (From Left-Right) Madeleine Eller 6, Katie Eller 10, Ben Eller 4, Anna Eller 8.

All it will take this Labor Day to help Tulsans in need is a table, a little time and a willingness to sell a lot of lemonade.

This year marks the 25th anniversary of Lemon-Aid, a fundraising effort to benefit Tulsa’s Day Center for the Homeless, which was founded by a then-10-year-old Tulsan named Katie Eller.

Eller got the idea for what would become the Lemon-Aid Project after her father suggested she donate the proceeds from a summertime lemonade stand to a local charity.

For seven years, from 1994 to 2000, Lemon-Aid managed to raise more than $350,000, strictly from the proceeds of lemonade stands set up throughout Tulsa each Labor Day. The project ended when Eller left Tulsa to attend college.

These days, Eller goes by her married name of Katie Murray and in recognition of the event’s 25th anniversary is bringing Lemon-Aid back.

Murray and a number of volunteers spent much of the past week assembling Lemon-Aid kits for those wanting to set up their own lemonade stands over Labor Day weekend. Earnings from the stands will be donated to the Lemon-Aid Project.

“We put together 100 kits,” Murray said. “It’s a tote that included prepared lemonade that was donated by Pepsi, so people don’t have to worry about squeezing a whole bunch of lemons, or mixing up their own; 50 cups, an official Lemon-Aid T-shirt and poster.

“There’s even a STEM activity package that will give them something to do in between selling lemonade,” she said. “So all people need is a table, and they’re ready to go.”

The day will feature live music from DJ Kylie, as well as Casii Stephan and the Midnight Sun; a splash pad, a punch wall, arts and crafts, and, of course, a great deal of lemonade.

One major component of the day will be Sandra’s Service Challenge, named for former Day Center for the Homeless director Sandra Lewis.

“Our motto has always been ‘Kids Helping Kids,’ and we wanted to provide some activities for children during the festival that will them let do something tangible to help others in our community,” Murray said.

This will include decorating “Welcome Home” signs for individuals and families that will be moving into Hudson Villas, the HUD-financed permanent supportive housing program administered by the city of Tulsa; filling backpacks with school supplies for youngsters at risk and creating a kids version of the Hudson Villas housewarming baskets filled with such items as toys, board games and snacks.

“Hudson Villas is the next step in helping people finding permanent homes, and there’s just a special feeling that comes from being welcomed home,” Murray said. “And we especially wanted there to be something just for kids, as well.”

Murray said the Mattel Children’s Foundation donated a special raffle prize for participants in Sandra’s Service Challenge, as well as items for the housewarming baskets, and the Junior League of Tulsa organized the drive to collect the school supplies that will fill the backpacks.

“It’s just been amazing at the response we’ve had from the Tulsa community,” Murray said. “When we have approached some people about the project, there are always some who remember the original Lemon-Aid. And there have been a lot of people that we’ve had to explain what Lemon-Aid was and is, but once they understand what we’re trying to do, they really get behind it.”

The Lemon-Aid Project is a 501(c)3 nonprofit organization, and the re-launch of the event in Tulsa is the beginning of what Murray said she hopes will become a nationwide fundraising phenomenon.

“We’ve heard from a number of communities around the country that are interested in doing Lemon-Aid events,” Murray said. “At the same time, I’d love for Lemon-Aid to continue to grow in Tulsa and really become a part of the community.

“Tulsa has done such a great job of setting an example of what it means to be a good citizen,” she said. “This is such a caring community.”

Murray now lives with her husband and two young children in Palo Alto, California, where she runs a public relations firm that works with a number of technology companies in that area.

And she hasn’t lost her taste for lemonade.

“The funny thing is, there is a lemon tree in the yard of our house,” she said. “And my oldest daughter and I will pick some and make fresh lemonade, which I still love. I mean, on a hot summer day, there’s nothing more refreshing than a cold glass of lemonade.”