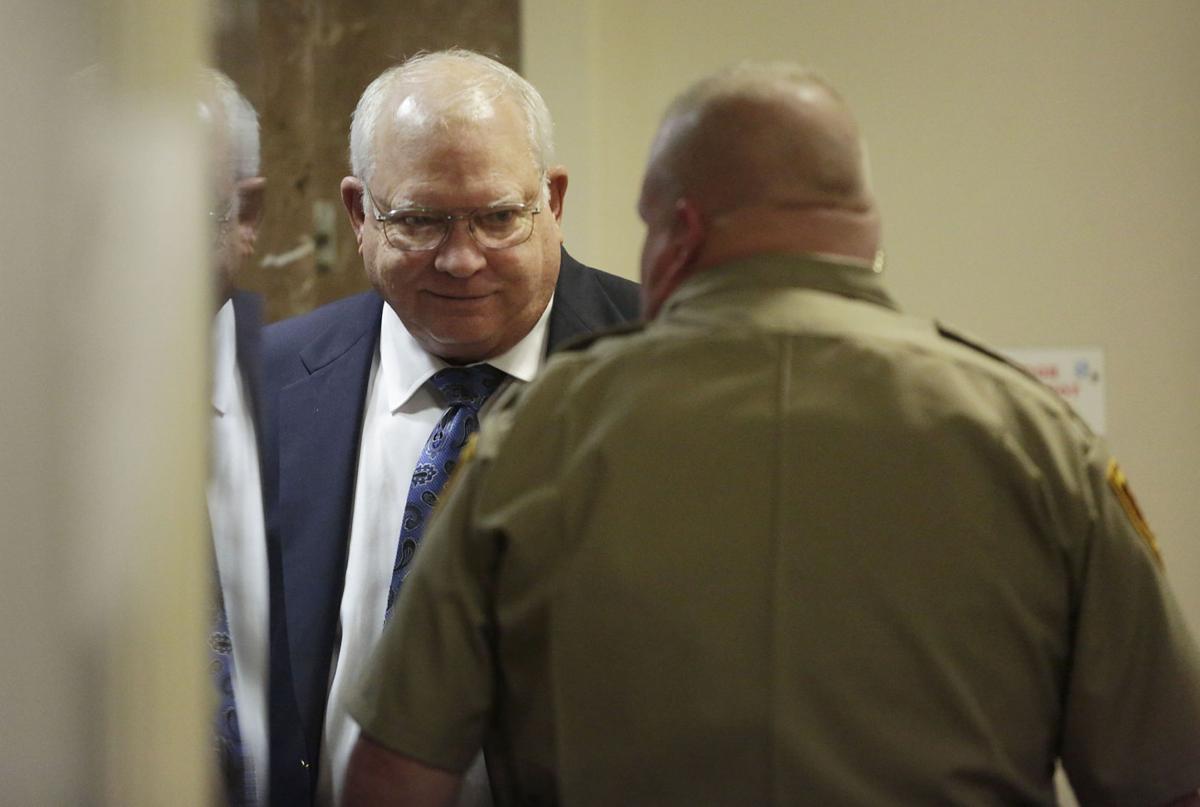 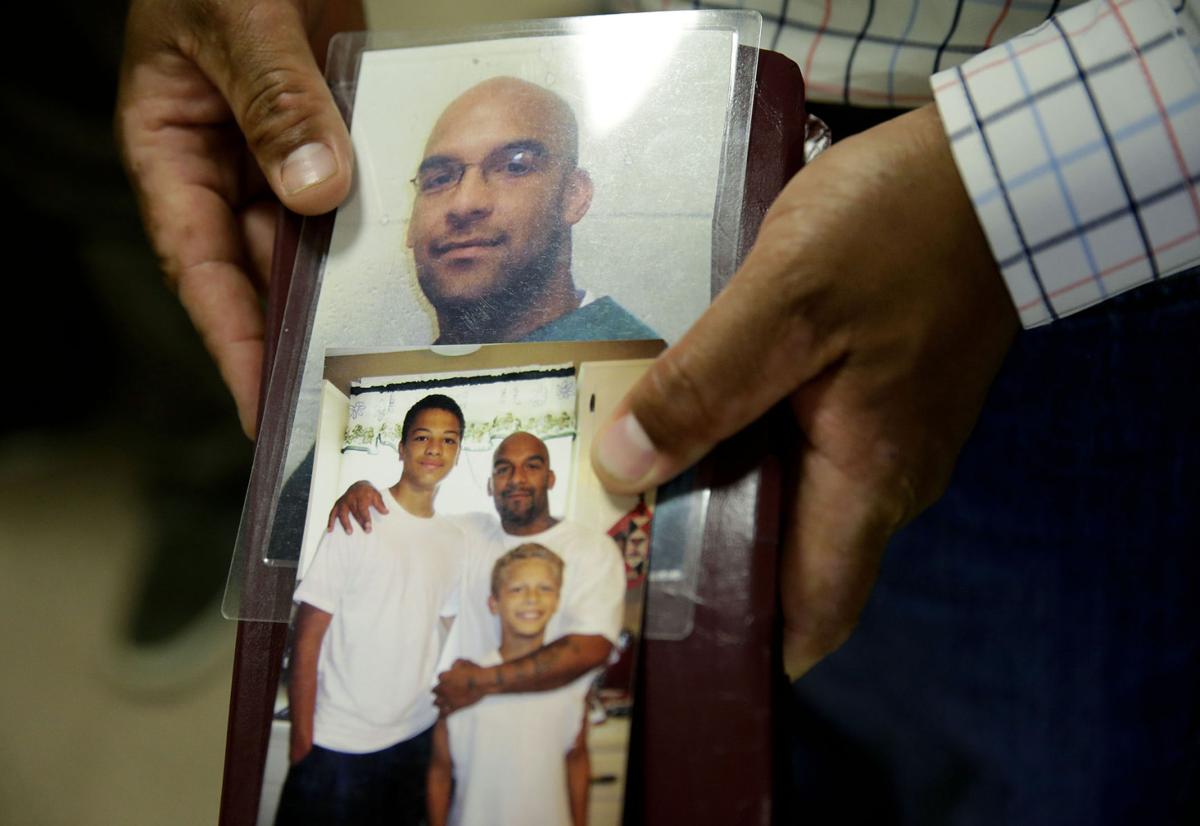 Andre Harris holds a Bible and photos of his brother Eric Harris at the Tulsa County Courthouse on Monday. Eric Harris died after being shot by then-Reserve Sheriff’s Deputy Robert Bates, who is on trial on a second-degree manslaughter charge. MIKE SIMONS/Tulsa World 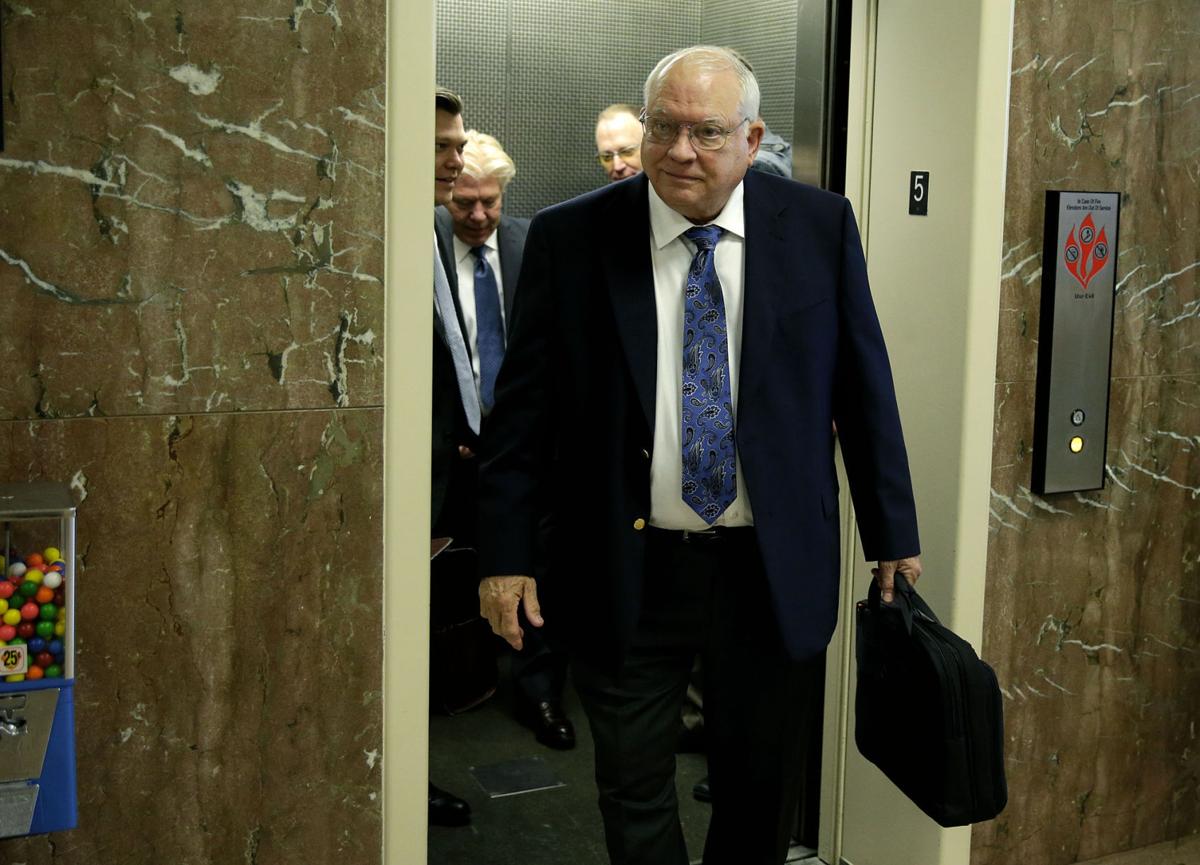 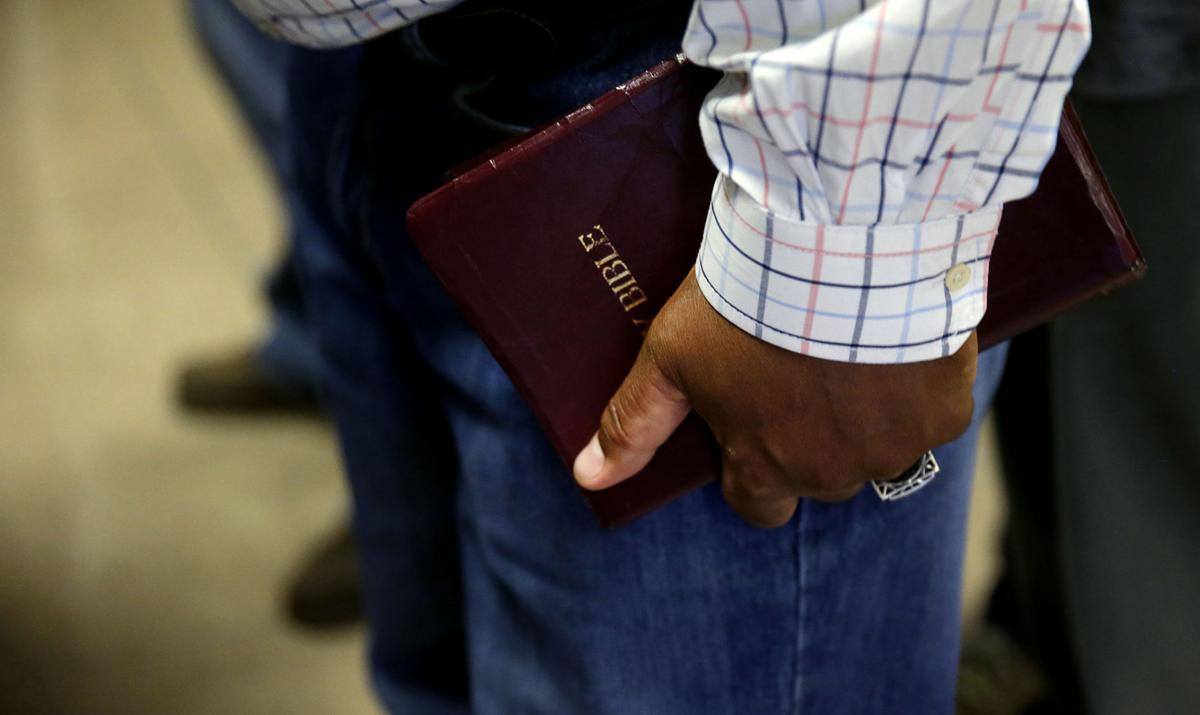 Andre Harris clutches a Bible at the Tulsa County Courthouse, where Robert Bates is on trial in the death of Harris’ brother Eric Harris on Monday. MIKE SIMONS/Tulsa World

Andre Harris holds a Bible and photos of his brother Eric Harris at the Tulsa County Courthouse on Monday. Eric Harris died after being shot by then-Reserve Sheriff’s Deputy Robert Bates, who is on trial on a second-degree manslaughter charge. MIKE SIMONS/Tulsa World

Andre Harris clutches a Bible at the Tulsa County Courthouse, where Robert Bates is on trial in the death of Harris’ brother Eric Harris on Monday. MIKE SIMONS/Tulsa World

Robert Bates’ defense was launched in his manslaughter trial Monday with an expert witness who theorized that stress prompted the Tulsa County Sheriff’s Office reserve deputy’s “muscle memory” to trump his intention when he grabbed his gun instead of his Taser and shot Eric Harris.

After the judge denied the defense’s request to drop the case following the prosecution’s 16th and final witness, the expert was grilled for about two hours on whether Bates’ admittedly mistaking his gun for his Taser was a reasonable error considering the stress of the situation.

Dr. Charles Morgan, a psychiatrist who said he documents human cognitive error in stressful situations, is one of several expert witnesses the defense has indicated will discuss topics including weapons confusion and whether Harris’ death was caused by the gunshot and not other medical issues.

Bates, 74, has pleaded not guilty to second-degree manslaughter in the death of Harris, who was shot after attempting to flee arrest as the target of a gun-sale sting on April 2, 2015.

Prosecutors assert that Bates’ mistaking his revolver for his stun gun and fatally shooting Harris constitutes “culpable negligence.” If found guilty he could face a punishment of up to four years in prison.

Bates has said he fired his gun after announcing “Taser” as a warning that he was about to deploy his stun gun on Harris, whom other deputies were restraining on the ground after a short foot pursuit.

Morgan said that in stressful situations, even highly trained individuals can make mistakes due to a surge of adrenaline blocking “reflective” thinking and leaving “reflexive” or “habitual” actions to kick in.

“When stress goes up, nobody gets smarter,” Morgan told the court.

Because of that, Morgan confirmed to Bates’ attorney Clark Brewster that in situations such as the gun sting in which a possibly armed suspect is attempting to flee, a lack of mistakes would be “unusual.”

How much Morgan was getting paid — about $8,000 — to testify for the defense was the focus of the initial line of cross-examination from Assistant District Attorney Kevin Gray.

Morgan confirmed that he had not reviewed records showing how Bates, an insurance executive, had previously handled guns in his training to volunteer on the sheriff’s drug task force.

As Bates left court Monday, Brewster acknowledged to reporters that the expert’s testimony was “pretty theoretical,” but he said he hoped it “educated the jury and the court on how these can happen to even the highest trained people in the military and special forces, so it can happen right here in Tulsa.”

Brewster pointed to an incident during cross-examination when Gray emphasized that he had Bates’ training records by holding up a stack of papers and audibly dropping them in a box on the prosecution’s table.

Testimony concerning Bates’ training has been sparse since prosecutors — responding to a defense pretrial motion — agreed to question witnesses or introduce evidence regarding the “adequacy or insufficiency” of his training only if the defense brought it up first.

Earlier Monday, the issue came up in a narrow sense during testimony from Tulsa County Sheriff’s Office Detective Michael Heisten, who led the investigation that resulted in the charge against Bates and was the prosecution’s last witness.

Brewster, on cross-examination, read aloud a prepared statement Bates had given to investigators in which he referenced training in ground fighting.

Gray returned by asking Heisten if he had found any records of Bates having trained on ground fighting in the past decade.

The detective testified that he found no record of such training, and when asked about previous task force operations that Bates had served on, he answered that none involved a fleeing felon.

Also during that testimony, Brewster emphasized that the Taser and revolver Bates used were similar in weight, grip and laser sight, but prosecutors said the Taser — unlike the revolver — must have a switch flipped before it can be activated. Jurors were able to hold the revolver and Taser in court.

While the jury was excused for lunch after the prosecution’s last witness, the judge denied a defense request to dismiss Bates’ case for lack of cause.

Against the defense, District Judge William Musseman ruled that the jury doesn’t need to hear expert testimony on law enforcement standards to decide whether Bates was culpably negligent when he shot Harris after mistaking his gun for his Taser.

Gray argued that the jury simply needs “common sense” to determine that it’s not a good idea to “go around accidentally shooting people.”

After prosecutors rested their case early Monday afternoon, Harris’ brother Andre Harris said that while he wished they’d presented more evidence regarding Bates’ qualifications, he thought they “turned it up a notch” toward the end.

“I feel like the state did a pretty good job and that we are going somewhere with this,” he told reporters.

Jurors were told to expect to start deliberating Wednesday, midway through the trial’s second week.

‘Slips and capture’ could be key to Robert Bates’ defense, but expert calls concept ‘junk science’

Key testimony: Sheriff's Office Detective Michael Heisten testified that he could find no record of training Robert Bates received in ground fighting or documentation of other task force operations the former reserve deputy had been a part of that involved a fleeing felon despite Bates' having referenced both in his written statement to investigators.

The defense then called Charles Morgan -- an expert in cognitive error under stress -- to the stand as its first witness after the state rested. Morgan told jurors it would be "unusual" for there to be no cognitive-error mistake in the high-stress situation in which Eric Harris was shot.

What's next: The defense will resume calling witnesses at 9:30 a.m. Tuesday. The judge told jurors to expect to receive the case for deliberation Wednesday evening.