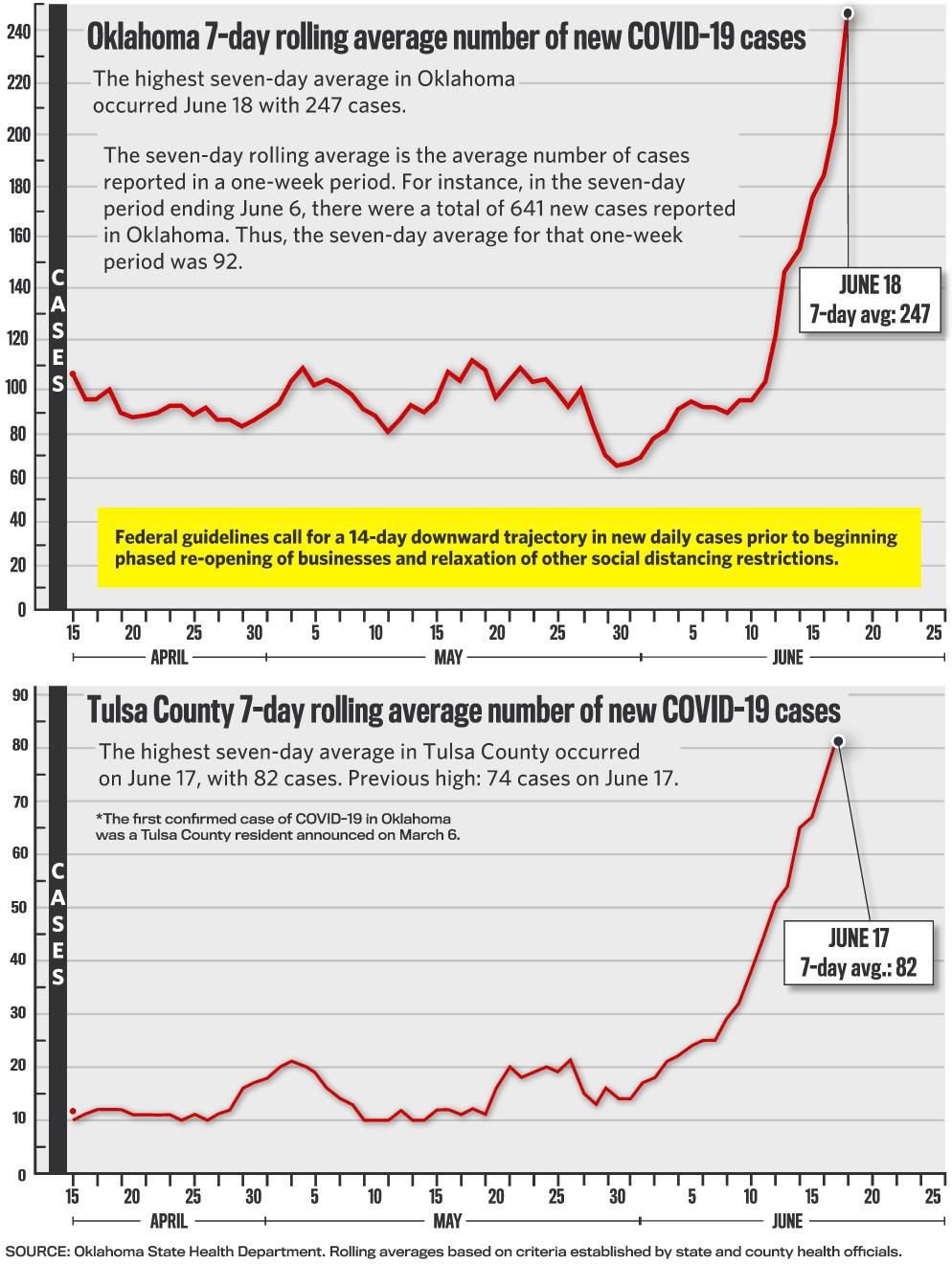 Oklahoma saw a 5.1% jump in the number of COVID-19 cases Thursday, with 450 new cases and two additional deaths.

Thursday’s numbers, which include the highest daily count since the pandemic began, leaves the state with 9,354 cases overall, with more than 1,100 of those coming since Sunday.

Thursday’s numbers, which were delayed from their regular 11 a.m. release time because of reported technical difficulties, continue a sharp upward trend going back to late May.

Tulsa County has 120 additional cases, up more than 6%, and one more death, according to state data.

Concern remains about the potential for President Donald Trump’s campaign rally at the BOK Center on Saturday to spread the virus further.

“Whenever people come together from outside and go back, there’s always potential for a super-spreader event,” Dart said. “And some people, unfortunately, just spread the virus more efficiently than others, which results in super-spreader individuals, and so of course that’s a concern.”

Statewide hospitalization numbers saw an increase in confirmed COVID-19 patients, with 76 of 129 of those in intensive care. Another 82 people remain under investigation for possible COVID-19, with 20 of those in ICU, according to state data.

Throwback Tulsa: Photos of presidents, candidates and other politicians who have visited Oklahoma

Donald Trump in January 2017: Oklahoma is a special place. I love the people.