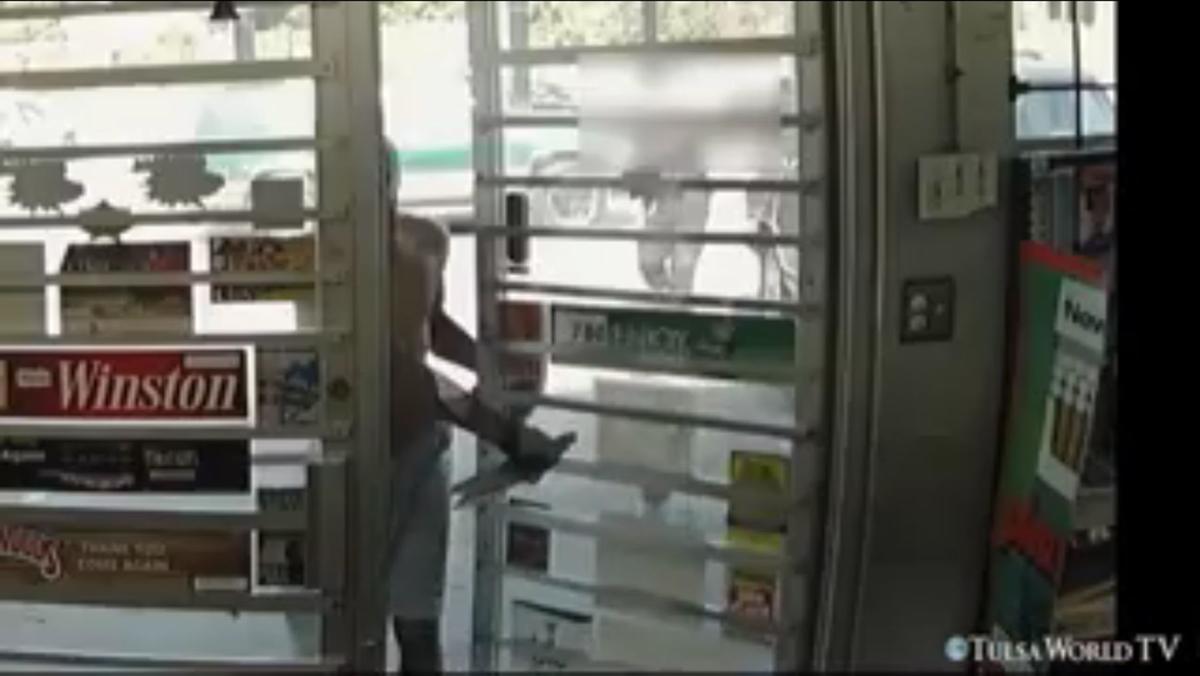 An image from surveillance video shows Joshua Barre entering a convenience store with knives before being fatally shot by police. COURTESY 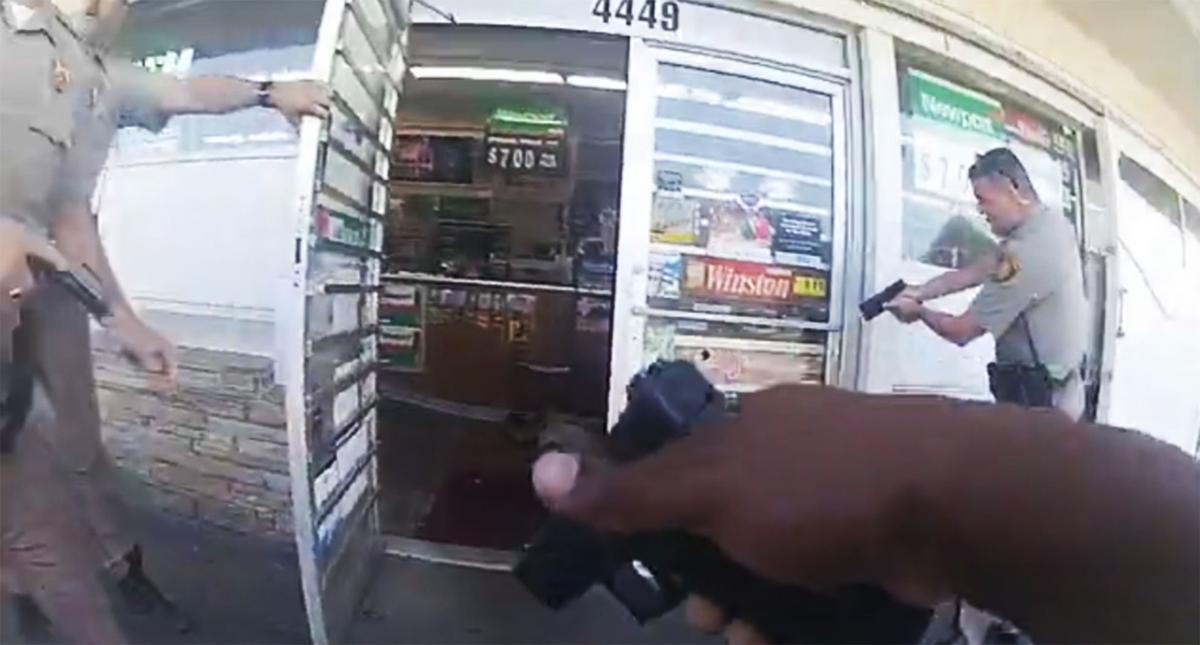 An image from surveillance video shows Joshua Barre entering a convenience store with knives before being fatally shot by police. COURTESY

Deputies tried to use Taser on Joshua Barre two days before he was fatally shot, records show

Police, sheriff explain why shots were fired at mentally ill man as he entered Tulsa store

A federal lawsuit alleges Tulsa County deputies wrongly “did nothing” to help a mentally ill man prior to his being shot to death by law enforcement while carrying two large knives as he entered a north Tulsa convenience store nearly a year ago.

Two Tulsa County deputies in a patrol car followed some distance behind Joshua Barre on June 9 for about a mile. They tried unsuccessfully to coax him into dropping two large knives he carried in his hands before reaching the convenience store.

Deputies attempted to take Barre into custody at his nearby home in three prior instances on a court-ordered pickup for mental health concerns but were unsuccessful.

In a Tulsa World interview in the shooting’s aftermath, Sheriff Vic Regalado praised the deputies for exercising restraint, attempting to use less-lethal force, and also trying to de-escalate the volatile encounters with Barre, 29.

The civil rights lawsuit, filed Monday afternoon in Tulsa federal court, alleges deputies failed in their appointed duty to transport Barre for help by not intervening to assist him with his “dangerous state of acute psychosis.”

“This wretched outcome was eminently preventable,” the lawsuit contends. “The numerous failures to intervene to assist Josh by Deputies ... constitute negligence and deliberate indifference to Josh’s serious mental health needs and created a dangerous condition that led to his death.”

Attorney Dan Smolen filed the lawsuit on behalf of Barre’s mother, who is the special administrator of her son’s estate.

Deputies Will Ramsey, Brandon Walker and Monica Holloway are named as defendants in their individual capacities. Regalado is named in his official capacity, as well as the Board of County Commissioners. Holloway wasn’t on scene for the fatal shooting but was involved in past pick-up tries.

The lawsuit lists four causes of action: duty to protect/danger creation, failure to intervene, official capacity liability (against Regalado) and negligence. It seeks punitive damages, requesting at least $75,000 in actual and compensatory damages.

Regalado previously emphasized that one of the deputies attempted to use a Taser — a less-lethal option — on Barre in the convenience store parking lot but that its barbs failed to make successful contact with his skin. Once he opened the door and began to walk in, Ramsey, Walker and Tulsa police Officer Donnie Johnson fired their handguns at him because he was a threat to any occupants inside.

The sheriff also said that Ramsey and Walker stayed in their patrol car behind Barre for a mile because Barre was motioning for them to exit and they didn’t want to escalate the encounter.

The District Attorney’s Office found no criminal wrongdoing by Ramsey, Walker or Johnson.

The lawsuit contends the deputies repeatedly failed to call for a mental-health professional when they knew Barre was “acutely psychotic and off of his medication” in their prior encounters. Not summoning a professional to help talk Barre out of his home allowed him to remain alone in a dangerous state of mind, with neighbors reporting they felt threatened.

Deputies say Barre threatened them in two of those prior attempts at picking him up and that they were unable to locate him in a third instance.

Two days before the fatal shooting, a deputy tried to use a Taser on Barre through an open window after he charged in an “aggressive manner” and yelled, “I’m going to kill you all,” according to Sheriff’s Office reports.

Regalado said the deputies exhibited appropriate patience by not entering Barre’s home to serve the court order even though they had received the house keys from his family.

“Yes, we could have entered into that house. But understand this is a civil action with an individual who has mental-health issues that is more than likely in psychosis,” Regalado said. “If we escalate by entering into his house, he may not know that we are there to put him into custody to get him help.

“At that point in time I believe we are escalating that issue, and if we have to use deadly force because we’ve entered into his house on a civil action where he’s not a threat to the general public, I think that’s where we would have serious issues.”