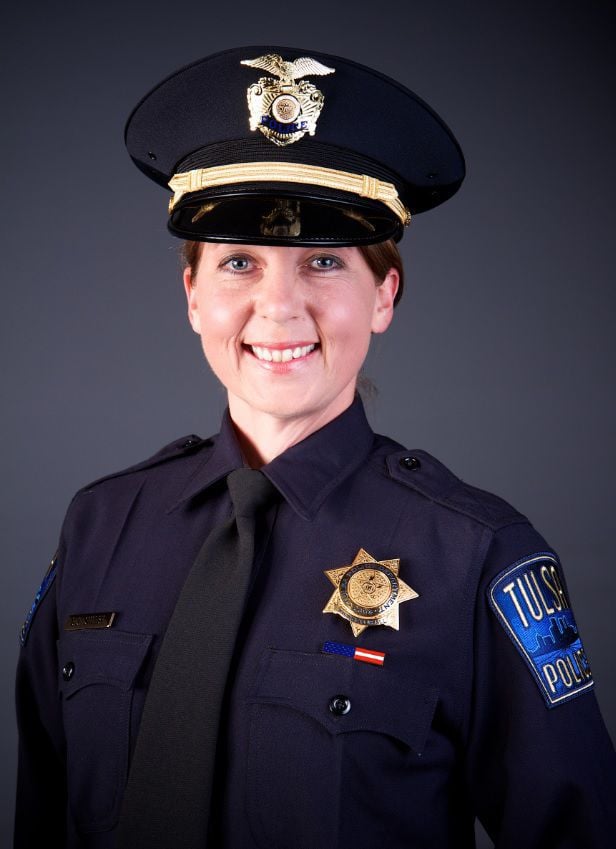 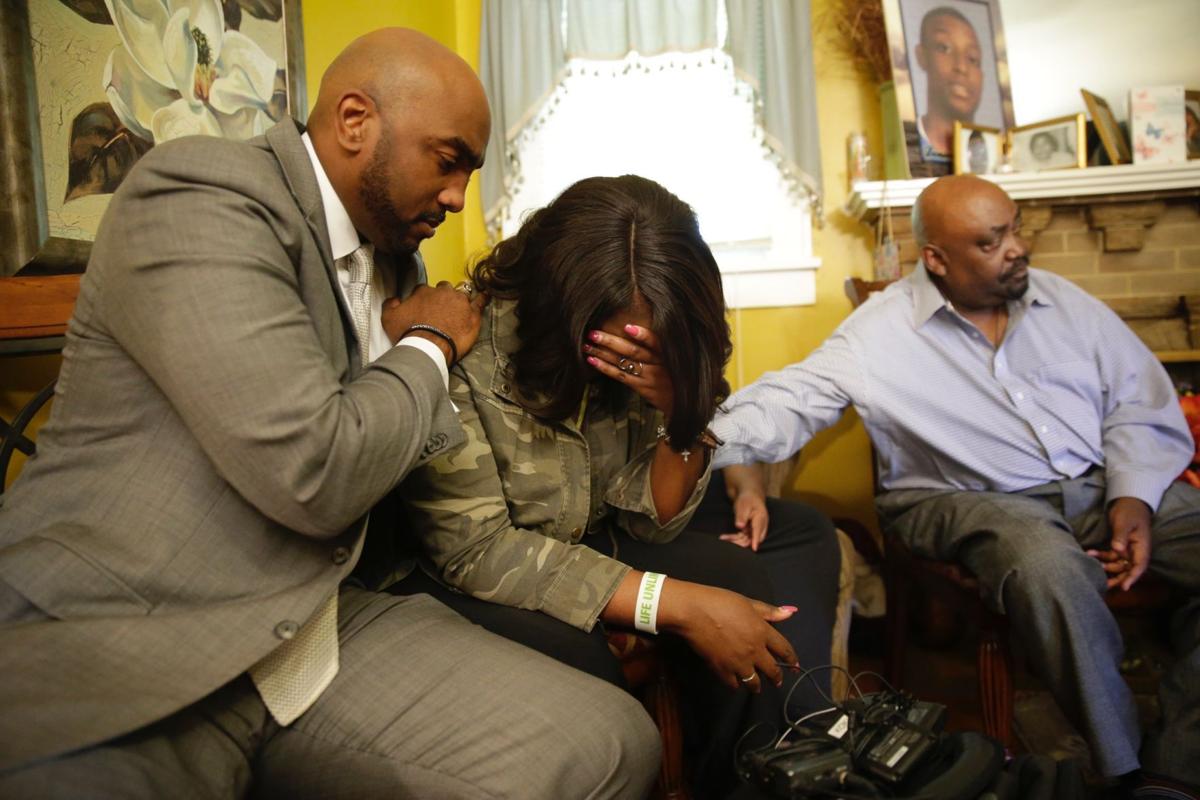 Terence Crutcher is pictured with his twin sister, Tiffany. He died after he was shot by a Tulsa Police officer on Friday. Courtesy 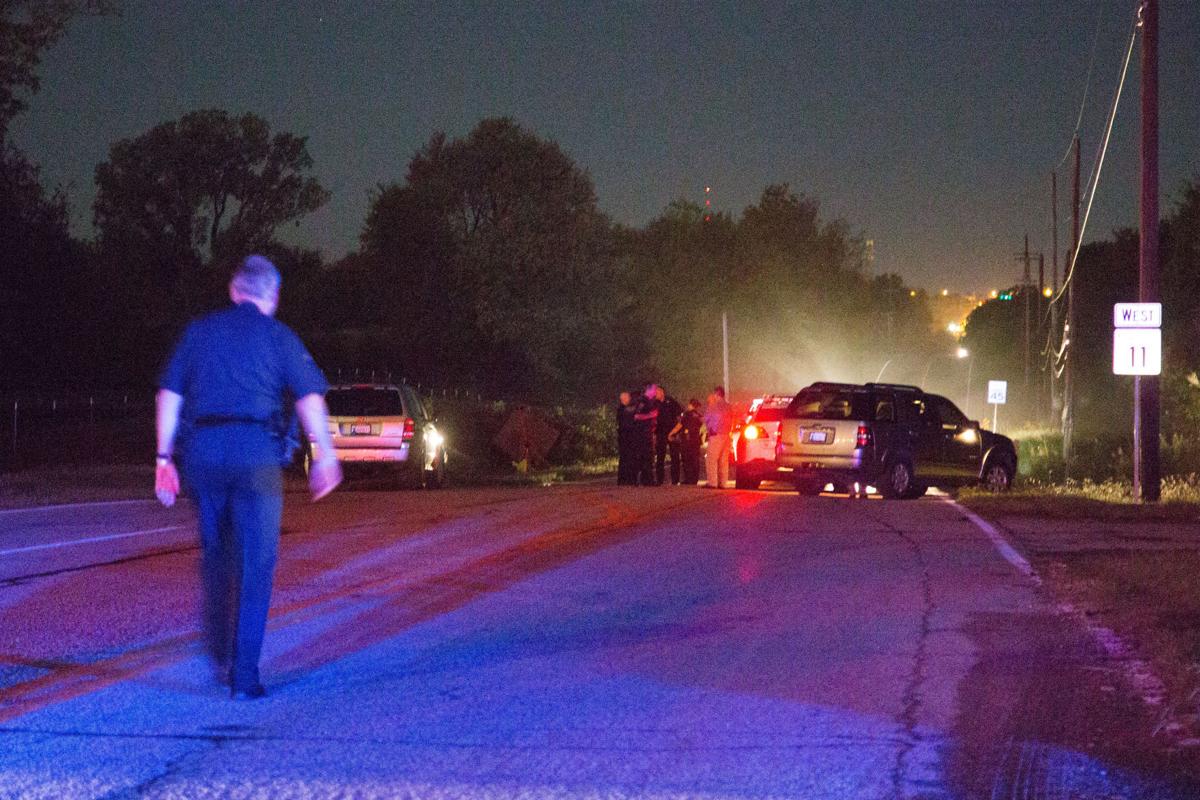 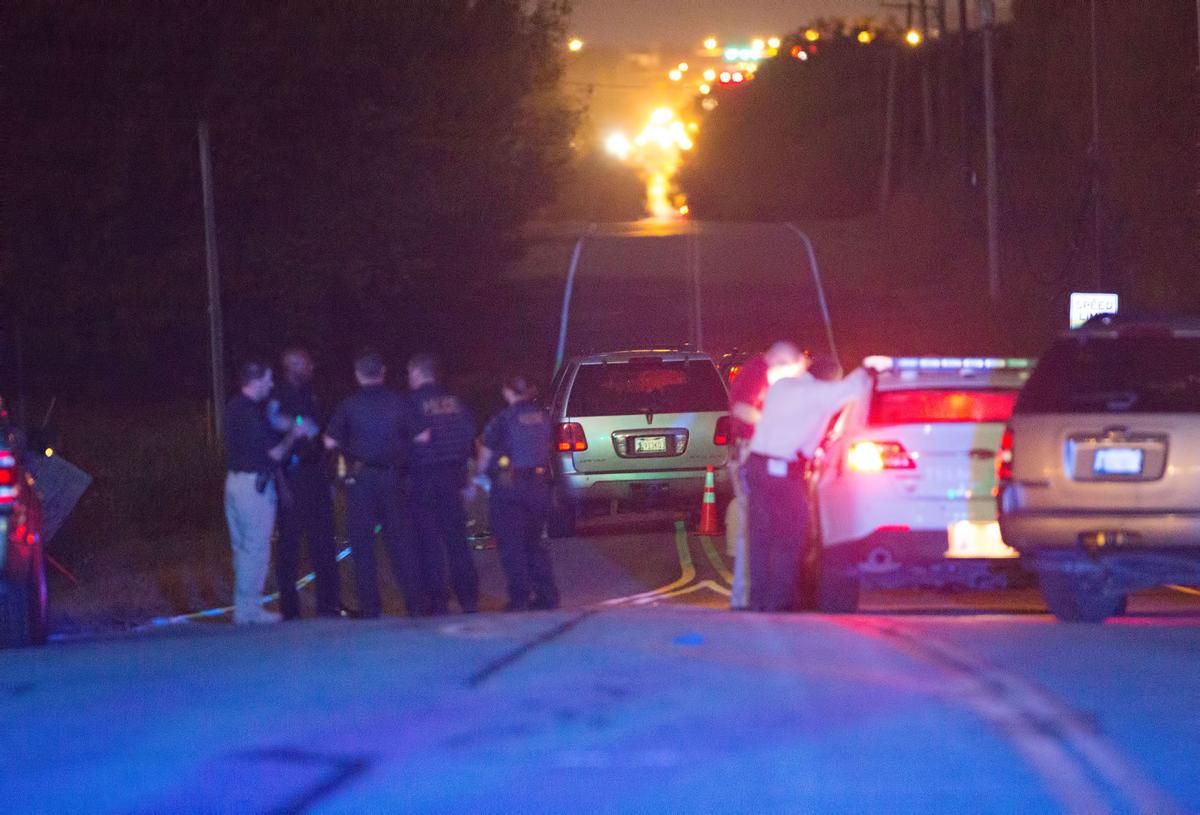 The scene of an officer involved shooting just west of Lewis Avenue on 36th Street North, where Terence Crutcher was fatally shot by Tulsa Police officers on Friday. 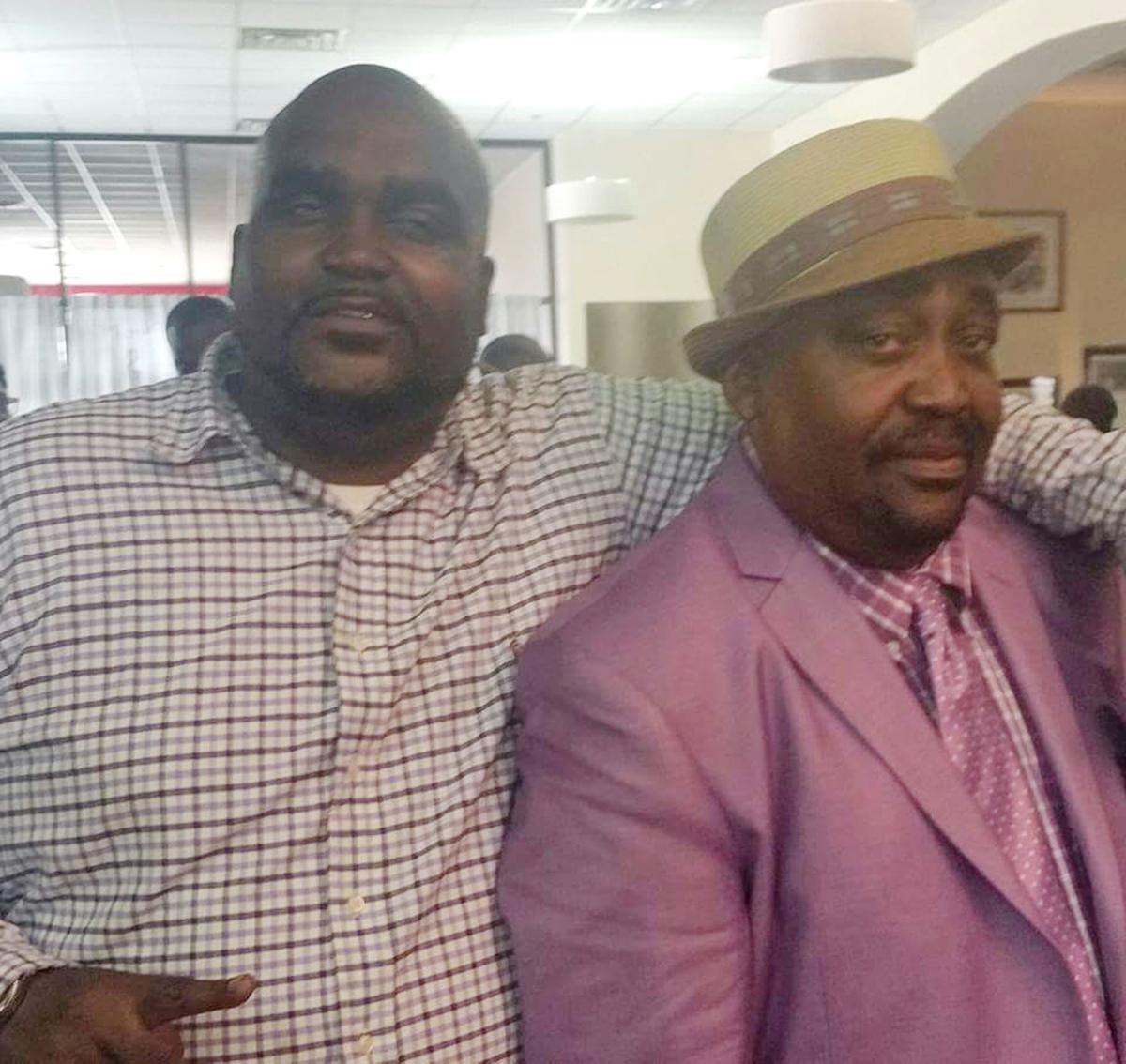 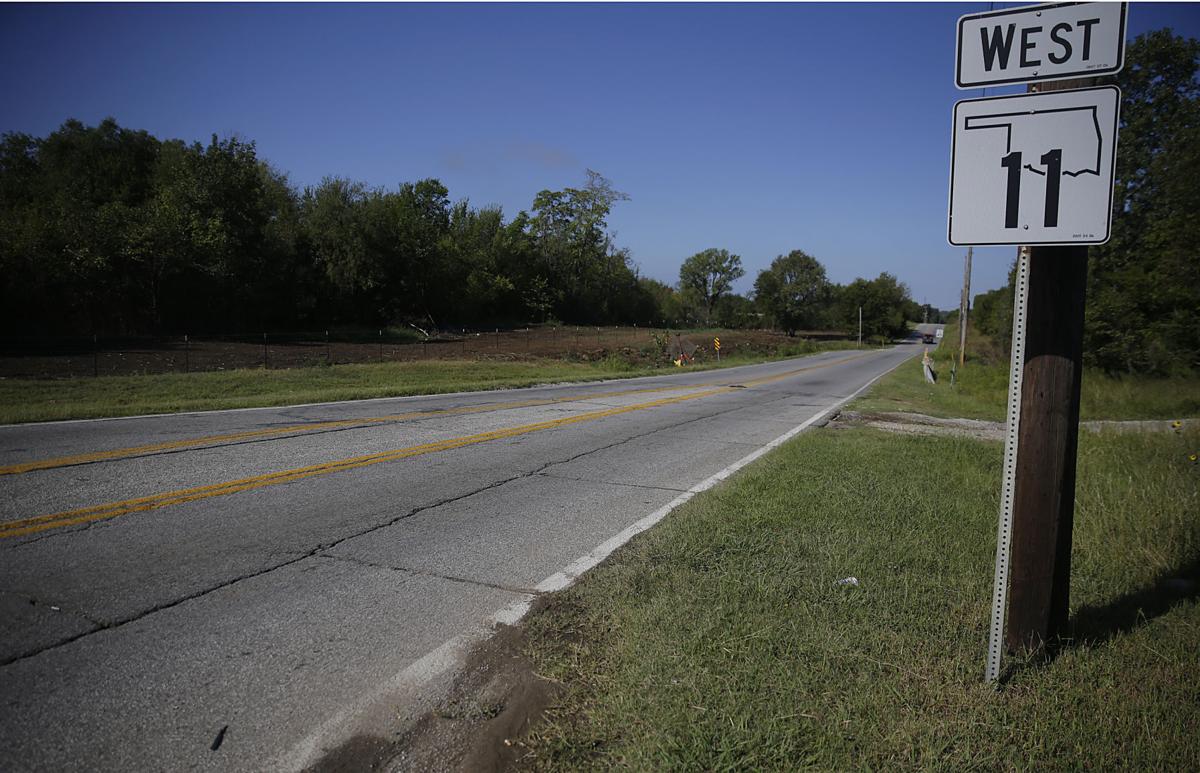 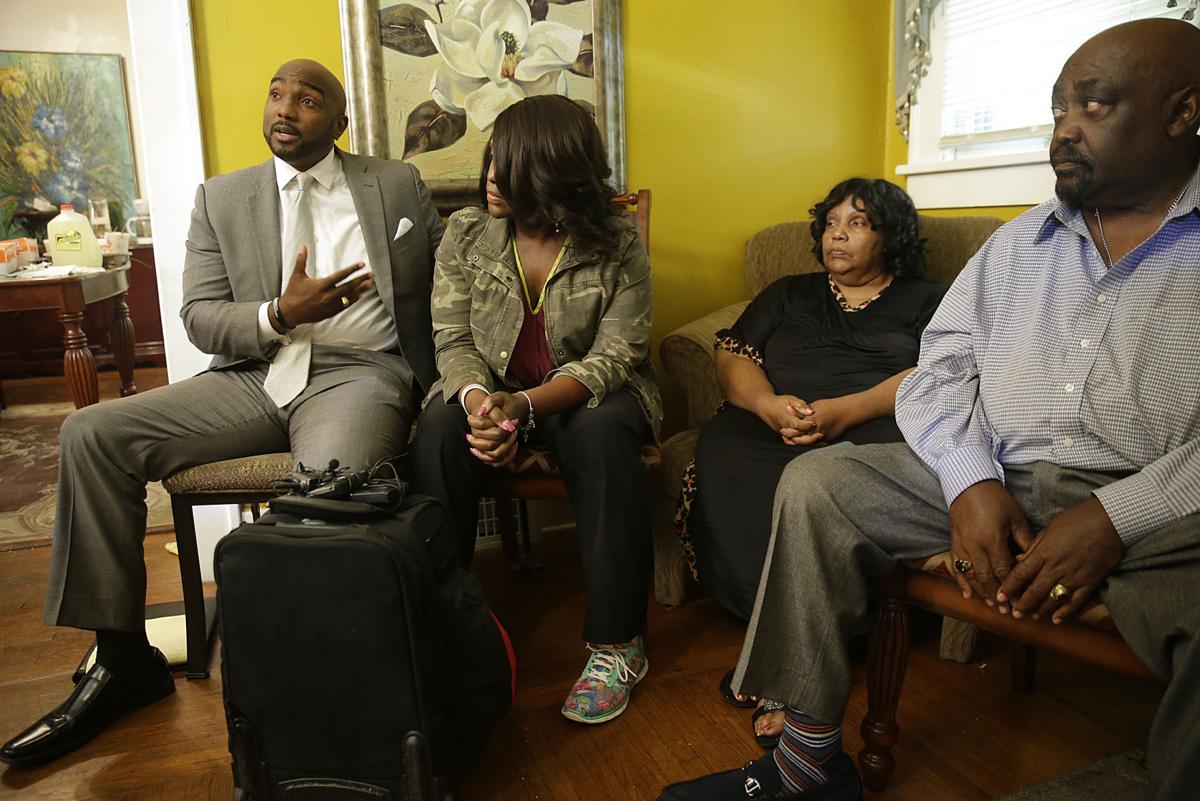 Terence Crutcher is pictured with his twin sister, Tiffany Crutcher, before his death in September 2016. Courtesy

Terence Crutcher is pictured with his twin sister, Tiffany. He died after he was shot by a Tulsa Police officer on Friday. Courtesy

The scene of an officer involved shooting just west of Lewis Avenue on 36th Street North, where Terence Crutcher was fatally shot by Tulsa Police officers on Friday.

Terence Crutcher is pictured with his twin sister, Tiffany Crutcher, before his death in September 2016. Courtesy

VIDEO: Terence Crutcher shot by Tulsa Police: his family and attorney speak out

Update: Tulsa police on Sunday released the names of the two police officers involved in the fatal officer-involved shooting on Friday night.

Officer Betty Shelby is the officer who discharged her duty weapon during the incident, police said. Her date of hire was Dec. 1, 2011. Shelby has been placed on routine administrative leave with pay.

Officer Tyler Turnbough is the officer who deployed his Taser during the incident. His date of hire was Jan. 5, 2009.

More to come on this story.

Below is a previous version of a story regarding Friday's incident:

An attorney for the family of a man who was fatally shot by a Tulsa Police officer Friday night called for the police department to “immediately” release any video footage it has from the incident.

Benjamin Crump, who also represented the family of Florida teenager Trayvon Martin, and Damario Solomon-Simmons held a press conference Saturday afternoon at the home of 40-year-old Terence Crutcher, where they asked that the agency be transparent about the actions that led up to an unidentified officer shooting Crutcher near 36th Street North and Lewis Avenue.

Police have not said whether Crutcher had a weapon at the time of the shooting, but his sister, Tiffany Crutcher, maintains he was unarmed. When asked about the matter Saturday afternoon, Tulsa Police Officer Jeanne MacKenzie told the Tulsa World, “I do not know that information.”

Chief Chuck Jordan and the department have scheduled a press conference about the shooting at 1:30 p.m. Monday, when they also plan to release all unedited audio and video of the shooting.

Police staff are working over the weekend to ready the files for the conference, and an earlier conference will be scheduled if the files are ready before Monday, the department announced in a news release Saturday night.

The department also announced Jordan contacted the Department of Justice through the U.S. Attorney’s Office of the Northern District of Oklahoma, and Tulsa Police will work with the department during the investigation.

MacKenzie said the officer, who is on paid administrative leave pending an investigation, fired after Crutcher reportedly reached into his vehicle, which had stalled in the middle of the road, instead of complying with officers’ demands.

She said an officer who was en route to an unrelated call spotted Crutcher and his stalled sport utility vehicle around 7:40 p.m. The officer called for backup, then approached the vehicle when the second officer arrived. That is when Crutcher approached the officers from the side of the road, MacKenzie said.

“From that point, I do not know what occurred. We have no idea, and that’s what is so difficult for us and the family,” Solomon-Simmons, a longtime friend of the Crutcher family, said Saturday. “Terence was tragically taken away from his family ... but we don’t have any answers. That’s our job, to try to get answers for this family as they’re mourning.”

MacKenzie said the officers ordered Crutcher to put up his hands multiple times, but he did not comply and instead reached into the vehicle. One officer deployed a Taser at Crutcher, and the other officer fired a single shot shortly afterward.

When asked whether the officer followed protocol by firing at Crutcher, MacKenzie said there aren’t step-by-step procedures for how to deal with such situations.

Records indicate Crutcher had more than a dozen contacts with various law enforcement agencies in the Tulsa area, primarily for motor vehicle-related violations, and spent time in state prison for drug-related charges. But MacKenzie said Saturday that Crutcher’s background with police did not have a role in why officers approached him.

“Officers did not know anything in reference to the individual prior to their contact,” she said.

The Tulsa County District Attorney’s Office will rule on whether the officer’s use of deadly force was justified. District Attorney Steve Kunzweiler said Saturday that his administration has made it a priority to request that law enforcement allow one of his investigators to observe crime scene investigations related to police shootings.

“It’s a high-profile event, and I need to be made aware of some of the relevant facts,” he said.

Kunzweiler did not comment about Crutcher’s case, saying he wants “to respect the integrity of the investigative process,” but provided information about what his office evaluates.

“In any officer-involved shooting, we’re going to evaluate all witness statements, any information from the medical examiner’s office (and) any relevant physical evidence that might relate to the shooting and apply that to the law,” he said. “As with any case involving a criminal investigation, we’re evaluating the facts as applied to the law to determine whether a crime was committed and/or whether there is a particular defense that is relevant for the evaluation.”

The Tulsa World has filed an Open Records Act request for all available video footage related to the shooting. MacKenzie said there is no timetable on when the videos, if they exist, will be released.