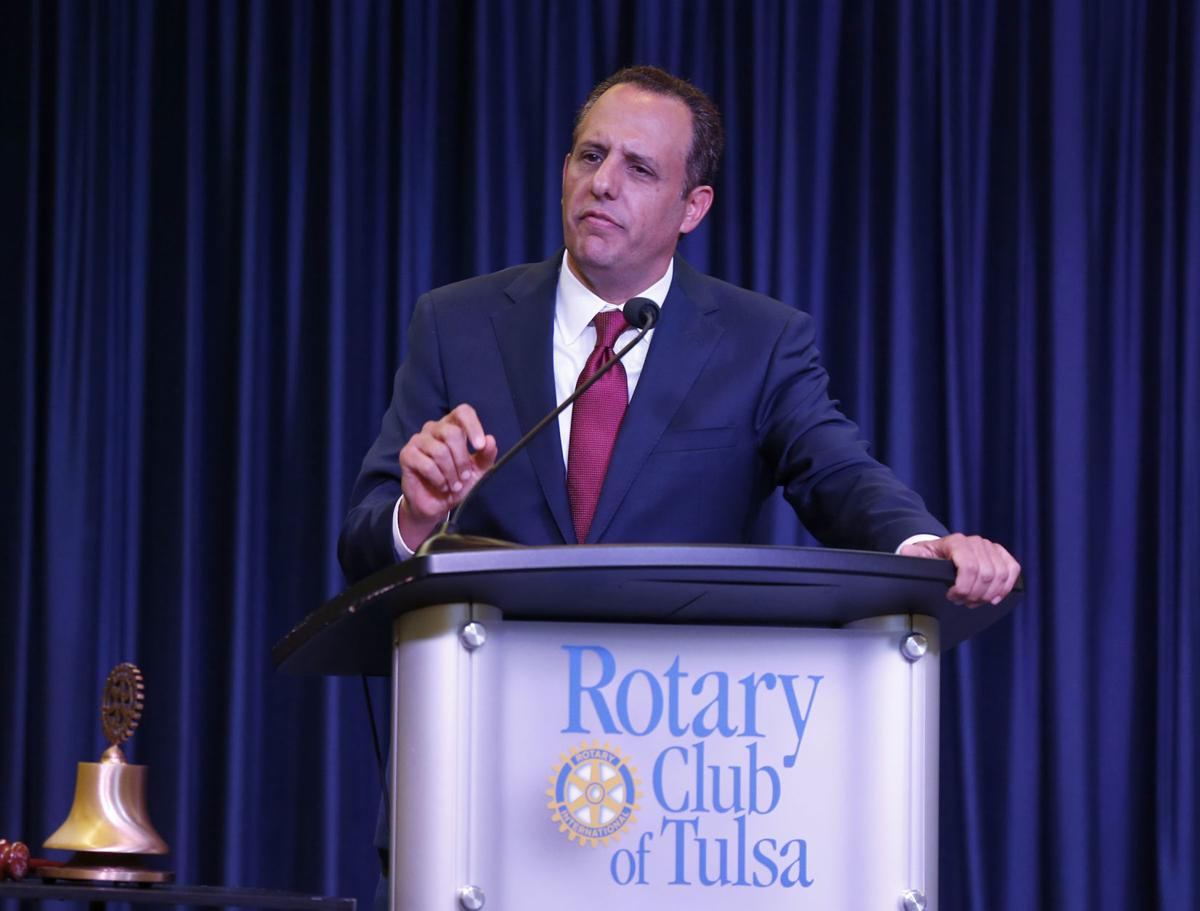 Joe Harroz, interim president at the University of Oklahoma, speaks at the Rotary Club of Tulsa luncheon on Wednesday. STEPHEN PINGRY/Tulsa World 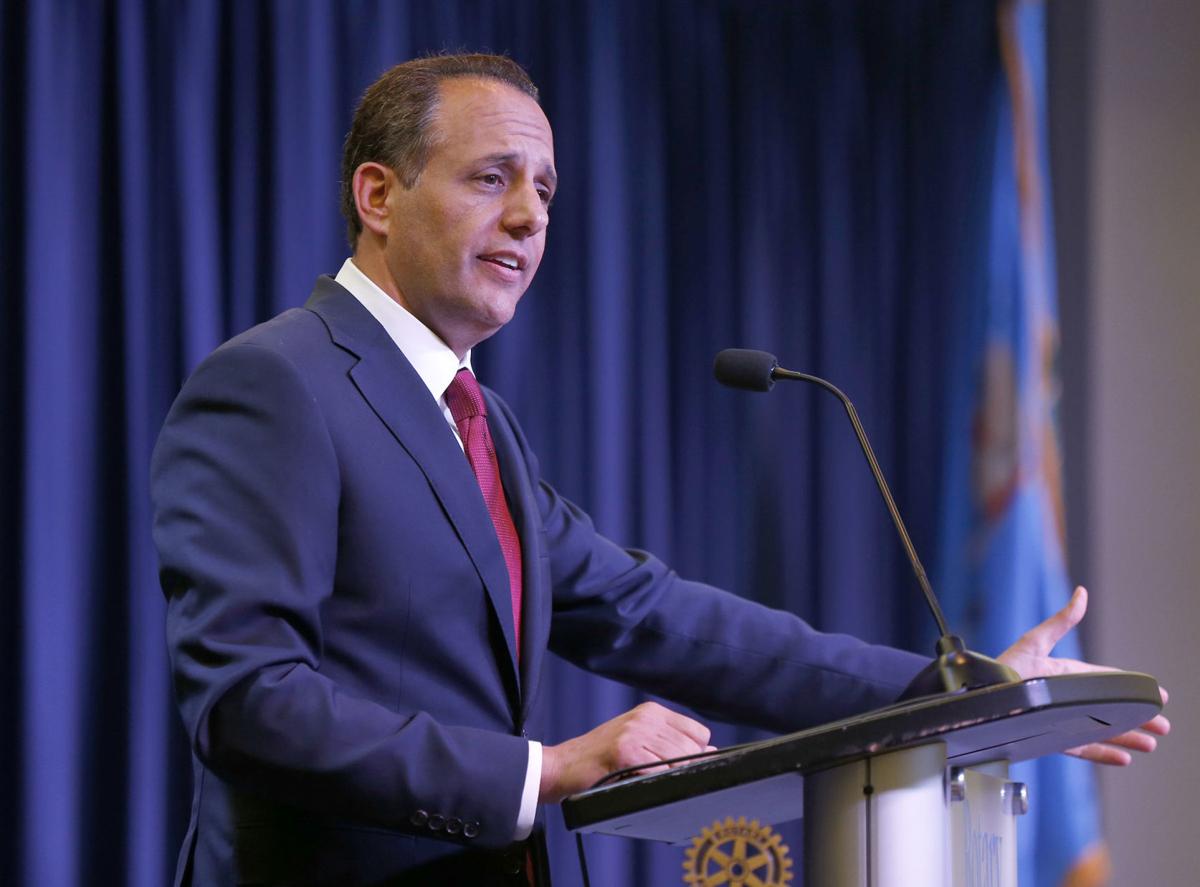 Joe Harroz, interim president at the University of Oklahoma, speaks at the Rotary Club of Tulsa luncheon on Wednesday. STEPHEN PINGRY/Tulsa World

Reading, writing and arithmetic may be the three Rs of education, but learning to get along with each other is more important, University of Oklahoma Interim President Joe Harroz said Wednesday.

“The No. 1 priority we have to get right is diversity and inclusion,” Harroz told the Rotary Club of Tulsa.

“Here’s why it matters,” Harroz said. “The very foundation of our democracy depends upon it. ... How democracies die today is a very clear playbook. You find a society that’s a democracy, you find out what their differences are, you inject fear into it and you make them hate each other.”

Harroz’s remarks came just a few days after he addressed the latest in an intermittent string of incidents involving OU students. Most had to do with the use of some form of black face.

Harroz said race and ethnicity are pressure points but other differences are, too.

“I’ve been guilty of wondering how somebody can think (what they do), especially politically, and discount their position to zero and simply say, 'I have no idea what they can be thinking, so therefore they must be wrong,'” he said.

Harroz said the story of the 2016 election was not who won but “the playbook to divide democracy. And the playbook was to get trolls to find ways through social media to make people hate each other. ... That’s how you destroy democracy.”

Related to diversity and inclusion is education and an understanding of democracy and citizenship, said Harroz. He said a recent survey found only 16% of American adults could name all three branches of the federal government — down from just 34 percent five years earlier.

“Think about the methods used to divide us,” Harroz said. “Take a populace, create fear. Take away the education to understand what’s happening to you. ... When we transmit values, the value we have to transmit is that of citizenship, and that means tolerance.”

Harroz took over at OU last spring after President James Gallogly left abruptly. A former chief legal counsel and law dean at the university, Harroz is viewed as the most likely candidate to get the president’s job on a permanent basis.

Wednesday, he said the university is correcting some financial strains and laid out his principles for directing it.

Because of that, he said, much of OU’s activities in Tulsa will continue to revolve around health care and research.