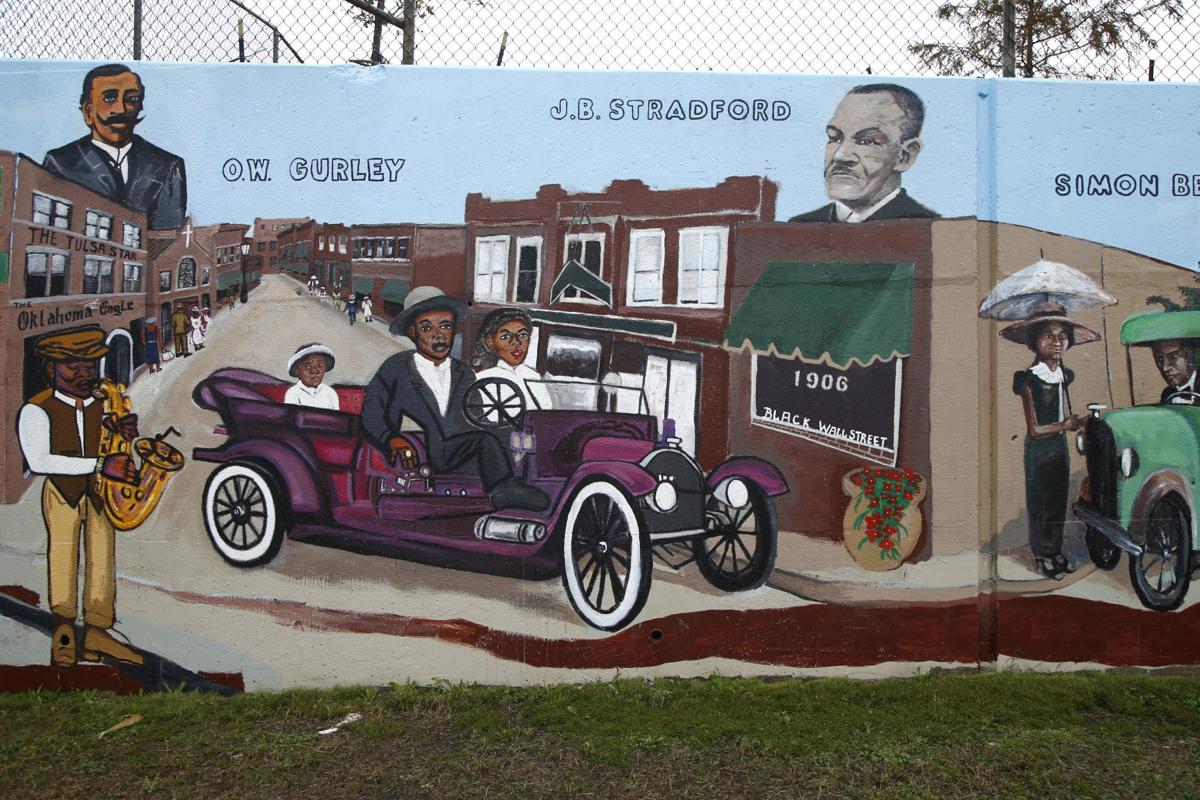 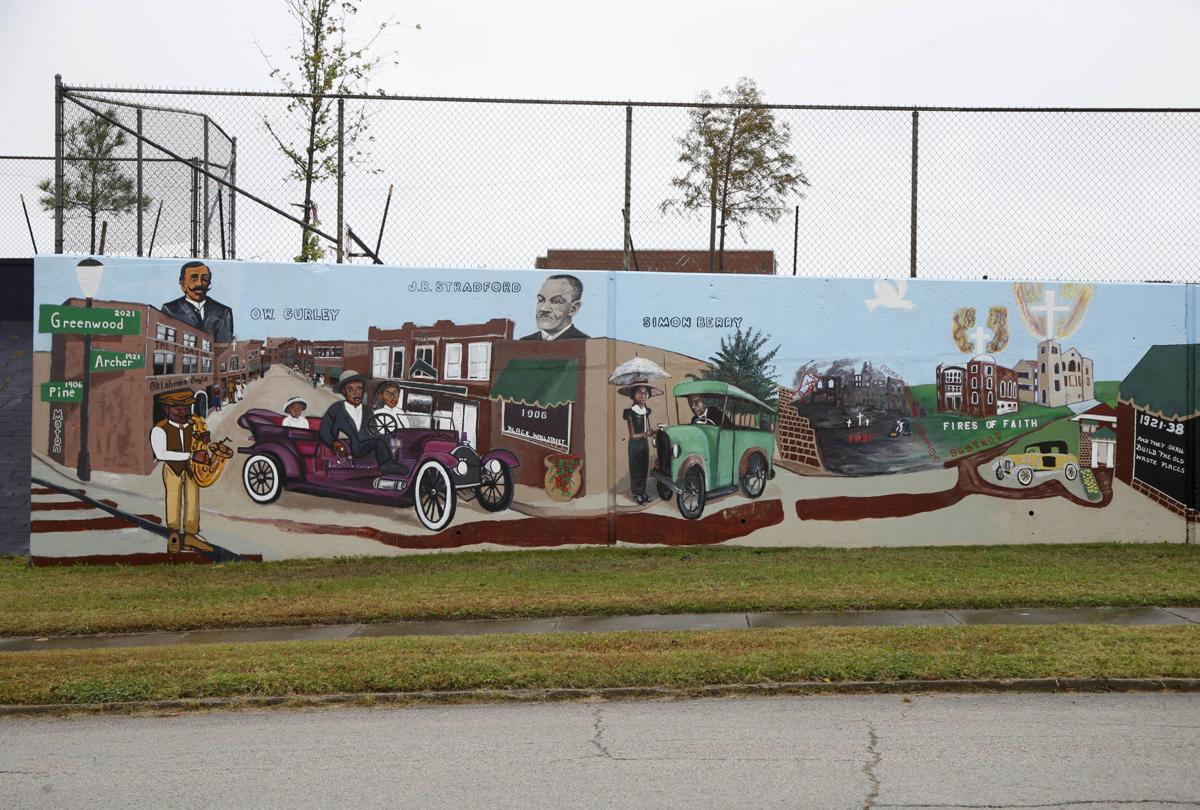 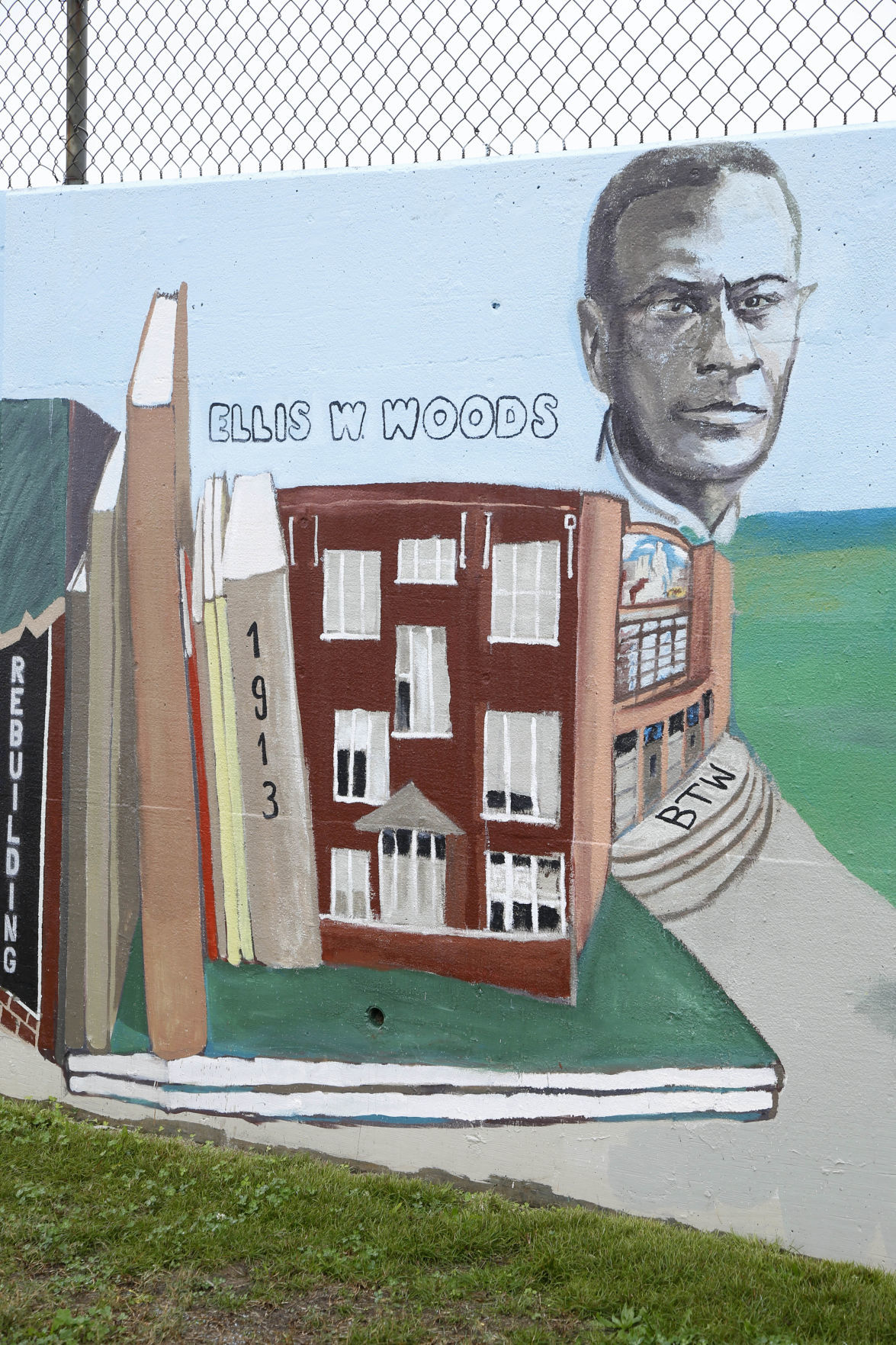 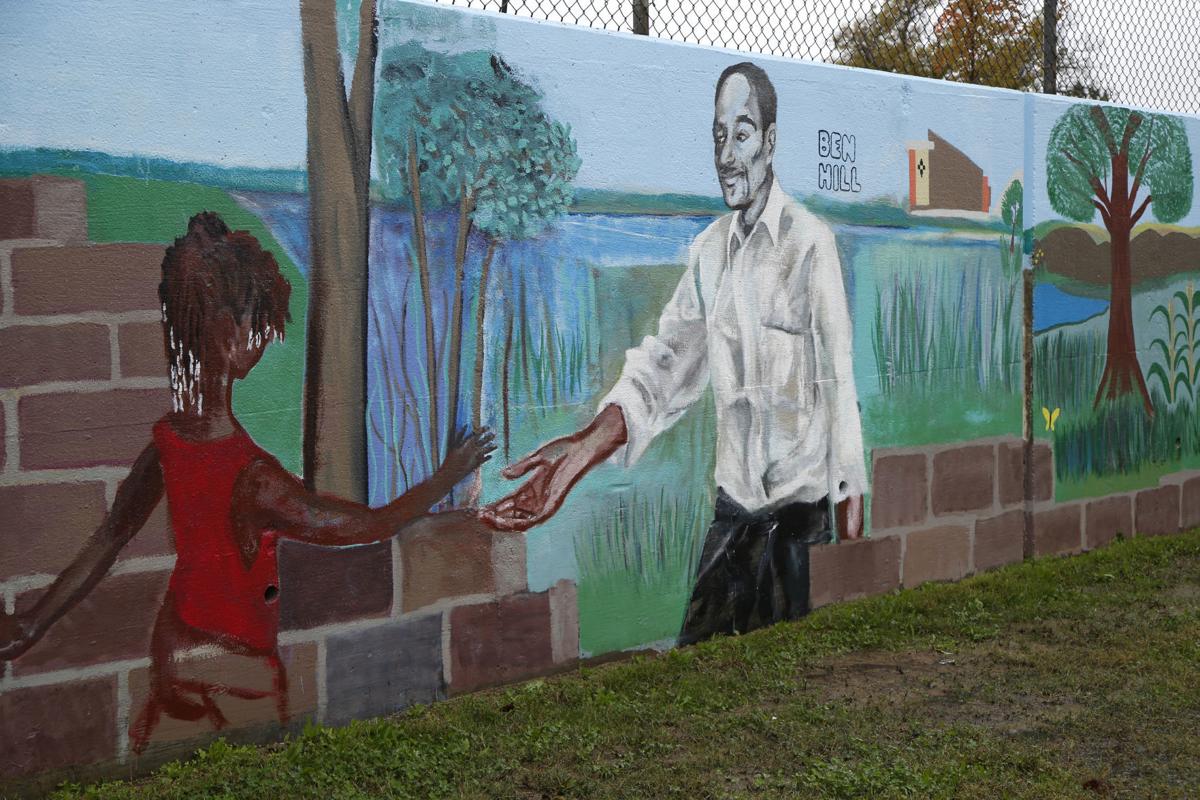 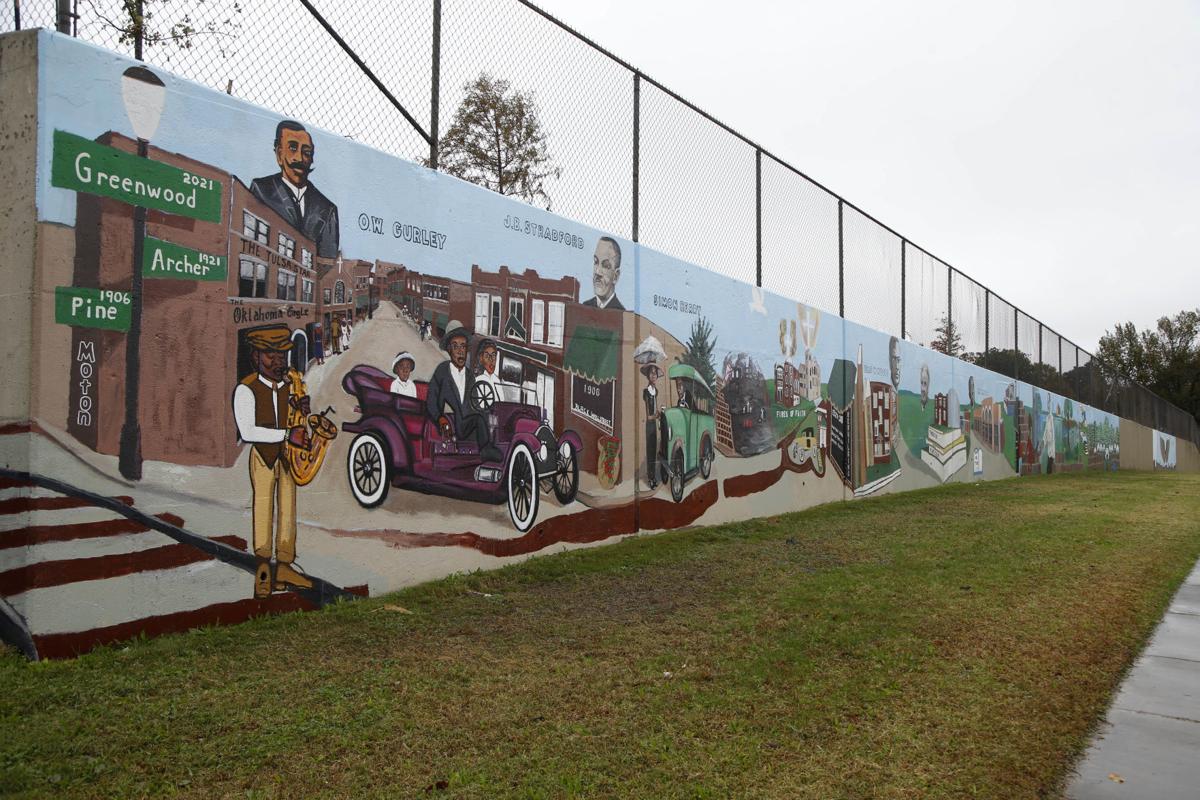 For years, a portion of Latimer Street and Martin Luther King Jr. Boulevard was considered an eyesore.

The wall, said Emerson principal Diane Beckham, was a blight that could no longer be overlooked.

She quickly became convinced something — anything — must be done to change what was overshadowing a beautiful school.

“There was nothing there previously,” said Beckham of what before was only a blank concrete wall accompanied by chain link fencing.

That something has now come, two years later, in the form of a mural that stretches nearly a full city block.

Where once stood a deteriorating barrier has been transformed into a colorful and poignant reminder of O.W. Gurley, Simon Berry, George Washington Carver, Black Wall Street and the Greenwood District.

Those iconic figures, along with famed educator Maria Montessori, are part of the large “Heritage, History and Hope Mural” on the grounds of Emerson that celebrates historical achievements by African Americans while also honoring the north Tulsa community that surrounds the school.

“This is a way to express to the community that Emerson is very much part of a community that has existed for a long time,” said Mary Williams, mural project curator with Color Me True Destiny Programs. “We hope this inspires conversation among community members and teachers and students to bring in black history as part of history studies.”

The mural also highlights individual contributions of African Americans over time, including depictions of Mt. Zion Baptist Church, the Oklahoma Eagle newspaper, the 1921 Tulsa Race Massacre and a “Tree of Knowledge” section that features names of dozens of other renowned people.

“This is especially for students and teachers who want to do more than teach about the violence of black history in America and bring a balance to the contributions that black Americans have made since the beginning of our nation,” said Williams, who worked closely with the Emerson Foundation and Tulsa Arts District to help support the project.

Since the work was completed by a team of local artists before finally being unveiled earlier this month, the mural has also brought something just as meaningful.

Anecdotal stories chronicle a sort of deep connection with the mural. Not just that it simply exists, but because it has given residents a sense of newfound pride. Those associated with the project described visitors shedding tears and even thanking the artists for providing a welcome aesthetic overhaul.

“I think it’s remarkable how Mary and the other artists were able to capture the spirit of the community and all the positive historical moments,” said Beckham.

She was also pleased that the Montessori educational model was honored in the artwork. It was particularly significant since Emerson, which adopted the learning model last August, is Oklahoma’s only public Montessori school.

So far the popularity of the mural, even in its infancy, has prompted plans for orchestrated public tours to be held to introduce as many people as possible to the work.

“We are there to inspire students,” said Beckham. “This is just one more way we can do that.”