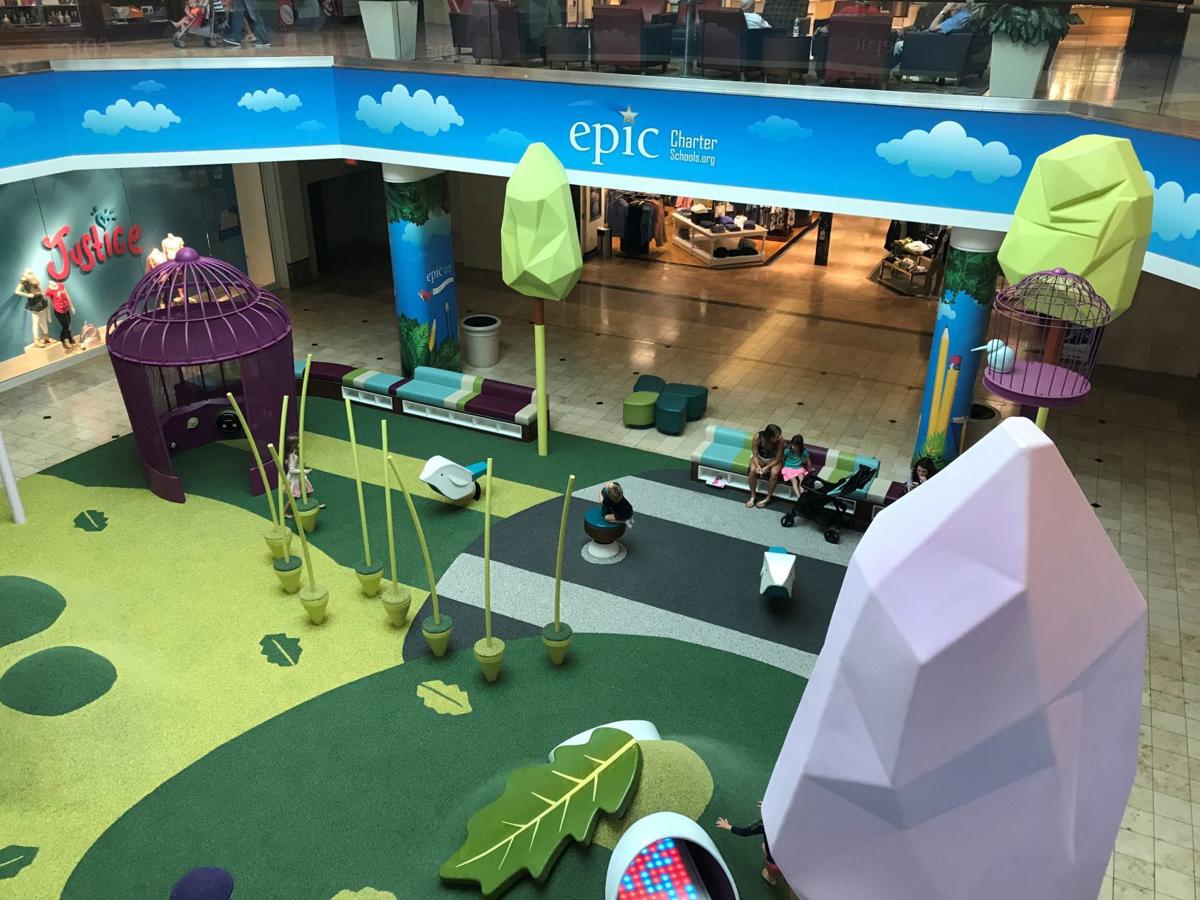 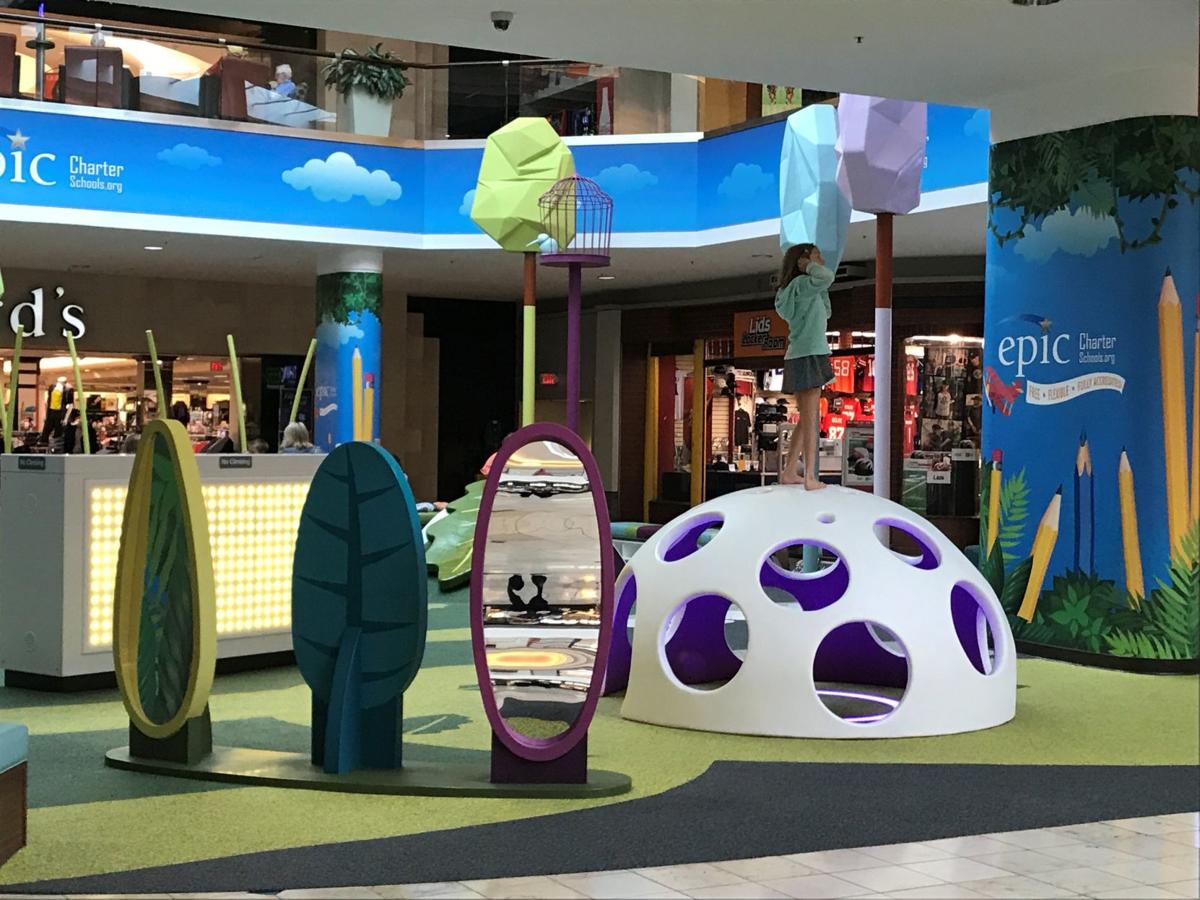 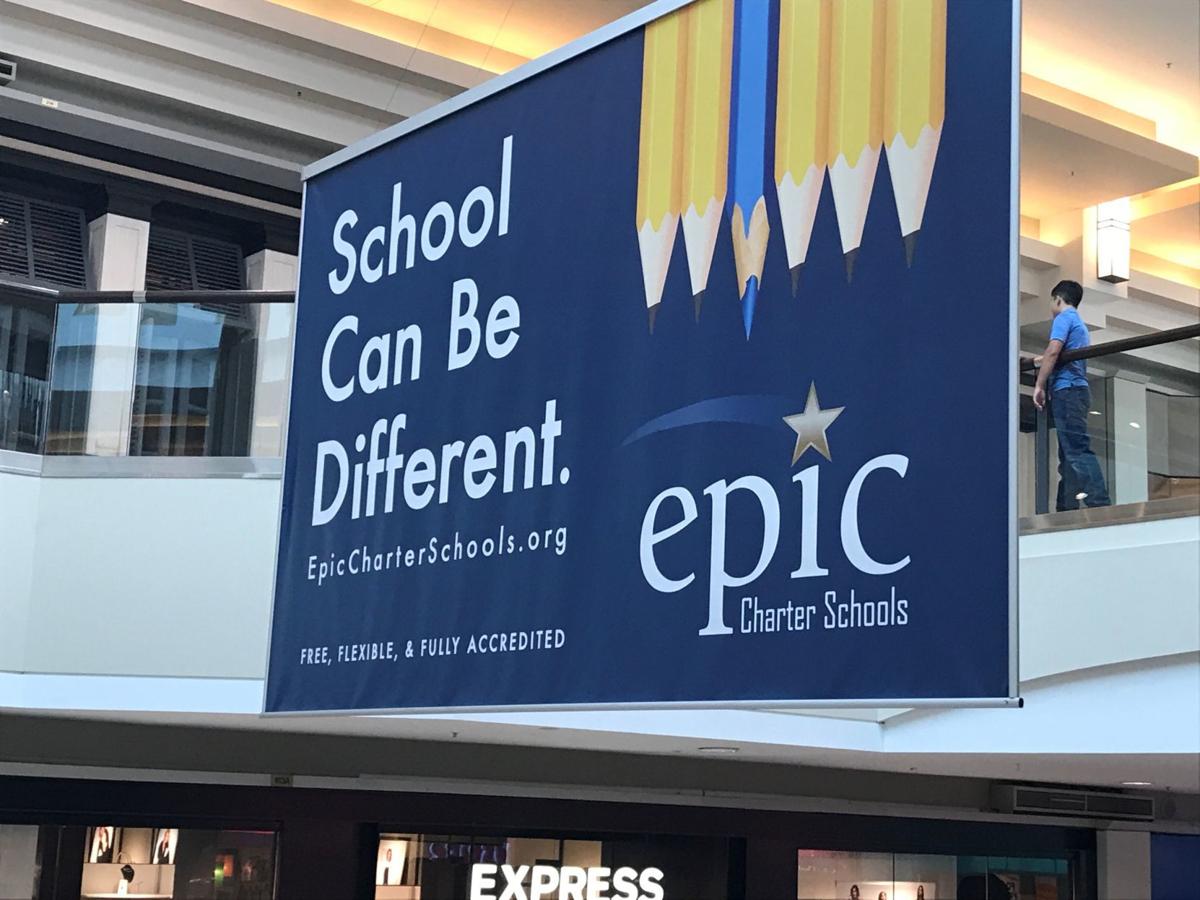 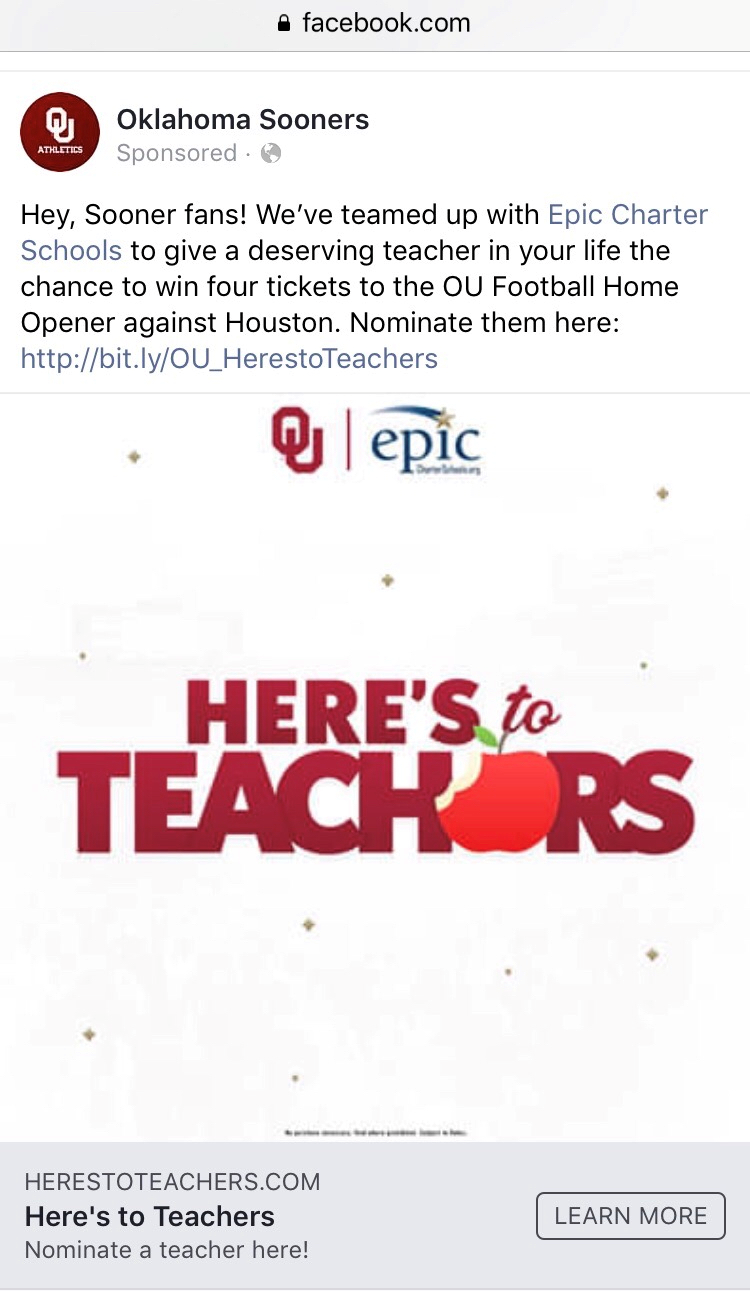 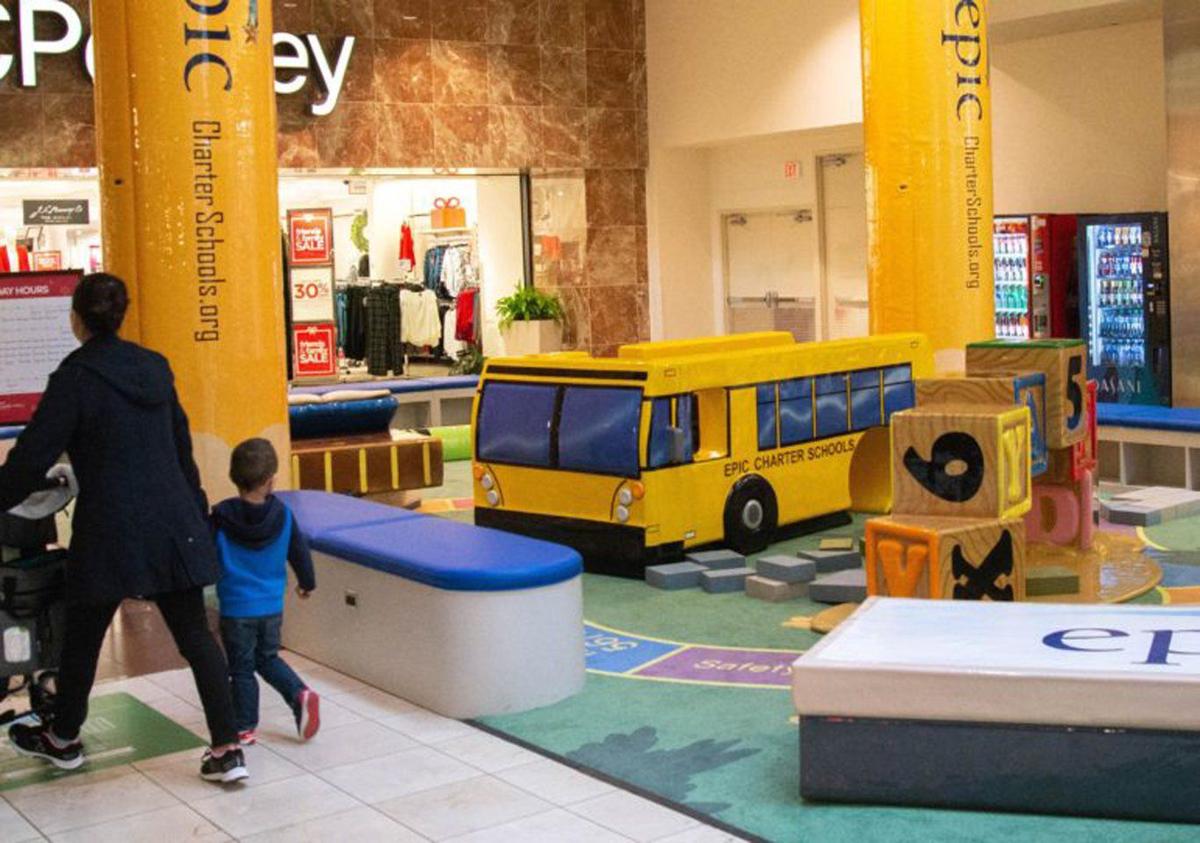 Turn on the television or radio, get online or even go to a shopping mall and you’re likely to see ads and promotions for the state’s largest virtual school, Epic Charter Schools.

How much is this back-to-school advertising blitz costing? Nearly $2.5 million.

And sponsoring children’s play areas inside Tulsa’s Woodland Hills Mall and Oklahoma City’s Penn Square Mall through multiyear leases with the malls’ owner adds up to $105,000 in costs per year.

Advertising and marketing efforts to children, parents and potential new hires has persisted even amid new public revelations about the Oklahoma State Bureau of Investigation’s probe into allegations of embezzlement, obtaining money by false pretenses, racketeering and forgery at Epic.

A full spending breakdown on Epic’s advertising and marketing by outlet was requested, but school officials said one wasn’t immediately available.

Epic is using its public funds from two fiscal years and a third-party “media buyer” to spend $2.4 million over 12 weeks to promote the state’s largest virtual school on TV, radio and social media, a school spokeswoman said.

That includes $1.58 million designated solely for television ads and an Epic-sponsored football ticket promotion with the University of Oklahoma that circulated on social media called “Here’s to Teachers.”

In addition to the $2.4 million media buy, $72,600 is budgeted for sponsored content in print outlets, including “sponsored features” on the Tulsa World’s website and “BrandInsight” pieces in The Oklahoman, according to Epic. Sponsored content, which is also commonly referred to as advertorial content, is written and paid for by the advertiser in a format that matches the form and function of the publication.

“Our growth happened quickly and without any advertising, so our television commercials were created to counter misinformation and highlight our values. We believe students and families should have access to whatever learning environment works best for them, so our ads highlight nontraditional students and the ways we serve them,” said Shelly Hickman, assistant superintendent at Epic.

According to school officials, Epic did not pay for the costs of construction but instead struck a five-year deal with Simon Malls to pay a $5,000 per month lease.

The lease amount Epic pays for an Epic-branded indoor play area at Oklahoma City’s Penn Square is $3,750 per month.

An Epic spokeswoman said the school anticipates that the play areas will feature educational programming such as story time, science demonstrations, and art and math programs hosted by Epic faculty members along with museums and other nonprofits.

“Our playgrounds are available for student use and academic programming through community partners. Because they are indoors, those playgrounds are also available year-round for public use, and if you visit them any day of the week, you’ll find children and families enjoying the space,” Hickman said.

State Superintendent Joy Hofmeister has explained that the state’s cost accounting system for all public schools includes a category through which schools can report advertising budgets, but she’s been critical of Epic’s level of spending.

She even raised the possibility of new legislation to make it unlawful.

“I don’t like seeing dollars used in advertising to recruit new students and grow exponentially when school performance isn’t as successful for all kids that are in that school. But is that unlawful? Does that need to change? Perhaps,” Hofmeister told reporters after a state board of education meeting on July 25. “I find it a clash with the for-profit model and the public service model, in this instance.”

A recent analysis of 2019 state test results found that Epic Charter Schools trailed statewide averages on all 14 state tests for students in grades three to eight and posted proficiency rates on four of those tests on par with or even lower than the perennially low Tulsa and Oklahoma City inner-city districts.

Epic has reported staggering student enrollment growth since it expanded in 2017-18 with two new “blended learning” centers in Tulsa and Oklahoma City, that blend online and in-person instruction.

And as the Tulsa World previously reported, the Federal Bureau of Investigation and the U.S. Department of Education’s law enforcement arm have also been probing Epic Charter Schools’ student enrollment practices and finances for the past several years.