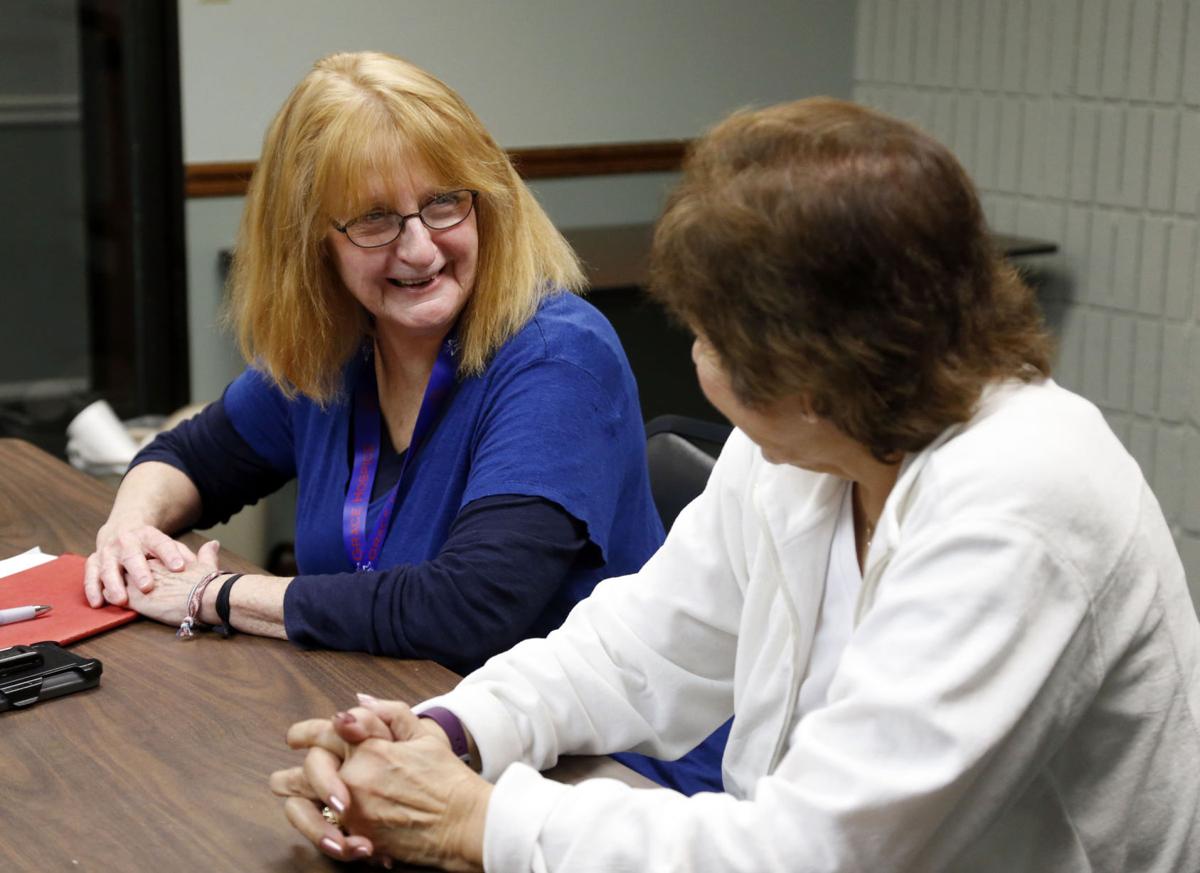 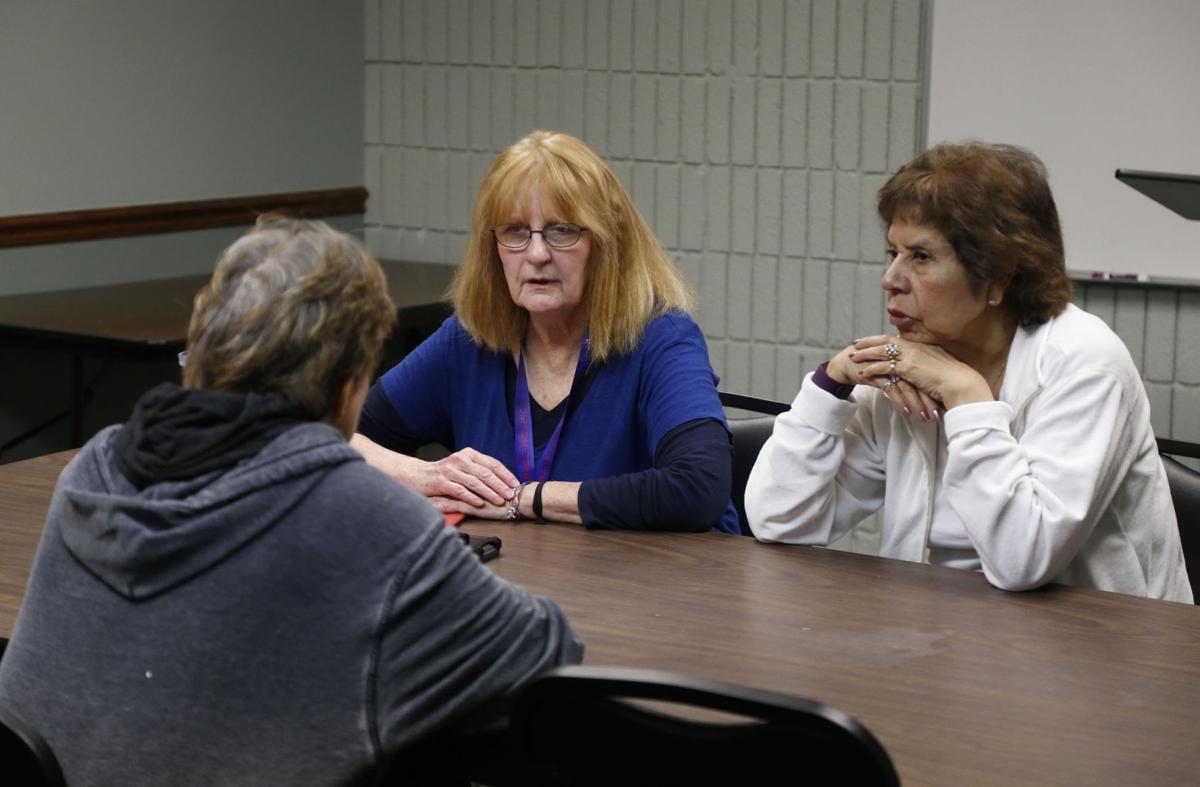 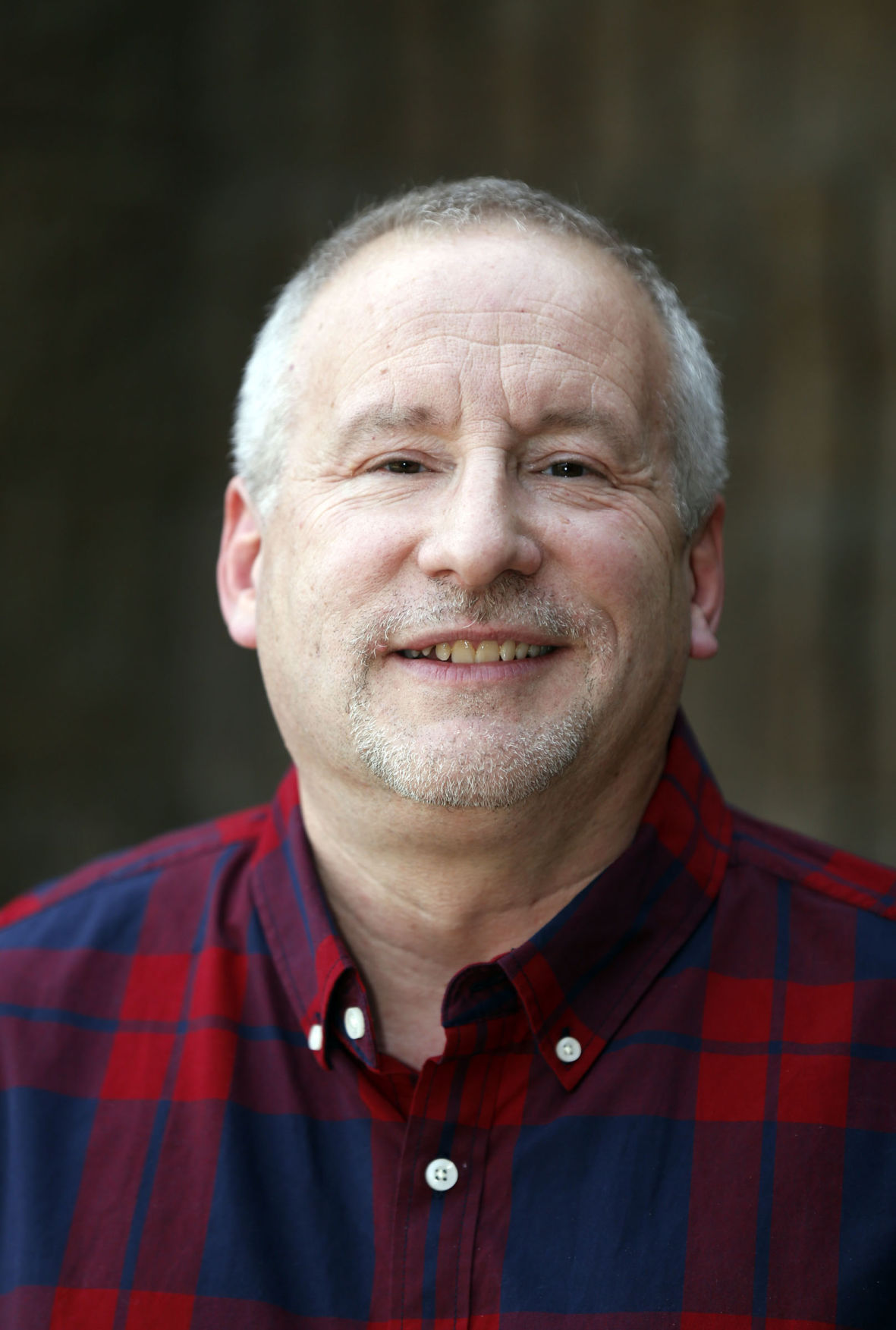 After retiring and moving to Tulsa, Carole Pistole knew she needed something to help her deal with some emotions.

Pistole, 74, had lost her parents, brother, sister and went through a divorce. Some days — even seasons — are tougher than others.

After hearing about the free group sessions on how to cope with grief offered by Grace Hospice, she decided to give it a chance.

Pistole had been a faculty member at Purdue University teaching counseling psychology. She understood the stages of grief and how triggers worked. Still, she couldn’t work through it all alone.

“I believe in this. I didn’t realize it until I went to the program and found out how group (sessions) can be extraordinarily useful. And sometimes it’s better to talk to strangers.”

With the kickoff of holiday season, many people are in celebratory mood — not everyone, though.

With some empty places at the table from loved ones who have died, it can be difficult. Whether it was a few weeks ago or a few decades, loss is loss.

There are no rules to grieving. These timelines are irrelevant, says Ken Bachelor, chaplain supervisor and bereavement coordinator for Grace Hospice.

“We are never over our grief,” Bachelor said. “When it’s a significant, deep loss, it’s just the reality — we learn to live with the grief and learn to cope with it. But there is going to be occasions where we miss them and there will be a sorrow.”

Grace Hospice has a year-round bereavement program but noticed about 14 years ago that people needed something extra during the holidays.

“It had to do with people asking, and we began to realize there is a real desire and need for this on a larger scale in the community than we fully appreciated,” Bachelor said.

“Some folks approach grief like the flu: They are going to get over it quickly, get on with life and be done with it. When it doesn’t work out that way, especially if it’s a deep loss, they are very perplexed and think something’s wrong.

“They are concerned about why they are not getting over this. A lot of education is involved to understand all this is a very normal reaction. They are relieved but are surprised.”

“Our culture that we live in today is not necessarily open, focused and appreciating of what grieving really is, what it’s about and how the processes tend to work,” Bachelor said.

“A lot of folks have very limited knowledge. And people are really unprepared — maybe more now than ever in our culture today — for what it’s going to mean for them. I think that’s where the demand has increased over time.”

Sometimes, the talk centers on the practical, such as how to handle a tradition that involved the deceased loved one. Or others give ideas on how to memorialize or honor those who have passed.

“Holidays have so many associations and so many reminders constantly — decorations, music — people get hit suddenly by unseen, unexpected associations and reminders, and often the emotions can be pretty eruptive when that happens,” Bachelor said. “People don’t realize that is normal.

“The yuletide season ... is much more complex. You have a culture going into celebration mood, (while grieving people) are going into a sense of dread. People have a lot of mixed emotions.”

The group’s size has ranged between eight and 25 in past years, with participants as young as 20 and into their 90s. The basic principles of grief transcend age, Bachelor said.

Some people may try and go it alone. But reading tips and going solo isn’t always the healthiest approach.

“Grieving is a real energy absorber. It’s hard to have and maintain energy for oneself,” Bachelor said. “Power of group and belonging is accountability. Alone, they may be able to do a little bit. But to be consistent and follow through ... sometimes the power of the group and support to come back is what is likely needed.”

Free to the public

Can attend as many sessions as needed

Coping with grief during the holidays

• Accept feelings of grief and ask for help.

• Discuss how to handle family traditions and consider starting a new tradition.

• Don’t try to do everything the same old way. For example, it isn’t necessary to do all the cooking and decorating.

• It’s fine to say no to invitations, but isolation is a negative situation.

• Consider continuing a tradition in memory of a loved one.