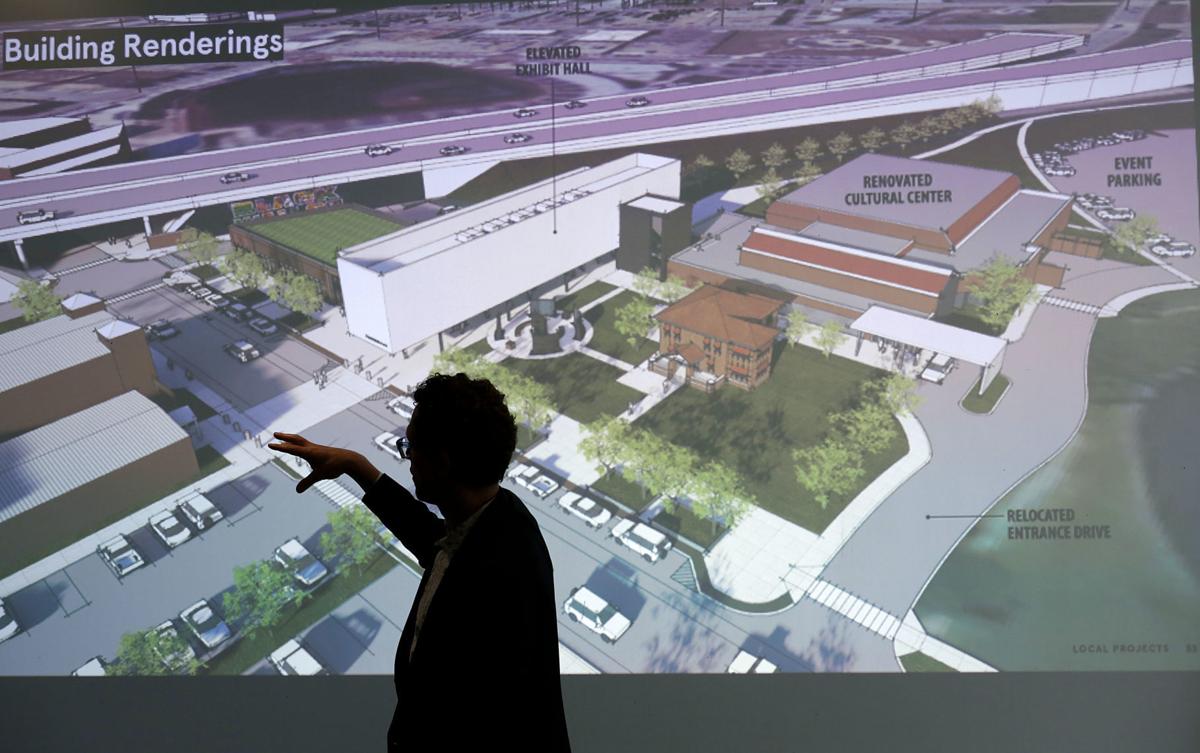 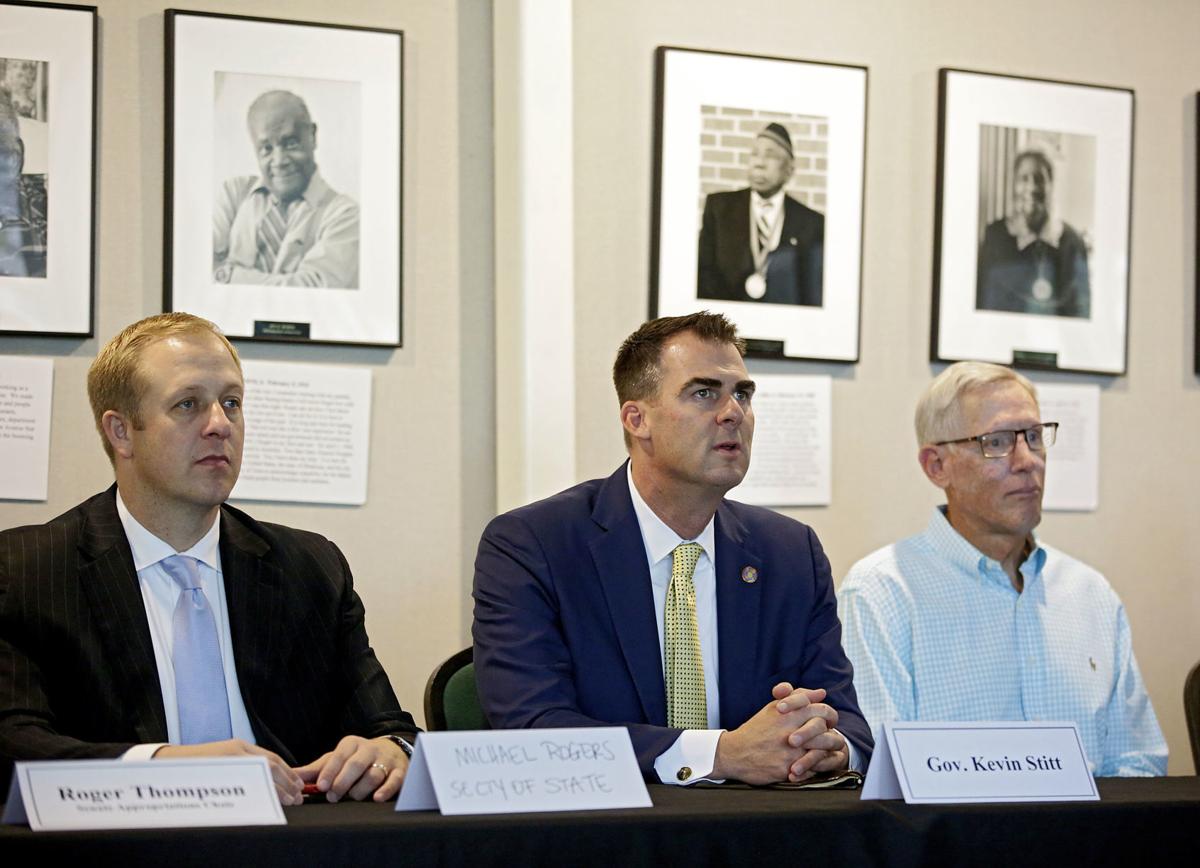 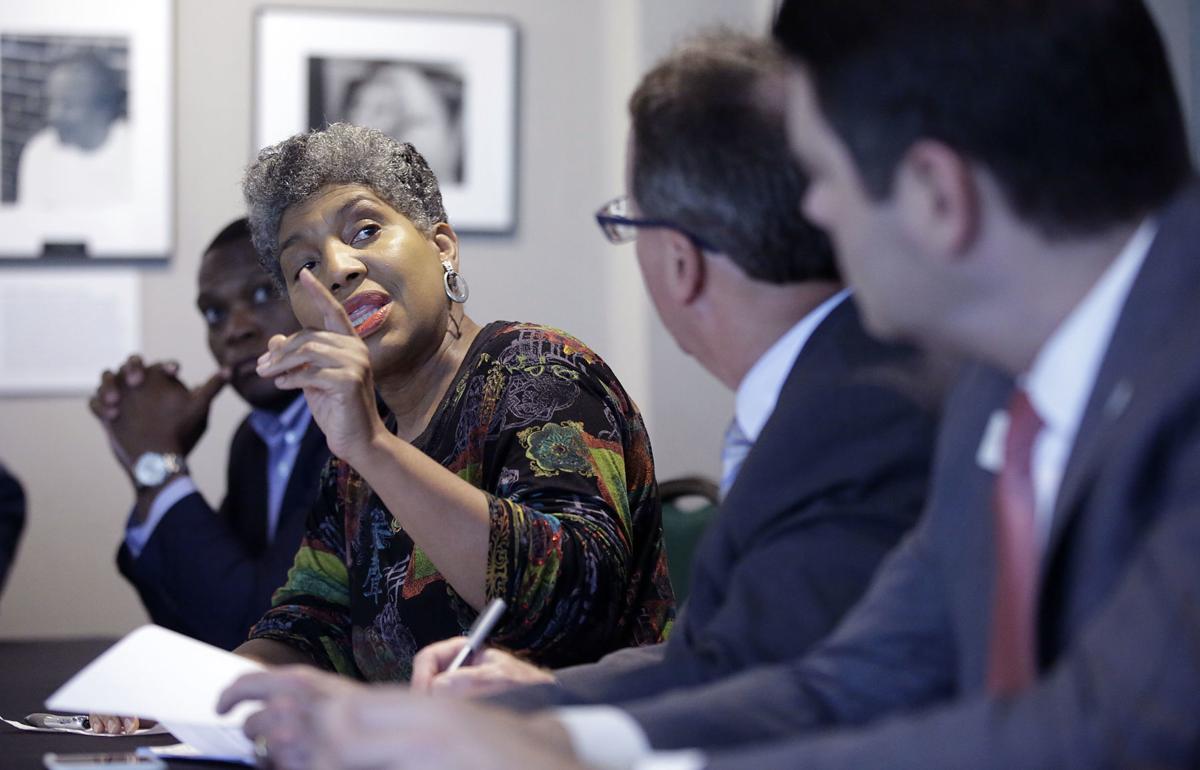 State Rep. Regina Goodwin speaks during a presentation of plans for a proposed Greenwood History Center on Friday. 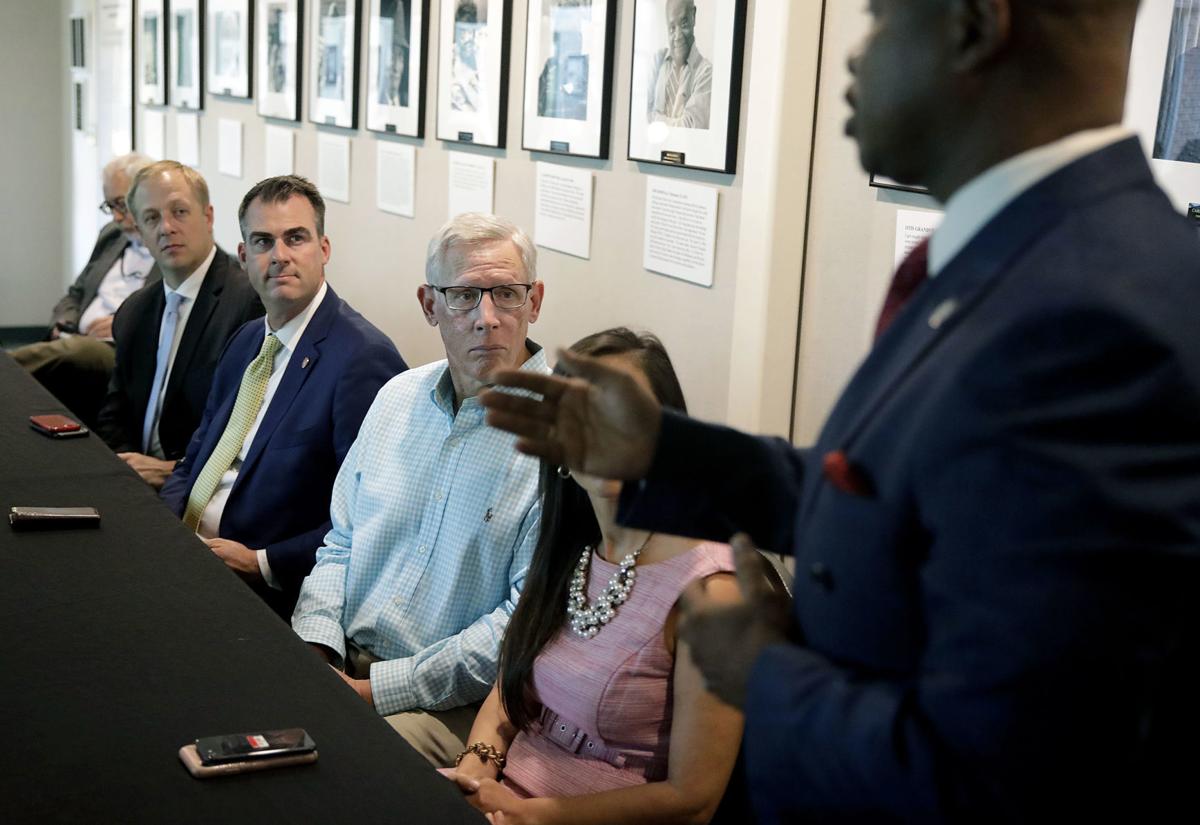 State Rep. Regina Goodwin speaks during a presentation of plans for a proposed Greenwood History Center on Friday.

“This is a story that’s important to tell,” Stitt said, “to make sure we don’t repeat history.”

The entire project consists of three main components: The Pathway to Hope, linking Vernon AME Church and the Greenwood Center complex with the John Hope Franklin Reconciliation Park; a $5.3 million renovation of the Greenwood Cultural Center; and the museum, tentatively budgeted for around $18 million.

On Friday, though, Stitt was primarily interested in the museum, which will be committed to the life of Tulsa’s historic Greenwood District.

Central to that is the 1921 Race Massacre, resulting in Greenwood’s destruction. In the past, officeholders have been reluctant to address the issue, but Stitt said he has a responsibility to do so.

Besides, Stitt added, the state has appropriated $1.5 million for the project, which gives him some oversight responsibility.

Stitt got something of a preview earlier this week when he visited the September 11 museum in New York. That museum’s exhibits were designed by Local Projects, the same firm designing the Greenwood museum.

“They did a great job there and I know they’ll be great to kind of roll out the history of what happened 100 years ago here in Tulsa,” Stitt said.

Stitt said he particularly appreciated elements of the proposal that highlight Greenwood entrepreneurs and the rebuilding of the devastated district after the 1921 massacre.

Jake Barton and L’Rai Arthur-Mensah made four presentations to a variety of audiences Thursday and Friday. Their primary purpose was gathering feedback, which Arthur-Mensah said was favorable.

“All of the feedback from the community meeting (Thursday night) was very positive,” said Arthur-Mensah, the project manager. “We had great engagement about the content, which is exactly what we wanted.”

One of the designers’ challenges is space. That’s almost always the case with museums, but at 7,000 square feet the Greenwood Museum is a little on the small side for the scope of the story it is trying to tell.

“We connect to stories and projects that are going to be important to telling the truth,” she said.

Planners hope to begin construction in early January and complete the museum shortly before the centennial of the race massacre in late spring 2021.