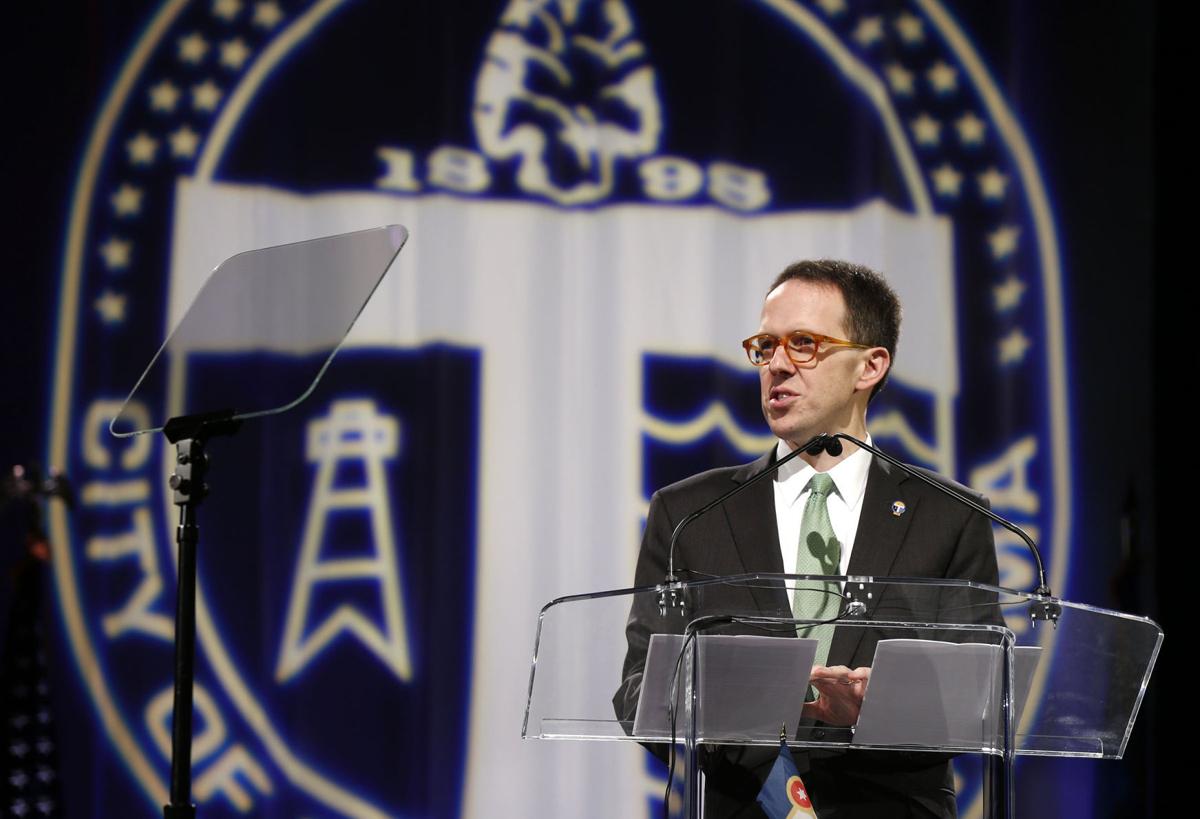 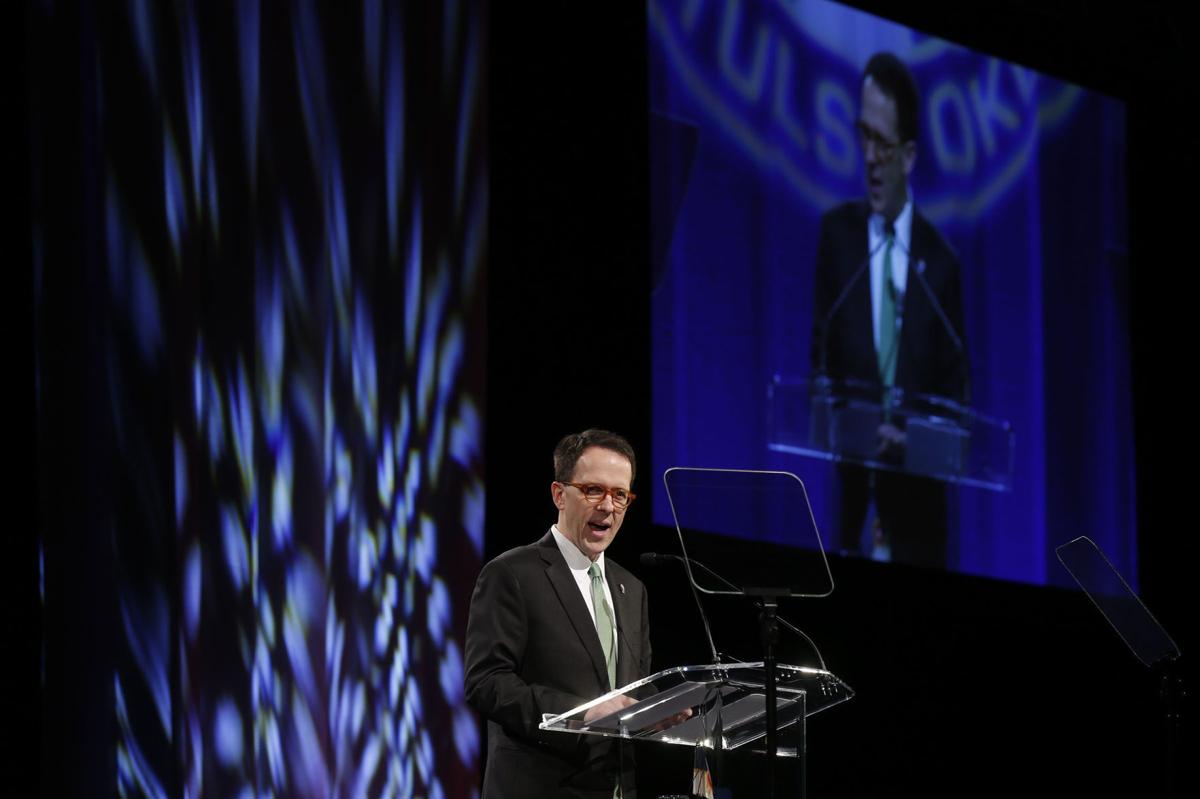 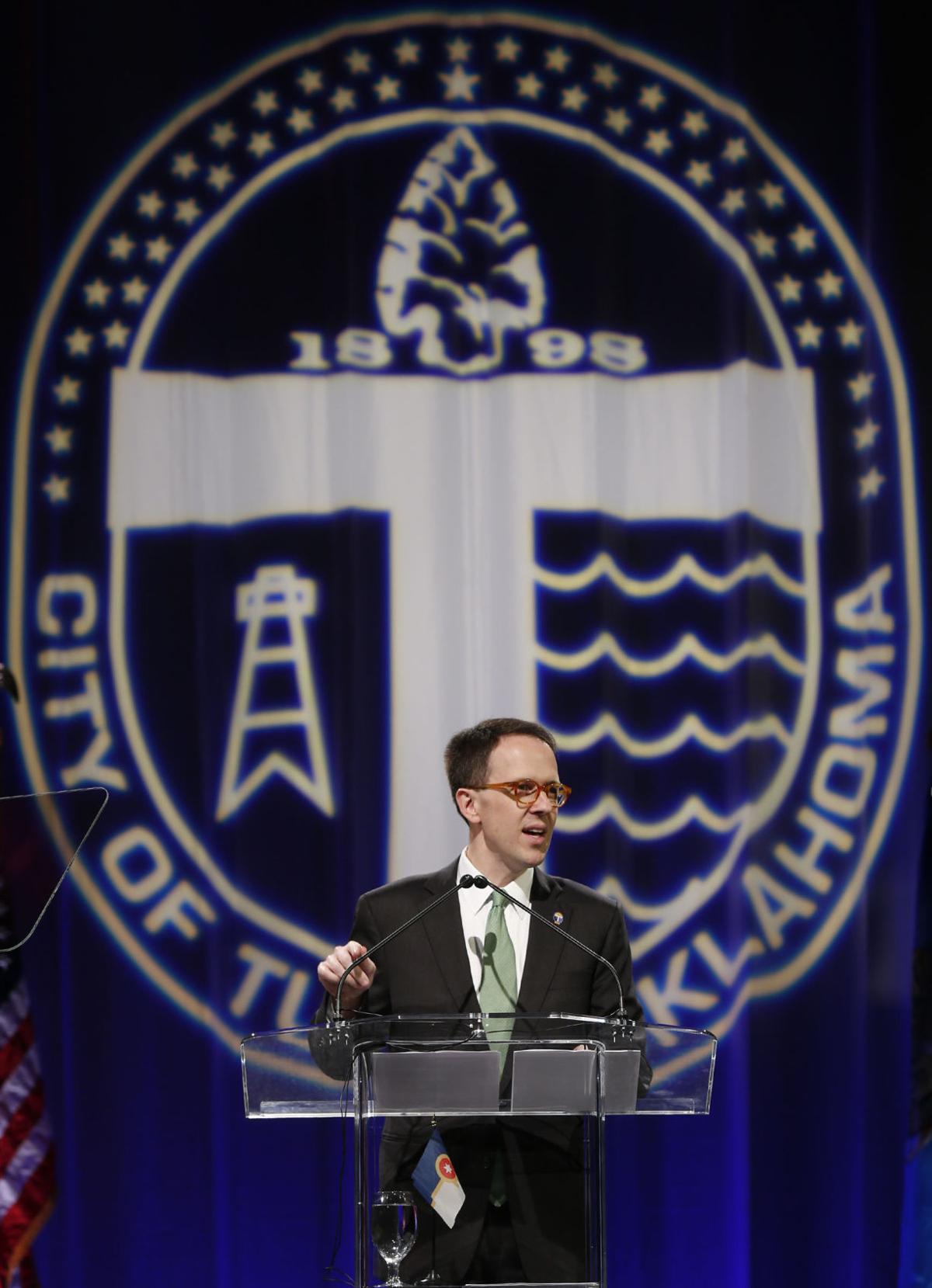 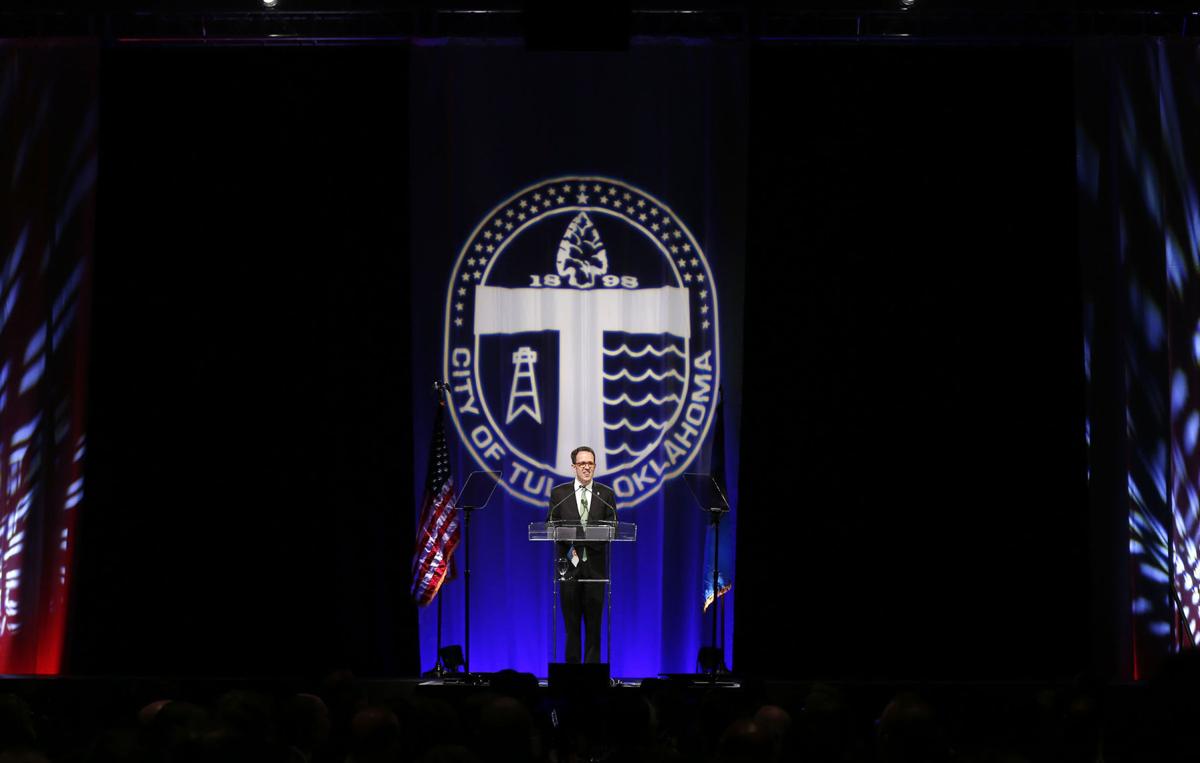 Mayor G.T. Bynum is having the time of his life, and why not? By his telling, the city is in the midst of a wave of transformation from a mid-size metropolis that once squabbled with its neighbors over outlet malls to a player on the global stage.

“Part of being globally competitive is a shift in our mindset — that we recognize our competitors around the world, but also our collaborators here at home,” the mayor said during Thursday’s State of the City address.

Bynum outlined what his administration has focused on to become globally competitive: creating equal opportunities for all Tulsans, improving public safety and developing the “built environment.”

“Right now, on this day, in this era, we are building the city we want for us and for those who come after us,” he said.

With $300 million in downtown projects scheduled to begin construction in the next 12 months, the city’s core “continues to grow at an unprecedented pace,” Bynum said.

The mayor highlighted other numbers he said speak to the city’s resurgence, noting a 30 percent decrease in homicides over last year and a recent study by the U.S. Treasury’s Office of the Comptroller of the Currency that found Tulsa’s job growth has outpaced not only the state’s but the country’s.

“In 2018, we landed the two largest new employers to ever come to Tulsa in the entire history of our city,” he said, referring to the Amazon distribution center, and Greenheck, a ventilation system manufacturer.

In 2019, infrastructure, education and development will be the city’s priorities.

Speaking at the Cox Business Center, Bynum said he and the City Council will work to put together an estimated $500 million renewal of the Improve Our Tulsa capital improvements package.

“This is the city’s basic infrastructure program,” he said.

Although the city has made major strides in improving its roads, Bynum said, “the reality is that our streets are still a long way from something we can be proud of.”

The mayor’s second initiative is to have a communitywide discussion to come up with a plan for how Tulsans can improve their education system, from kindergarten through college, rather than wait for someone else to come up with a solution.

Local education leaders, area elected officials and Tulsa residents will be invited to be part of the dialogue.

“We must find a way to put ourselves in a position to act and to establish the best educational system that we can,” Bynum said.

For his third initiative, Bynum will attempt to tackle one of the city’s longest-festering but less known problems: long waits for building plans to be reviewed and construction permits issued.

“Understaffing in this space means longer wait times for those who are trying to invest in our city,” he said.

Bynum, 41, was elected in 2016, running a campaign that focused on uniting the city and eschewed partisan politics. It’s an approach he has pursued ever since, drawing national attention for his nonpartisan leadership.

And so, that is how he ended his speech Thursday, reminding the audience that Tulsa’s success is the result of people pulling together across party lines.

State of the City highlights

State of the City highlights

Improve Our Tulsa renewal: Work with city councilors to put together a renewal of the city’s Improve Our Tulsa capital improvements package. The program is expected to raise about $500 million, most of which would go to improve city streets. Funds would also be spent to replace or fix other infrastructure, including park buildings and public safety vehicles.

Expedite Plan Review Process: The city will hire five plan reviewers, add self-certification and third-party plan review options, and modernize its internal systems with the goal of drastically reducing how long it takes to do initial plan reviews.