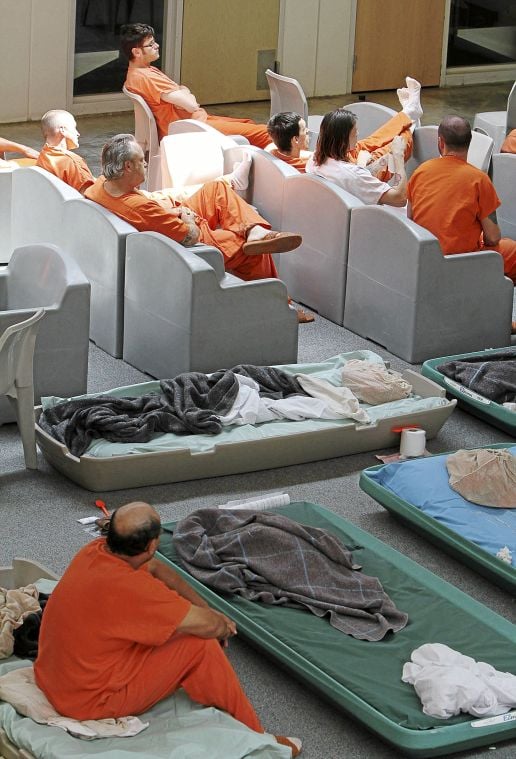 Inmates watch television from chairs and cots inside one of the male pods at the David L. Moss Criminal Justice Center. JAMES GIBBARD/Tulsa World 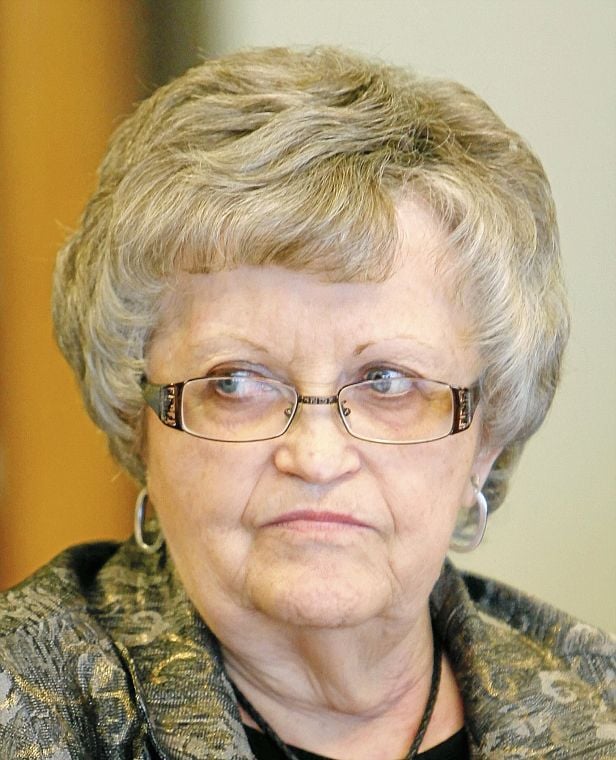 Inmates are shown inside one of the male pods at the David L. Moss Criminal Justice Center in Tulsa. JAMES GIBBARD/Tulsa World

Correction: A Wednesday Tulsa World story omitted the number of municipal inmates that prompts a rate increase for the city at the Tulsa Jail. The city of Tulsa pays $45 a day to hold its inmates. When the daily municipal inmate count exceeds 35, the rate increases to $54.13 for each additional person. This story has been corrected.

The daily cost to hold an inmate in the Tulsa Jail is more than $51.90, according to a draft analysis issued last week.

Tulsa County officials and the report's author, MGT of America Inc. of Wichita, Kan., cautioned that the daily cost figure is based on incomplete data and will be higher when the final report is issued early next year.

"It is our plan to complete another draft," said Brooke Brandenburg, with MGT. "There are a lot of expenses that weren't included in this version. Once those items are added, the rate will increase.

"Based on other facilities that we have done work for  and we have done most of the larger county jails in Kansas  this preliminary rate is very low compared to what the final rate will be."

County Purchasing Director Linda Dorrell said she has identified several expenses that were excluded from the initial calculation. They include more than $1.9 million for court services and approximately $200,000 for insurance and the city's downtown assessment fee.

The Sheriff's Office, which operates the jail, is also working on a list of excluded costs.

County officials plan to meet with MGT this month to provide the additional data, which will be used to complete a second draft report.

"Then we'll review that and once everyone agrees that everything is included and there is a final version, then that is what we will present to the (Tulsa County) Criminal Justice Authority," Dorrell said.

The Tulsa Jail task force in June recommended that the cost analysis be done to help answer a long-simmering question: How much does it cost to hold an inmate in the Tulsa Jail?

The Sheriff's Office has for years argued that the $27 a day it receives from the state Department of Corrections to hold inmates doesn't come close to covering its costs.

It has made the same argument to the city of Tulsa, which pays the authority $45 a day to hold its inmates. When the daily municipal inmate count exceeds 35, the rate increases to $54.13 for each additional person.

The Sheriff's Office has recommended that the city pay $59 per inmate per day and that it be responsible for inmates arrested on open state complaints until official charges have been filed.

The U.S. Marshals Service pays the Sheriff's Office $59 per day per inmate to hold its inmates. The U.S Immigration and Customs Enforcement pays $54.13.

The Tulsa Jail task force, which included Mayor Dewey Bartlett, Police Chief Chuck Jordan, Undersheriff Tim Albin and others, was convened by the Criminal Justice Authority to look for ways to ensure the long-term financial viability of the jail amid an overcrowding crisis.

One of the task force's recommendations was that the cost analysis be done before the city and county sit down to negotiate a new jail contract. The current agreement expires June 30.

The Tulsa Jail holds inmates for local, state and federal agencies. Below is a list of the per-day rate paid by each agency.

$45 City of Tulsa (when the daily municipal inmate count exceeds that number, the rate increases to $54.13 for each additional person)