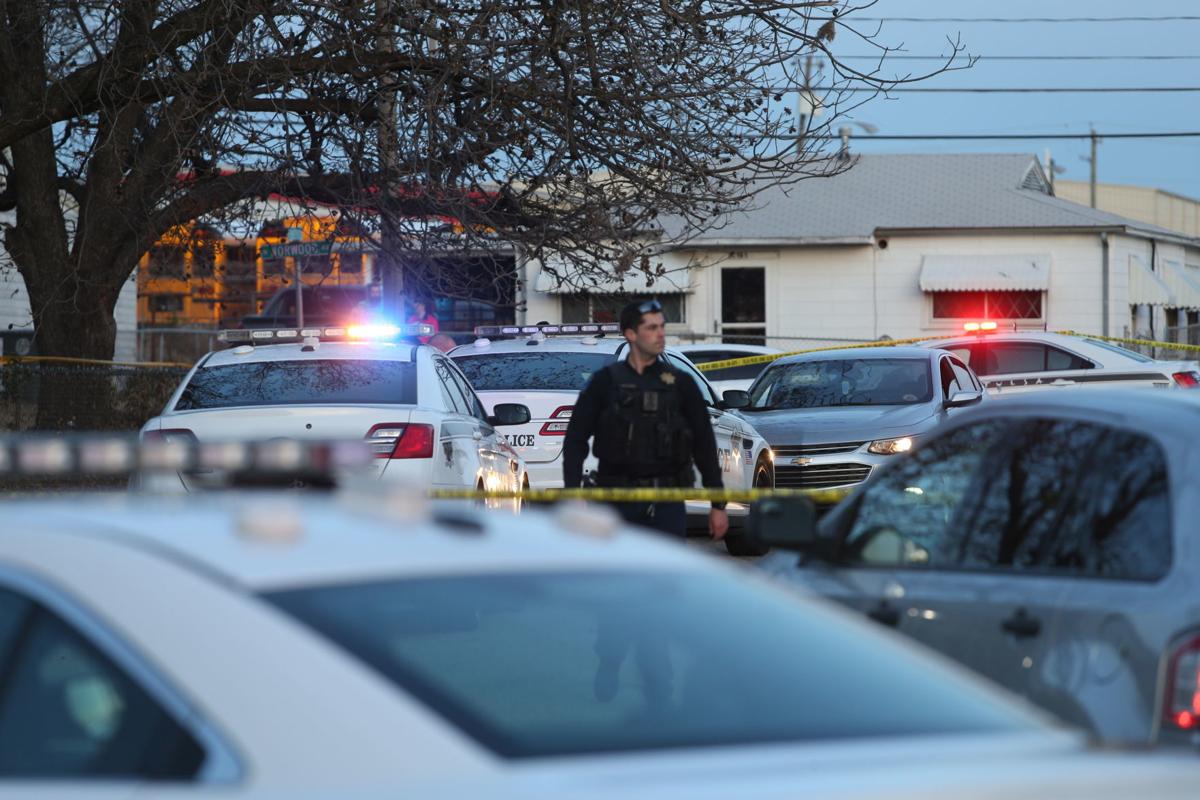 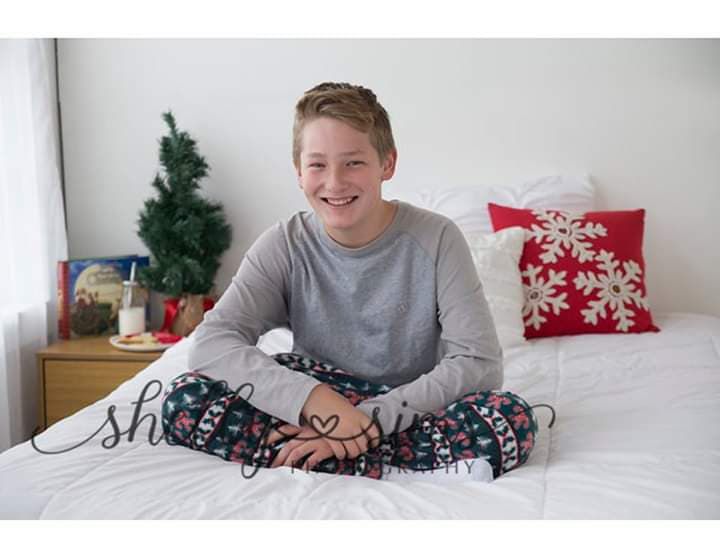 Eric DeGori could always tell when someone needed a smile, his mother said. He was 15 when he died. Courtesy 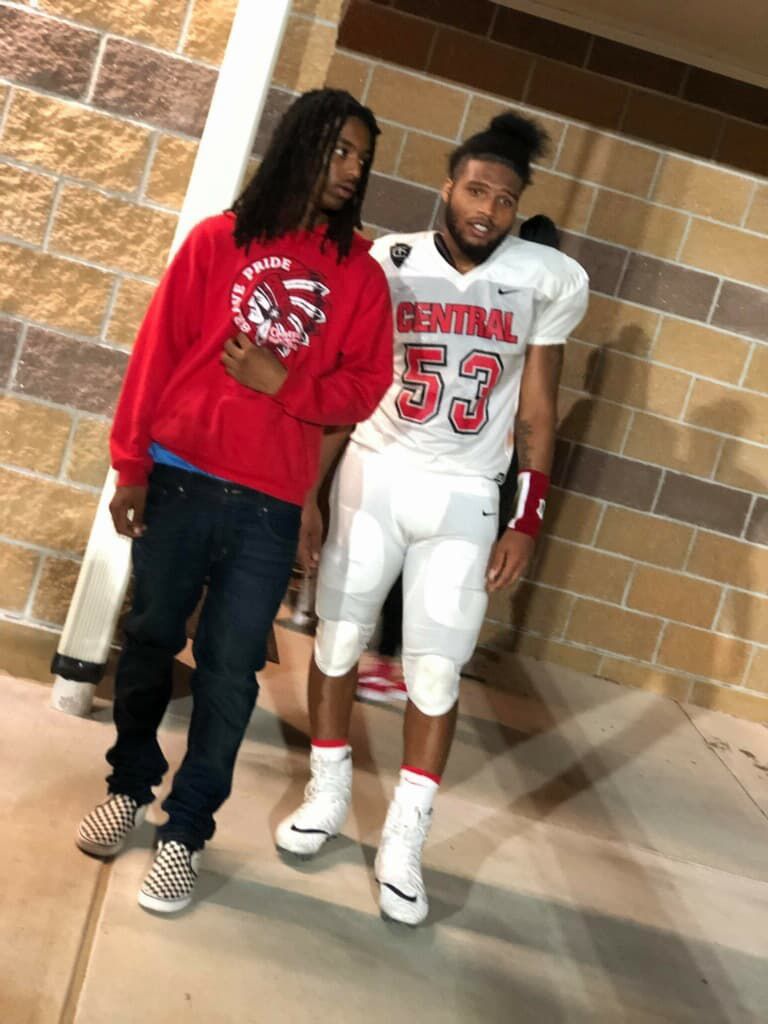 Eric DeGori could always tell when someone needed a smile, his mother said. He was 15 when he died. Courtesy

Homicide investigations are nothing new to the average police officer, but for the supervisor of the Tulsa Police Department’s Homicide Unit, one aspect of the city’s 62 killings in 2019 has left him in shock.

Christan Jones was killed over a bicycle; Xzavion Chatman over an alleged debt; T’Challa Davis over an argument with a stranger.

About 27 of last year’s victims — a little less than half of those killed — were killed in some type of argument, he said.

Statistically, the year was strikingly average in the context of the past decade. Besides some percentage points here or there, the total number of victims, as well as the ratios of male to female (85%-15%), black to white (50%-40%) and juvenile to adult (10%-90%) remained about the same. And as is typical, many of the victims were living what most would consider a high-risk lifestyle.

With more than 400,000 people living in or moving about Tulsa at any given time, the loss of 62 to homicide could seem relatively acceptable. But for the family members, friends and acquaintances of those who died, life will never be the same.

The department’s homicide case clearance rate remained over 90% for the year, with arrests made or resolutions reached in about 97% of the cases. Watkins attributes the success to teamwork across the department, with units such as Fugitive Warrants, Crime Gun, Gang and more playing a role to help facilitate arrests.

But if Tulsans want to see less violence in 2020, Watkins said everyone needs to play a part.

“I’d love for my job to be obsolete,” he said. “Start by just being nicer to each other, … not being offended by (everything). … It’s pointless.

“Brush things off; don’t take offense; and be kind. That should knock down quite a few of them.”

The Tulsa World is launching an ongoing project dedicated to remembering the lives of homicide victims.

Our reporters have attempted to reach those close to victims in an effort to bring their humanity to light in our heartbreaking reality and will continue to do so in the coming years to the best of their ability.

Some of their stories are featured below.

Case: Prosecutors say Eric was shot by his friend, Chance Edens, in south Tulsa on Jan. 5 while the two were playing with a rifle. A first-degree manslaughter charge against Edens was transferred to juvenile court, and though records are sealed, Eric’s parents say proceedings continued in December.

Eric was “his own unique self,” his mother, Jean Jones, said.

A sociable high school sophomore who loved soccer, Batman comic books and vintage items, Eric was quite the jokester, and Jones isn’t afraid to say he got in trouble from time to time.

“He wasn’t the perfect kid, but if you needed something or someone to be there, he was there for you,” she said.

Eric could always tell when someone needed a smile, and Jones said he acted as a sounding board for many of his friends. Since her son’s death, Jones has learned from at least 10 of his friends that he helped them decide against taking their own lives.

He was also giving. Jones said she remembers several times when he came home without shoes because he had given them to someone in need.

“There were times it was literally within the same week that we bought him the pair of sneakers that were gone,” she said.

He had two older and two younger siblings, and Jones described him and his younger brother as “two peas in a pod.”

Eric was the toddler who brought her roly-polies to put in her pockets at the park, the boy who was always needing a cage to hold whatever creature he got his hands on, and the teen who took apart electronics just to see how they worked.

Since his death, Jones said she has heard from countless people about the impact he had on their lives. A neighbor even put a letter in her mailbox, writing about how Eric had helped her children take care of a duck that had been hurt at a nearby pond.

“He loved animals,” Jones said. “I always thought he’d have a farm. He even brought a turtle home once. I had no clue where he found it. It ended up living with us for about six months, and then he took it on a trip with us. He snuck it in the car, and we didn’t know about it.”

The trip was to New Jersey, and a younger Eric didn’t take into account the effect the climate change might have on the hidden turtle. It was freezing there, Jones said.

“It was the whole, ‘Mom, it’s not moving. Why is it not moving?” Jones laughed.

Case: Prosecutors say Hall was shot during a gun trade in north Tulsa on Nov. 16 when an acquaintance, Phillip Moment Jr., tried to rob the other party involved. That person shot Hall and Moment, killing Hall. Moment was charged with first-degree felony murder and has pleaded not guilty. His court proceedings are ongoing.

The Central High School football lineman had just turned 18 two months before he was killed, leaving empty the father-figure role he had stepped into for his four younger siblings.

Montaevion, or “Tae,” was Hall’s best friend, for the two “literally grew up together,” she said. She had him when she was 18, and she carried him across the stage at her high school graduation, she said.

“My goal was to watch my 18-year-old walk across the stage by himself,” she said.

He had hopes of playing football for Oklahoma State University and earn a degree that would allow him to illustrate cartoons or video games, Hall said. He loved to draw and make clay models, mostly featuring horses, people and houses, she said.

“If he saw your face, he could leave and come back with a replica.” she said. “It’d be spot on.”

He also loved to cook, and he would often volunteer to cook the family dinner, she said. He came from a long bloodline of chefs, and he could prepare anything from scratch and often experimented with new seasonings and ingredients, Hall said.

Tae would even cook for his dogs, Hall said. He had a special place in his heart for the family’s pit bulls and American bullies, and Hall said he would spoil them, tailoring meals in the winter to fatten them up for warmth.

Since his death, Hall has heard Tae described as a gentleman, respectful and polite.

“Everybody that knew him connected with him,” Hall said, emphasizing Montaevion’s natural leadership qualities. “He made them want to better themselves.”

Above all, he loved his family, Hall said. His siblings, who range in age from 8 to 16, said they’ll miss “everything” about Montaevion, and memories of him brought smiles to their faces.

Hall said Tae often walked one of his little sisters to school and rewarded her with a small gift, like chips or candy, if she behaved that day.

He called his siblings his babies, and he even helped name one.

Montaevion was especially invested in Hall’s unborn child because it was her first pregnancy that he was able to comprehend. He was amazed by her ultrasound pictures, she said.

If this new sibling was a boy, Montaevion was planning to teach him “all about football,” Hall said. And if it was a girl, he was going to take her to the mall, Hall said.

Case: Prosecutors say Martin was shot multiple times by her husband, Roger Martin, in east Tulsa on June 3. He was charged with first-degree murder and has pleaded not guilty. His court proceedings are ongoing.

Known as “Star” by friends and family, Starrinda Martin was as beautiful and unique as the butterflies she was so crazy about, family members said.

Mia Scott, Martin’s “little cousin,” said she was the type to open up her home to those in need.

“She was one of the most genuine people you could ever come across,” Scott said. “Her heart is just so pure.”

Martin let Scott stay with her and her family for a matter of months when Scott was struggling to get on her feet, and Martin didn’t even really know her then, she said.

He said he grew up fixing her hair in the morning before school while their mother was at work, and what side of the bed he woke up on often determined what kind of style she got, he laughed.

Martin also liked crafting, like her mother, Debra Burgess, and enjoyed gathering the family together.

Burgess said Martin loved her family, especially her late grandparents, Ida Bell and Douglas Ratliff, and she would often visit them with the kids to escape her husband.

She would do her nails or work on crafts while they were together, Burgess said, and she remembered that a mutual friend had recently given Martin a sewing machine. She said Martin was close to bursting out in tears upon receiving it.

“Really?” she recalled Martin’s saying. “I can have it?”

Julie Brown, Martin’s aunt, said she thinks Martin loved butterflies so much because they symbolized freedom. She used to call Martin “my butterfly,” and she said Martin’s young daughter picked out a butterfly necklace to remember her mom.

Brown said Martin took pride in her family and wanted to be the perfect mother and wife. She’d try to make time to give her two children experiences she didn’t have all the time as a child, such as visits to parks and museums, Brown said.

She wasn’t much of a cook, but she tried, and she often called Brown for help with recipes.