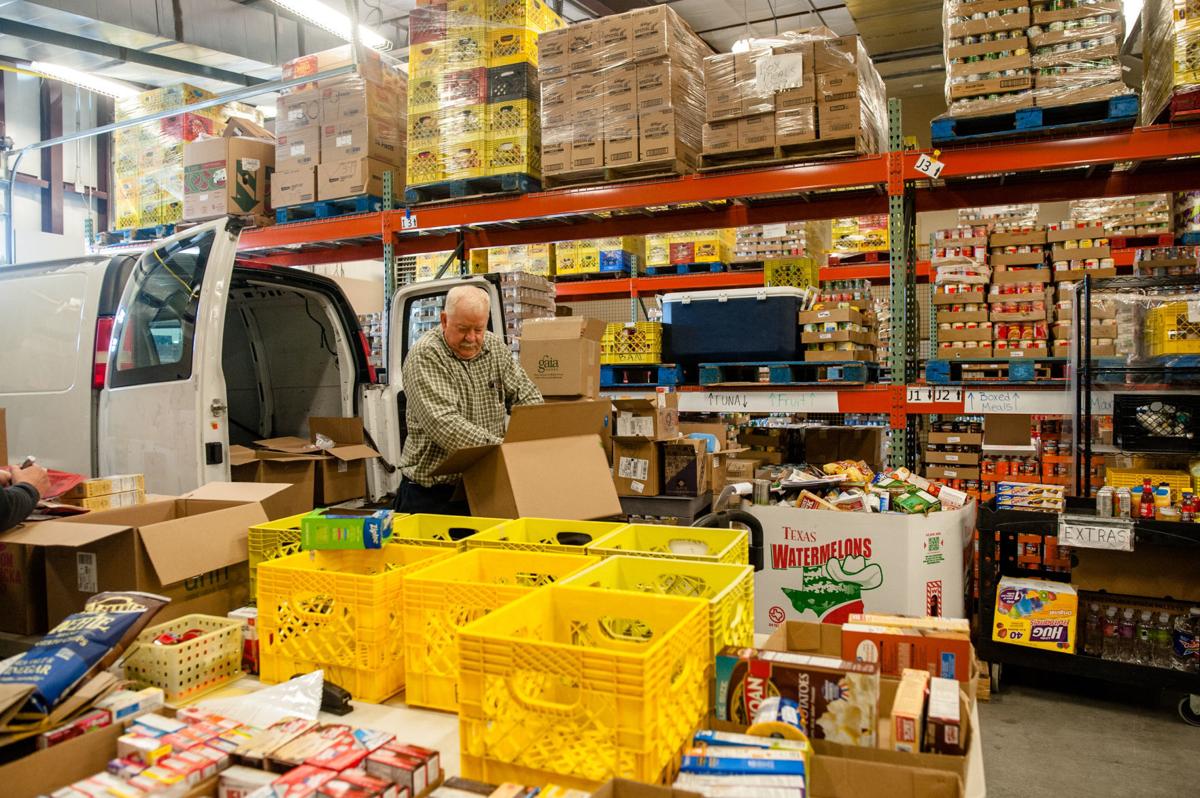 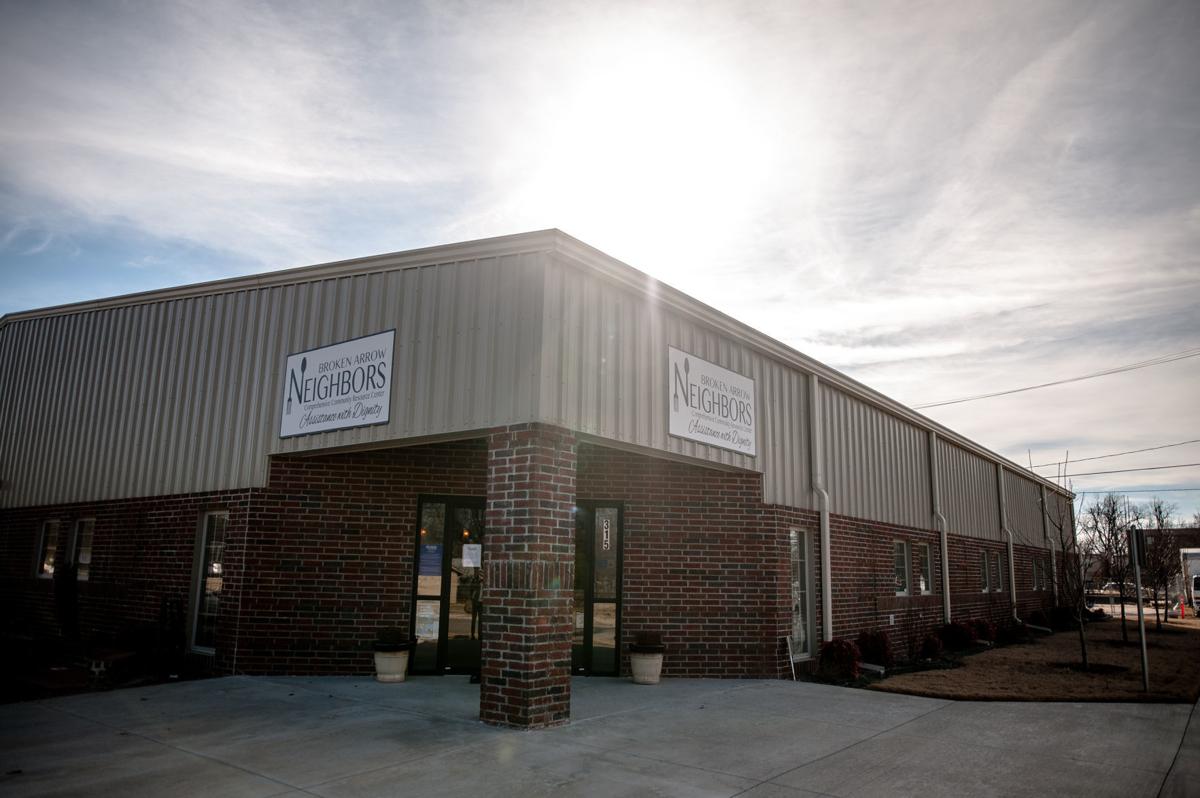 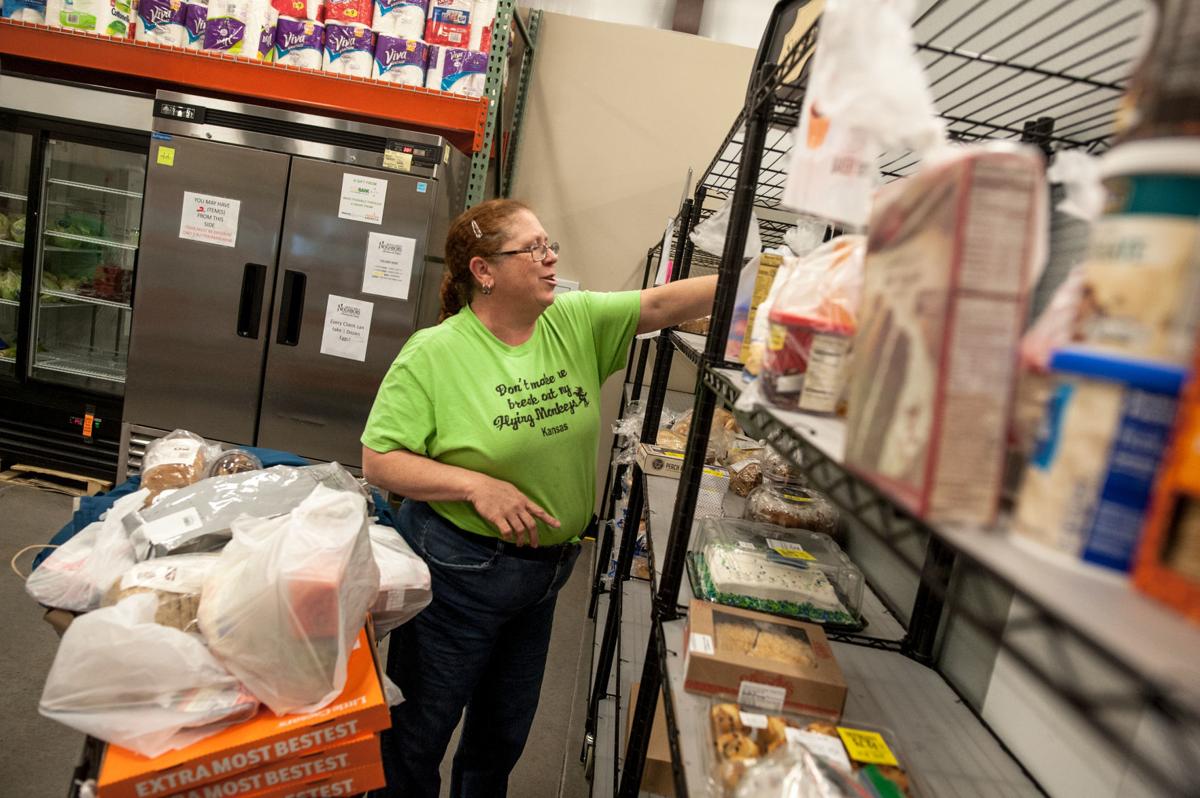 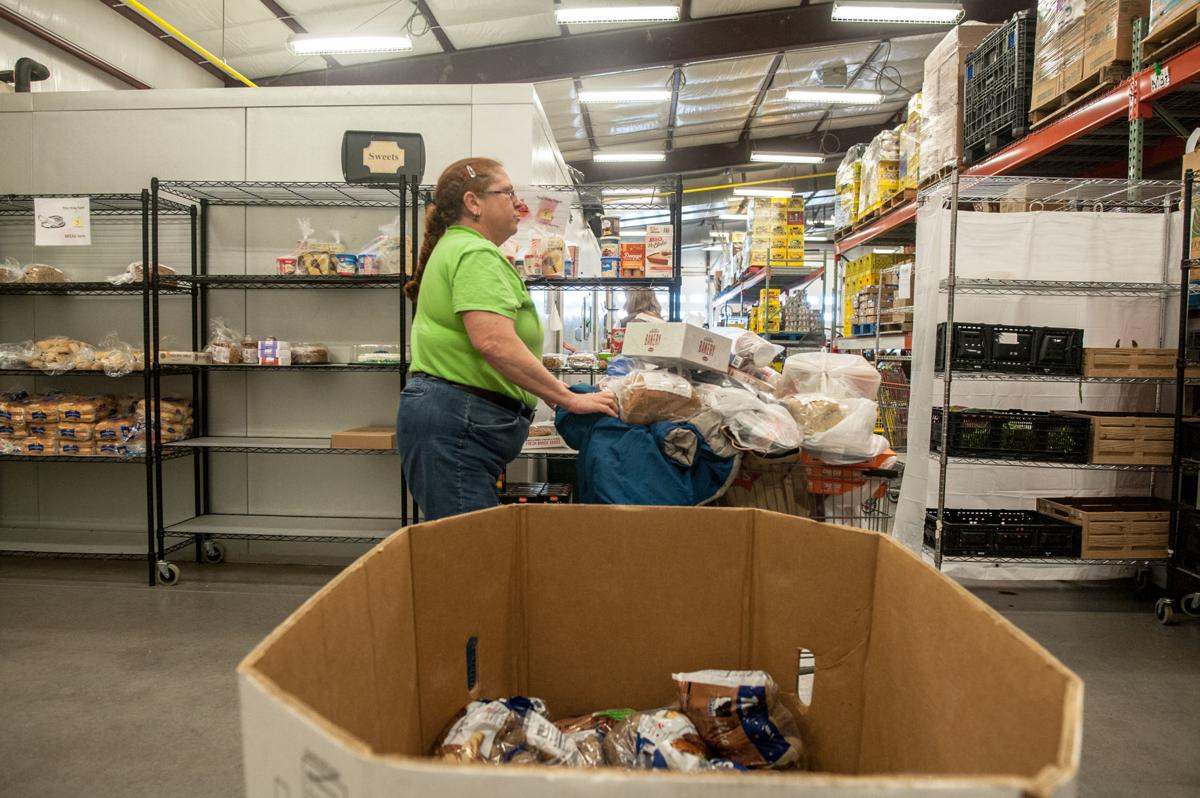 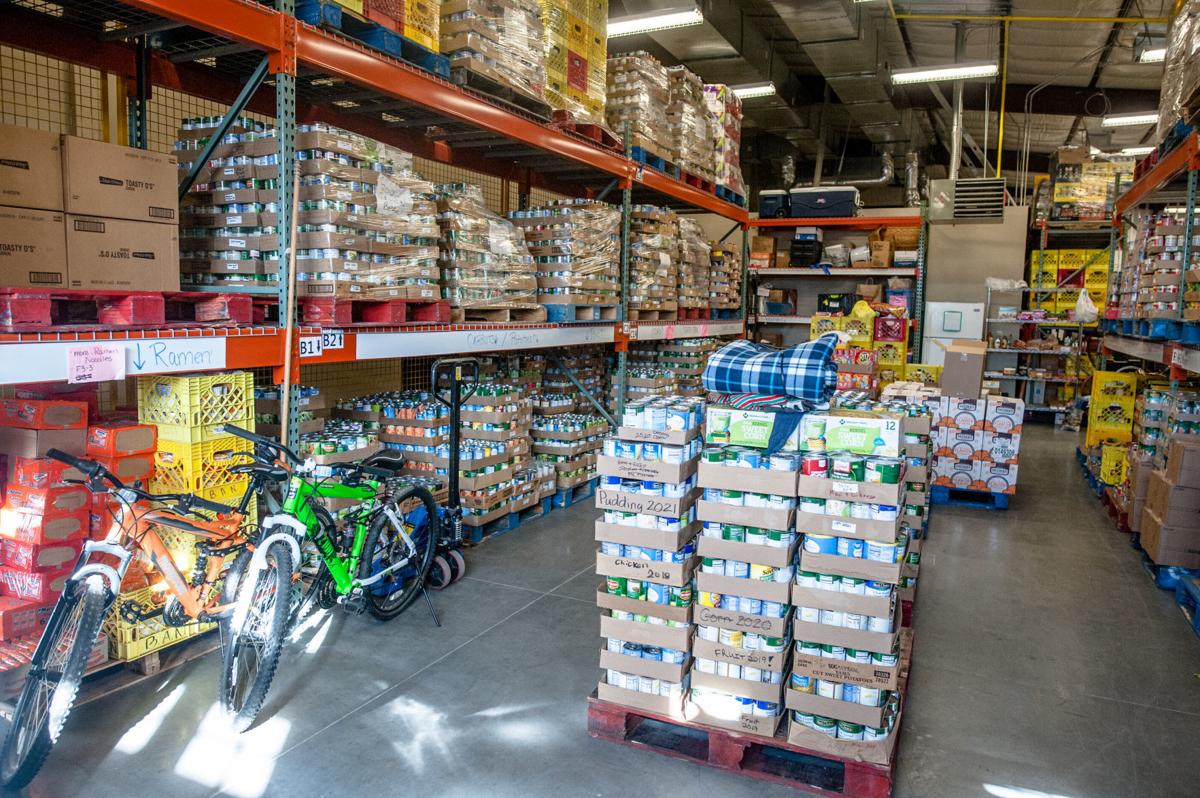 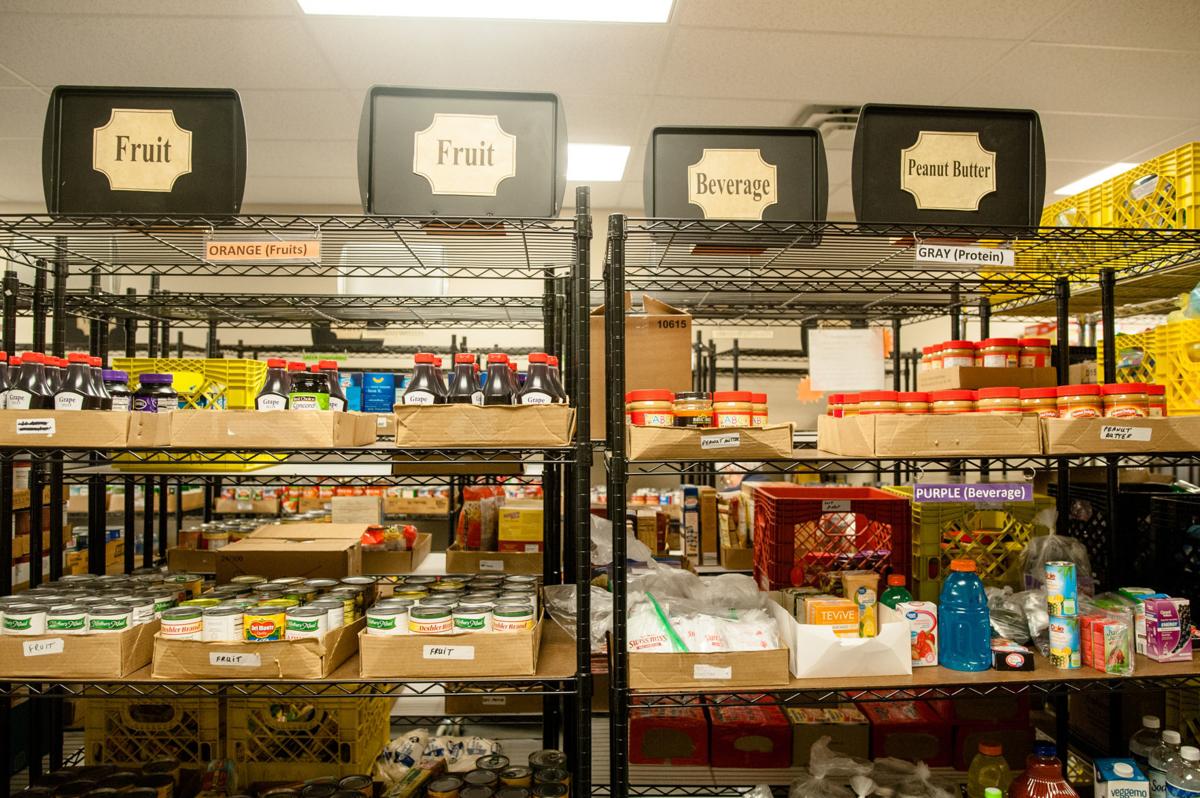 Food items available to those in need from the Broken Arrow Neighbors food bank. JOSEPH RUSHMORE/for the Tulsa World 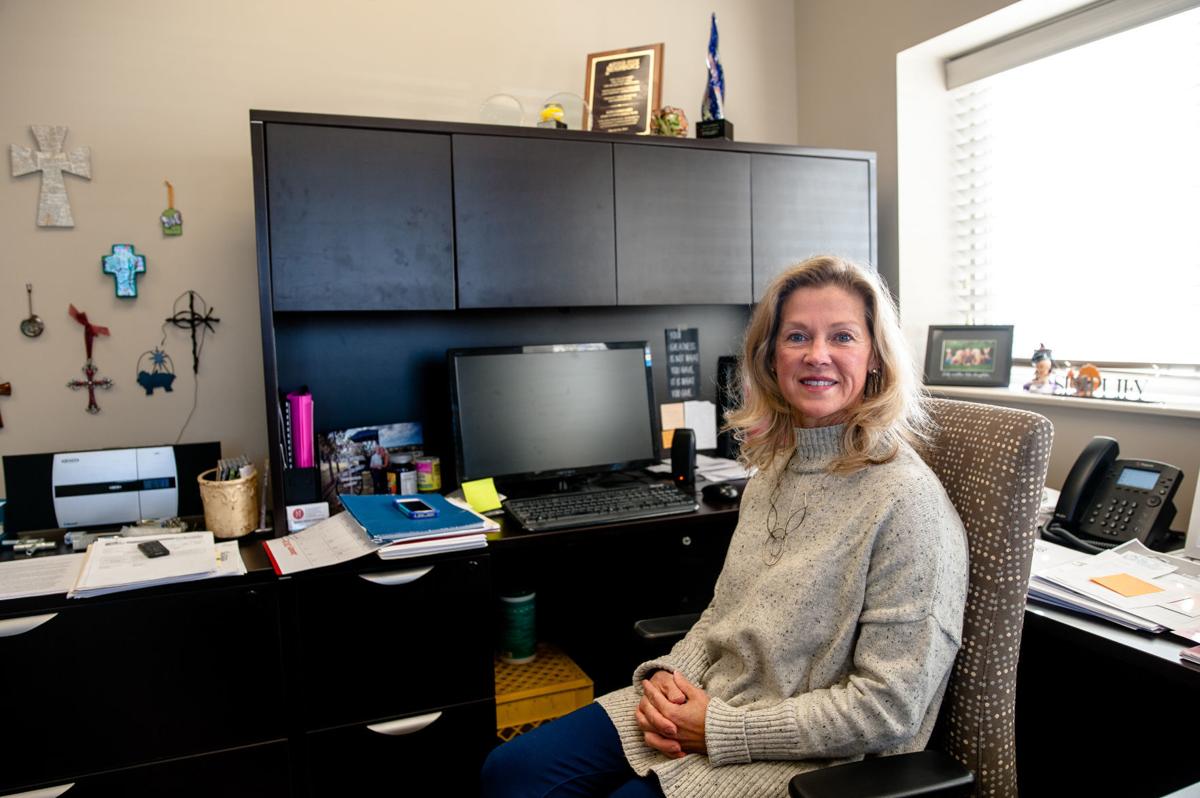 Food items available to those in need from the Broken Arrow Neighbors food bank. JOSEPH RUSHMORE/for the Tulsa World

Broken Arrow Neighbors was born in 1983 in a closet with five shelves packed with food.

It has grown, just like Broken Arrow, into so much more.

Broken Arrow Neighbors now provides a variety of basic needs, everything from food to medical and legal assistance, in what some perceive as one of the most affluent communities in the state. Yet, there are people in need everywhere, including Broken Arrow.

“There are a lot of needs in our community just like there are needs everywhere,” said Executive Director Kim Goddard. “There is good news and bad news. The good news is that we’ve been growing so fast in the last four or five years. We have a beautiful new facility and we’re already expanding (to about 13,500 square feet). We have tremendous support for what we do in this community.

“The down side is that the need has grown, too. There would be nothing better than if there was no need for us any longer in Broken Arrow. That would be fabulous.”

But there is a need and Broken Arrow Neighbors remains one of the true success stories in northeastern Oklahoma for helping those in need.

One of the major fundraisers for Broken Arrow Neighbors, “Empty Bowls,” will be held Feb 26 from 5-7:30 p.m. at Broken Arrow High School cafeteria. Tickets are $10. Additional information about the event can be found at BANeighbors.org.

Around 12,000 people received assistance from the agency in 2017. The “Food for Kids” program distributes more than 14,000 snack packs to Broken Arrow students during the year.

“But we do so much more,” said Goddard. “Yes, we started out as a food pantry, and making sure we collect and distribute food is a large part of what we do.

“We also provide assistance for people who need medical, dental, legal and financial assistance. Yes, feeding people is important but so is making sure they have security in their lives, too.”

Among the other services in 2017, the most recent year with completed totals, Broken Arrow Neighbors distributed 122,062 pounds of food to outreach locations around the city. Approximately 268 students received school supplies; 168 were provided dental care; 200 got housing assistance; 571 families were given holiday gifts; 333 families received utility assistance’ and 432 got medical assistance. Food items valued at more than $300,000 were distributed to more than 4,000 families.

The continued expansion and the new facilities help Broken Arrow Neighbors operate in the most efficient way possible.

“Our facility really helps us to be very effective,” said Goddard. “We have been able to grow along with the community. It has given us the space to be able to do our job.”

That job is to provide assistance for anyone in need.

Broken Arrow Neighbors operates out of a centrally located facility near the city’s revitalized Rose District.

“We get a lot of help from Broken Arrow schools through food and hygiene drives and other assistance,” said Goddard. “Plus, they are very helpful in trying to identify needs.

“They see those children every day. They are vital in us finding the people that need a helping hand. It is a great relationship. We couldn’t do it without them,”

Goddard has been affiliated with Broken Arrow Neighbors for more than 20 years. She started out as a volunteer in the 1990s and joined the staff in 2000 before being named executive director in 2007.

“I think a lot of people look at us as a bedroom community and that’s certainly true to a degree,” said Goddard. “But, many people just don’t recognize the needs we have in this community. There are people out here who lack access to basic necessities such as food, medical and dental.

“I feel like we embrace this community but the community has embraced us back. This all started with us helping five families. It is so much more because Broken Arrow cares about its neighbors.”