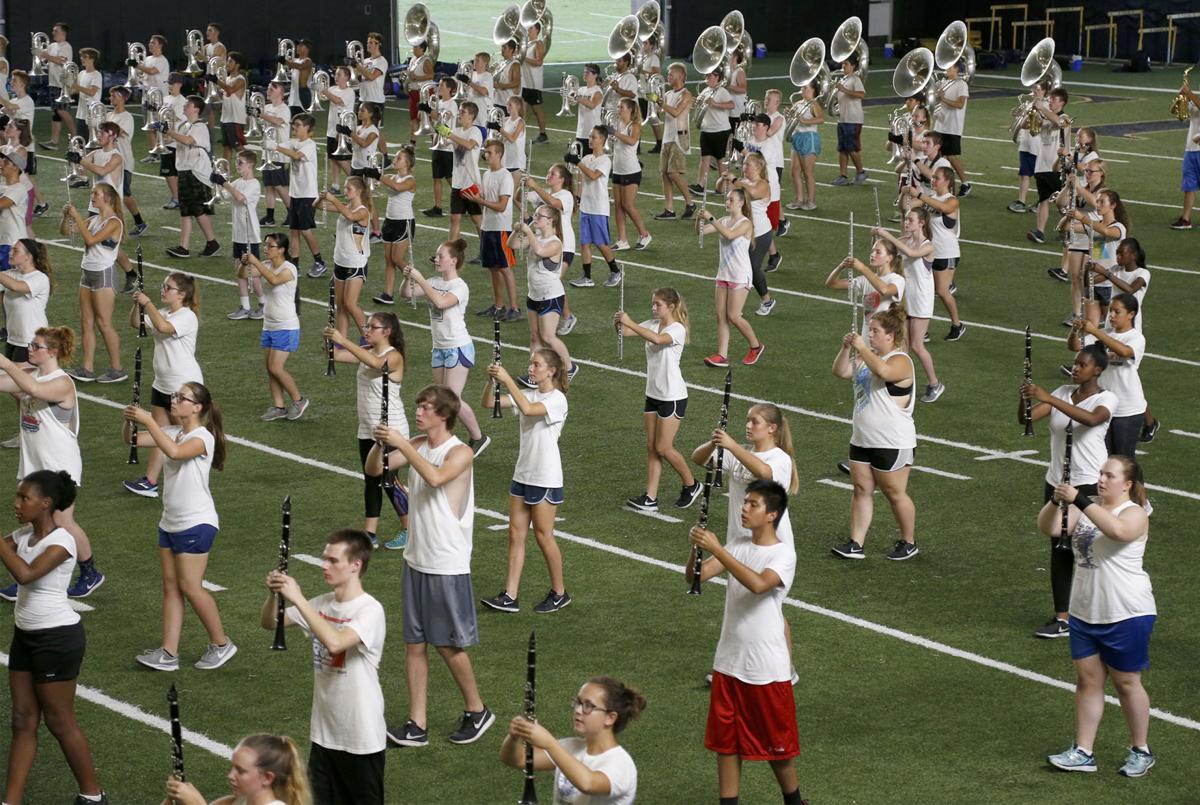 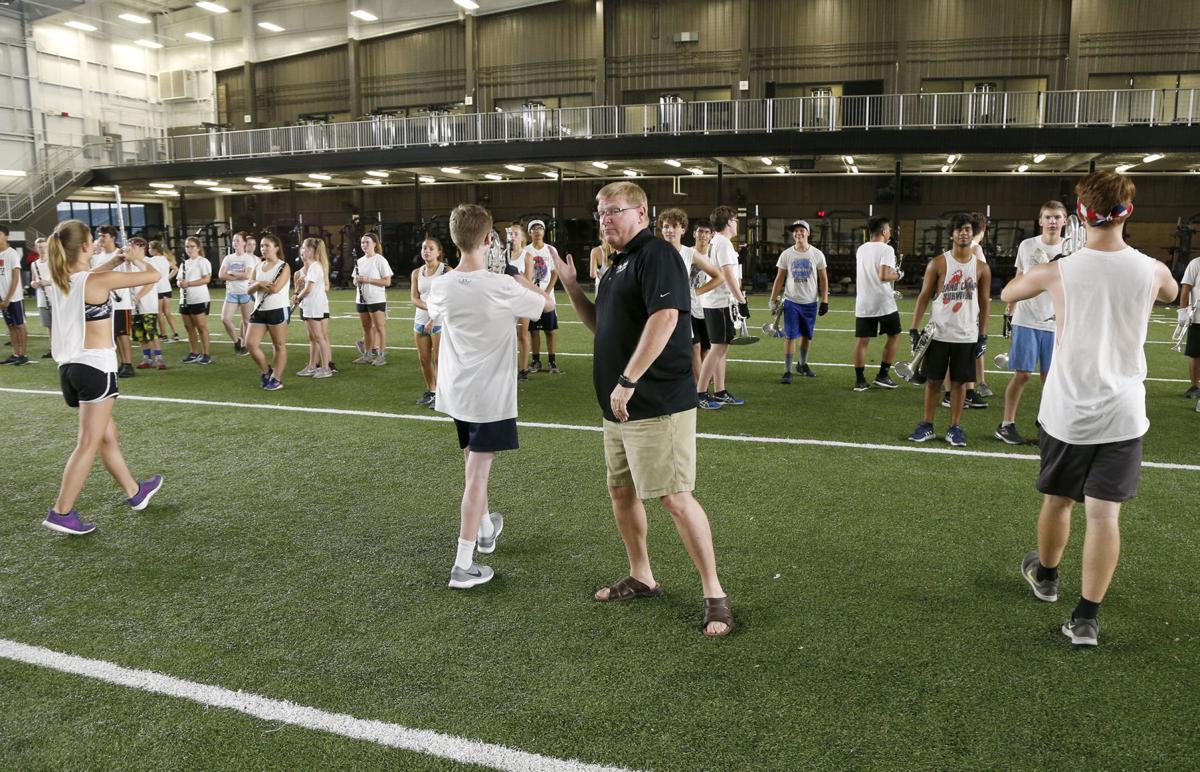 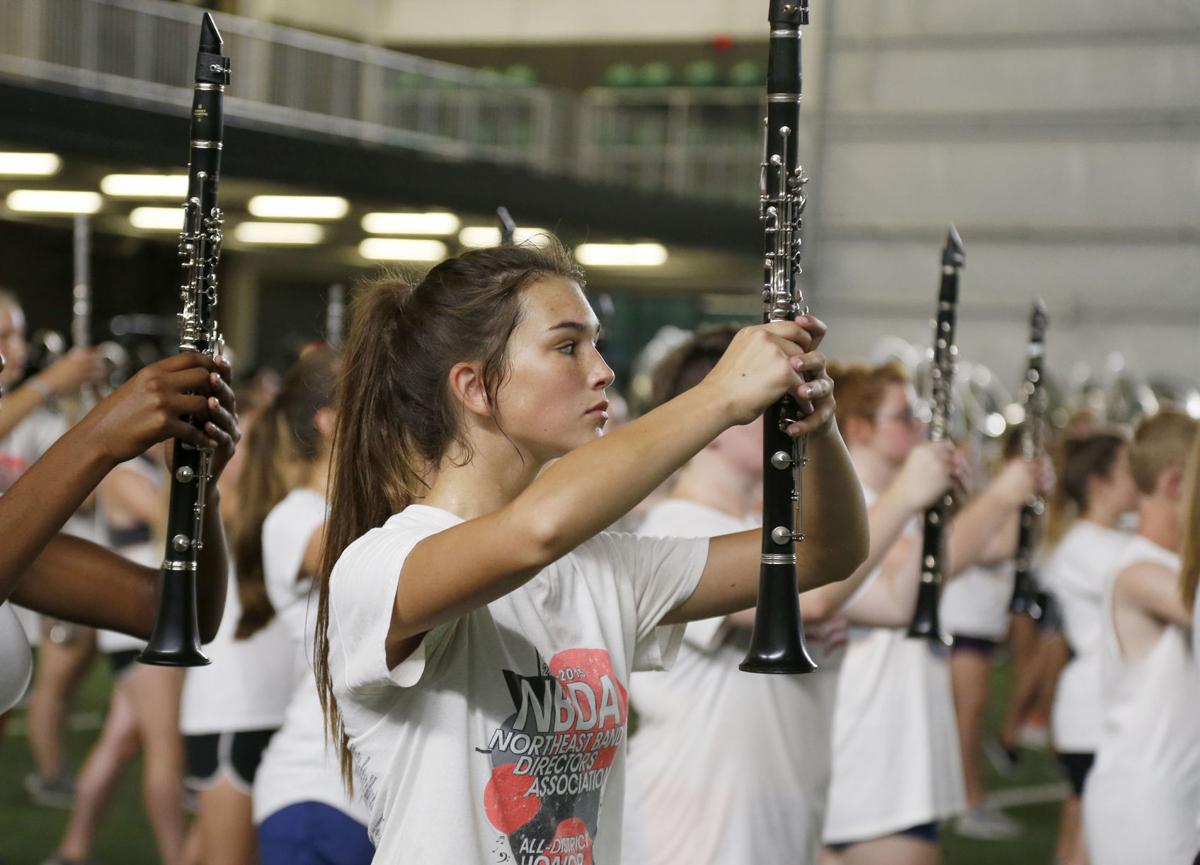 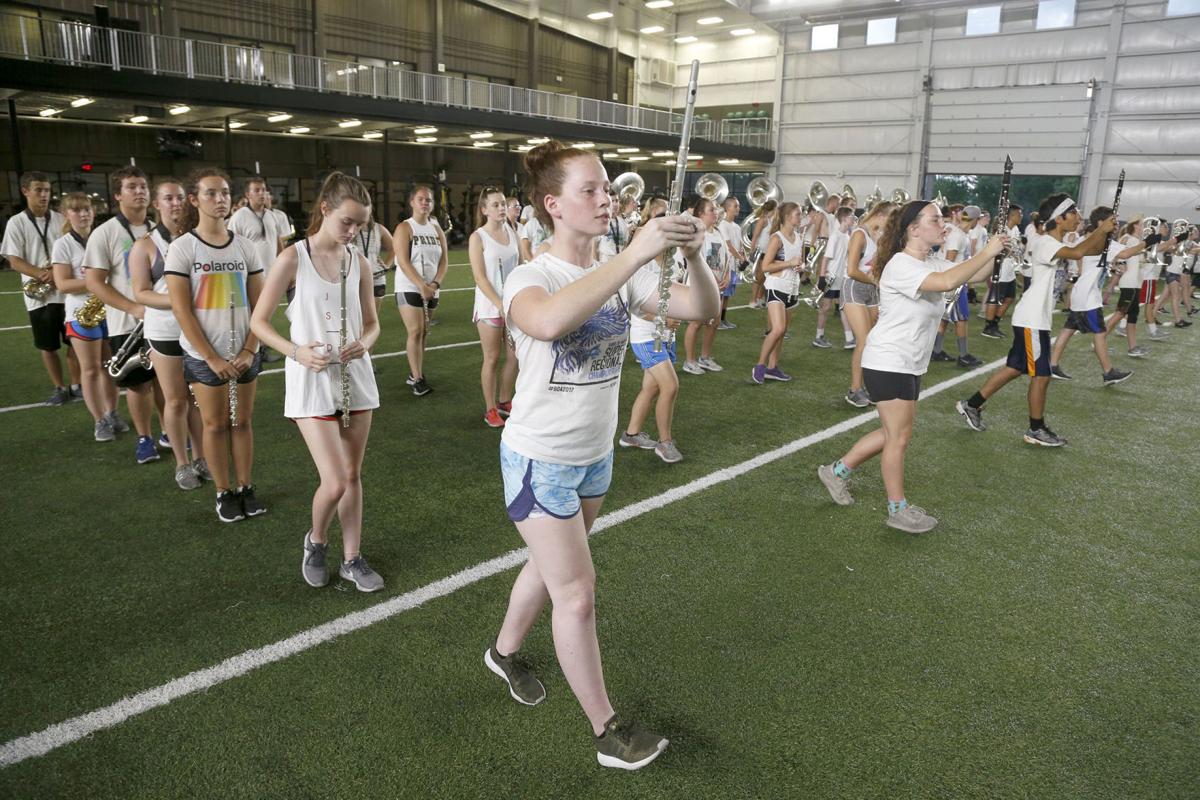 Jenks, Union or Owasso have won the largest classification football state championship every year since 1995.

“There is quite a long and impressive history of excellent bands in the Tulsa area,” said Chris Harris, director of bands at Owasso Public Schools. “What has happened in high school football around the Tulsa area is remarkable. We’re very proud of our teams up here.

“But there is a very long legacy of excellent bands from the Tulsa area, and it continues to this day.”

“We’re working eight hours a day, five or six days a week,” said Darrin Davis, director of bands at Broken Arrow High School, generally considered one of the top high school bands in the nation. “To do the things we want to accomplish, we have about a month before school starts to get things done.

“No question, this is a very involved activity. And that’s what I always encourage any student to do: Get involved. It doesn’t have to be band. It can be football or cheer or basketball or debate or whatever. Be a part of something.”

At Broken Arrow, the state’s largest high school, that could mean a wide variety of activities.

But as football season edges ever closer and grabs more and more of the headlines, band members everywhere are prepping for the season, too.

“There is a very long tradition of great high school bands in the Tulsa area,” said Charles Pisarra, director of bands at Union Public Schools. “Honestly, I think it is a well-kept secret that has been spreading to everyone up here. The expectations of our parents and students are very high.

“And, just like in football, we’re all pushing each other to do more and be better.”

Owasso High School’s 340 band members are spending long days putting together a traditional pre-game show and the competition-ready halftime show. “It is like an eight-hour workday,” said Harris. “It takes about a week to teach and polish about a minute of a show. And you have the music and then the marching and choreography.

“These days, you could call the marching band a dancing band. There’s a lot of different things that go into the performance at these competitions.”

In Broken Arrow, that means a four-month countdown toward the national championship event and a season of football halftime performances. It is eight-hour days, half working on music and half on-the-field rehearsals.

In addition, for the first time, Broken Arrow band members worked with the school’s athletic training staff on weight and cardio training throughout the summer.

“Band camp is pretty rigorous,” said Davis. “There was a time when kids would show up for band camp after sitting on the couch all summer. You can’t do that anymore.”

An end-of-season band performance, just before the Pride of Broken Arrow heads off to the national competition in November, will draw more than 6,000 people.

“We really don’t talk about all the trophies or championships,” said Davis. “What we like to talk about is being a part of something. These days, kids spend so much time by themselves looking at a cellphone.

“Band, like other activities, helps kids become a part of something bigger than just themselves.”

Nowhere in the state is the attention to detail and the national attention more intense than at Broken Arrow High School, where the Pride of Broken Arrow has won 16 straight state titles, three national championships and appeared in three Rose Parades.

There are 1,500 Broken Arrow students, grades 6 through 12, who participate in band.

There are 500 in the high school band. That includes 300 in the marching band, which entertains at halftime of football games and performs in the national championship (Bands of America Grand National Championships held each November in Indianapolis).

There are approximately 900 (grades 6 through 12) at Owasso.

“Honestly, there are a lot of very good bands in the Tulsa area and it just isn’t the big schools like us, Union and Owasso and Jenks,” said Davis. “I see bands from smaller schools like Berryhill, Catoosa and Coweta that are really terrific.

Broken Arrow bands have six band directors and a staff of 15. Their band booster group, primarily parents, numbers well over 600.

When the Pride of Broken Arrow hits the road for a major competition, it takes six chartered buses and three semi-trailer trucks full of equipment, gear and props.

There are at least 30 chaperones who accompany the band on trips.

When Owasso goes to an out-of-town appearance, it travels on 13 school buses, with two semi-trailer trucks and a box truck, along with 30 chaperones, seven band directors and a staff of about 12.

Union travels with six charter buses, three semi-trailer trucks and two box trucks along with about 50 staff, volunteers and chaperones.

When Owasso went to the 2014 St. Patrick’s Day Parade in Dublin, where it won the “Best Marching Band” award, it involved about 300 people transported on four different regularly scheduled planes, with four different connections.

“To make the luggage work, we had kids walking through the airport with tubas that they had never played,” said Harris. “The logistics of travel can be quite overwhelming.”

In addition, Owasso has appeared in the Macy’s Thanksgiving Day Parade in New York.

“It is a huge logistical effort,” said Pisarra. “You are talking about transporting, housing and feeding a large number of people.”

The travel and appearances are worth it to the parents, alumni and band members that make it happen through a variety of fundraising efforts.

“The logistics of it all are kind of incredible,” said Davis. “We’re talking about 300 band members, all of their equipment, props, luggage — plus a staff of 15 and 30 chaperones. It is a big group.

“It is a huge commitment by our community. I’m from Broken Arrow. I was in band here. This means a lot to a lot of people.”