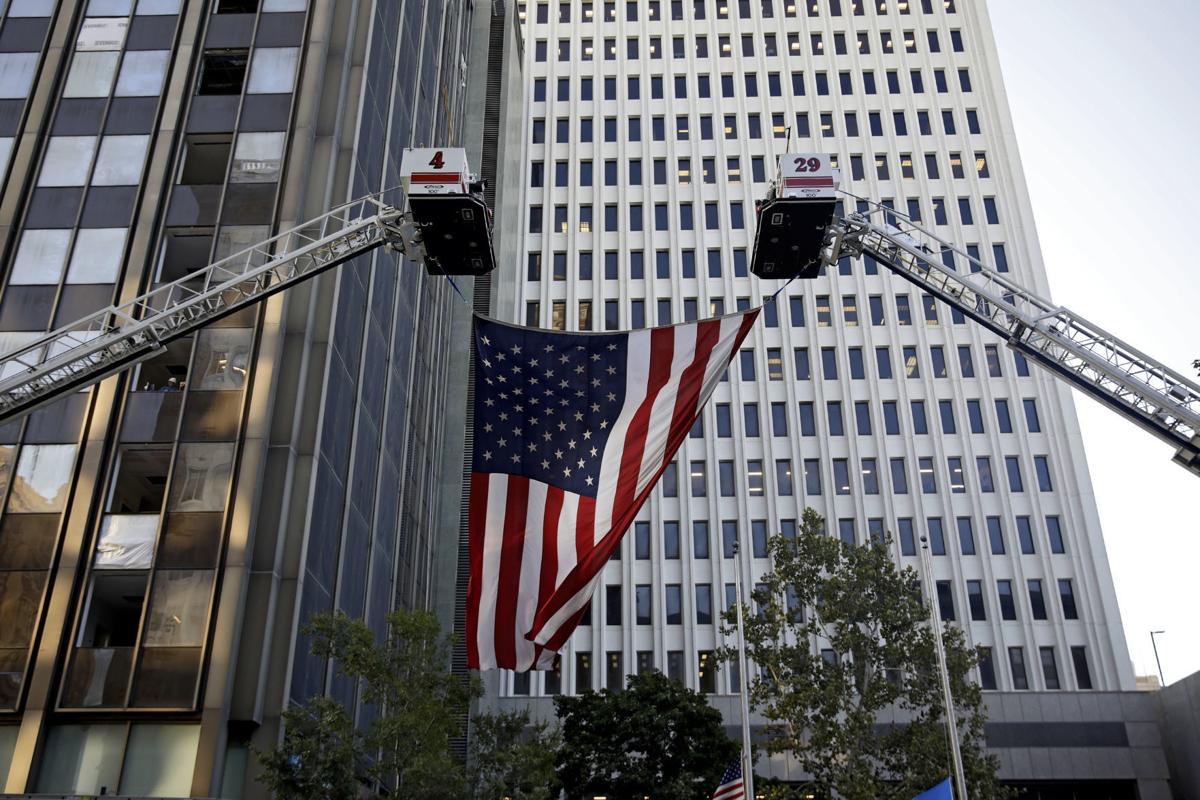 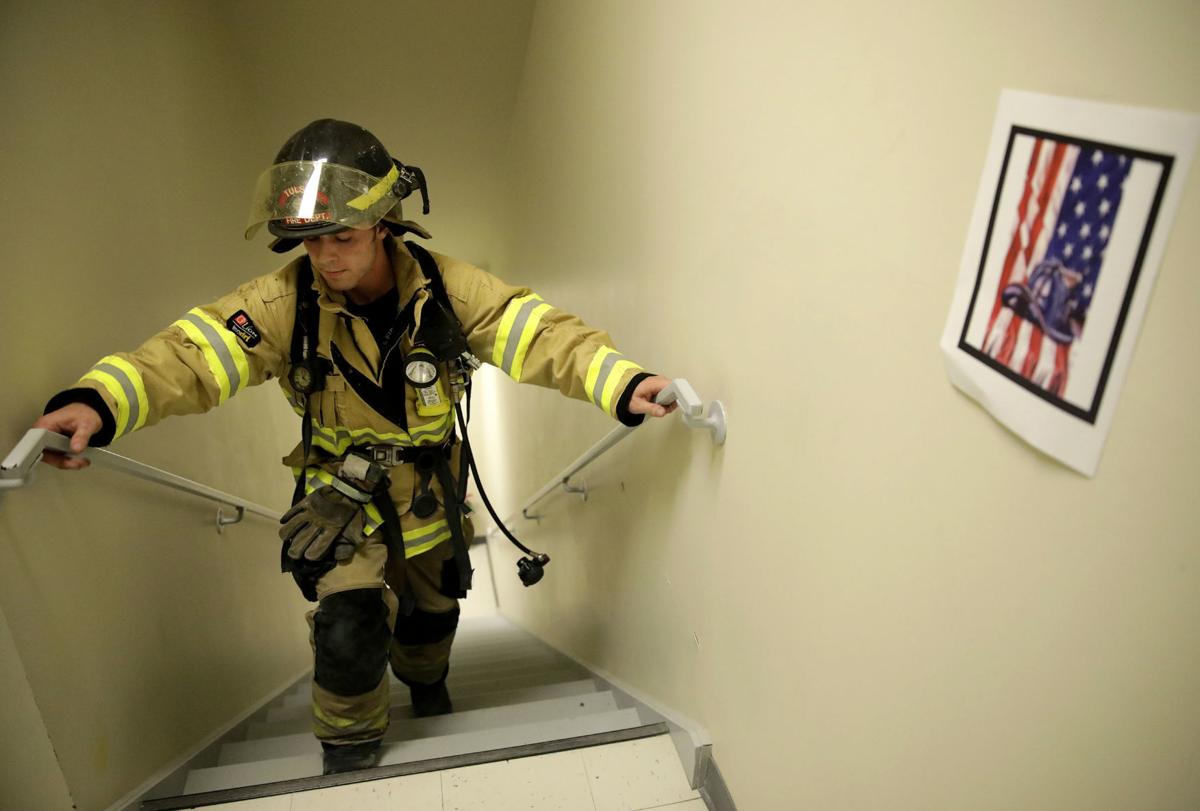 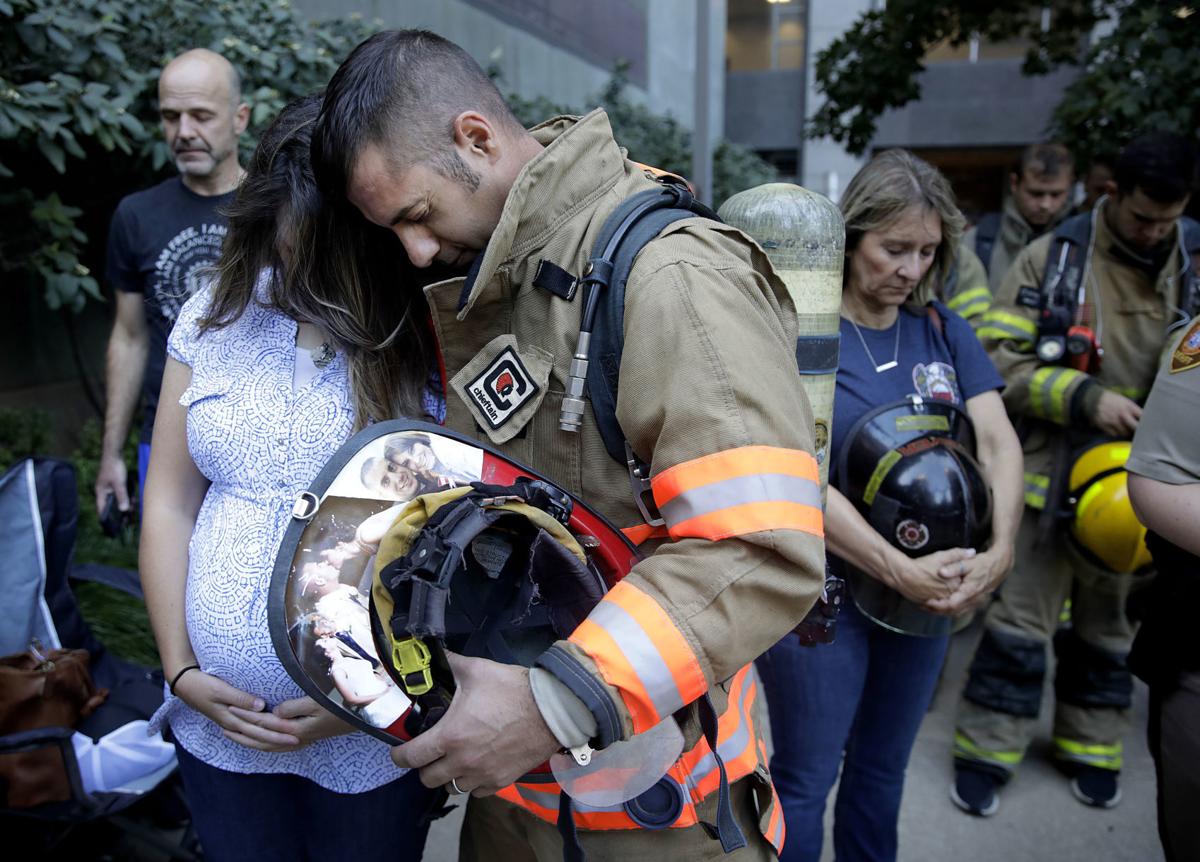 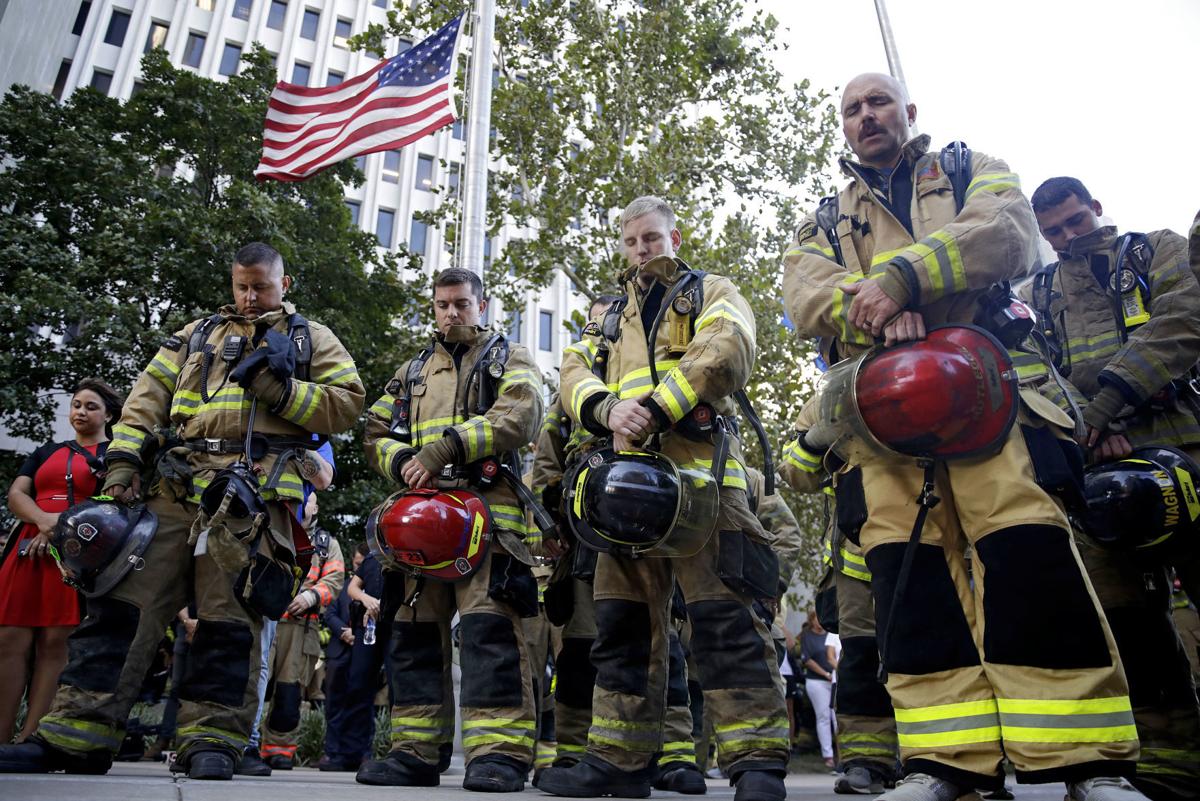 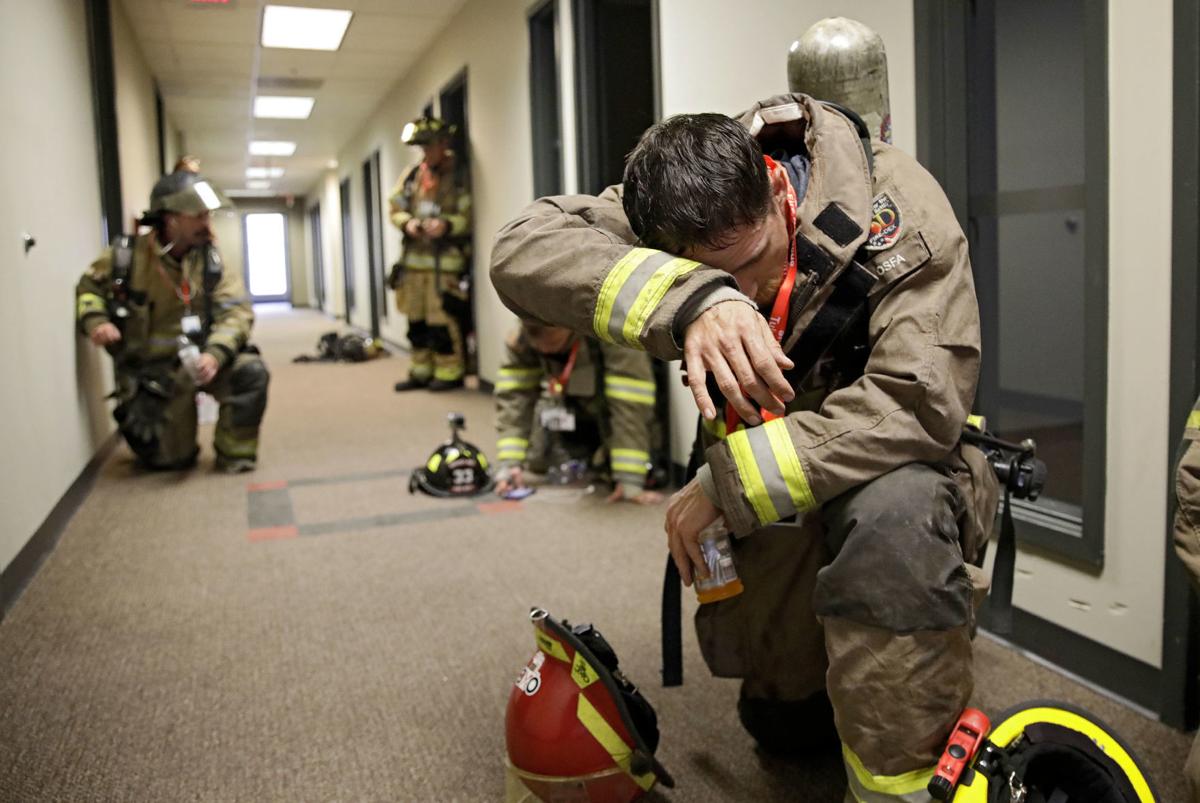 At 8:46 a.m. Wednesday, 250 first responders went into the First Place Tower in full gear. There were no flames, smell of smoke or cries for help, only bagpipes and the sound of boots climbing stairs.

On the 18th anniversary of the Sept. 11 attacks, first responders participated in the 3rd Annual 9/11 Memorial Stair Climb, hosted by the International Association of Firefighters Local 176.

In three phases, firefighters, police and sheriff’s deputies climbed 110 flights of stairs, the same as those in the north and south towers of the World Trade Center. Many slung folded fire hoses over their shoulders, the hoses bearing victims’ names.

Outside the First Place Tower, Ladder 4 and Ladder 29 held the American flag above Engine 70 on Fourth Street. Tulsa and Broken Arrow firefighters, along with Tulsa County Sheriff’s deputies and Tulsa Police Academy’s Class 2019-116 also made the climb.

Local 176 President Jim Nance said for what would have been any other Wednesday in downtown, it’s a somber reminder of the sacrifice of 412 first responders who died in the attacks.

“For our members, I feel like it’s a fitting tribute to what happened 18 years ago,” Nance said. “Everybody wants to keep that in the forefront ... It’s a tragedy we don’t want ever to forget.

“It changes; it’s a little somber today. Everybody understands what happened, and it could happen to any of us any day.”

Nance said it’s important to recognize the tragedy for what it was. Sept. 11 was the deadliest day for firefighters in America’s history with 343 members of the New York City Fire Department killed.

Although everyone goes through extensive training, Nance said there’s always the risk that each shift could be a firefighter’s last, and Sept. 11 is a somber reminder of that fact.

“There is an understanding that every day you come to work you could pay the ultimate sacrifice,” Nance said. “That being said, I think everybody is here to do the job and help the citizens of Tulsa the best we can.

“It’s always in the back of your mind, but everybody’s here to do what they do.”

Some of those headed up the stairs were young enough to have seen the attacks from a classroom. On the attacks’ 18th anniversary, the Fire Department may soon see its first applicants born after 9/11. The department changed its hiring age to 18 on July 1.

Others, like fire equipment operator Earl Blevins, saw them unfold sitting in his fire station. Unlike others who watched in awe, Blevins said he and others in the station could see the tragedy coming.

“I know when I was on the job and where I was at when that happened,” Blevins said. “I remember watching it on the TV, sitting at the coffee table with the other guys and realizing what the firemen were doing right then. Then to see those towers collapse ... it was really kind of difficult to watch because we knew they were in there.

“I think it honors them today that we could come here and do this, and I hope that everybody will continue to reflect on why we’re doing it, because we were attacked. I’m just grateful that our men and women on Tulsa Fire Department, Tulsa County Sheriff’s Office and Tulsa police recognize the need to keep this memory alive.”

Gallery: First responders climb 110 flights of stairs to remember those killed in the 9/11 terrorist attacks