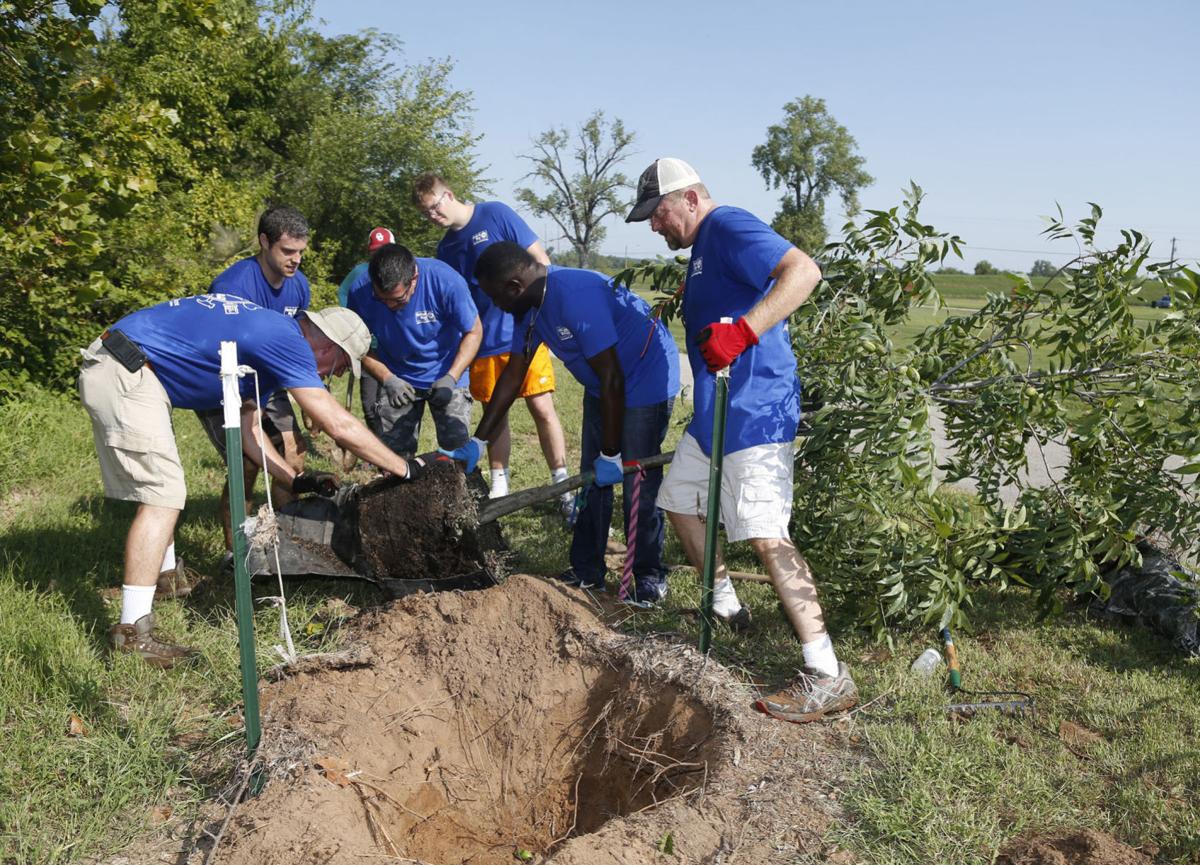 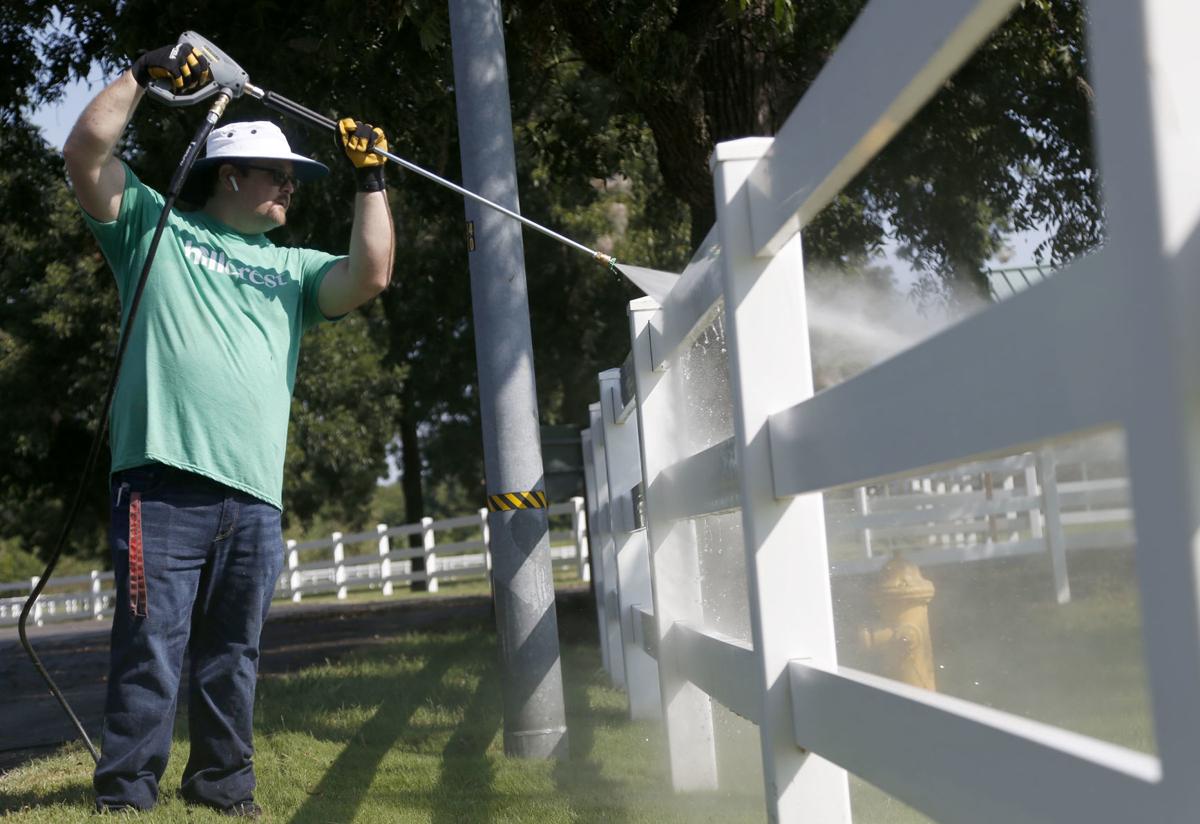 Hillcrest employee Jason Barr washes a fence at the Tulsa Boys’ Home on Friday for the Tulsa Area United Way’s Day of Caring. 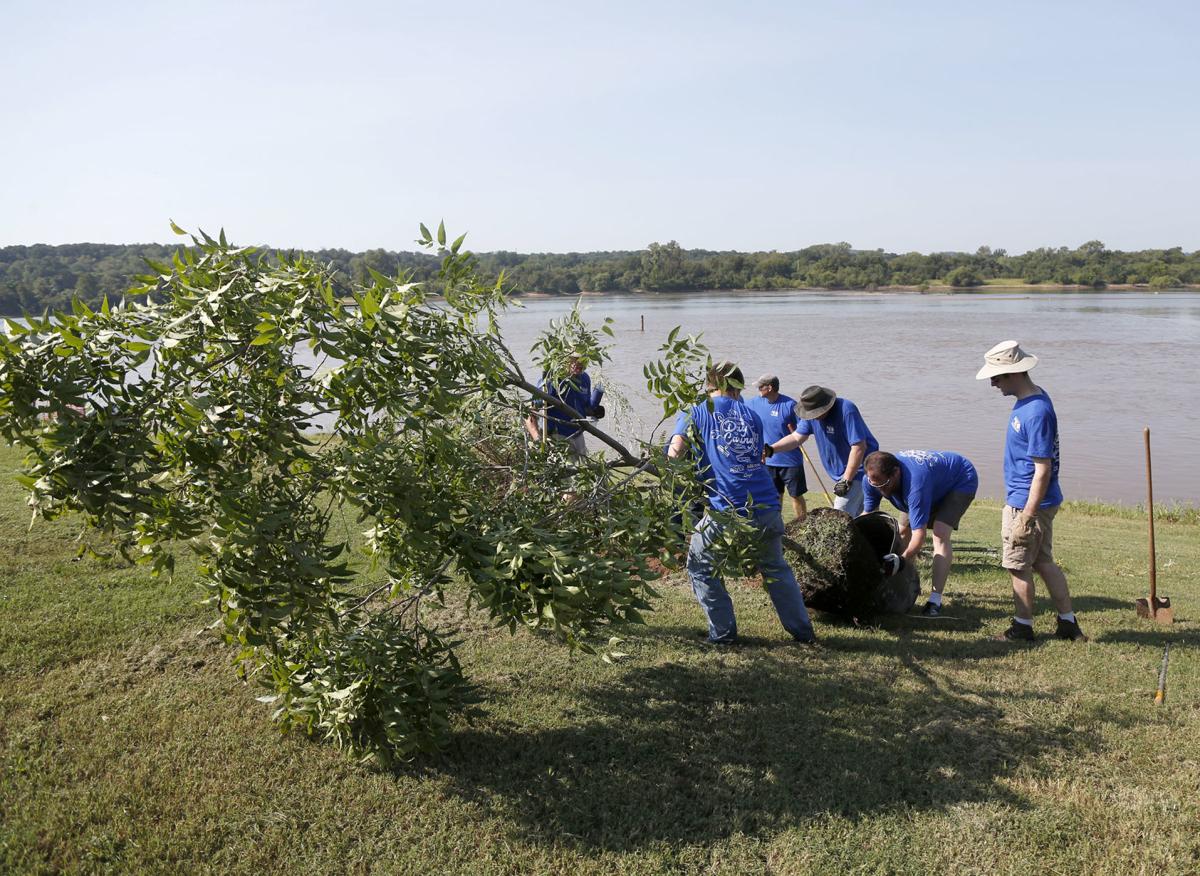 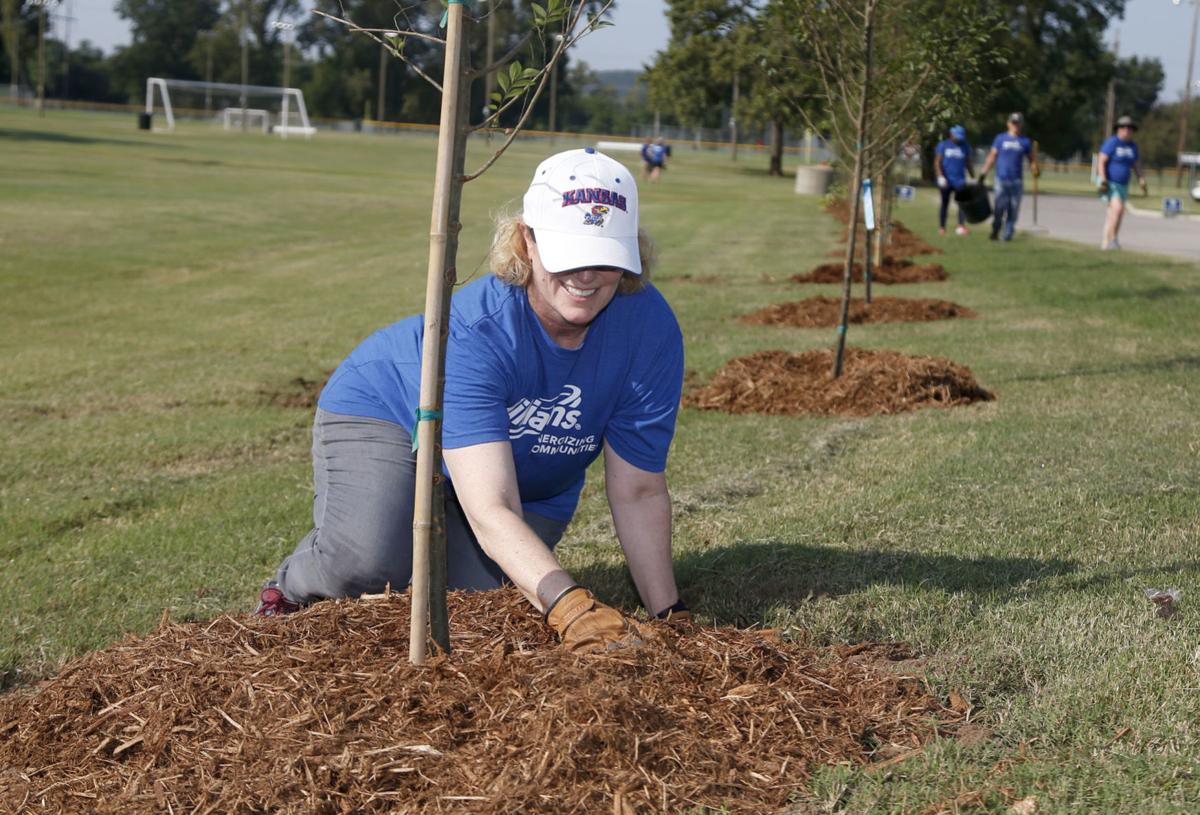 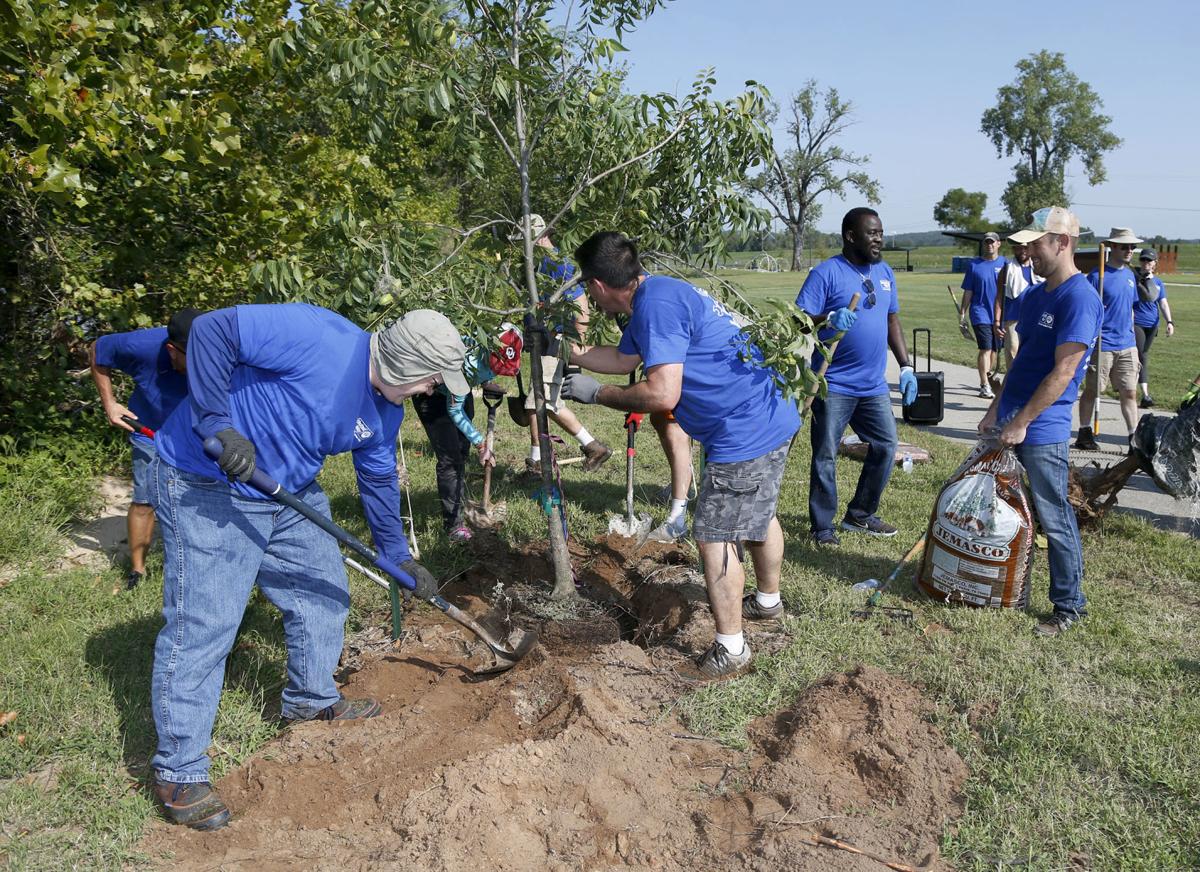 Hillcrest employee Jason Barr washes a fence at the Tulsa Boys’ Home on Friday for the Tulsa Area United Way’s Day of Caring.

SAND SPRINGS — With water having risen as high as 10 feet in some places, Case Community Park still has a ways to go to bounce back from this spring’s severe flooding.

But after Friday morning, at least one part in its recovery is much further along.

“They got here, got to work and it went way faster than anyone expected,” Nathan Woodmansee said of the teams of volunteers, who planted 131 trees in just under three hours as part of the Tulsa Area United Way’s annual Day of Caring.

The park lost 50 newly planted trees to the floods, Edwards said, so Friday not only reversed that setback but was a boost overall to its ongoing reforestation efforts.

“To deploy a mass group like this — it would’ve taken our staff about a week to do what they did in three hours,” he added.

Across the area Friday, more than 5,200 volunteers pitched in for the 28th annual Day of Caring.

A kickoff program was held at VFW Post 577 in Tulsa, where breakfast was served to volunteers — individuals, as well as many representing companies and organizations — before they headed out to their respective service projects.

The Tulsa area’s west side was hit hard by flooding this spring, leaving behind some real needs that volunteers helped to address.

The Tulsa Boys’ Home welcomed a volunteer team from Hillcrest Health Care System which cleaned up the 160-acre property’s white fences, which had been left stained by the flooding.

“It’s a tremendous value to the Boys’ Home and saves us time and money,” said Gregg Conway, Tulsa Boys’ Home executive director. “It’s stuff we would have to do ourselves or with other volunteers.”

Conway said fortunately, the water — rising as high as 5 to 6 feet in some areas of the property — did not get inside the lodges or other facilities, which were evacuated for two weeks as a precaution.

Conway said the Tulsa Boys’ Home hosts volunteers every Day of Caring. In past years, projects have included painting inside the lodges, weeding and trimming, he said.

“This is a picture of collaboration in its purest form,” Woodmansee said, with the city, Sand Springs Community Services and volunteers each doing their part.

Of the 450-plus Williams employees participating in 30 different Day of Caring projects across the area, about 35 were at Case.

Darrick Farrington, who worked up a good sweat digging holes for trees, was participating for the first time.

“I’ve always wanted to do it, but this was the first year my schedule allowed,” the tech specialist said. “It feels good.”

Working not far from Farrington was a veteran of many Days of Caring — Williams Chief Operating Officer Micheal Dunn.

“It feels like I’ve been doing it my whole life,” Dunn said, adding that he started in the 1980s and has participated annually with Williams and another company.

“Our employees give to the United Way throughout the year, but this one day is a big way we can give back to the community,” Dunn said.

“It’s the best way to get to know your co-workers,” she said. “It really builds unity.”

At the Tulsa Boys’ Home, Hillcrest nurse Michelle Larson was enjoying her first Day of Caring.

It was a hot day to be outside washing fences, but “the spray from the power-washer helps cool me off,” she said, laughing, as she teamed up with colleague Leon Norman.

“I’d never even heard of (Day of Caring) before,” Larson said, adding that she learned about it after going to work at Hillcrest a few months ago.

Upon hearing the Tulsa Boys’ Home would be the site, Larson knew she wanted to do her part. She said she used to work in group facilities and has been a foster care provider.

This year’s Day of Caring included some 450 projects total, the United Way said.