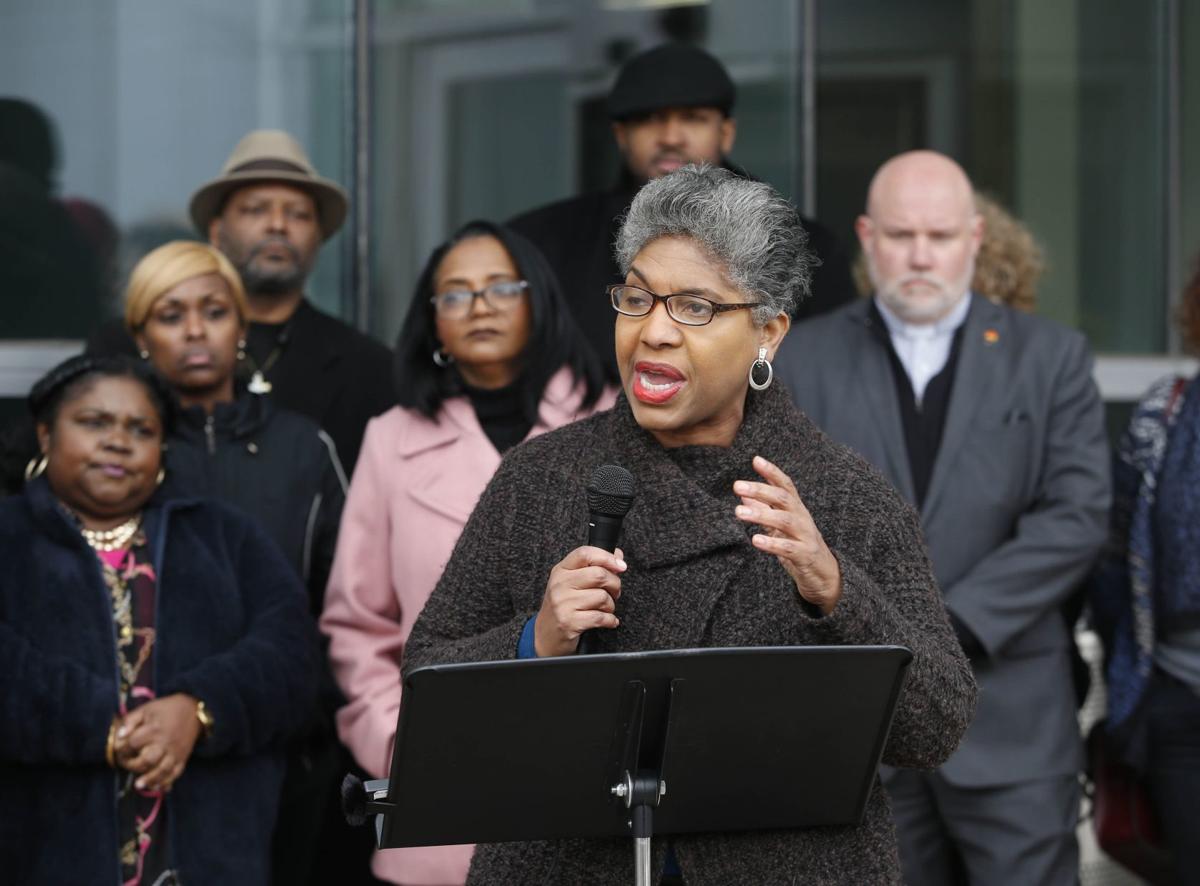 State Rep. Regina Goodwin said at Monday’s news conference that some Tulsa police officers “continue to prey on this community.” 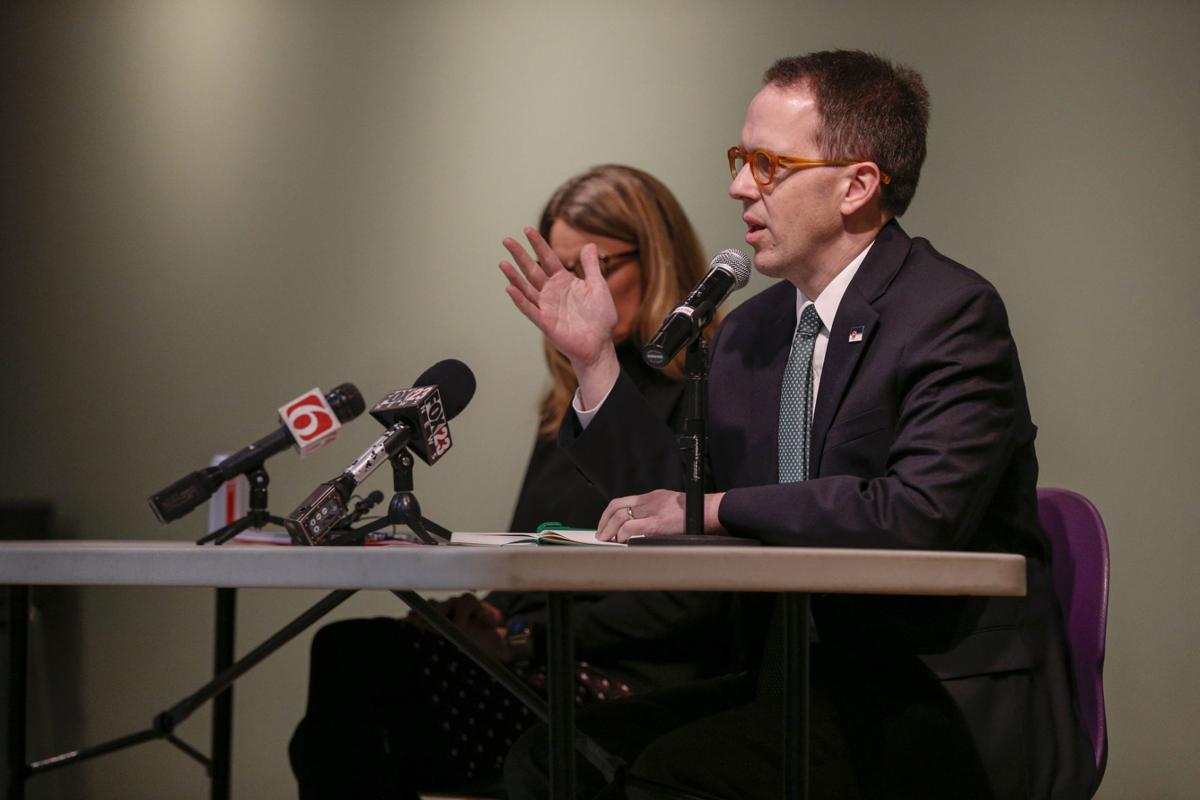 Tulsa Mayor G.T. Bynum addresses a crowd during a town hall meeting about the next Tulsa police chief at Hardesty Regional Library on Jan. 7.

State Rep. Regina Goodwin said at Monday’s news conference that some Tulsa police officers “continue to prey on this community.”

Tulsa Mayor G.T. Bynum addresses a crowd during a town hall meeting about the next Tulsa police chief at Hardesty Regional Library on Jan. 7.

“It is a shame; it is a travesty; it is embarrassing that in a city that knows the damage police can do when they are not on the side of the citizens, that we would allow something like that to happen,” said community organizer Gregory Robinson II.

Hall-Harper noted that last week during a town hall meeting Bynum refused to commit to ending the Police Department’s involvement in the television show. She said she stands in solidarity with those who want to see it go away.

The city’s agreement with “Live PD” is handled by the Mayor’s Office. The City Council has no legal authority to determine whether the city should participate in the program.

Several speakers at last week’s town hall meetings urged the mayor to end the city’s participation in the program, saying it reflected poorly on the city and its residents and preyed on the most vulnerable.

Goodwin said rather than the Police Department participate in “Live PD,” officers should turn on their body cameras and their dash cameras.

“For all of the officers who are doing the right thing, God bless them,” she said. “But for those officers who continue to prey on this community — that’s what we’re saying — turn your body camera on; turn on your dash cam. (Then) you got your ‘Live PD.’

“And we want a mayor and a chief that is going to make sure there are consequences if those body cameras and dash cams are not on.”

Bynum declined to comment Monday, but he has said previously that he believes the show gives those who wish to watch a chance to see the diverse range of issues officers deal with on a daily basis and to decide for themselves how those situations were handled.

“My concern is this: I have seen in the last year how two people viewing one police encounter can have completely different understandings of what that encounter was,” Bynum said Friday.

He added that he empathizes with those concerned that some of the people appearing on “Live PD” are in vulnerable positions, but he noted that the Police Department has the ability to restrict coverage if it thinks it’s appropriate to do so.

“They only film in the public domain,” the mayor said. “So this is not something only ‘Live PD’ has the ability to do. Anybody could walk up and record someone who is in a difficult situation.”

It is impossible to truly appreciate and understand the range of situations Tulsa police officers deal with every day until you see it, Bynum said.

“This is just one other way for people to access that,” he said.

Former Police Chief Drew Diamond, who served from 1987 to 1991, also called for an end to the city’s participation in the show on Monday.

Monday’s news conference was organized by Demanding a JUSTulsa and ACTION, local community action groups encouraging more transparency and public participation in the selection process for a new police chief.

A letter outlining community concerns about the selection process and “Live PD” was sent to Bynum on Friday. It was signed by more than 200 people, including Hall-Harper, Goodwin, state Sen. Kevin Matthews and state Rep. Monroe Nichols.

Three of those shared aspirations became evident during last week’s town hall meetings, Mayor G.T. Bynum said: the desire for the next police chief to have high standards and a clear plan to hold officers accountable for meeting them; for the chief to be personally engaged in the community and expect the same of the officers; and for the department to have the best training in the nation.

Mayor G.T. Bynum held the second of three public meetings Wednesday to hear what Tulsans want from their next police chief.

Related: North Tulsans press for a larger say in who the next police chief will be