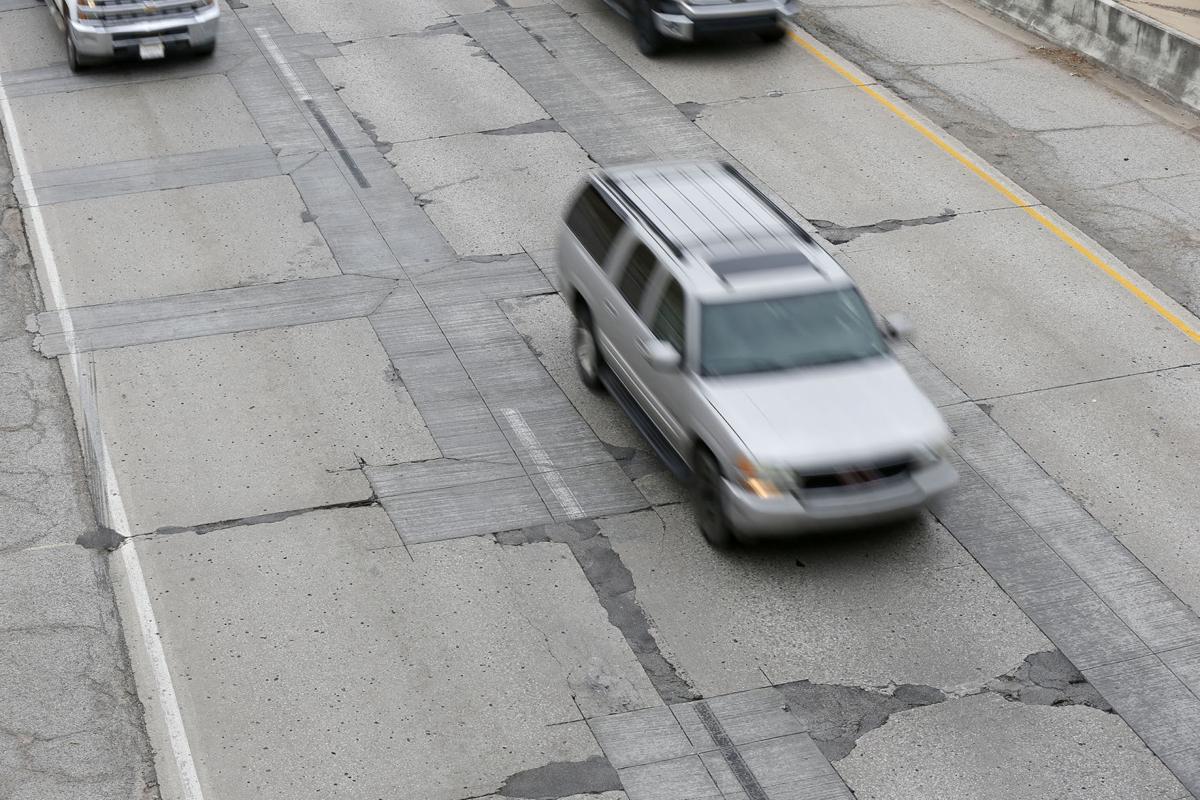 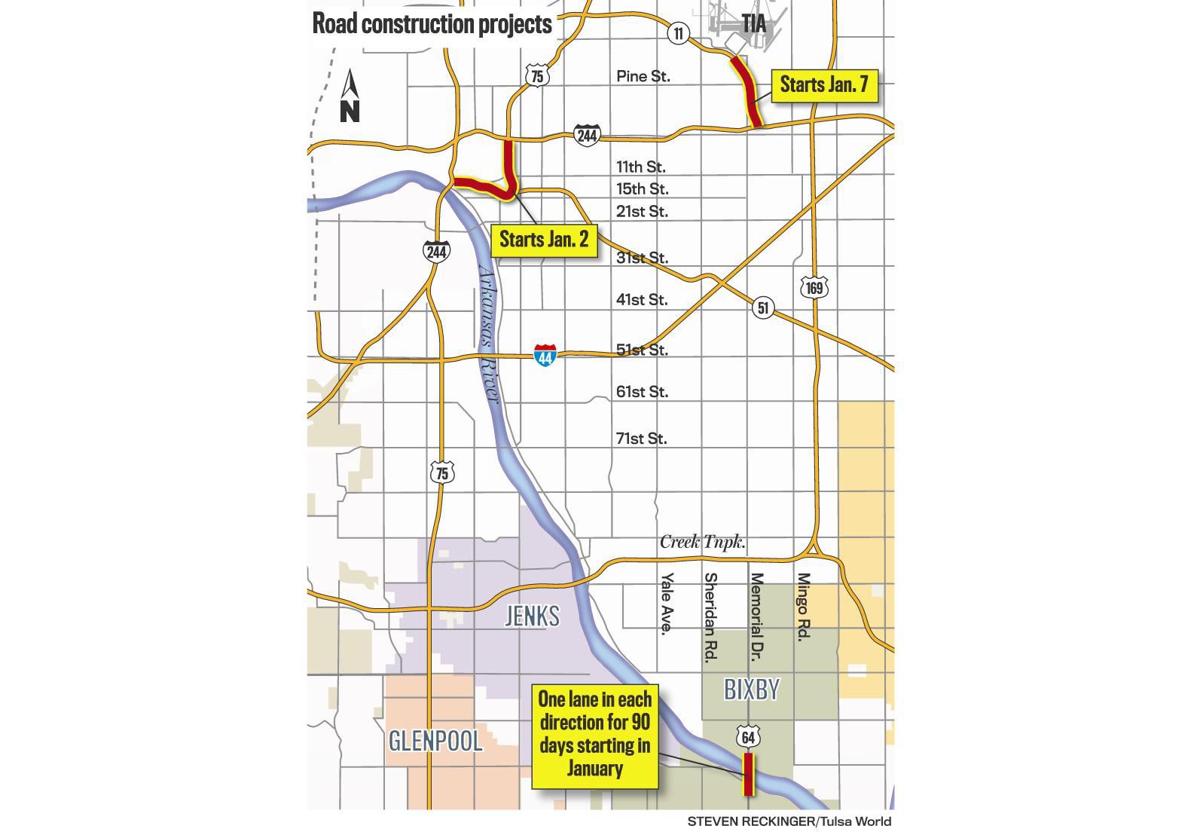 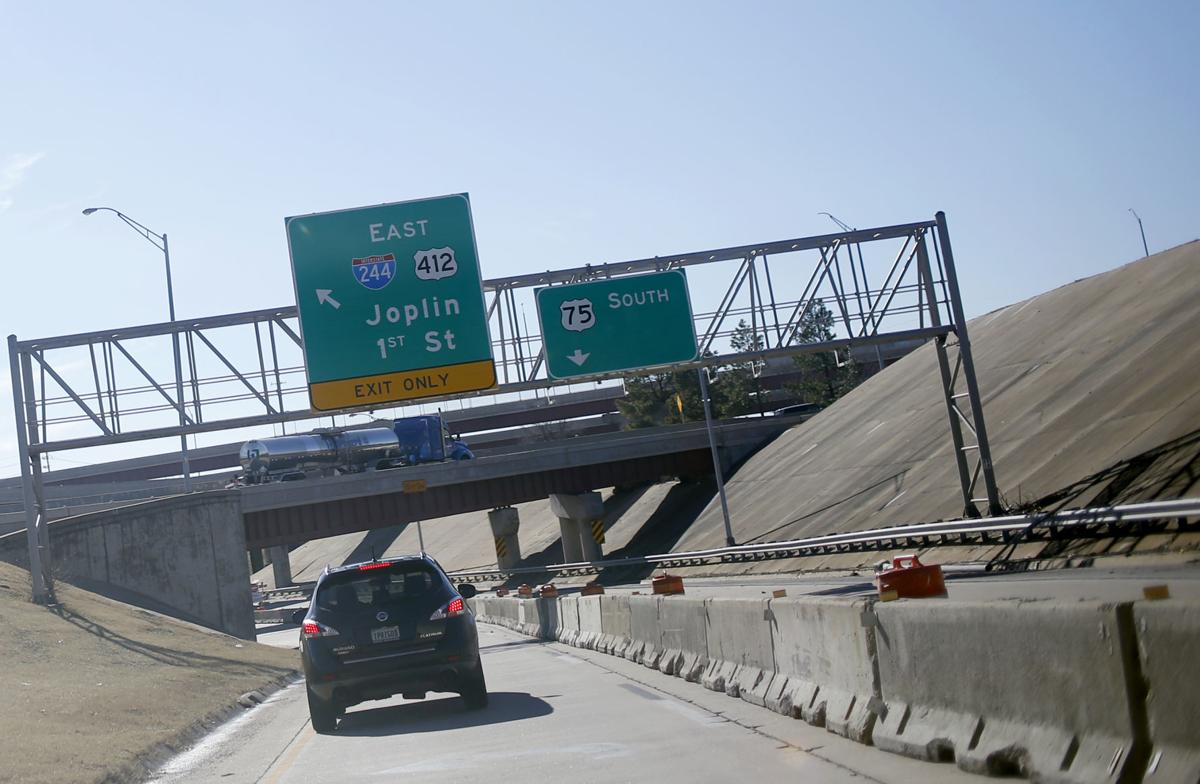 Traffic on southbound 75 merges to the left lane while construction projects are underway on the inner dispersal loop in Tulsa on Friday January. 4, 2019.

Traffic on southbound 75 merges to the left lane while construction projects are underway on the inner dispersal loop in Tulsa on Friday January. 4, 2019.

Travelers using the main highway south of Tulsa International Airport should expect delays and detours beginning Monday with the start of a yearlong bridge rehabilitation project.

The $9 million project will improve eight bridges on Oklahoma 11 south of the airport. They include bridges at the Interstate 244 junction, Pine Street, Memorial Drive and over a nearby railroad line.

Oklahoma 11 runs just south of the airport and connects I-244 to U.S. 75 south of Mohawk Park in north Tulsa.

The highway will be narrowed to one lane in each direction between Pine and the airport through early next year, the Oklahoma Department of Transportation said Friday.

“Be alert for traffic shifts in this corridor,” ODOT said.

On average each day, between 36,800 and 40,100 vehicles travel the highway south of the airport, according to 2017 ODOT traffic counts, the most recent available.

Drivers trying to get to and from the airport “are urged to plan ahead for extra travel time throughout the project,” which will last until early 2020, ODOT said in a news release.

Detours to the main entrance of the airport will be in place during part of the project, ODOT said.

Crews will be working on multiple bridges in the area at the same time, ODOT spokeswoman Kenna Mitchell said.

“We’ve had to do emergency repairs ... so this is work that’s definitely needed on these bridges,” she said.

The work is one of three major projects ongoing in the Tulsa area. The others are replacement of pavement and bridge rehabilitation on the south and east legs of the Inner Dispersal Loop downtown, and work on the Memorial Drive/U.S. 64 Arkansas River bridge in Bixby.

The southbound and westbound lanes on the east and south sides of the IDL were closed last week as part of a $25 million project to replace pavement and rehabilitate bridges. The work is expected to last a year.

The other project will narrow the Arkansas River bridge in Bixby to one lane in each direction while the bridge undergoes structural rehabilitation. That $1.2 million project is expected to last until April.

Specific lane and ramp closures for all of the projects will be announced in the daily Traffic Advisories section of odot.org as they are scheduled.