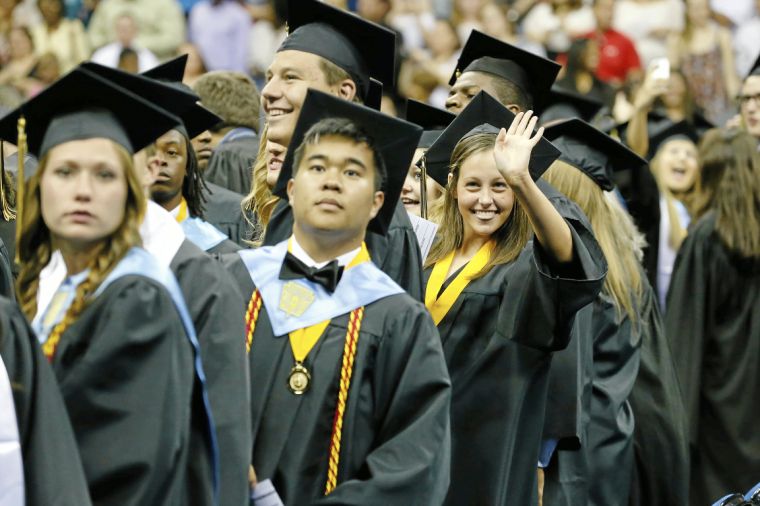 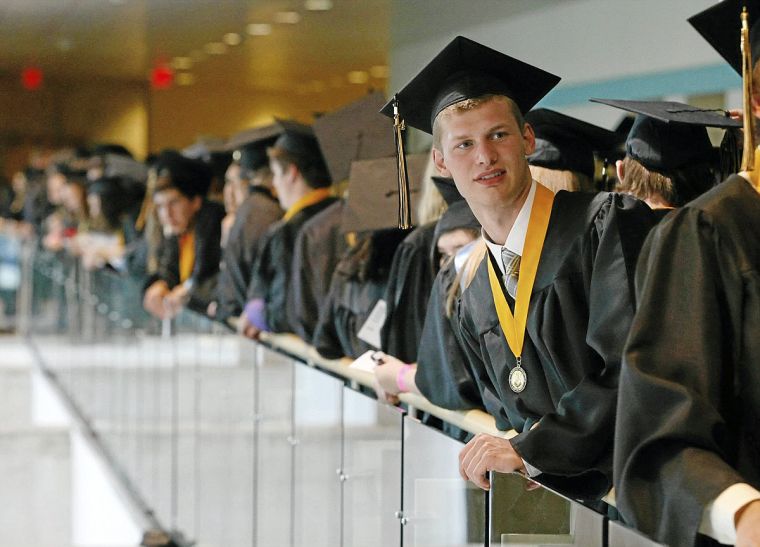 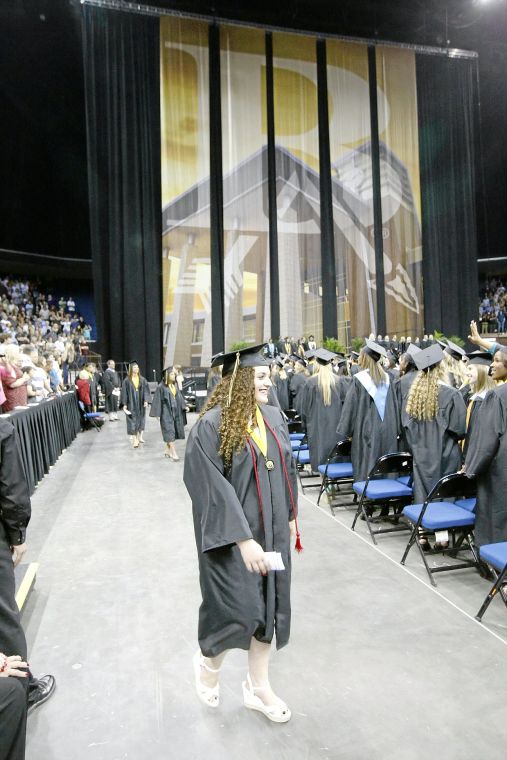 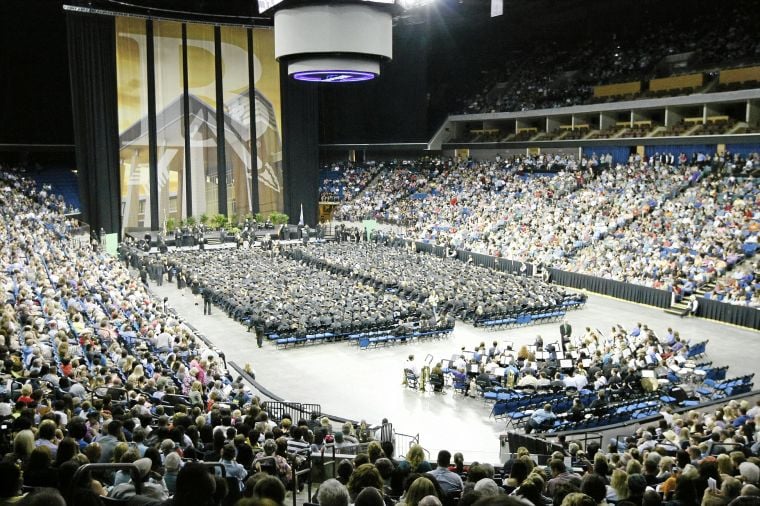 Photo Galleries: Graduations at high schools in the Tulsa area

Broken Arrow’s class of 2014 has the distinction of being the first to graduate at the BOK Center in downtown Tulsa.

On Thursday, more than 1,100 seniors walked across the stage in caps and gowns, later moving their tassels from one side of their mortar boards to the other to signify their achievement.

And while it is exciting to be the first high school class to graduate from the BOK Center, I’m most proud of our students.”

After years of holding its high school graduation at Oral Roberts University’s Mabee Center, as most larger area school districts do, the state’s largest high school outgrew the ORU facility.

“We understand the significance of this occasion and want to ensure that parents and family members are able to share in the event with graduates,” said district spokeswoman Shelli Holland-Handy. “We had to turn people away for the last three years at the Mabee Center, which is unacceptable.”

Holland-Handy said parents and others had urged the district to move to a larger venue so they could “be a part of this culminating experience for their kids.”

Seniors Nina Underwood, 17, and Caitlyn Hebert, 18, said they were relieved to be graduating at the BOK Center because they wanted all their family members and friends to celebrate with them.

“Last year, they turned away around 300 people,” Hebert said.

Underwood said she is really excited about being the first class to graduate at the arena, but she said it’s also nerve-wracking.

The class of 2014 is the largest in Broken Arrow history and garnered a record $6.1 million in scholarships, Holland-Handy said.

Mendenhall noted that this is the first senior class to have the girls basketball team go undefeated.

“You have been the class that has made history,” he said.