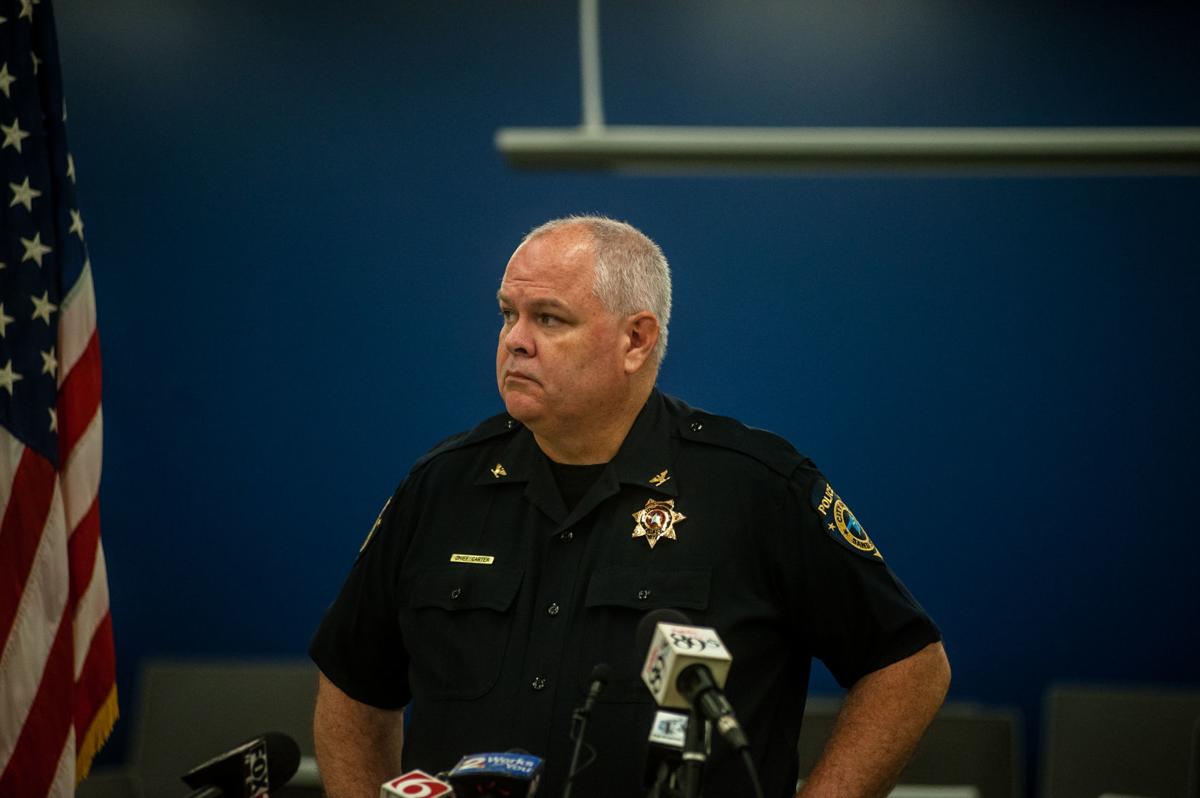 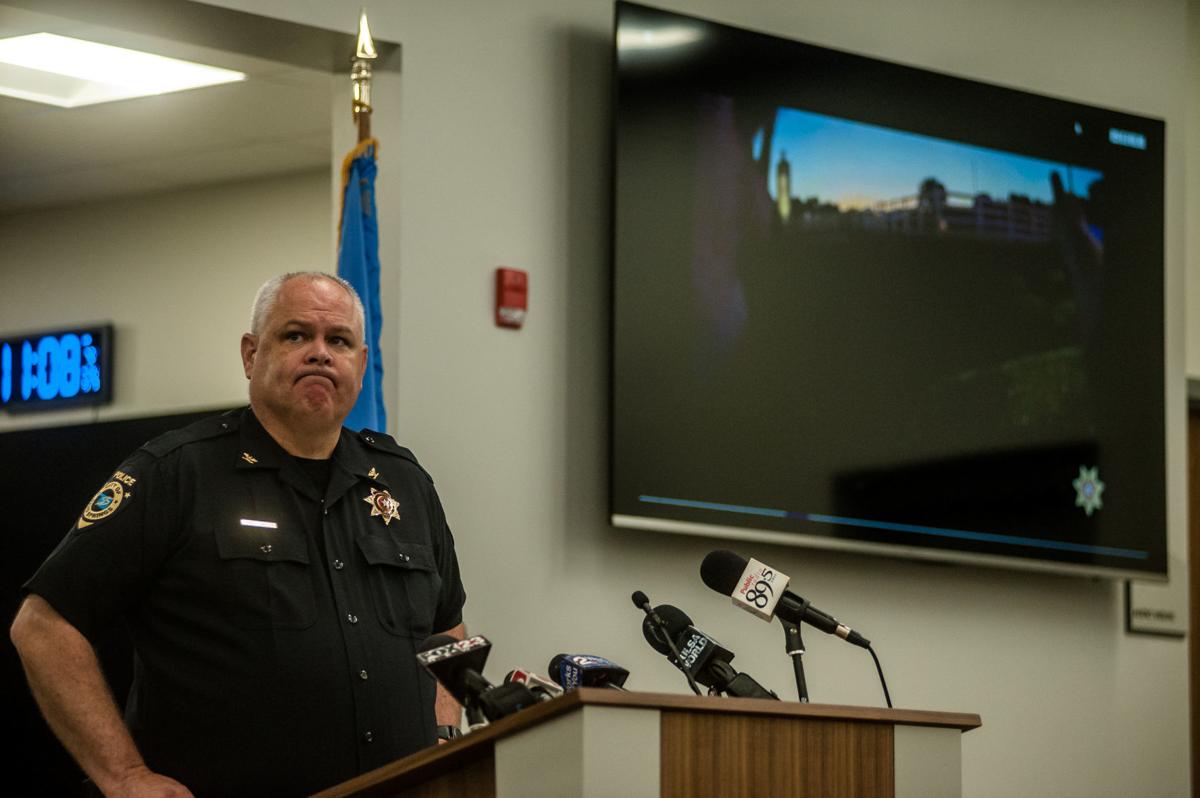 During a press conference Monday, Sand Springs Police Chief Mike Carter watches a video of the officer-involved shooting that happened in Sand Springs on Sept. 1.

During a press conference Monday, Sand Springs Police Chief Mike Carter watches a video of the officer-involved shooting that happened in Sand Springs on Sept. 1.

SAND SPRINGS — The man a Sand Springs police officer fatally shot about a week ago at the end of a high-speed pursuit had family close to the department’s chief, officials reported at a news conference Monday.

Police Chief Mike Carter said he knew Robert Desjarlais Jr.’s wife and sister personally, and he repeatedly expressed his and the department’s condolences “regardless of the circumstances” to the family throughout the conference.

Carter said he allowed members of Desjarlais’ family to view body camera footage depicting the fatal encounter before he released it to the public, a practice he called routine.

The footage shows 20-year veteran Lt. Kevin O’Keefe initiating a pursuit with a white car that police say he watched drive recklessly through an intersection, narrowly missing a truck in a perpendicular lane and a curb on the car’s passenger side, on the night of Sept. 1.

The high-speed pursuit, which continued for about 4 miles, ended at a dead-end gravel road in a rural area of Sand Springs in the 5600 block of South 145th West Avenue. Carter said it appears that Desjarlais turned around because footage shows his car coming back toward O’Keefe.

O’Keefe stopped his patrol car and stood outside behind his door with his gun drawn, yelling, “Stop the vehicle! Stop the vehicle, now!” as Desjarlais’s car approached his.

Carter said it’s hard to know how fast Desjarlais was driving toward O’Keefe at the time, but he said it was considerably slower than the speeds the pursuit reached.

O’Keefe fired four shots point-blank at Desjarlais as the car was crushing him, and the car continued rolling before it came to a stop.

Desjarlais, 49, died at the scene.

O’Keefe was treated at and released from a hospital, and Carter expressed gratitude that he was not killed or more severely injured.

Carter said the department’s pursuit policy discourages officers from putting themselves in the direct path of fleeing suspects, but he also emphasized that on either side of O’Keefe’s vehicle, there was room for Desjarlais to pass.

Carter said he didn’t know Desjarlais’ condition at the time of the pursuit and deferred that question to the Oklahoma State Bureau of Investigation.

The OSBI is investigating the shooting and will present a report to the District Attorney’s Office, which will determine whether it was justified.

Carter said the body cam footage would have been released sooner — the department strives to release footage of critical incidents within 72 hours — but there was a misunderstanding with the OSBI.

Carter also emphasized that the video shows that O’Keefe did not fire his gun until he was actually being hurt by Desjarlais’ car, and he ceased firing when the car passed him.

O’Keefe, whom Carter said had no history of using lethal force, remains on paid leave until the OSBI’s investigation is complete.