James Kidwell: The state says the convicted murderer is not eligible for dentures from the Department of Corrections because he does not have an identified medical necessity for them. U.S. District Judge Terence Kern sided with the state in his ruling but said he had “difficulty understanding” why the DOC decided to contest Kidwell’s lawsuit rather than provide him with dentures. 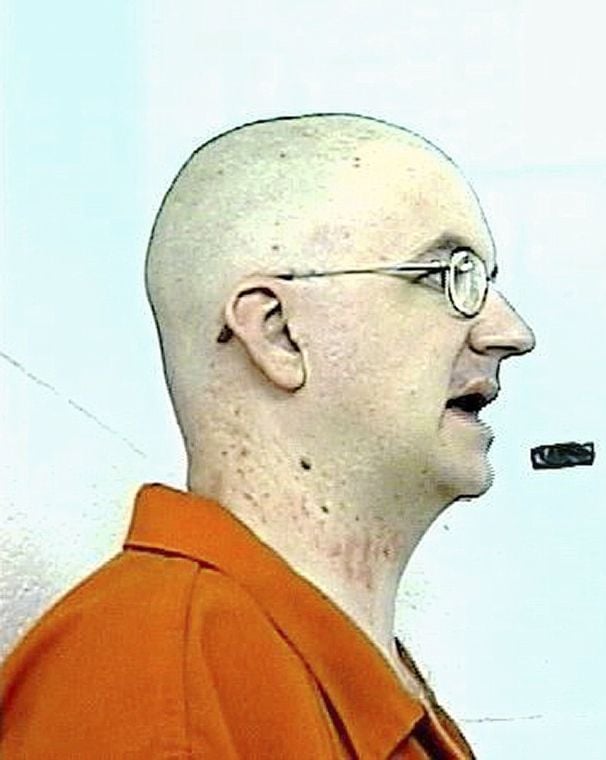 James Kidwell: The state says the convicted murderer is not eligible for dentures from the Department of Corrections because he does not have an identified medical necessity for them. U.S. District Judge Terence Kern sided with the state in his ruling but said he had “difficulty understanding” why the DOC decided to contest Kidwell’s lawsuit rather than provide him with dentures.

Photo gallery: A look at the inmates on death row in Oklahoma

A toothless Tulsa County triple murderer’s nearly decade-long quest to get dentures was dashed late last month when a federal judge dismissed his lawsuit against the state and corrections workers.

James L. Kidwell, who is serving three life-without-parole sentences, claimed he had suffered from digestion problems and had lost weight since being imprisoned in 2005 for killing three Tulsans.

Kidwell was convicted in the 2004 shooting deaths of Fred Barney, 50, his ex-wife Rebecca Barney, 42, and a bystander, Kenneth Maxwell, 24.

Fred and Rebecca Barney were shot inside their home near South Yorktown Avenue and East Fifth Street. Investigators suspect that Kidwell set fire to the house in an attempt to destroy evidence.

Maxwell, a passer-by who did not know the Barneys, was shot outside the house while he was calling 911 to report the fire.

Kidwell maintains that he has been given the runaround from corrections workers since asking for dentures immediately after being imprisoned in 2005.

But the state claims Kidwell doesn’t meet a Department of Corrections policy that will make dentures available only to inmates who have an identified medical necessity for them.

U.S. District Judge Terence Kern based in the U.S. District Court for the Northern District of Oklahoma, ruled against Kidwell, who filed the lawsuit himself.

But the favorable DOC ruling didn’t stop Kern from expressing puzzlement about the whole affair.

“Although the policy’s language is vague and indefinite, Plaintiff’s complaint of chronic constipation may qualify as a ‘medical necessity’ under the Dental Services Policy,” Kern wrote in a footnote to his ruling.

Kern noted that Kidwell easily satisfies the time restriction of having at least one calendar year remaining on his sentence.

“Under these facts, the Court has difficulty understanding DOC’s decision to defend this lawsuit rather than provide dentures to Plaintiff,” Kern wrote.

DOC spokesman Jerry Massie declined to comment on Kern’s criticism of the policy and the agency’s actions.

“Everything in dental is based on medical need,” Massie said.

“If somebody comes in with a serious abscess, that is going to go to the top of the list,” Massie said. “Dentures, they are going to look at, has there been any negative medical impact such as weight loss and those sorts of things.”

“Just a lack of teeth is not sufficient to raise that level of priority.”

The DOC’s criteria to meet the medical necessity for dentures includes a body mass index of 18.5 and treatment of certain gastrointestinal diseases in which the inability to chew food may adversely affect the patient’s condition.

Prison officials noted in 2011 that Kidwell had a body mass index of 26.8, which classified him as overweight. Body mass index is a measure of body fat based on height and weight.

Kidwell, who is 6 feet, 7 inches tall, would have to weigh no more than 163 pounds to qualify for a body mass index of less than 18.5, which is considered underweight.

DOC officials also note in the lawsuit that Kidwell has declined an offer from prison officials to be fed a soft-food diet, one that Kidwell maintains is actually a liquid diet.

Kidwell had 13 of his 14 remaining teeth removed when he was in the Tulsa Jail following his arrest. His last tooth was removed in 2006 by DOC officials, according to court documents.

Kidwell’s weight has fluctuated since he entered prison, when he weighed 209 pounds.

Responding to a recent DOC court filing, Kidwell pointed out that others with no apparent medical issues had received dentures from prison officials while his requests were denied.

Kidwell filed an affidavit from a fellow inmate who had received dentures from prison officials in March 2014.

“I am unaware of any ‘serious medical need’ that predicated my receipt of the dentures,” according to a sworn affidavit signed by inmate Greg Colbert Sr.

Despite Kidwell’s claim that his lack of teeth has caused him to suffer from significant weight loss, continuing pain, misalignment of his jaw, facial distortions and other issues, he failed to continually mention most of those issues after 2013, which is critical due to a two-year statute of limitations for such claims, according to Kern’s ruling.

Rather, Kern said Kidwell only complained recently of constipation and difficulty chewing food.

“It is conceivable that these purchases could contribute to and aggravate existing digestion issues,” Kern wrote.

“Upon consideration of Plaintiff’s dietary choices, including his canteen purchases and his refusal of a soft diet, coupled with his complaints limited to digestion issues, the Court concludes that Plaintiff failed to satisfy the objective component of a Section 1983 claim, requiring a showing of a serious medical need marked by sufficient pain or deprivation,” Kern wrote, referring to the federal statute dealing with such claims.