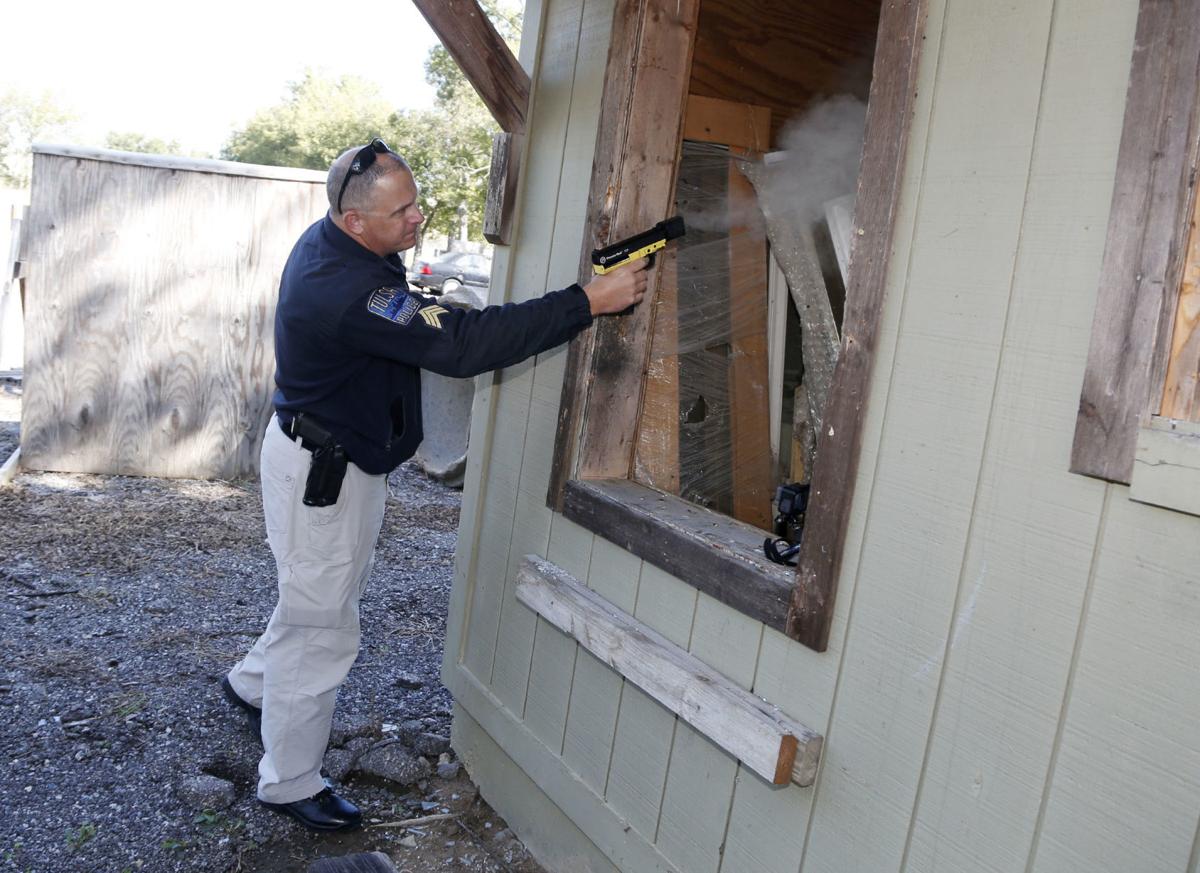 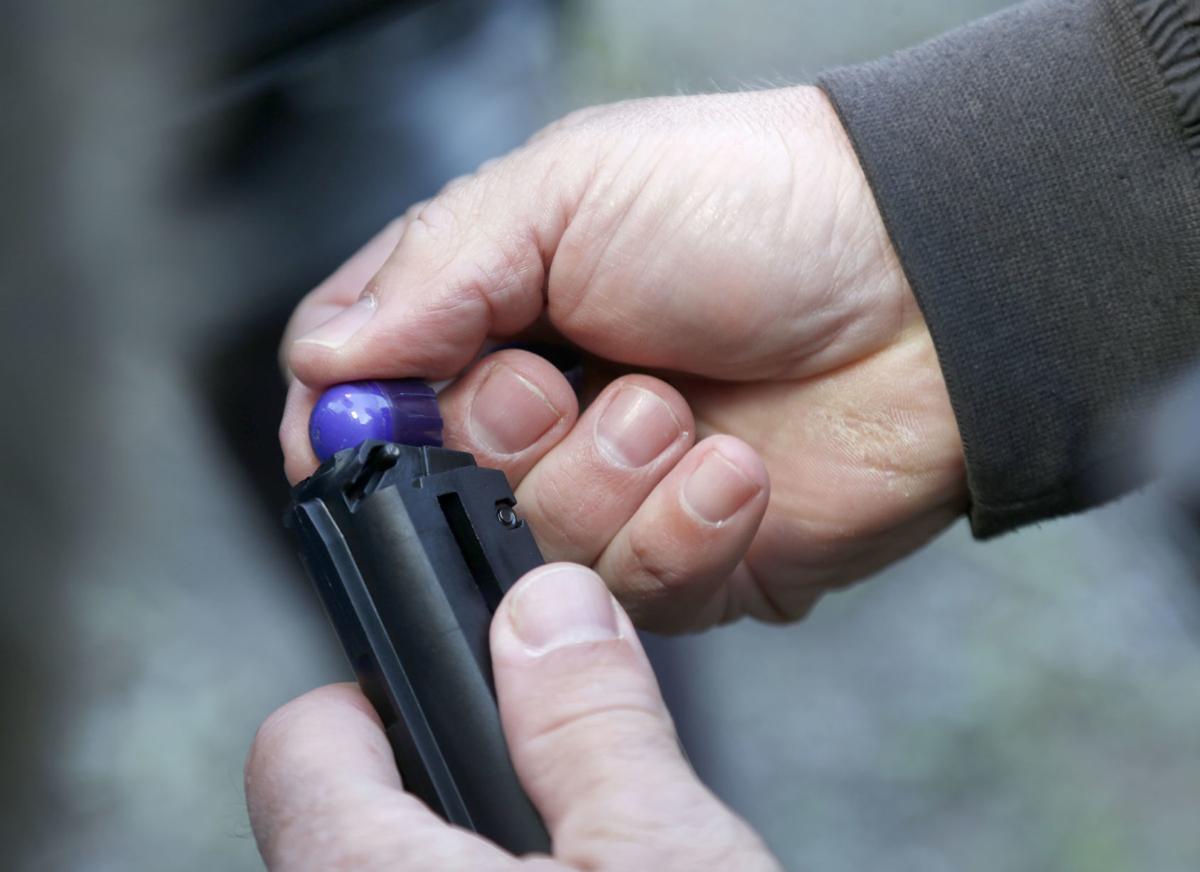 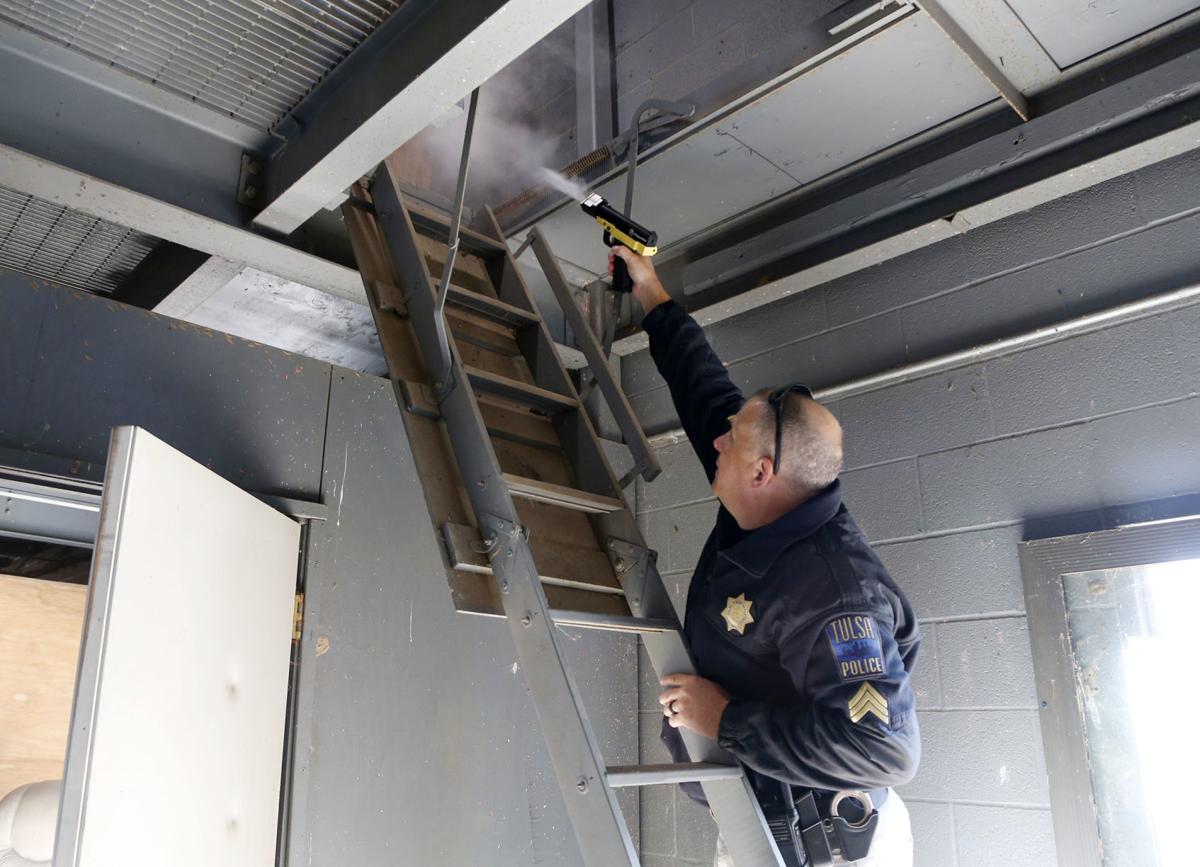 Sgt. Todd Taylor fires a PepperBall launcher into the attic of a training building at a Tulsa Police Department facility on Friday. STEPHEN PINGRY/Tulsa World 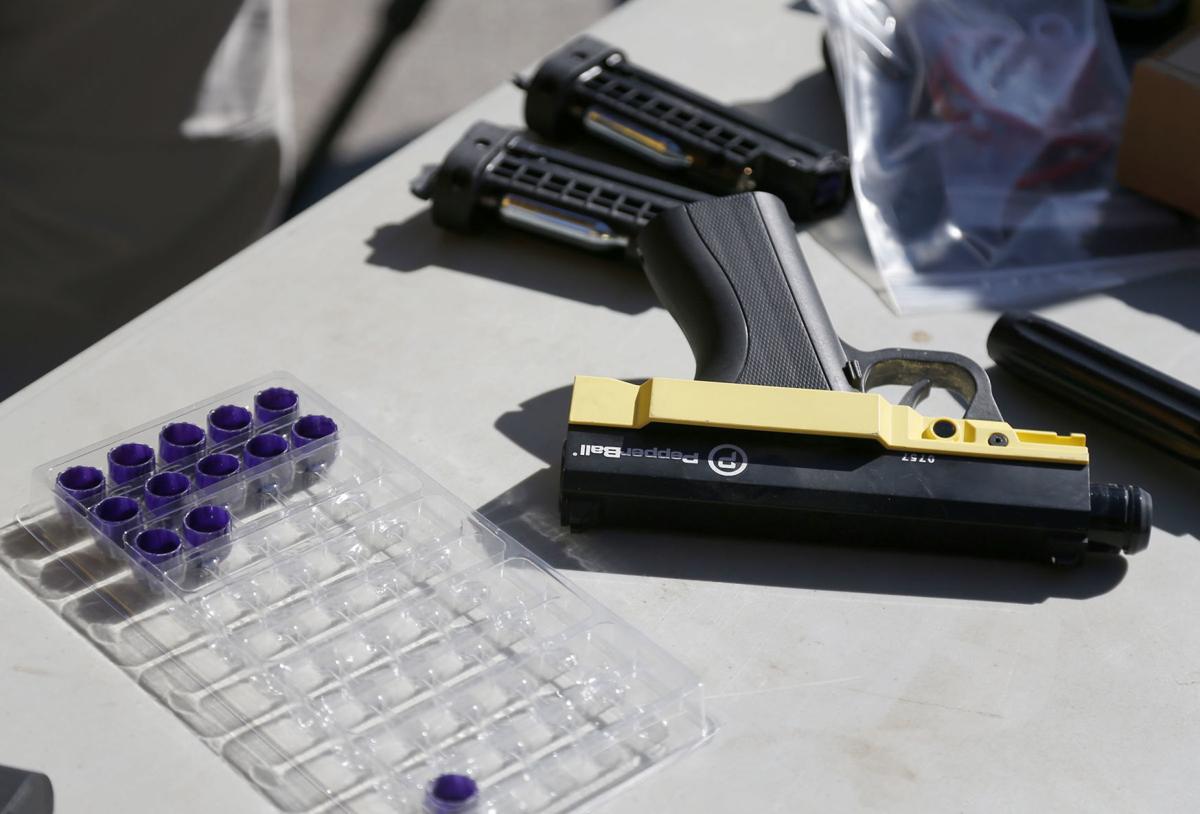 Sgt. Todd Taylor fires a PepperBall launcher into the attic of a training building at a Tulsa Police Department facility on Friday. STEPHEN PINGRY/Tulsa World

On a brisk Friday morning, Tulsa Police Sgt. Todd Taylor fired several rounds from a new department-issued weapon into the rear of a mangled black vehicle containing a person who was refusing to comply.

The veteran officer’s shots came from one of the 250 new PepperBall TCP launchers during a demonstration at the Tulsa Police Training Academy that showed the latest way officers can subdue individuals without relying on lethal force. The weapon will soon be distributed to field officers thanks to a donation from the Tulsa Police Department Foundation.

“I think the true benefit from the department’s standpoint is that the more options we have available, we will use less lethal options,” said Eckert. “If we have less nonlethal options available, then we’re either going (to use) hands-on (tactics) or we have to result in a higher level of force. Less lethal force is going to make it safer for everybody.”

The pistol-like weapon fires projectiles that release 8 grams of CO2 or nitrogen gas upon impact with a person or target.

The TPD Foundation, aided by public donations, bought 250 PepperBall kits at $900 each. The foundation hopes to gain supplemental funding in the near future to acquire an additional 150 kits.

Eckert said the guns — used by other law enforcement agencies and even by military personnel — are ideal for situations where suspects ignore verbal commands, are in confined spaces or hiding in attics that make it dangerous for officers to approach because of obstructed views.

Taylor illustrated that capability by shooting rounds from the PepperBall gun into the attic of a training building.

The gun also enables officers to deploy rounds from 150 feet away with accuracy and effectiveness, unlike Tasers, which require officers to be within 15 feet of an individual for the weapon to work as intended.

Though it wouldn’t be particularly necessary for individual officers to carry a gun, Taser and PepperBall launcher at once, another nonlethal weapon choice helps reduce serious officer or citizen injury, Taylor said.

“We can be at a greater distance and still use the appropriate amount of force,” he said.

“We do a lot of de-escalation through the words that we use and tactics that we use. At some point force is warranted and needed. This makes it safer for all.”