A Tulsa World analysis found that OHP troopers from the Special Operations Unit issued nearly one-fourth of the warnings and citations in the Sallisaw area, but nearly eight in 10 stops for following too closely were issued by SO troopers.  Tulsa World file 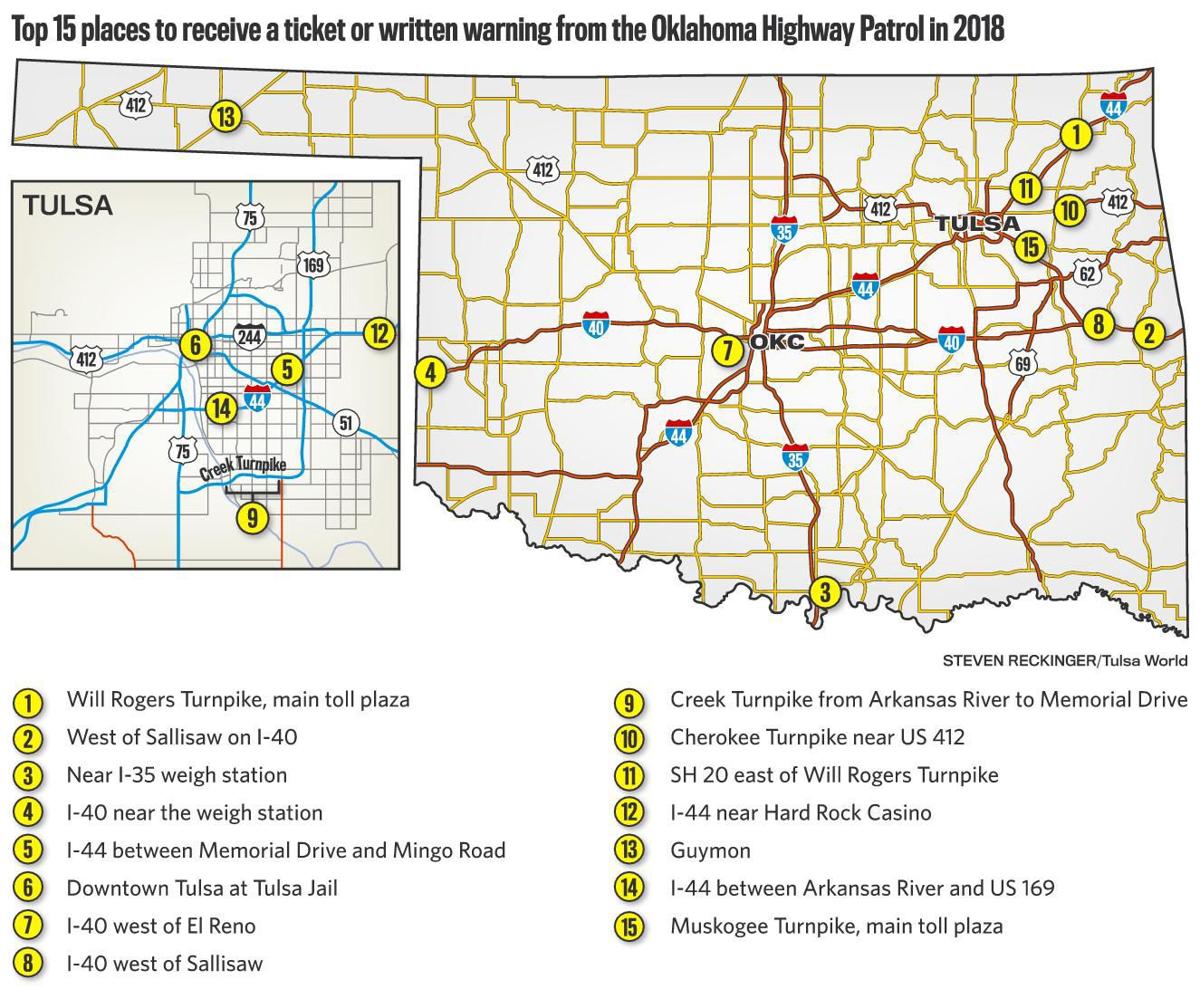 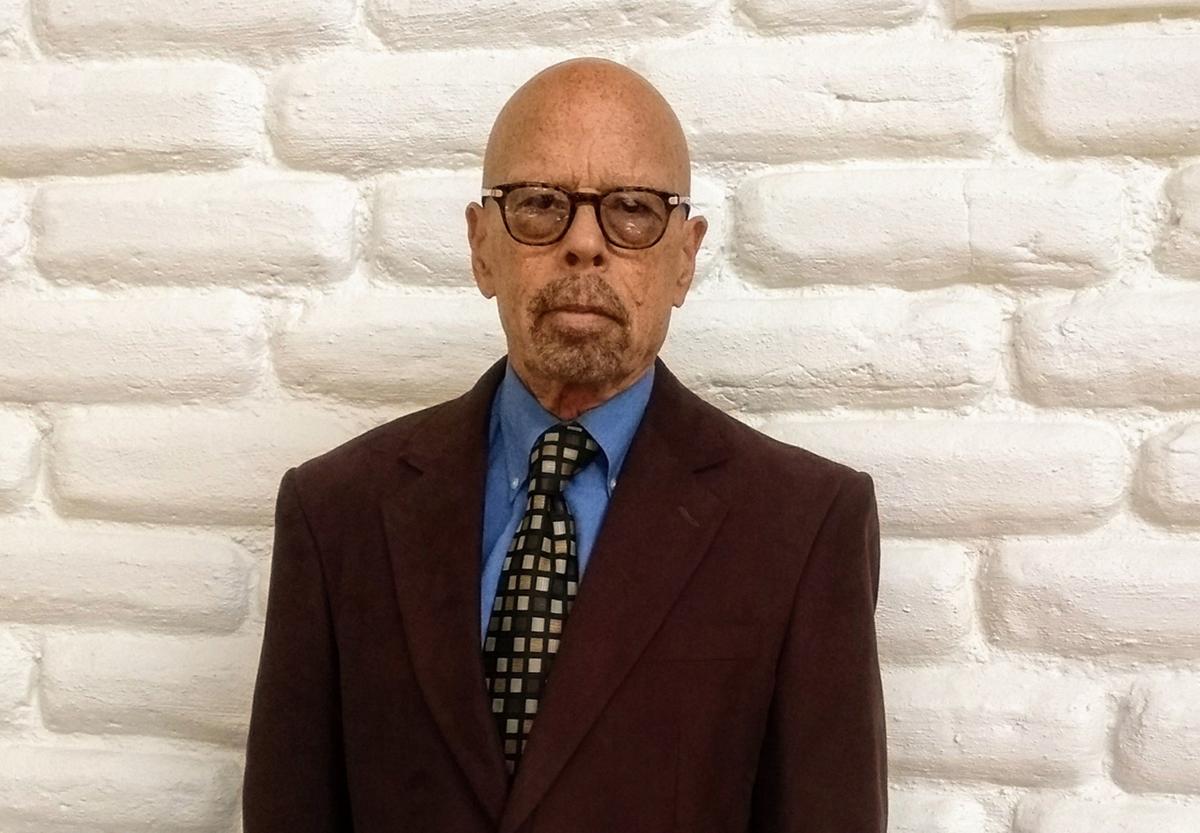 A Tulsa World analysis found that OHP troopers from the Special Operations Unit issued nearly one-fourth of the warnings and citations in the Sallisaw area, but nearly eight in 10 stops for following too closely were issued by SO troopers.  Tulsa World file

Speeding in Oklahoma: One guy was clocked going close to 200 mph. See which counties have the most, and fastest, offenders

Retired school superintendent John R. Phillips said he is accustomed to vehicles whizzing past him when he drives on interstate highways. That’s because he said he always sets the cruise control on his car to 5 mph under the speed limit.

So the 72-year-old said he was surprised when an Oklahoma Highway Patrol trooper pulled him over back in May while he was driving with his wife to a funeral in Arkansas.

Phillips, of New Mexico, said he had noticed one of two OHP vehicles leave the highway median near Sallisaw on Interstate 40 when he passed but didn’t pay any attention to it.

“But maybe a minute or so later, he pulled me over and said I was following too closely,” Phillips recalled in a telephone interview.

“As soon as the officer came up to the car and saw my wife and her little Yorkshire terrier in her lap, I think he realized he made a mistake,” Phillips said.

He said he didn’t dispute the trooper at the time, who issued him a written warning, even though he says now the trooper’s claim that he was following traffic too closely was “absolutely not true.”

Phillips, it turns out, was pulled over in the No. 2 area of the state for OHP stops in 2018, according to a Tulsa World analysis of OHP traffic citation data.

In 2018, OHP troopers issued about 4,400 citations or written warnings along a short stretch of I-40 just west of Sallisaw.

Only the area near the Will Rogers Turnpike main toll plaza in Craig County ranked higher in the number of stops in 2018.

Phillips said his concerns about the traffic stop were heightened when he relayed the I-40 incident to some longtime friends, both Missouri public school administrators.

“They said they were also pulled over (on I-40 in Oklahoma) for following too closely” the month before while traveling to Arizona, Phillips recalled. The friend, who is also black, said he also received a written warning, Phillips said.

He said he believes the incidents were not coincidental.

However, Phillips said he believes he was targeted for stopping because of his race. He also let Oklahoma state officials know about his concerns.

In a letter dated May 21 sent to OHP Chief Col. Michael Harrell, Oklahoma Attorney General Mike Hunter and Gov. Kevin Stitt, Phillips wrote afterward, “I firmly believe as African-Americans we were profiled, and I am confident that other African-Americans have experienced the same fate.”

Phillips, in the letter, wrote that the traffic stop along a busy highway for an “inexcusable reason” compromised his safety and the trooper’s.

“My primary concern is safety,” Phillips said in the interview. “Not only for myself, but the officer.”

Tulsa attorney Dan Smolen said following too closely, failure to signal a lane change and failing to wear a seat belt are all moving violations that are commonly used by some law enforcement as a pretext to stop motorists where the real goal may be something else.

“They are using those as precursors to engage with the person they want to get engaged with,” Smolen said.

Proving a traffic stop is a pretext for another reason is difficult, Smolen said.

“It’s your word versus the officer’s word, and as long as the officer maintains that you failed to signal, they have the right to stop you,” Smolen said. “And that’s what generates the start of this process that allows them to all of a sudden search your car” or frisk you for weapons.

Smolen said while the reason for stopping the motorist may be legal, it can be abused by law enforcement.

Since writing the letter, Phillips said he has heard back from the AG and the Internal Affairs Unit of the OHP. Representatives for the AG’s office indicated they were forwarding his complaint to OHP, while the OHP IA officer said he would review the incident.

Phillips said he received another letter from Harrell in late July or early August indicating that the incident had been investigated and that the trooper had been cleared of wrongdoing.

The World analysis of OHP stops in the Sallisaw area of I-40 found that troopers rarely issue citations in the area.

About 79% of the actions taken by OHP in the Sallisaw area were written warnings with a fraction — 4% of the total — for following too closely.

Statewide, troopers issued warnings to motorists in about 69% of their actions involving written warnings and citations.

The analysis also found that non-Hispanic blacks accounted for 8% of all stops statewide, which is in line with driving age population of blacks in the state, which was 7%.

However, blacks accounted for 14% of traffic stops in the Sallisaw area in 2018, or about twice the state driving age population rate.

About 2% of the population in Sequoyah County, which contains Sallisaw and the area where Phillips was stopped, was black according to the 2010 Census.

About a quarter of all stops in the Sallisaw area of I-40 were conducted by troopers from the agency’s Special Operations Unit, records show.

According to the OHP website, “Troop SO is a unit of specially trained Troopers that perform criminal interdiction throughout Oklahoma. Members utilize interviews, canines, and other equipment to detect and arrest criminals of all types as they travel the highways of Oklahoma.”

Records provided by Phillips indicate he was stopped by a trooper from the agency’s Special Operations unit.

The World analysis found that SO Troop units issued nearly one-fourth of the citations and warnings in the Sallisaw area, but nearly eight in 10 stops for following too closely were issued by the SO Troop.

Also, while about three of four OHP traffic stops involve motorists with an Oklahoma driver’s license, nearly 90% of stops by the OHP Special Operations unit involved out-of-state drivers, according to the World analysis.

Asked about Phillips’ allegations and the World’s findings, an OHP spokeswoman declined to comment.

“The letter you are referring to was sent to the AG’s office, and they treated it as a statutory racial profiling complaint,” said OHP spokeswoman Sarah Stewart. “So it is currently assigned for investigation per statutory requirements, and we can’t comment on a pending investigation.”

Phillips said he hopes the Highway Patrol will review its policies and training “to strengthen goodwill and relations with not only its residents, but law-abiding citizens passing through your state.”

Speeding in Oklahoma: One guy was clocked going close to 200 mph. See which counties have the most, and fastest, offenders

From 2015 through 2018, the Oklahoma Highway Patrol issued over 5,000 tickets to motorists accused over driving 100 mph or greater, according …

Tickets and warnings from the OHP: Where you are mostly likely to get them in Oklahoma

According to a Tulsa World analysis of 2018 Oklahoma Highway Patrol traffic citation data, here is where the most tickets/warnings were written.