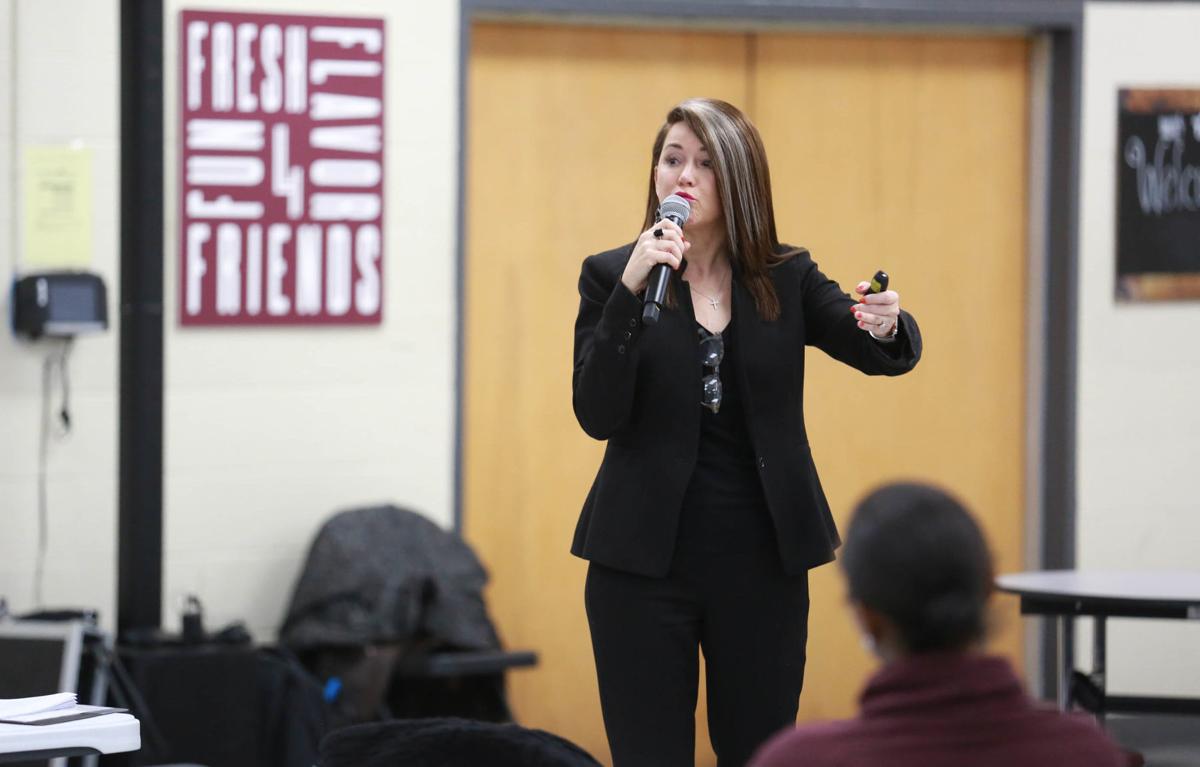 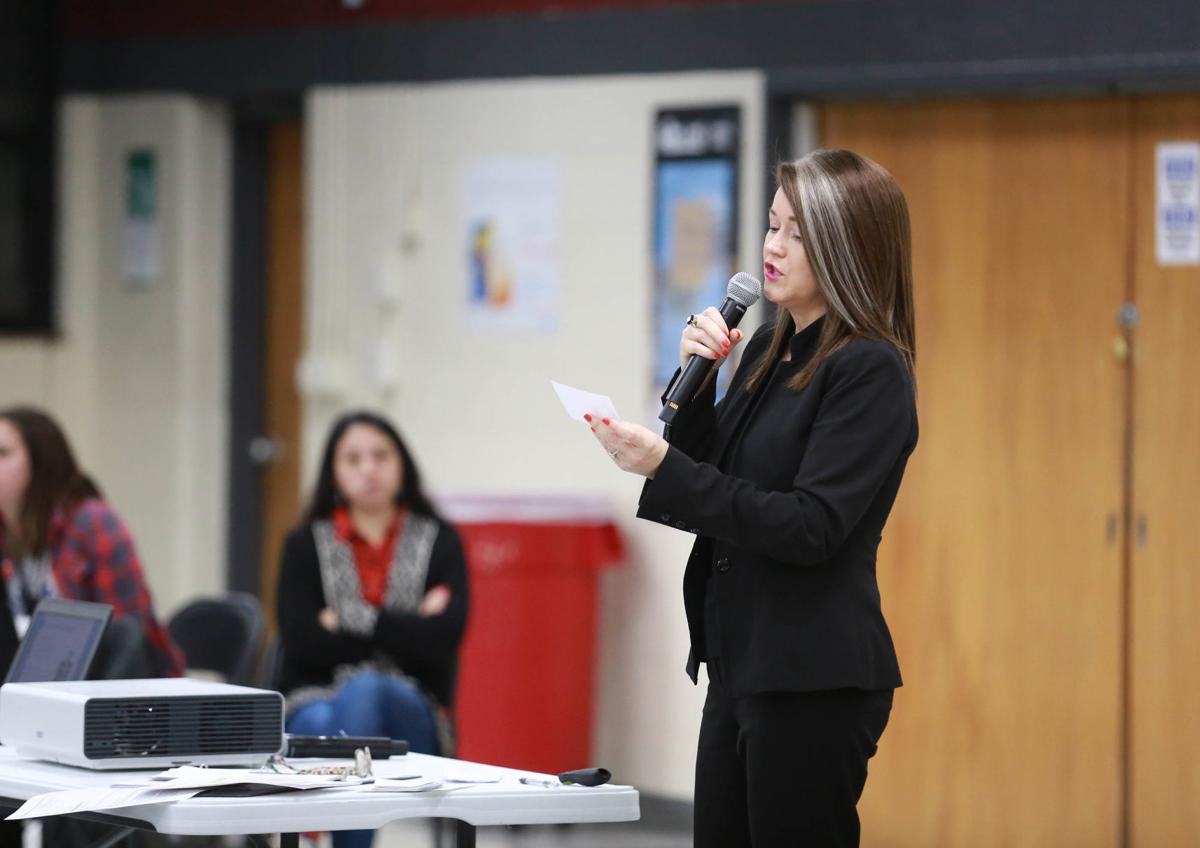 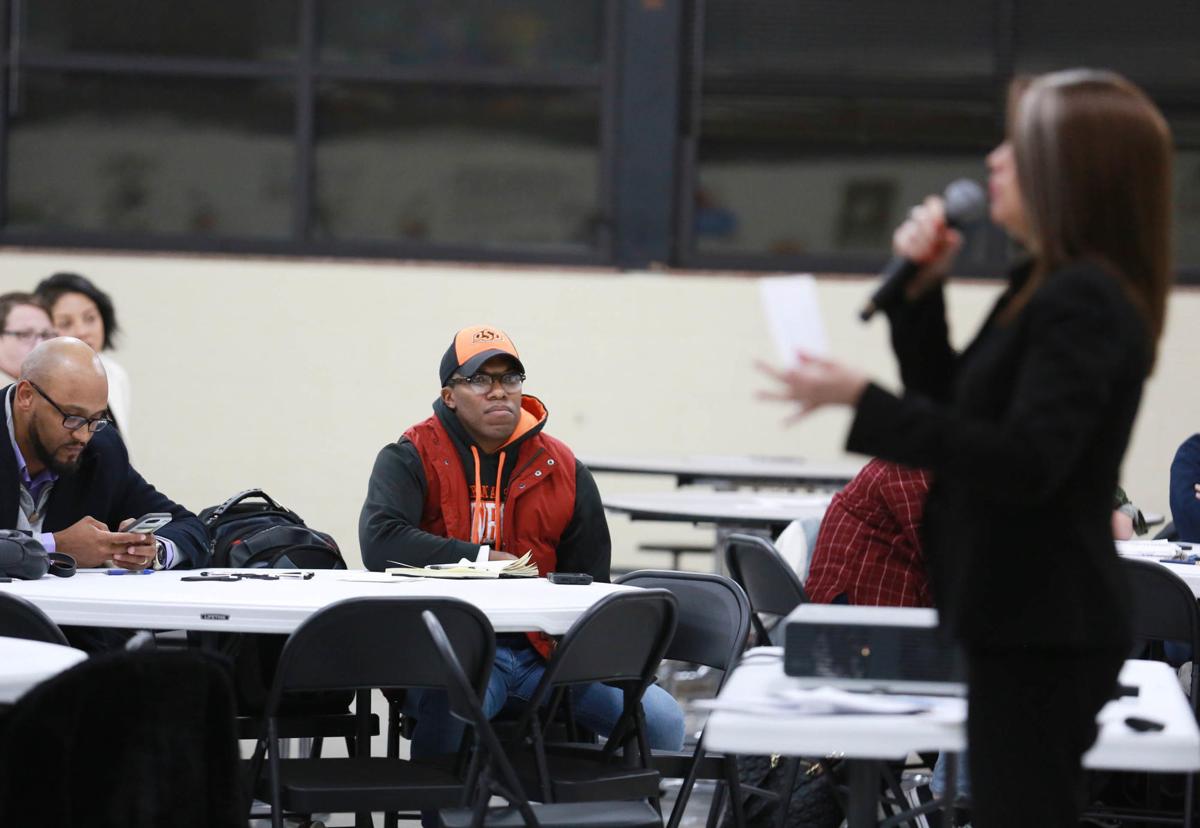 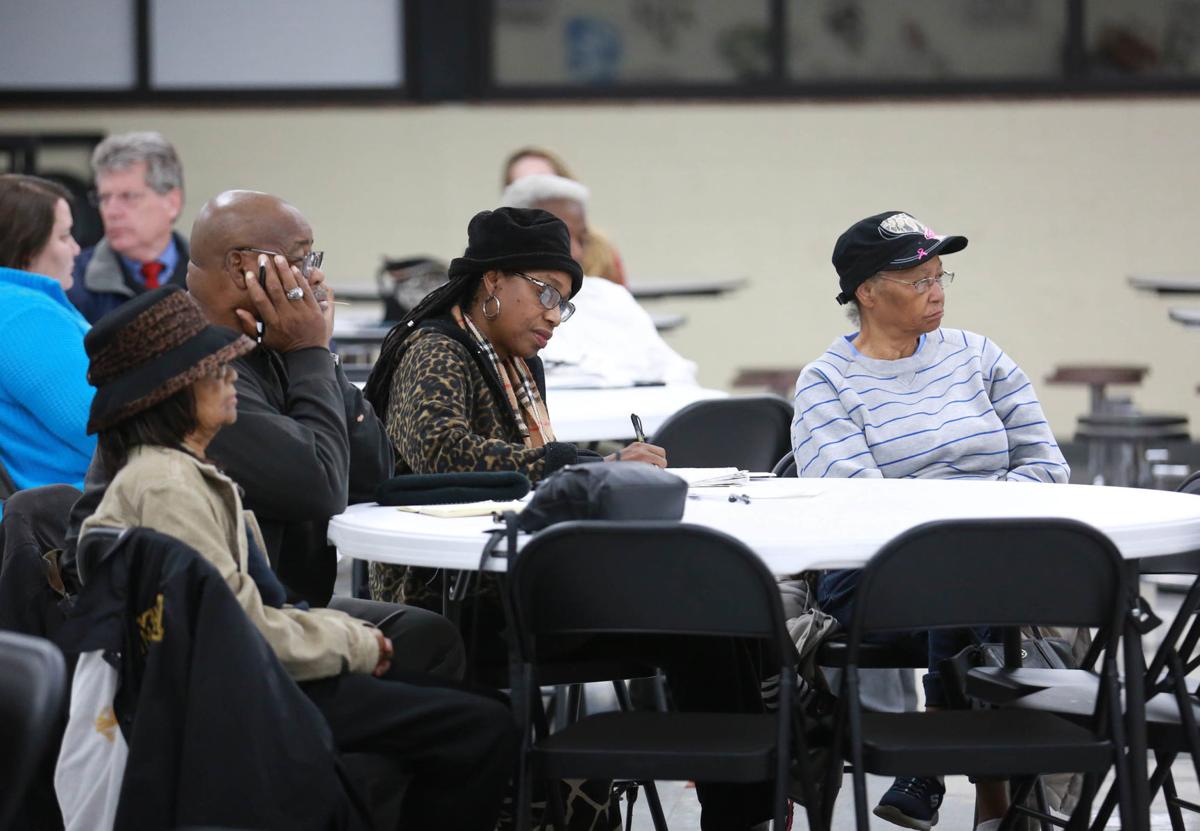 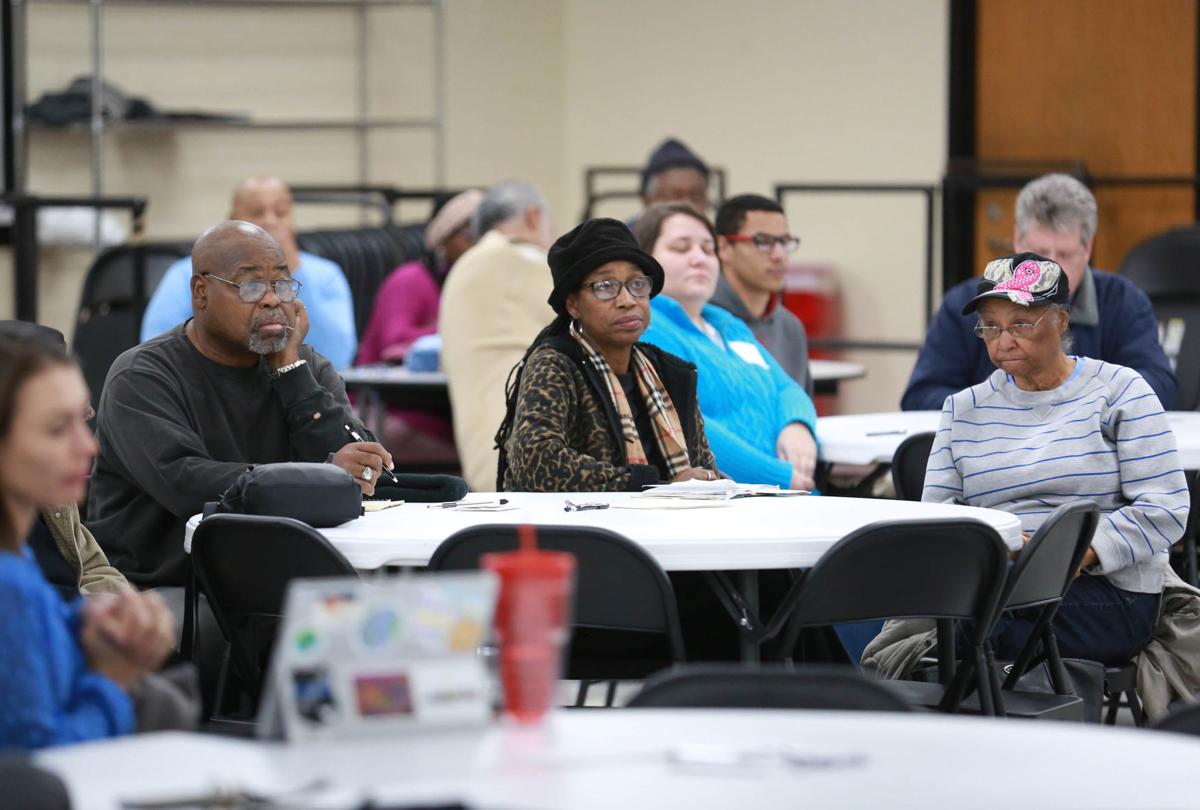 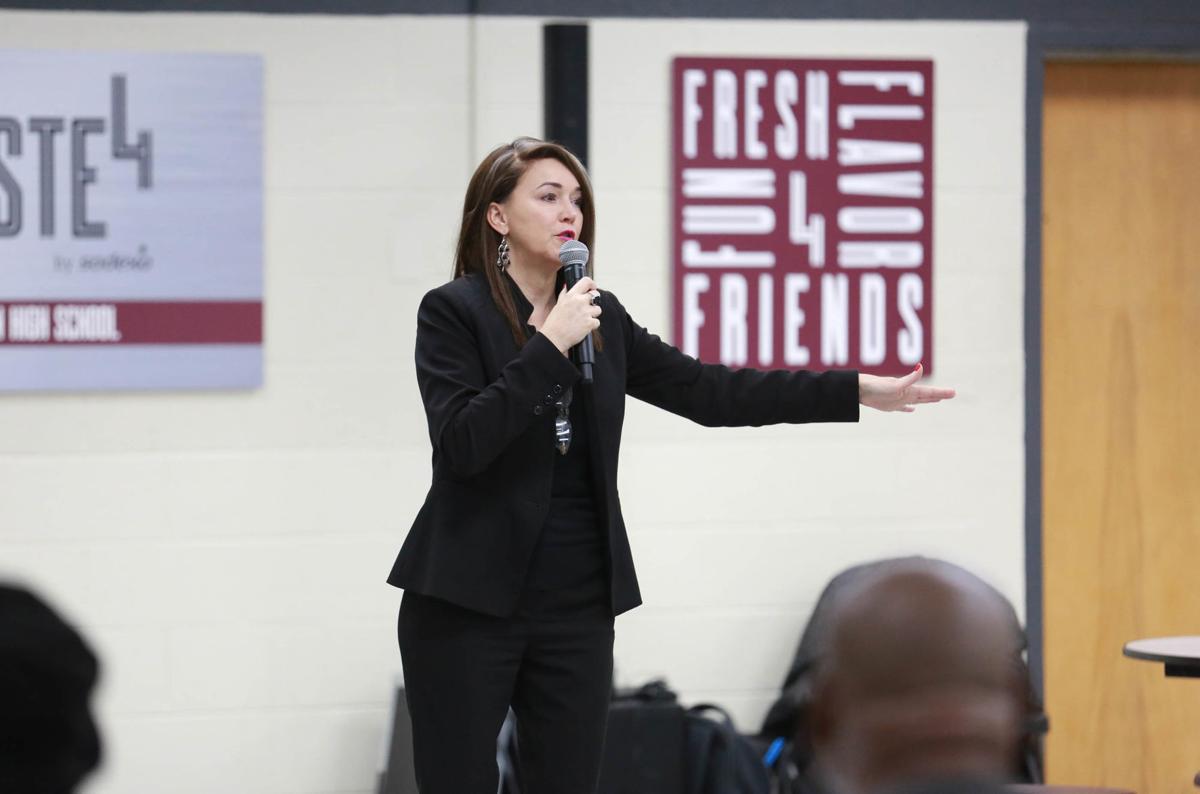 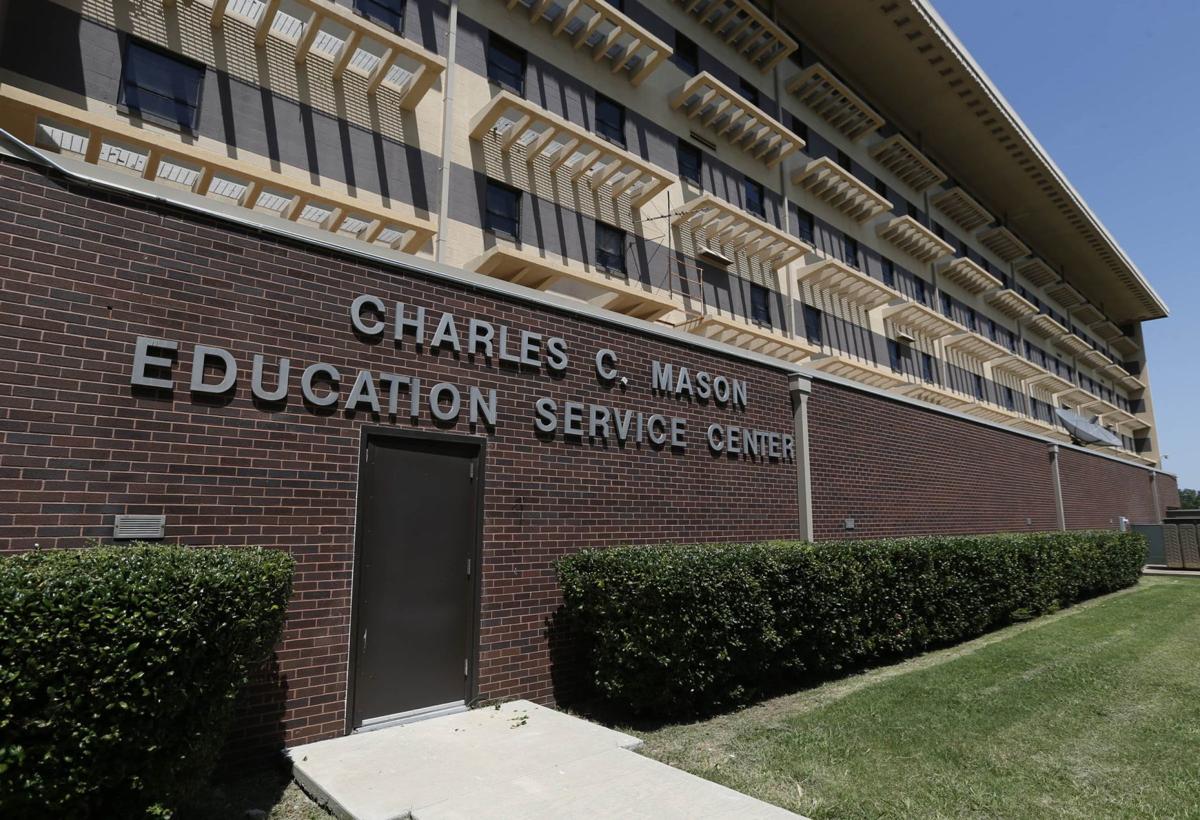 Tulsa Public Schools asked community members how to slash $20 million from the budget. Here's how they responded

Superintendent Deborah Gist summarized her intended recommendations to the school board at the first of four community meetings scheduled for this week. Dozens of people gathered in the cafeteria at McLain High School to hear how the school district plans to solve its latest financial shortfall.

The majority of the potential budget cuts — 75% — center on reductions to the district office, which include all employees who work outside the schools. About 10% of the cuts are expected to come from school closures and consolidations, while nearly 16% involve elementary staffing plan changes.

Gist said the recommendations were created with the community’s input in mind. During an extensive community engagement process, Tulsans consistently named teacher compensation, class sizes, and social-emotional learning and behavioral supports as the areas they value most. They also were most willing to make budget reductions related to student transportation and bell times, teacher leadership opportunities, building utilization and district office services.

Following the initial community meetings in October, district officials met in private working sessions with about 300 stakeholders to carve out the proposal using the gathered input.

If approved, the superintendent’s plan would save an estimated $13 million to $14 million through district office reductions, which include operational efficiencies as well as the creation and deletion of unspecified positions. Every district office team reportedly would be affected.

Most specifics about the district office changes won’t be released until late January or February to give district officials time to meet with employees whose positions are to be affected.

However, Gist said most of the reductions would not be personnel-related. For example, the district identified nearly $1.5 million in savings through changes in workers compensation and an estimated $2.5 million through changes to school bell times and managing vehicle parts.

“We really prioritized minimizing the direct impact on students and teachers,” Gist said. “It doesn’t mean there won’t be an impact, because the district office services we’re describing are there to serve families and schools, but it’s trying to limit the direct impact that the recommendations have on our teachers and students and our classrooms every day.”

Meanwhile, approximately $3 million would be saved through changes to the district’s staffing plans that would increase class sizes at elementary schools by an average of one student.

Gist’s proposal would base allocations for general education teachers on school-wide enrollment instead of grade-level ranges and increase the staffing ratio from 23:1 to 24:1.

This would bring the average elementary class size from 23 students to 24. Gist said 53% of classes would have fewer than 24 students, compared to 67% currently.

There would be no changes to the middle school or high school staffing plans. The superintendent noted that the numbers reflect what the staffing plan provides but not what school leaders may choose to do in their buildings.

The third recommendation, which was announced last week, centers on shutting down four elementary schools to save between $2 million and $3 million. Jones, Grimes and Wright would send their students to nearby schools next year, while Mark Twain would be consolidated into Wayman Tisdale Fine Arts Academy.

Gist said the district considered a number of factors to develop this recommendation, including historical and projected enrollment, current program offerings, building utilization rates, needs of the surrounding community and access to other schools.

TPS will hold meetings for families at the affected elementary schools next week to discuss other school options that would be available for their students.

Gist intends to present her proposal to the school board on Jan. 6, with board members voting Jan. 21. The board won’t consider personnel-related reductions to the district office until February.

If the board approves the recommendations, the district would begin hosting additional meetings with employees and families and plan to implement the changes July 1.

After listening to the intended proposal at Monday’s meeting, TPS employee and parent Tiffany Smith said she believes more than 75% of the overall reductions should be directed at district office services, starting with the pay of the superintendent and other top administrators.

“I think it’s a good idea to cut a lot at the top, but they’re not doing enough,” Smith said. “The closing of the schools is just making a small dent, and I don’t think that’s necessarily the best choice.”

Smith, who works at the recently consolidated John Hope Franklin Elementary School, fears that closing additional schools would make it more difficult for the district to solve its enrollment issues. TPS blames the budgetary shortfall on declining enrollment in addition to a decade of state funding cuts and has focused its efforts on reversing that trend.

“The district has a plan to bring students back,” Smith said. “So … if you keep closing schools, where are you going to put the kids that you’re going to get back? You need to keep some of them open so you have some place to put the future kids. They just closed (Gilcrease Elementary and ECDC-Bunch) and combined them to make John Hope Franklin Elementary. Now we’re in here like sardines. I can only imagine what it’s going to be like when other schools merge.”