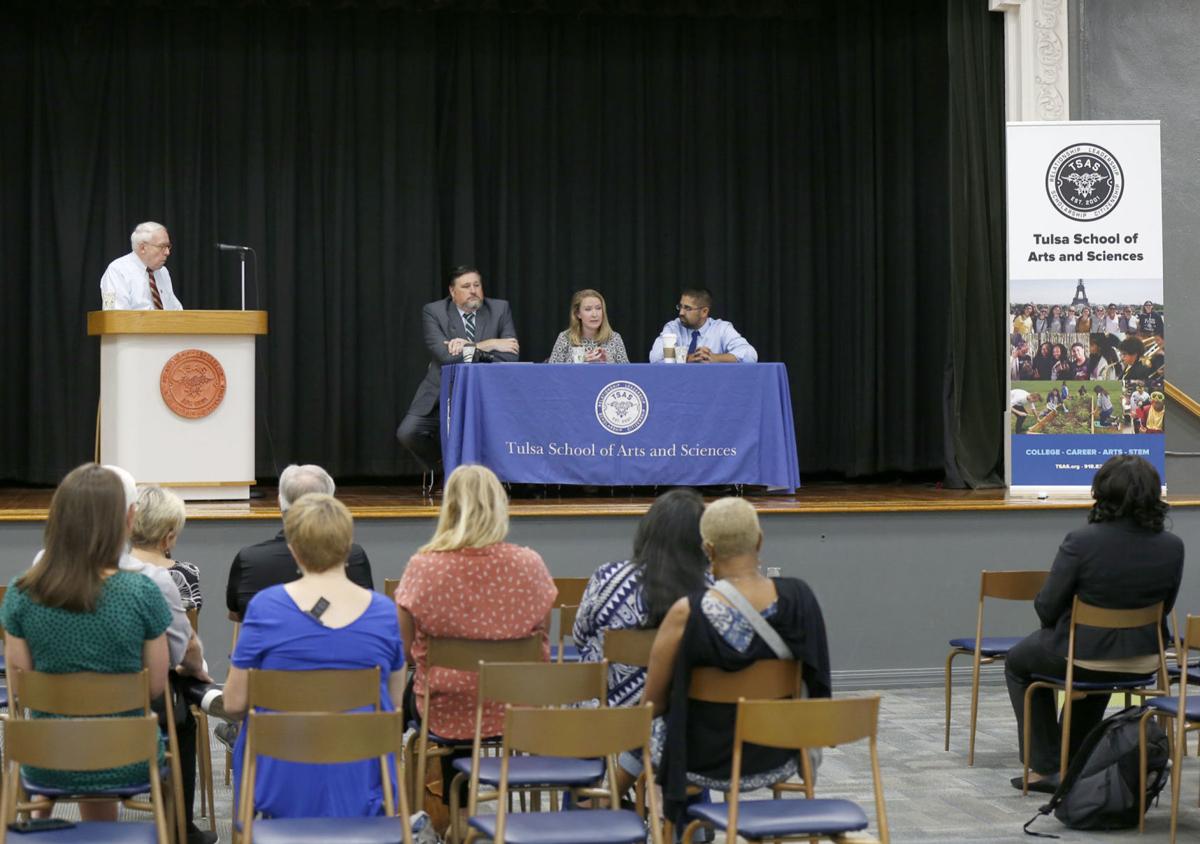 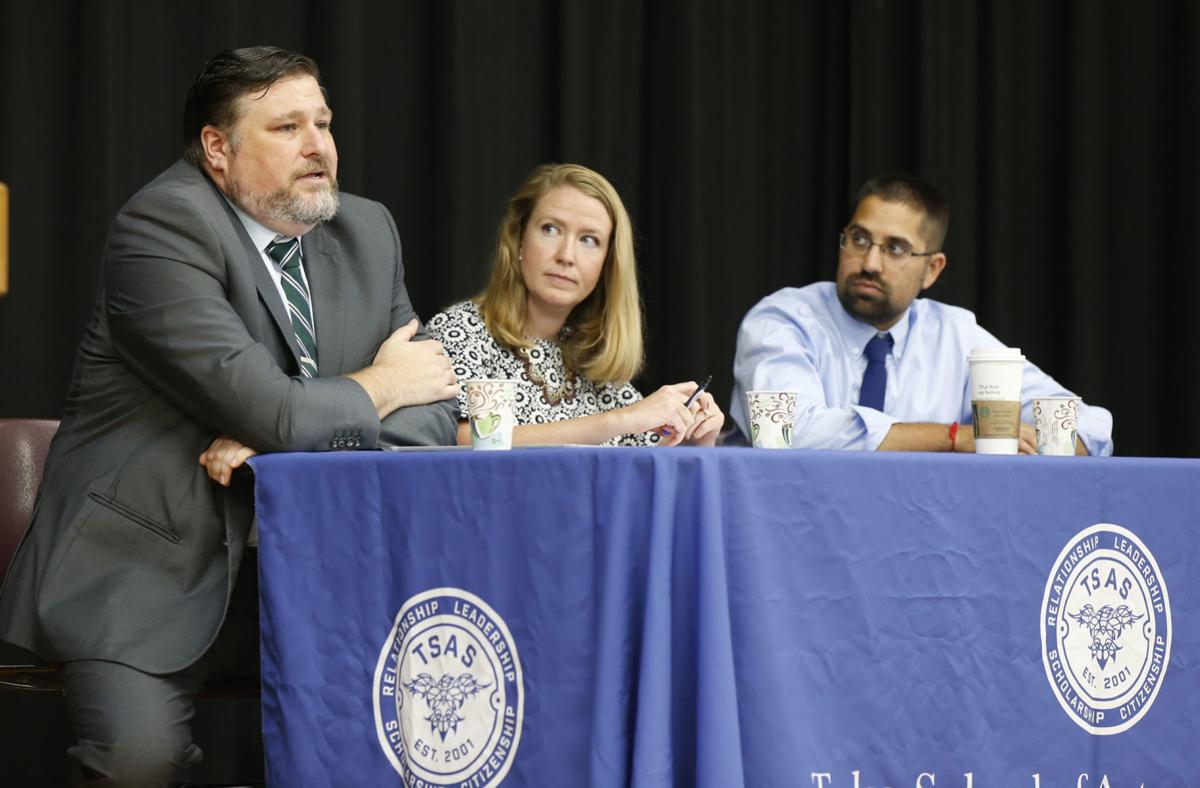 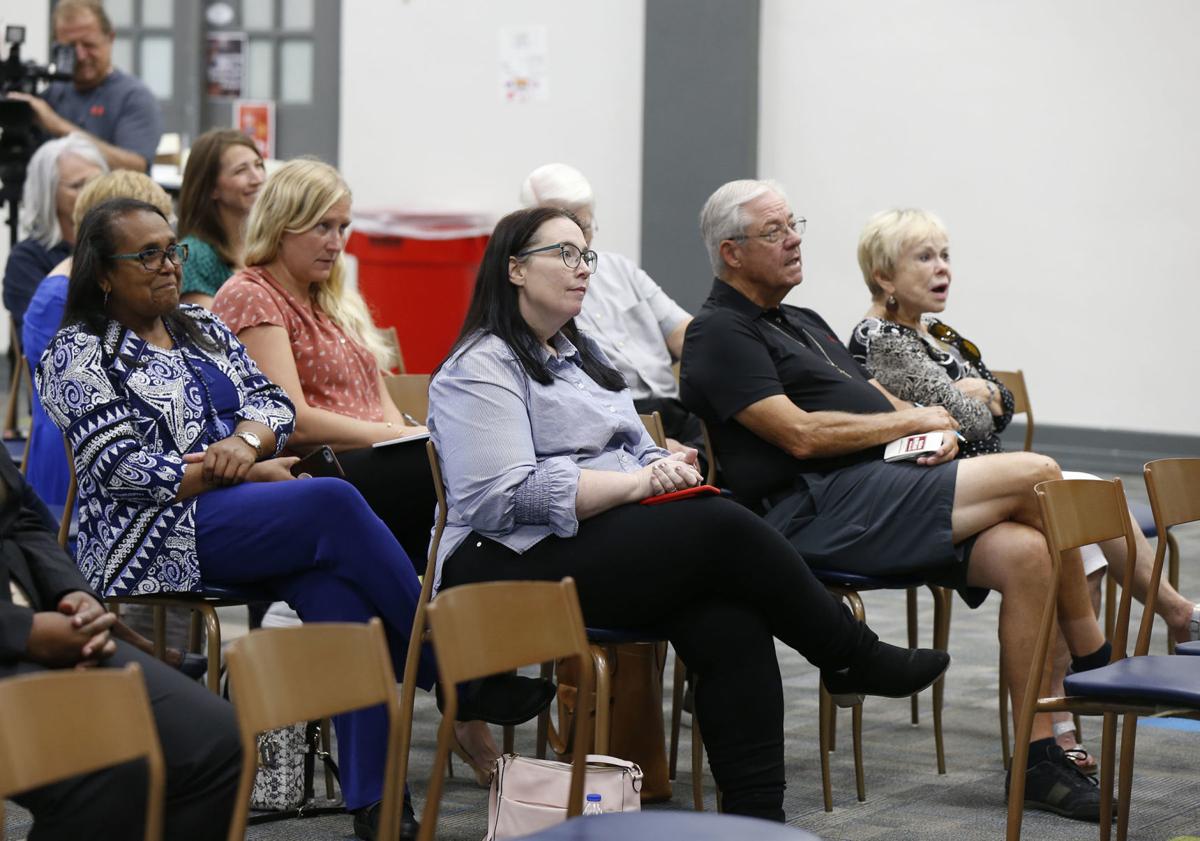 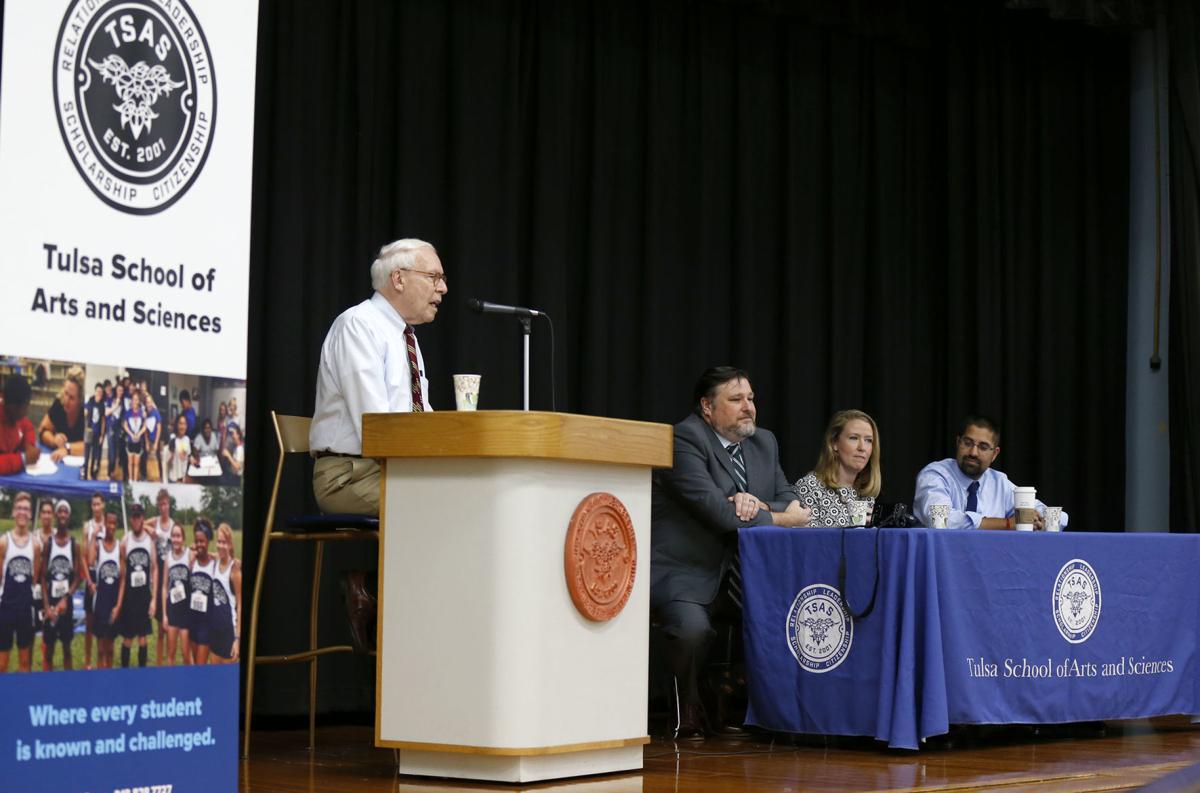 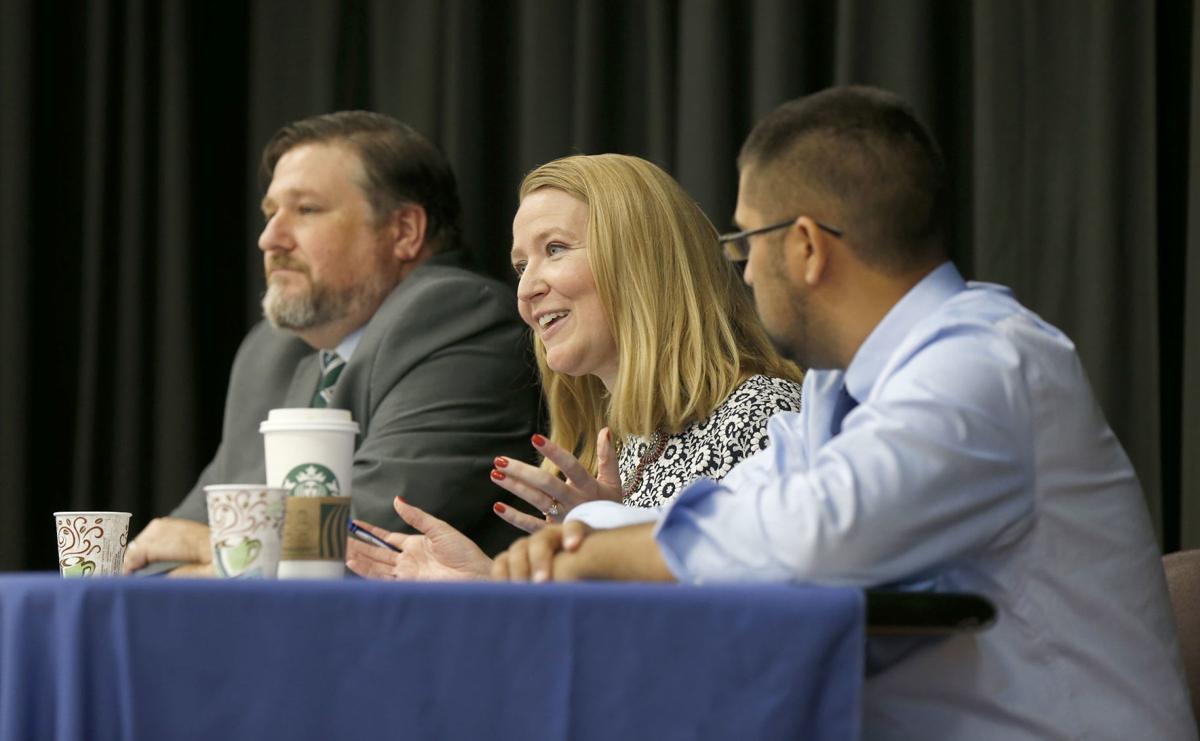 Panelists who have all worked for years in Tulsa-based charter schools fielded questions about how charters are funded, their student admissions practices and whether they actually spark any improvements or changes in traditional public schools. The public event was held at Tulsa School of Arts and Sciences, 1202 W. Easton St.

Right off the bat, Randle addressed a common misconception — that charter schools are private schools.

Charter schools are, in fact, public schools whose students attend by parent choice rather than assignment based on the location of their residence.

Charters are operated by independent boards and sponsored in Oklahoma by school districts, technology centers, colleges, universities and tribal governments. Like all public schools, charter schools are primarily funded with taxpayer dollars, but they are semi-autonomous because they are legally exempted from much of the government regulation on traditional public schools.

Panelist Eric Doss, director of quality charter services at the Oklahoma Public School Resource Center, said the real power charters possess to do things differently and to address their specific students’ needs comes from their legal autonomy and flexibility.

“They don’t have to wait for someone at 31st and Harvard to make the decision,” Doss said, referring to the location of the Tulsa Public Schools central administration building. “Magnet schools have been given autonomy since the ’70s here ... but they constantly have to fight for that autonomy. Charter schools have statutorial autonomy. To me, that’s the most important thing.”

Doss was previously the longtime director at Arts and Sciences, a TPS-sponsored charter school that serves students in grades 7-12. Now, he works at a nonprofit organization and provides support and technical assistance to public charter schools across the state.

Randle asked in a joking manner whether charter schools choose students “who will be easiest to educate,” but Ellen Dollarhide McCoy, who succeeded Doss as executive director at Arts and Sciences three years ago, explained that overseeing the admissions process is one her least favorite tasks.

The school’s only minimum requirement is that students reside within the boundaries of TPS, its sponsor. The trouble? Every year, more students apply than there are slots available, necessitating admissions by lottery.

“There are always people who don’t get in,” McCoy said.

Nikhil Kawlra, head of school at Collegiate Hall, said his middle school, which is co-located with Tulsa’s Marshall Elementary School at 1142 E. 56th St., has never had too many applications, so they simply admit every child whose parent signs them up.

The school currently serves grades 4-7, with plans to expand to pre-kindergarten through grade 8 by the fall of 2023.

To ensure students from all over the city have access, Collegiate Hall devotes $87,000 of its annual budget to school bus service with 13 different stops. Kawlra said this way, if a family relocates from south Tulsa where the school is located to east Tulsa, students can still “have consistency in their schooling.”

When Randle asked whether anyone in attendance had questions, one man asked whether charter schools ever brought about any improvements or changes in traditional public schools.

McCoy said one idea that is working at her school that may serve as an example for others is shifting the school day back one hour — to 9 a.m.-4 p.m. — to improve tardy and attendance rates.

Doss pointed to “the big elephant in the room,” Epic Charter Schools, whose popularity has prompted a slew of traditional school districts to suddenly add a virtual school option.

“I don’t think districts realized people wanted something like that,” Doss said. “Tulsa had a small virtual school, but they’ve bolstered that. It’s a paradigm shift. Now the suburbs are adding that option.”

Andrea Castaneda, chief innovation officer at Tulsa Public Schools, was slated to appear on the panel but did not attend.