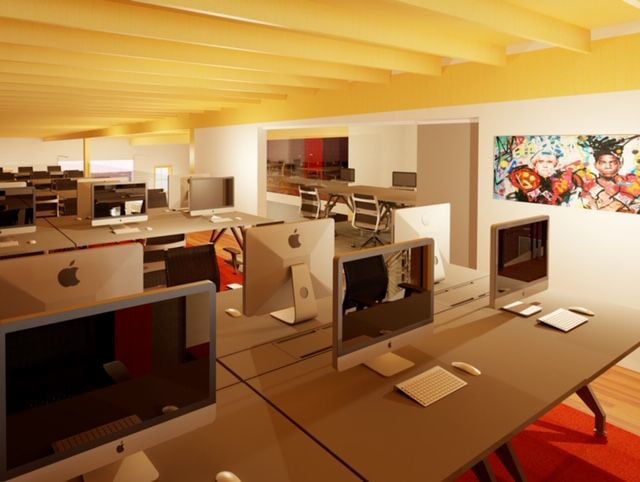 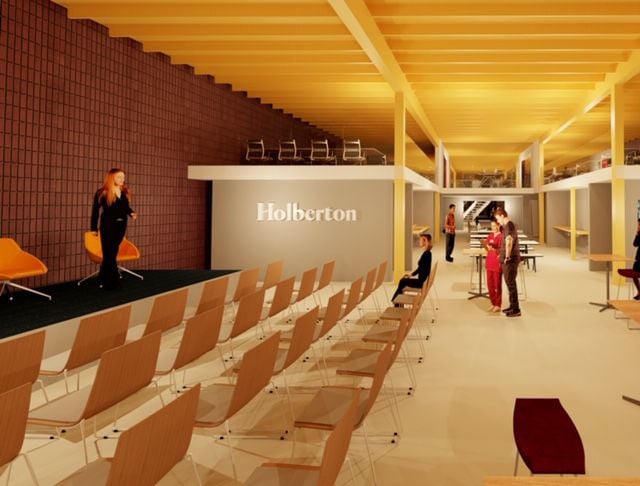 Holberton School, an innovative software engineering program that values its students’ motivation and resilience over their education and experience, will open a campus in Tulsa in January.

The two-year coding school is open to anyone with a high school diploma or an equivalency degree. Students pay no up-front application fees or up-front tuition, instead paying a portion of their salaries to Holberton for a limited time once they obtain a job earning more than $40,000 a year.

Holberton plans to open its Tulsa campus in the Arts District with 30 students. By the end of 2020, it hopes to have 90 students, with a long-term goal of 500. Students who qualify will be eligible to receive a living stipend of up to $1,500 a month.

Applications are being accepted online at www.holbertonschool.com.

“We were looking for another location in the United States that would not be a coastal location,” said Pauline Cohen Vorms, Holberton’s director of business development and partnerships. “We were also looking for a location that could on the one hand be more accessible and affordable for our students, but also have the local ecosystem for them (students) to stay and find employment and contribute to the economy.”

Tulsa turned out to be Holberton’s choice for its third U.S. campus in no small part because of the George Kaiser Family Foundation. GKFF reached out to the school about a year ago.

Now, for the first time in its brief history, Holberton is joining with major foundations to establish a campus. GKFF and the Charles and Lynn Schusterman Family Foundation are providing the funding for the living stipends, which at some point could be expanded to include housing.

“When we met the George Kaiser Family Foundation and we came to Tulsa, we were really impressed,” Vorms said. “We looked into it, we came, we saw representatives of the community, of industry, and found that this would be a fantastic place for a campus.”

Ben Stewart, senior program officer with GKFF, said Holberton’s mission to improve access to education and prepare students for the work world aligns with the foundation’s mission, which includes attracting and retaining a strong workforce for Tulsa.

Add to that the fact that the local economy has approximately 9,000 job openings that require technical talent, Stewart said, and the partnership makes sense.

“We felt like this was a really unique opportunity for Tulsa to bridge some of the talent that’s already here that is underserved and underskilled,” Stewart said, “and really move it to the next level knowing there were jobs on the other end of the equation.”

Holberton uses an income share agreement to collect its tuition. Typically, students pay 17% of their salaries to the school for the first 42 months after participating in the program.

As part of Holberton’s agreement with GKFF to establish a campus in Tulsa, local Holberton students will pay 10% of their salaries as long as they remain in the Tulsa area to work.

“We see this as an important step in creating an inclusive tech community by allowing folks of all backgrounds to have access to this world-class training,” Stewart said.

Support from local businesses will be key to making the initiative a success, Stewart said.

“We ask potential employers to partner with Holberton through internship opportunities and beyond to secure talent in the Tulsa region,” he said.

Vorms said the living stipend is not offered at any of Holberton’s other campuses and will be a big help to local students.

“It is an intense, full-time program,” she said. “Students spend on average 60 hours a week studying, so if they don’t have the financial means, it’s hard for them.”

Holberton School was founded in San Francisco in 2016 by Sylvain Kalache and Julien Barbier.

Its mission is to provide an accessible, affordable education for individuals who, for whatever reason, do not want to pursue a four-year college degree in software engineering.

“We are not really competing with universities,” Vorms said. “We are targeting the 90% of the student population who cannot afford a traditional university setting, who can’t afford getting into student debt.

“We are also addressing the student who hasn’t had the traditional past but has the talent and the motivation to thrive.”

Holberton also takes a different approach from universities in preparing its students to become software engineers.

“We are trying, basically, to mimic, as much as possible, that future workplace where, most of the time, software engineers get assignments to solve and work in teams,” Vorms said.

What you need to know about Holberton School

There are no teachers. Cohorts of students work independently and together with an emphasis on problem-solving, collaboration and soft skills such as public speaking.

The Holberton program lasts up to two years. The first year, students focus on fundamental skills, followed by up to a year of specialized learning in fields like machine learning and cyber-security.

Mentors from local companies assist with project offerings and consultations but do not serve as teachers.

Students must be 18 years old and have a high school diploma, or an equivalency degree.

There is no up-front application fee or up-front tuition. Instead, students pay Holberton a percentage of their salaries once they obtain a job and earn more than than $40,000 a year.

The school was founded in San Francisco in 2016 by Sylvain Kalache and Julien Barbier.

Holberton has campuses in San Francisco, California; New Haven, Connecticut; three in Columbia, and one in Tunisia.

Tulsa’s Holberton campus is scheduled to open in January at 15 N. Cheyenne Ave. A larger campus could be constructed as school enrollment grows.

Students who qualify could receive a living stipend of up to $1,500 a month.

Applications are being taken online at www.holbertonschool.com.

Note: Holberton officials say the application tests a person’s problem-solving skills and his or her ability to persevere until the task at hand is accomplished.

Employment numbers were available only for Holberton’s San Francisco campus because it is the only campus to be open for a complete year.

Sixty-six people have graduated from the San Francisco campus since it opened in 2016. Every student found employment within three months of graduation.

The San Francisco campus currently has 370 students enrolled, 120 of whom took a job or an internship after their first year of school but are still considered students because they have not completed the program.