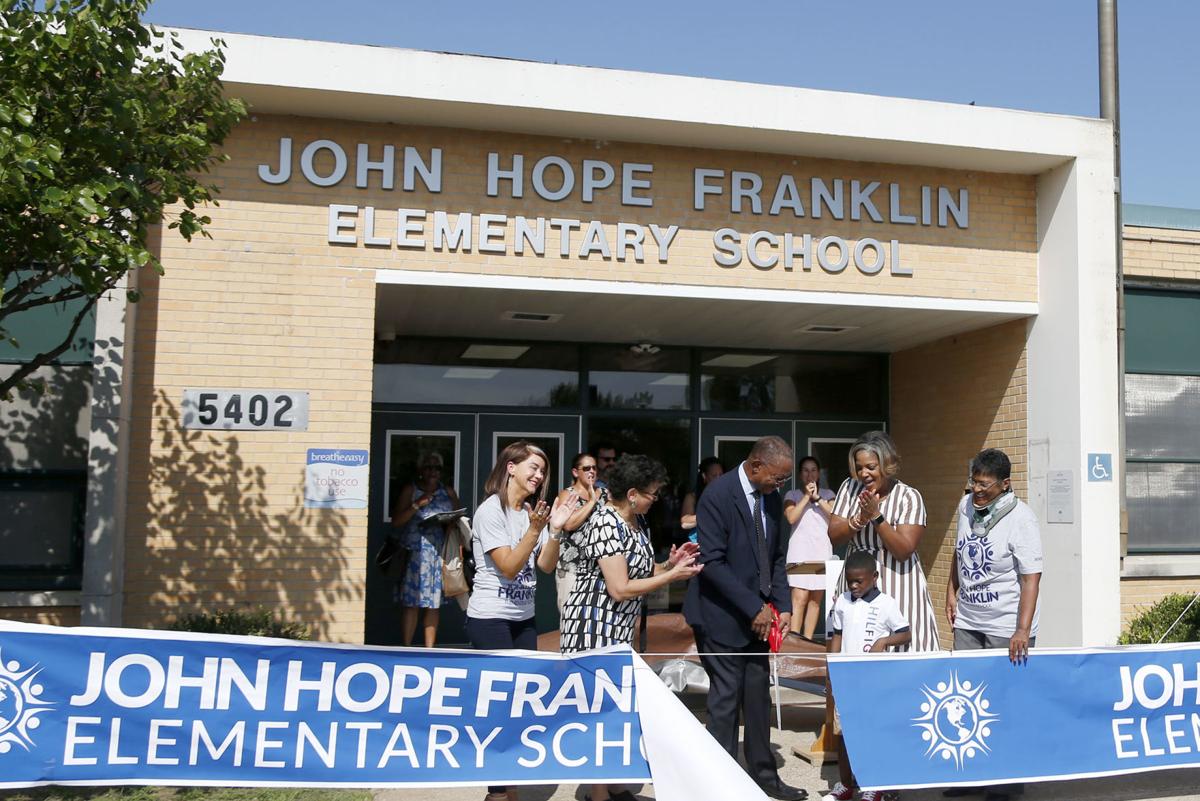 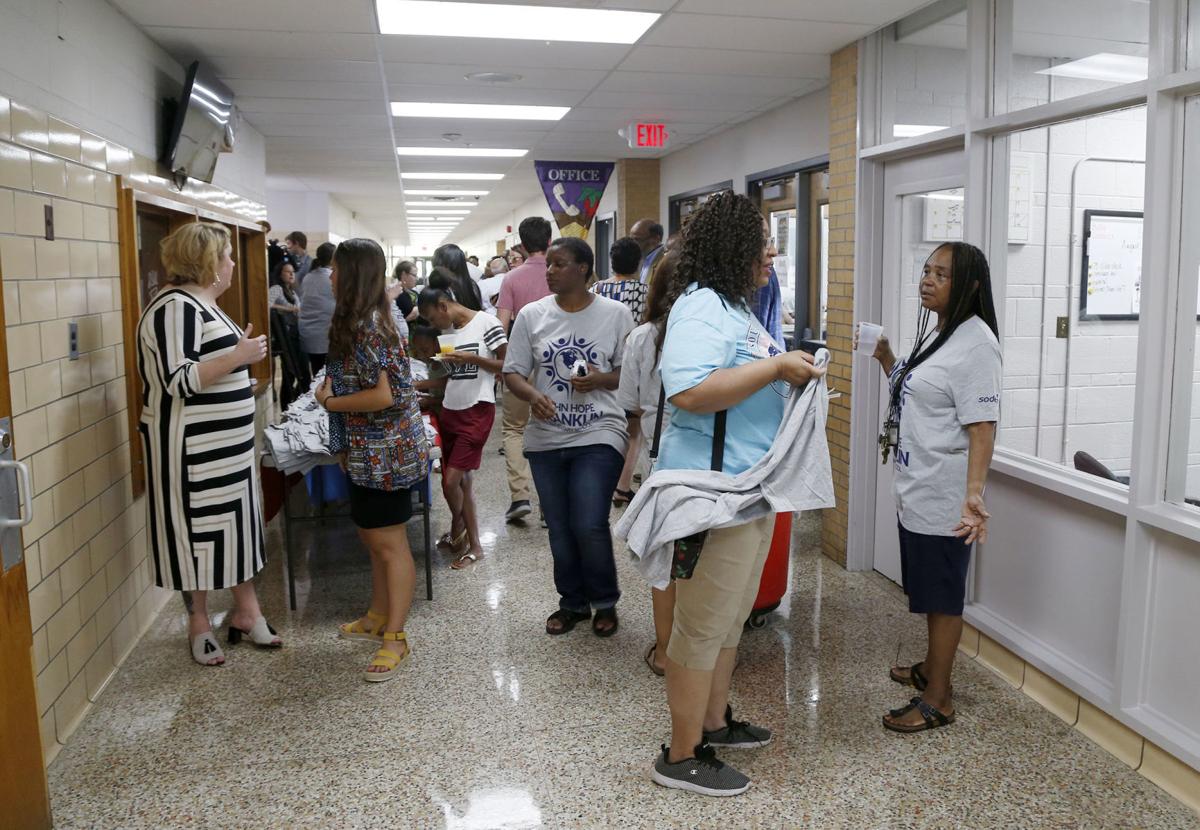 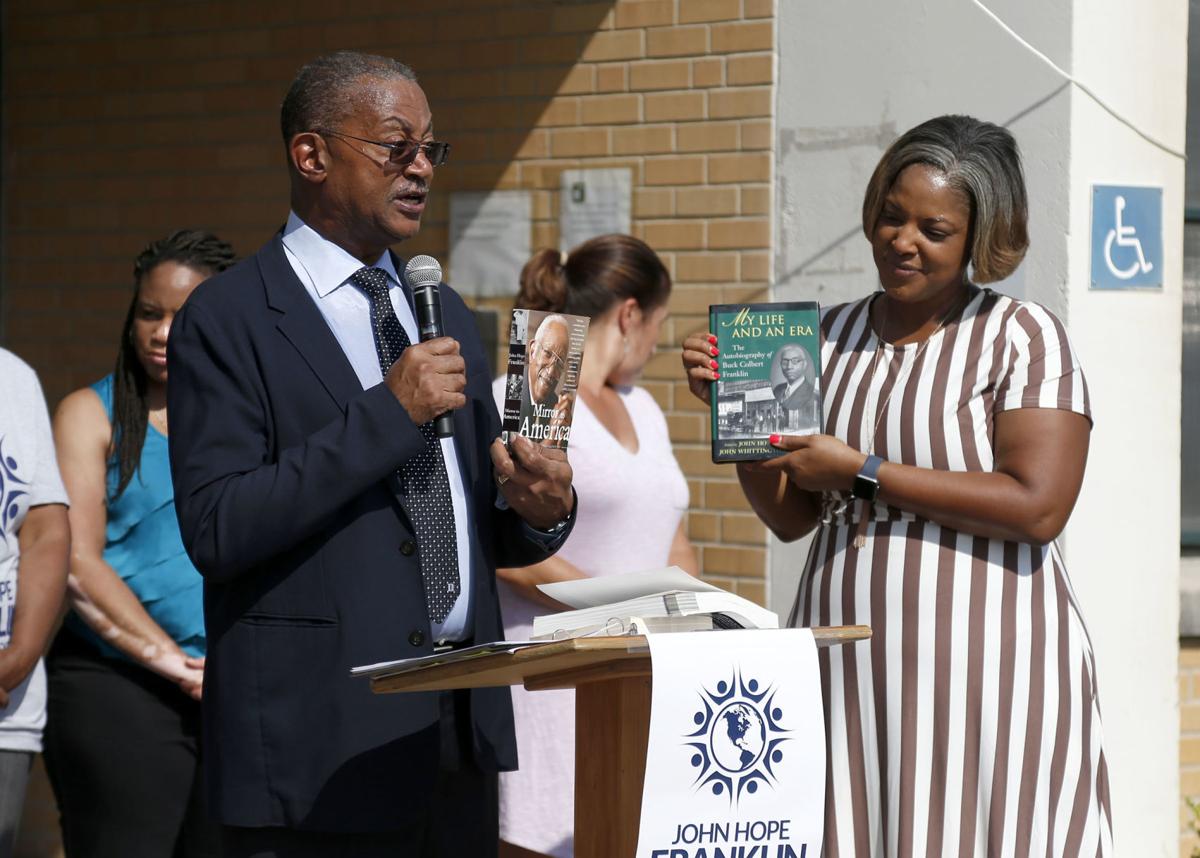 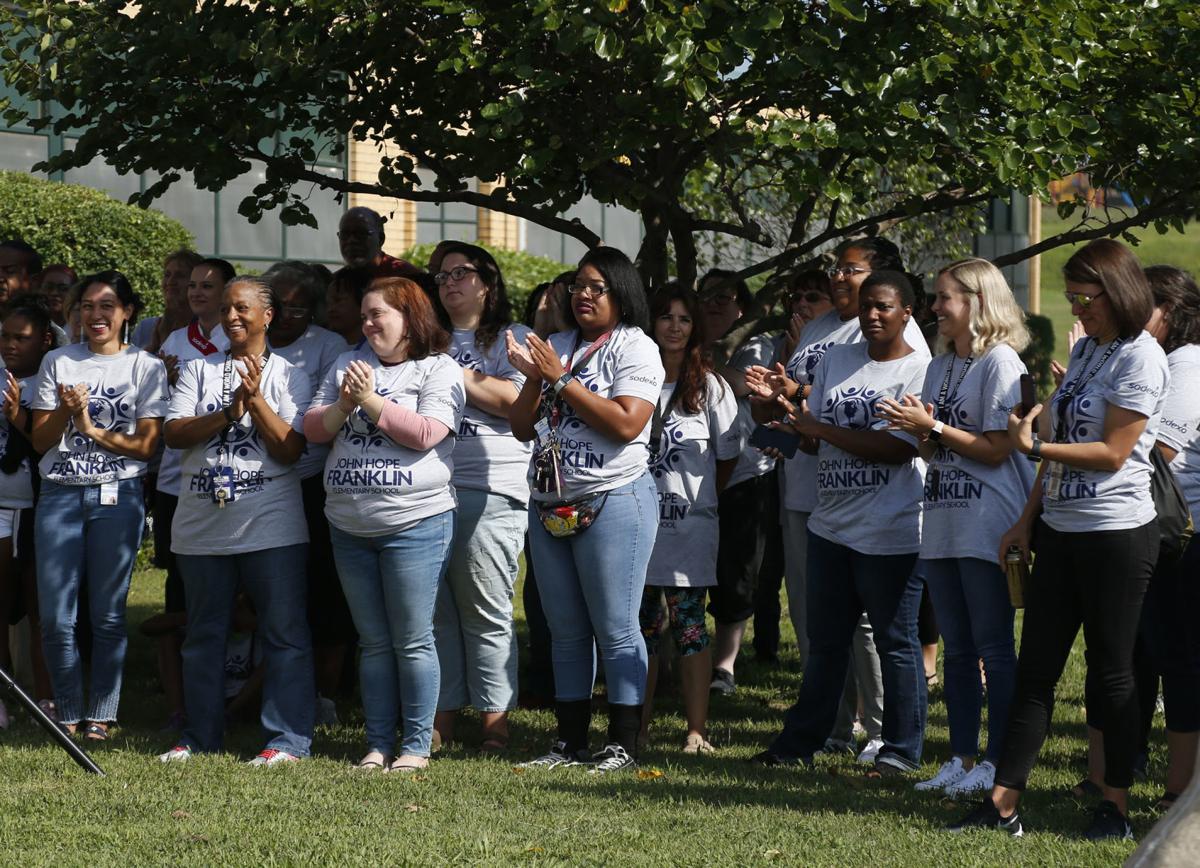 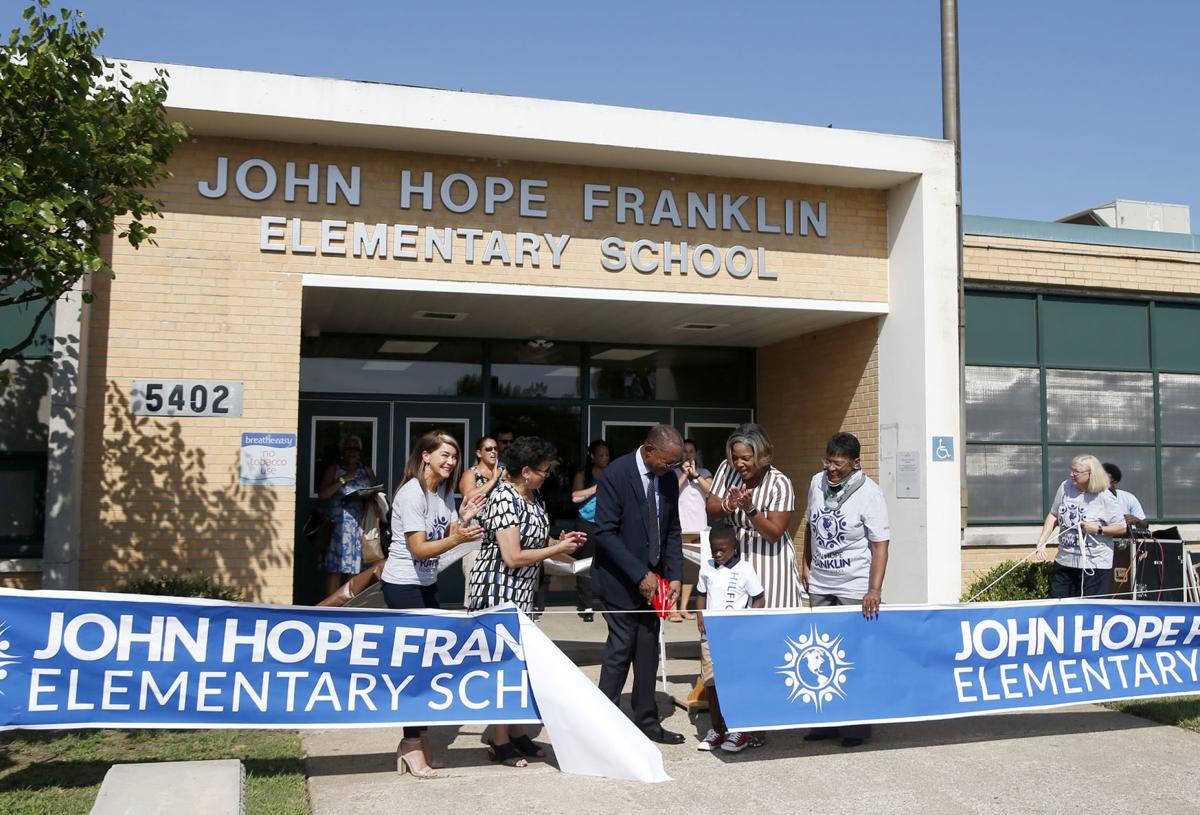 Gallery: Who is John Hope Franklin?

Gilcrease Elementary, ECDC-Bunche will be consolidated, Tulsa school board decides during contentious meeting

Three words came to mind when John Whittington Franklin was asked what his father would have thought about a north Tulsa school being named after him: “It’s about time.”

A Wednesday ceremony celebrating the opening of John Hope Franklin Elementary meant a lot of things to a lot of people. Many were glad to see the school assume the name of a prominent Tulsan. Others saw it as the final chapter of the district’s controversial plan to combine Gilcrease Elementary and ECDC-Bunche.

For John Whittington Franklin, the ceremony helped finish what the John Hope Franklin Reconciliation Park started by immortalizing his family’s legacy in Tulsa.

The Tulsa school board voted in April to consolidate Gilcrease and Bunche to save money and establish grade consistency across the McLain feeder pattern. The combined school is located in the Bunche building near 56th Street North and Martin Luther King Jr. Boulevard and will serve students from prekindergarten through fifth grade.

“As we engaged with our community as we gathered feedback, it became very clear that this name was one that the community could gather around,” school board member Jennettie Marshall said. “It’s important that when communities are going through times of change, they have something to bring them together.”

Although John Hope Franklin was born in rural McIntosh County in 1915, he graduated from Booker T. Washington High School and went on to become a noted historian at Harvard and other prestigious universities.

He achieved international fame with his book “From Slavery to Freedom,” an influential study of the black experience in America. He also served as chairman of the advisory board to President Bill Clinton’s Initiative on Race and was awarded the Medal of Freedom, the nation’s highest civilian honor.

One of his final public appearances before his death in 2009 was in Tulsa for the dedication of John Hope Franklin Reconciliation Park, which serves as a memorial to the Tulsa Race Massacre.

John Whittington Franklin, who recently retired from a fruitful career as a cultural historian at the Smithsonian Institution, said the last project he worked on with his father was building the National Museum of African American History and Culture. They paid particular attention to telling the story of Tulsa’s Greenwood District.

“Having grown up with him and seeing him spread his knowledge of our history with everyone, from the youngest school child to grown people, inspired me to the work that I do now,” he said.

During the ceremony, John Whittington Franklin presented copies of “From Slavery to Freedom” along with the autobiographies of his father and grandfather, a Tulsa lawyer who defended black survivors of the Tulsa Race Massacre, to the school’s library. He said he wanted to give teachers and students the opportunity to learn more about his family’s work.

Tulsa Public Schools Superintendent Deborah Gist said John Hope Franklin embodied the type of characteristics valued in education and left an “indelible mark” on the lives of countless people in his community and around the country.

“His legacy is one that we honor, we are inspired by and one that we treasure and one that will be the foundation for the work that these world-changers will do here at John Hope Franklin Elementary School,” Gist said.