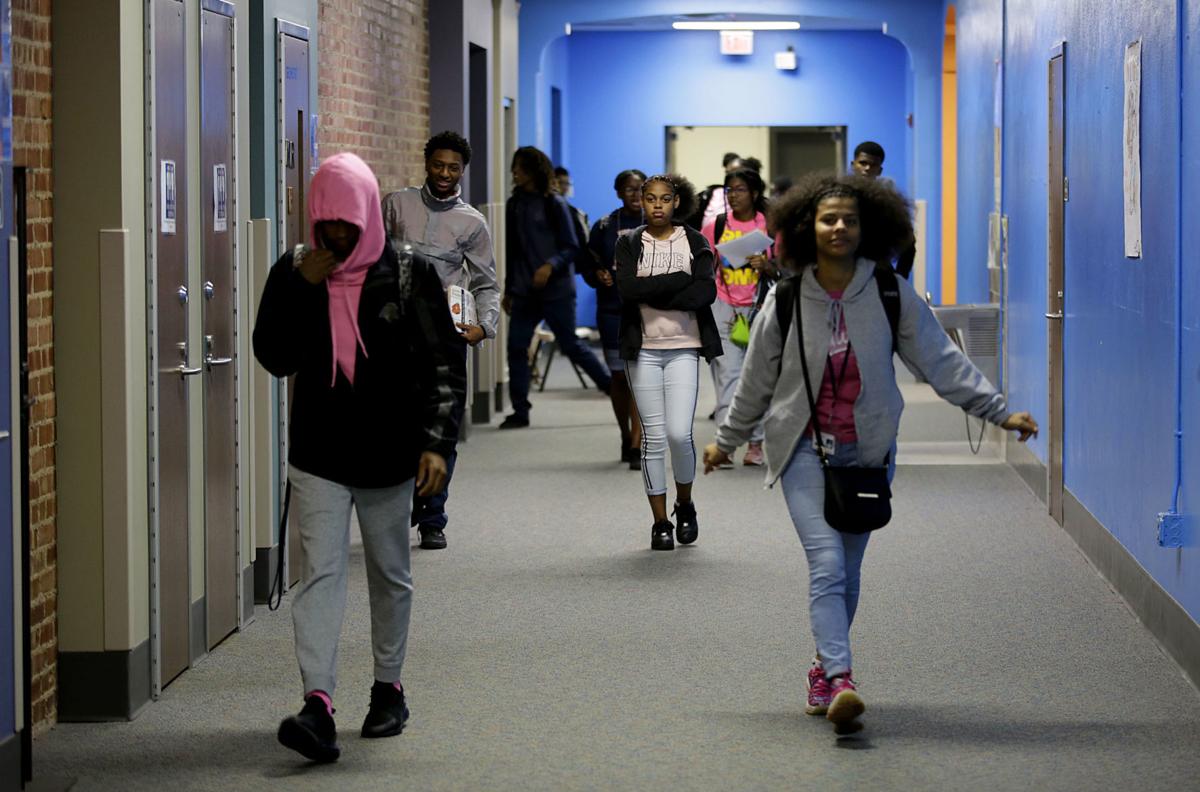 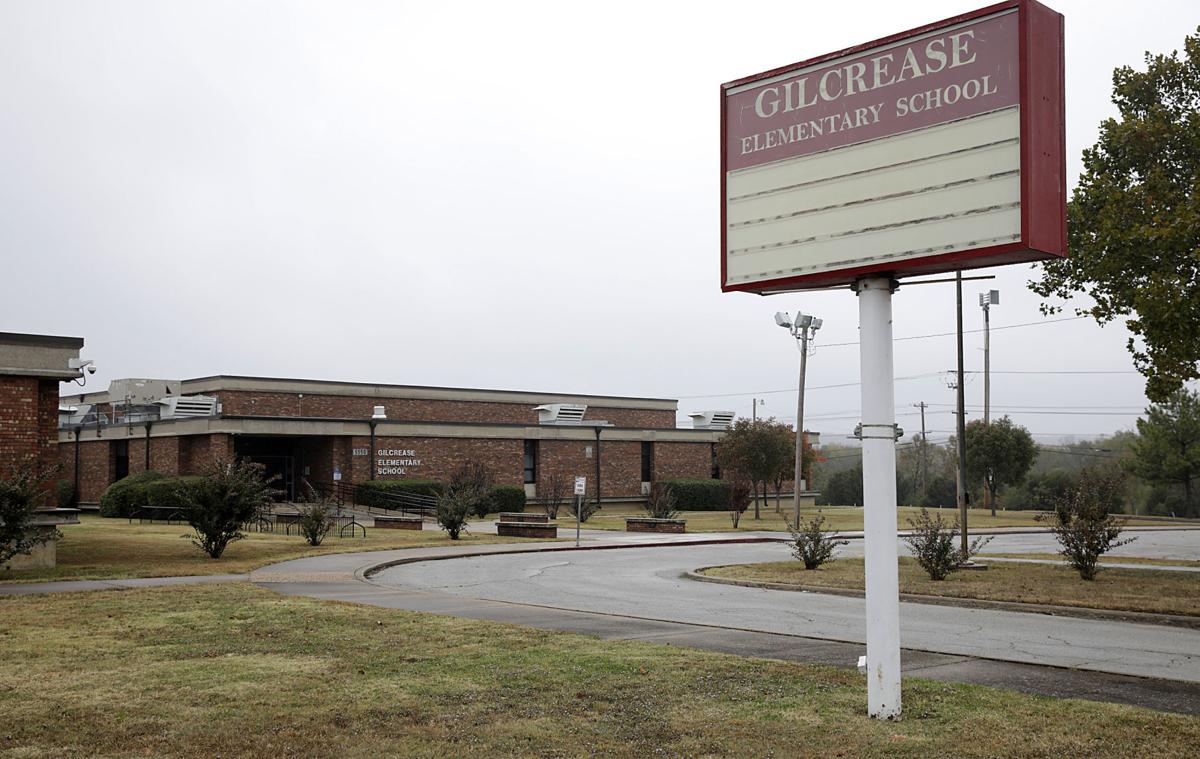 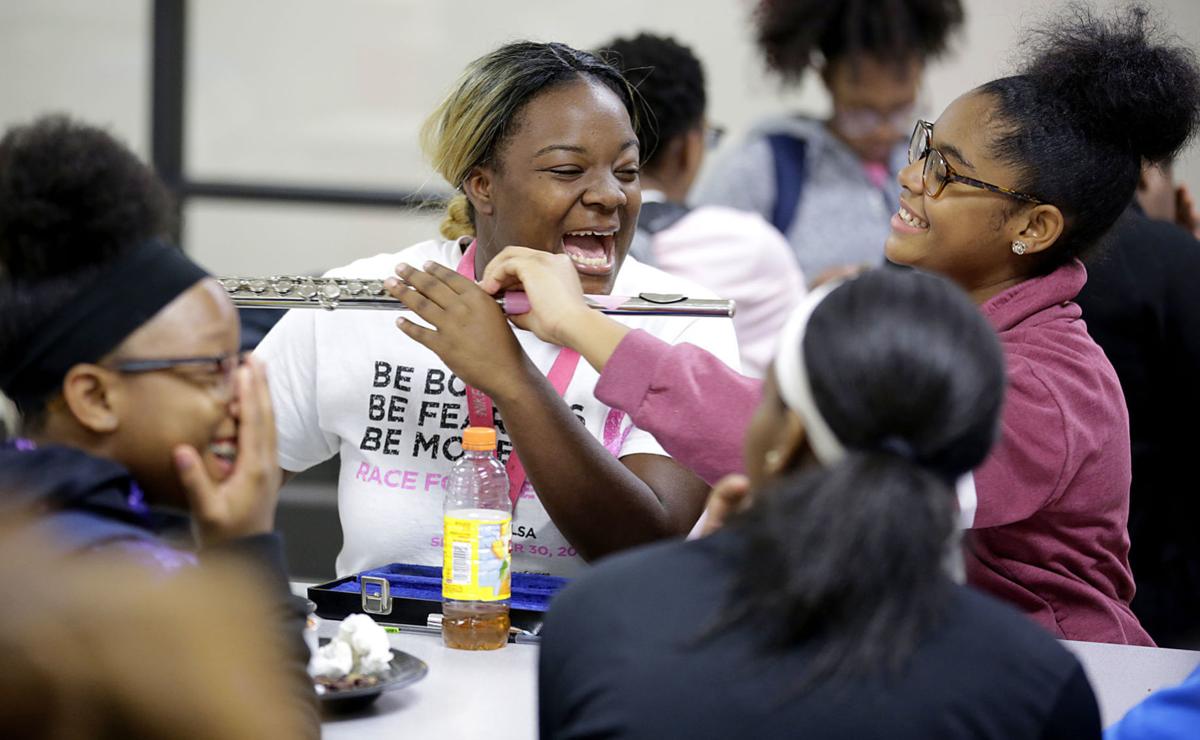 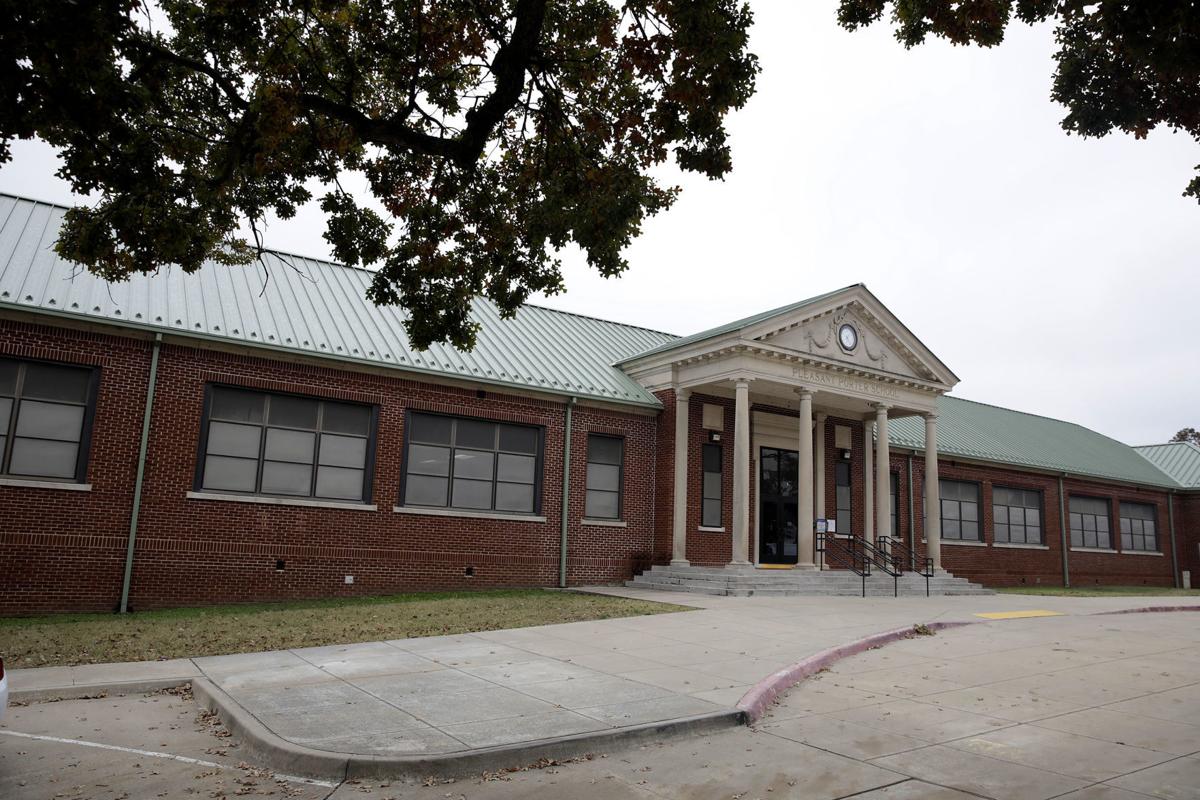 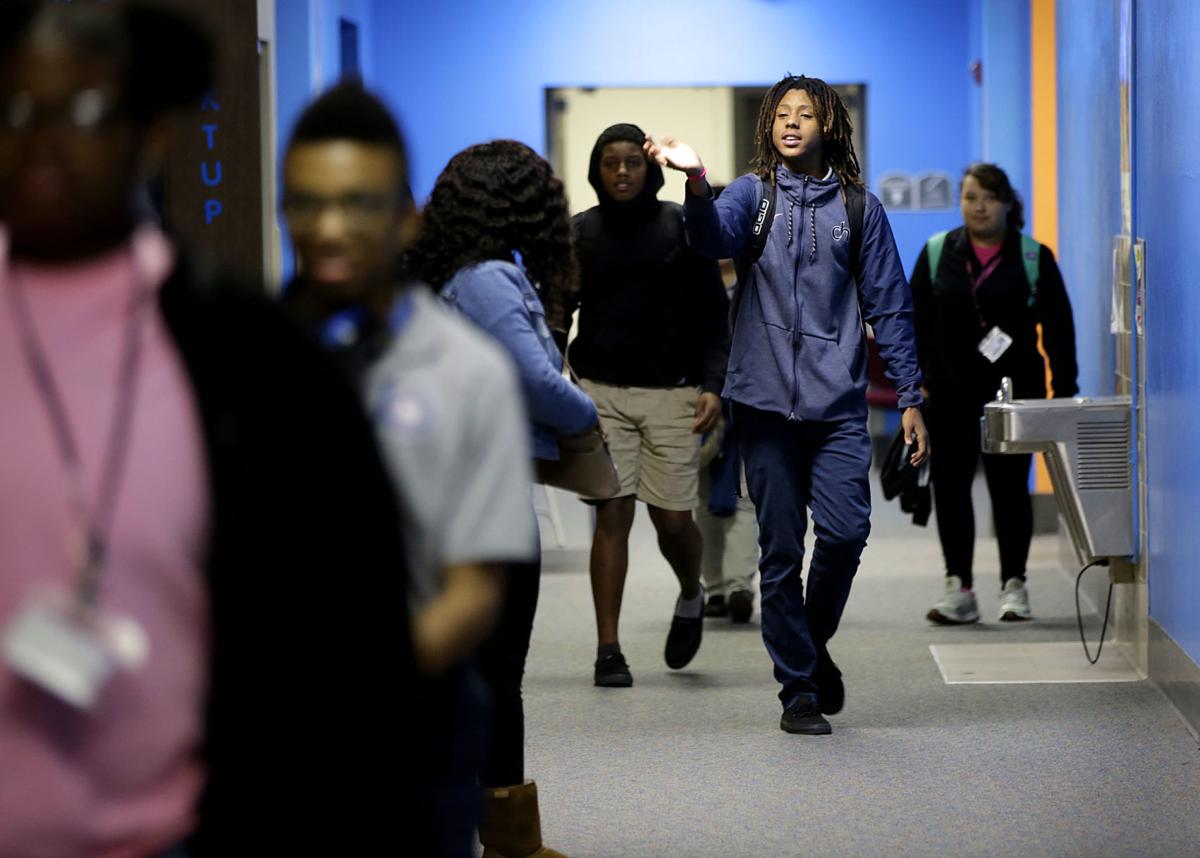 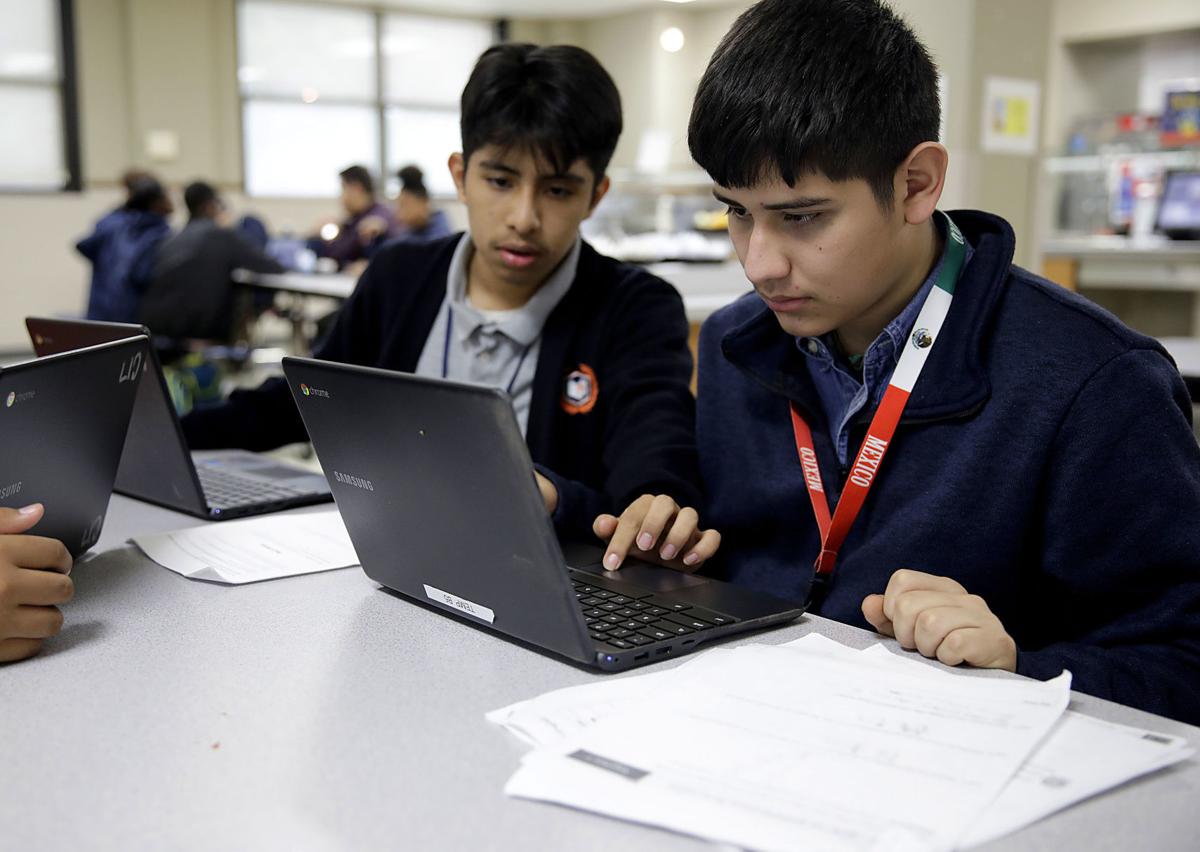 Gilcrease Elementary, ECDC-Bunche will be consolidated, Tulsa school board decides during contentious meeting

Clarification: The academic achievement data listed in the original story did not account for black students who also qualify for free and reduced lunch, have a disability or identify as two or more races. The new state report cards assign target scores to students based on their priority group. Students are placed in the first priority group that applies and are not counted twice.

KIPP Tulsa wants to move its growing high school to north Tulsa, and it needs the community’s help to make it happen.

Don Parker, interim executive director of the Tulsa Public Schools-sponsored charter, hosted the first of multiple planned community meetings this week in an attempt to garner support for the move.

Now in its second year, KIPP Tulsa University Prep High School quickly is outgrowing its temporary space at the former ECDC-Porter building in southwest Tulsa. TPS is allowing the school, which adds an additional grade each year, to stay at Porter through 2020-21.

The charter is desperate to find a permanent facility that can house a fully grown high school. Parker believes the location should be in north Tulsa, where most of KIPP’s students live.

“There’s no reason why, to get a good college prep, high school education, anybody should have to get on a bus and go to the other side of the city,” he said. “It should be in north Tulsa, and there’s an obvious answer.”

That answer, according to Parker, is Gilcrease Elementary. The former school at 5550 Martin Luther King Jr. Blvd. shut down at the end of last school year after being consolidated with the adjacent ECDC-Bunche.

The vacant school building has a capacity of 615, making it large enough to house the high school’s projected 500 students. It’s also a much more convenient location for families.

Parker said he’s asked TPS about Gilcrease several times but is being told he must gain the community’s support if he wants the empty building.

This prompted the creation of an online petition to request the district work with KIPP to host its high school in north Tulsa. Parker said he’s open to other options but maintains Gilcrease is the best choice.

In a statement to the Tulsa World, a TPS spokeswoman said the district agrees finding a long-term facility for the high school requires a broader conversation with the community. District officials are aware of several organizations interested in the Gilcrease building but currently are not considering any requests.

“Regardless of KIPP’s next location, comprehensive community engagement will be critical in ensuring understanding and support from their parents and stakeholders,” the statement reads. “There is, however, no district-level process through which district-authorized charters can use community engagement or petitions to secure a building. Decisions about the use of buildings owned by Tulsa Public Schools are made by our board of education.”

No longer ‘the quiet participant’

While KIPP officials have been patient due to the district’s assurance about finding a facility, Parker said a lack of progress and a perceived change in tone compelled them to take a more direct approach.

“We’ve been quieter, and it wasn’t until probably this summer that TPS kind of changed its position to say, ‘We’re not going to have anywhere for you unless you can get the community engaged,’ ” Parker said. “So we then shifted our tactics to say that if we’re going to need the community’s help, then we can no longer be the quiet participant. We’ve got to get out and start talking to people, and frankly we’ve got to talk to people in terms that are uncomfortable to talk about.”

He believes the high performance of KIPP’s middle school, which has served north Tulsa for 15 years, and the poor academic quality of other area schools testify to why the high school is needed there.

Again, Parker pointed out black students were the lowest performing group at Booker T., with 34% testing proficient or advanced in academic achievement.

However, the 34% figure does not account for black students who also qualify for free and reduced lunch, have a disability or identify as two or more races. The 2017-18 report cards assign target scores to students based on their priority group to measure academic achievement. Students are placed in the first priority group that applies and are not counted twice.

There is no data available for KIPP’s high school because it’s only in its second year. But founding school leader Chris Mahnken said the charter expanded into ninth grade and beyond due to the lack of high-quality options for its graduating middle-schoolers in north Tulsa.

“Sometimes it takes maturity to be uncomfortable,” Mahnken said. “We’ve been very tiptoey around talking about the data because we don’t want to offend people, but it’s not about offending anyone. It’s not about us bragging. It’s about making sure kids have access to high-quality seats, period.”

Based on the numbers shared at the meeting, Reggie Ivey, board member of the North Tulsa Community Coalition, said he agrees it’s a good idea to bring KIPP to the north side.

But, Ivey said, there needs to be a frank discussion with community groups and other schools about two concerns involving Gilcrease.

The first concern is that the vacant building may be needed in the event of overenrollment at Monroe Demonstration Academy, which nearly quadrupled in size this year. The second involves the potential impact on McLain High School, especially if the KIPP high school is high-performing.

Ivey said the community must be a part of the decision but noted there’s a lot of misinformation about charter school performance in north Tulsa. He advised KIPP officials to distribute their data to as many people as possible.

“It’s exciting to me to know that African-American students are performing at extremely high levels at KIPP,” he said. “What I want to see is more students having access to healthy school options that would allow them to perform at optimal levels.”

Community member Donzetta Seals said many families, including hers, are turning to private schools and suburban districts in search of a better education. She appreciates that KIPP is trying to bring a quality option into the community and doesn’t understand why the plan would be opposed.

“There seems to be a lot of kickback against it,” Seals said. “I know McLain is struggling. I know that there’s a lot of struggling going on. But we need to make one step in the right direction, and it sounds to me like KIPP wanting to locate here — not in south Tulsa or somewhere far away — but here where our kids will have access, that sounds like a good step to me.”