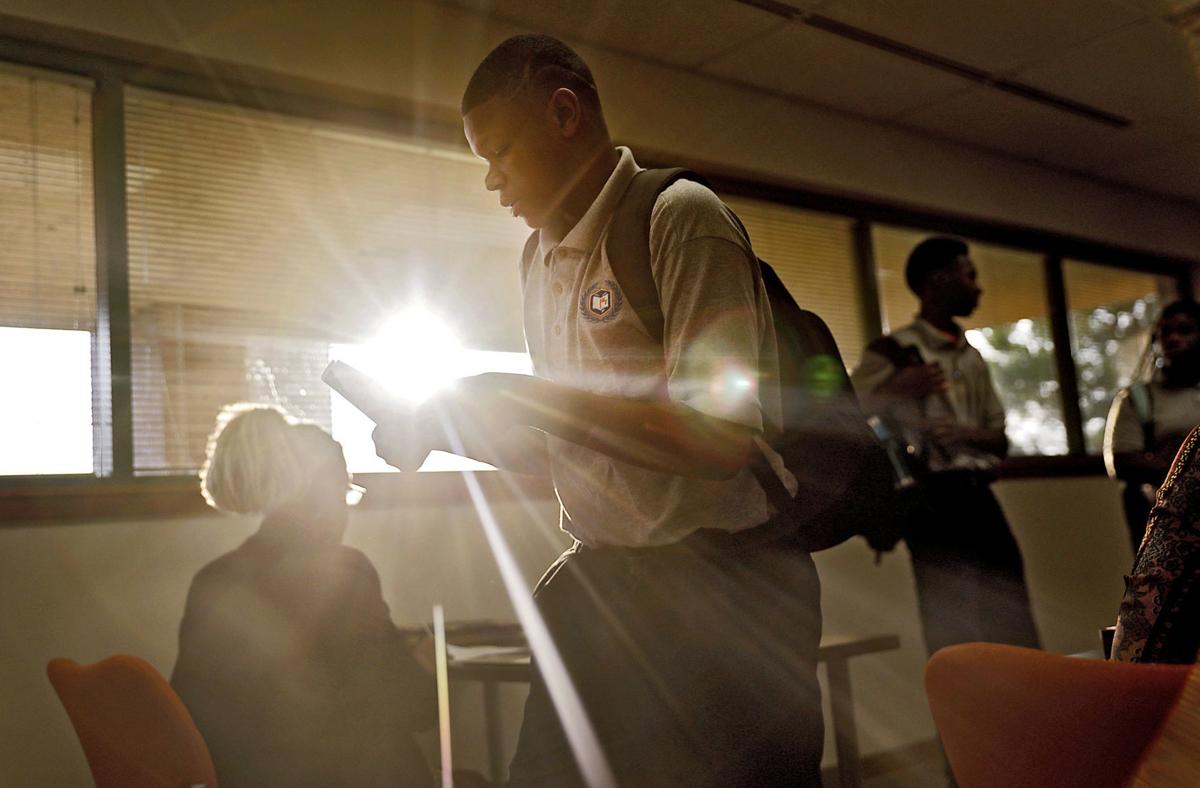 KIPP Tulsa University Prep High School freshman Thomas Prear checks his schedule as the sun rises on the first day of classes at the new school on the OSU-Tulsa campus. MIKE SIMONS/Tulsa World 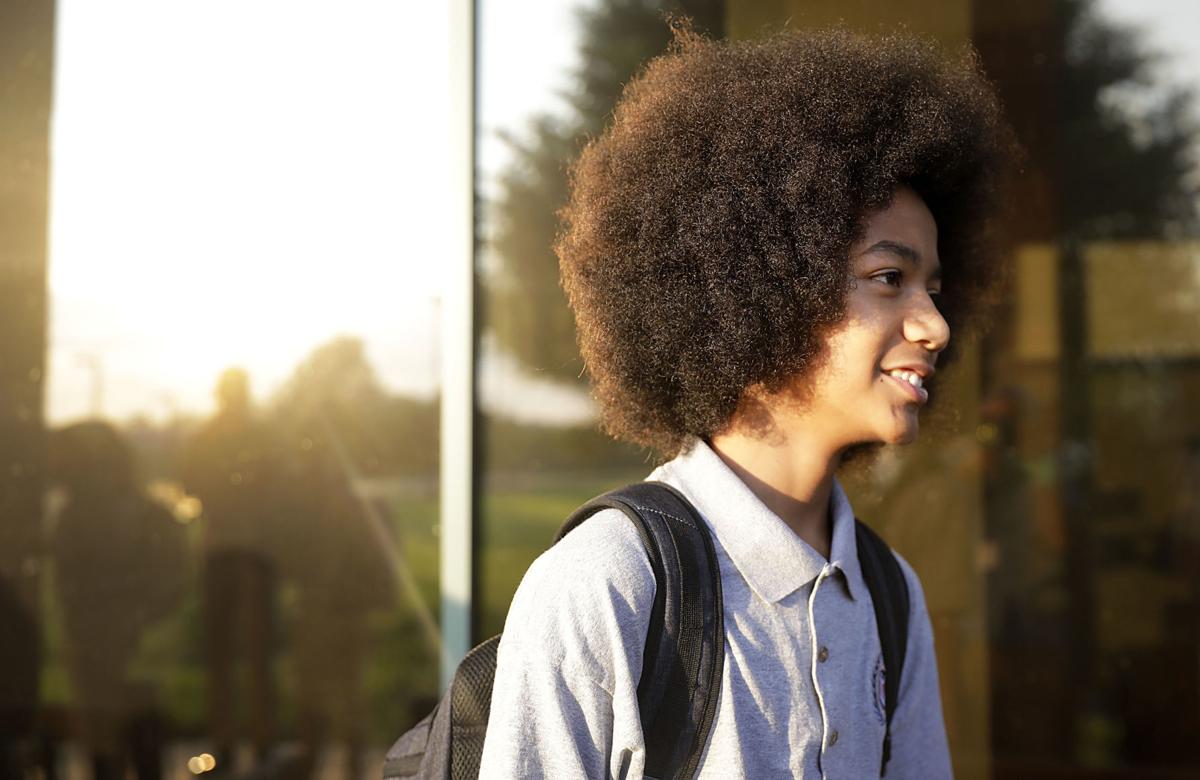 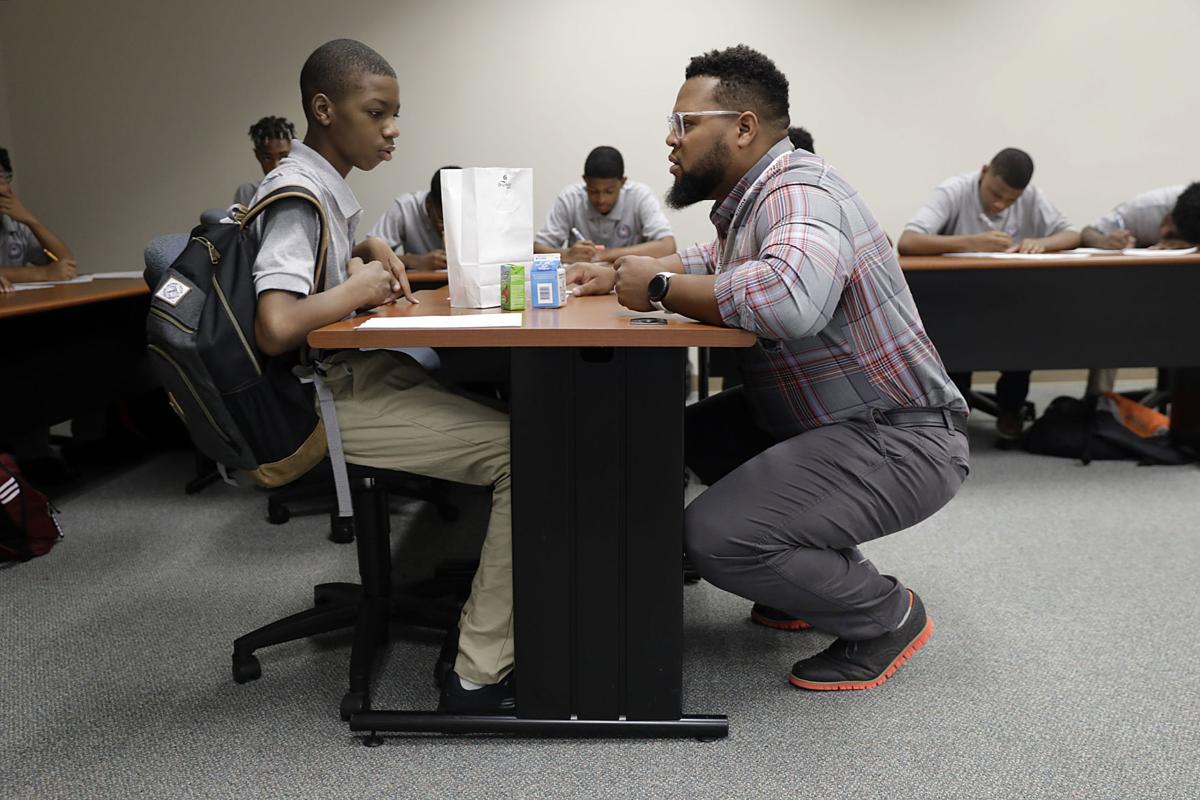 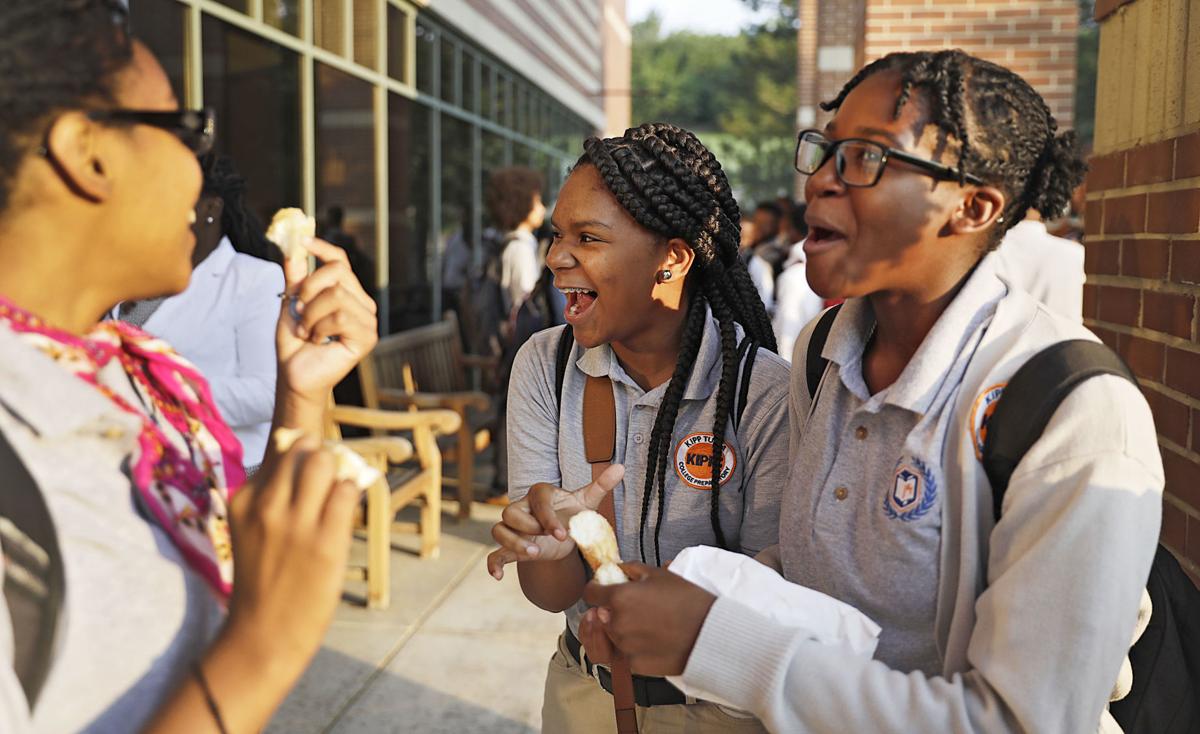 KIPP Tulsa University Prep High School freshman Thomas Prear checks his schedule as the sun rises on the first day of classes at the new school on the OSU-Tulsa campus. MIKE SIMONS/Tulsa World

Ahmad Roper’s mother was literally in tears when she discovered and enrolled her son in the new expansion of KIPP Tulsa, which was founded in 2005 for grades 5-8.

“She got real emotional because this is something new and big and better that I could come up from,” said Roper, who attended Monroe Demonstration School and Sand Springs’ Clyde Boyd Middle School previously. “This is just a better option than an average high school.”

Nearly half of KIPP Tulsa University Prep’s first students are like Roper, all-new to the KIPP model, which focuses on getting kids prepared for college no matter how far behind they may be when they arrive on KIPP’s doorstep.

School leader Chris Mahnken spent four years preparing for KIPP Tulsa University Prep’s opening. The curriculum has been carefully designed so students and teachers can focus only on the skills needed for college admission and college-level coursework.

“We are the only AP for All high school in Tulsa serving a majority disadvantaged population,” Mahnken said, referring to an initiative to give more students access to rigorous, college-level Advanced Placement classes and college credit-bearing end-of-course exams. “Every single lesson has been backward planned from AP standards and skills required for the ACT (college entrance exam).”

That’s true even for classes such as Isaiah Weaver’s Theater I.

“Behind a mask of theater, we will be focusing on reading and writing skills like characterization and themes,” said Weaver, who is beginning his ninth year of teaching, having worked previously at Riverfield Country Day School and Memorial High School. “I’m excited to be here, because to be a part of the KIPP family allows us to give our students successful and choice-filled lives.”

When the Tulsa school board approved KIPP Tulsa’s expansion into high school, KIPP leaders were working on a deal to lease space for the new high school at Edurec Youth and Family Fun Center in north Tulsa.

But Andrew McRae, executive director at KIPP Tulsa, said the two parties simply “could not come to a mutually agreeable deal.” That’s when the idea to found the high school on the OSU-Tulsa campus came up.

“President (Howard) Barnett was open to the idea of us starting here. I think there is potential for us to stay here, but OSU-Tulsa wants to take this one year at a time. There are some Tulsa Public Schools facilities that we think would also be ideal for us,” McRae said.

Ron Bussert, OSU-Tulsa vice president for administration and finance, told the Tulsa World on Monday, “We were fortunate to have the facilities that KIPP needed available at the right time and welcome the opportunity to support an organization doing important work for education in our community.”

Of landing at OSU-Tulsa, Mahnken said, “We are extremely humbled and blessed to be here and will be taking full advantage of introducing our students to this kind of learning environment.”

“This gives them a sense of ‘This is it. This is the place.’ I think it’s very empowering to them to be integrated with the college,” said Mullins. “The coursework will be very rigorous, very challenging, but overwhelmingly, they’re telling us they’re up for it; they’re ready to get started.”

Although she had her pick of the city’s best public and private high schools, she chose to stay with the KIPP model — and said it had nothing to do with the chance to go to high school on a college campus.

“Honestly, location doesn’t matter as much as what they’re trying to teach you,” she said.

The students met all last week to get to know each other, to make the first of many planned college visits when they traveled to the University of Arkansas, and, most importantly, to take a practice ACT exam for the first time.

KIPP Tulsa University Prep will add one grade level during each of the next three years, with plans for up to 500 students when fully enrolled. The high school is still enrolling new students for 2018-19, with 24 seats remaining in its freshman class of up to 125.

Like all public schools, charter schools receive state funding, but are legally exempted from much of the government regulation on traditional public schools. Some are totally independent, while others, like KIPP Tulsa schools, receive training and support from national organizations, in this case, the Knowledge Is Power Program national nonprofit network of 224 charter schools.

Come to the Tulsa World's education advocates forum on Wednesday

What: The Tulsa World's, "How to be an education advocate forum."

Why: During a crucial time for education in our state, it's important for parents, teachers and students to know how to advocate for themselves or their children.

How do I attend and how much is the cost: It is free and open to the public. RSVP is recommended at tulsaworld.com/talk.