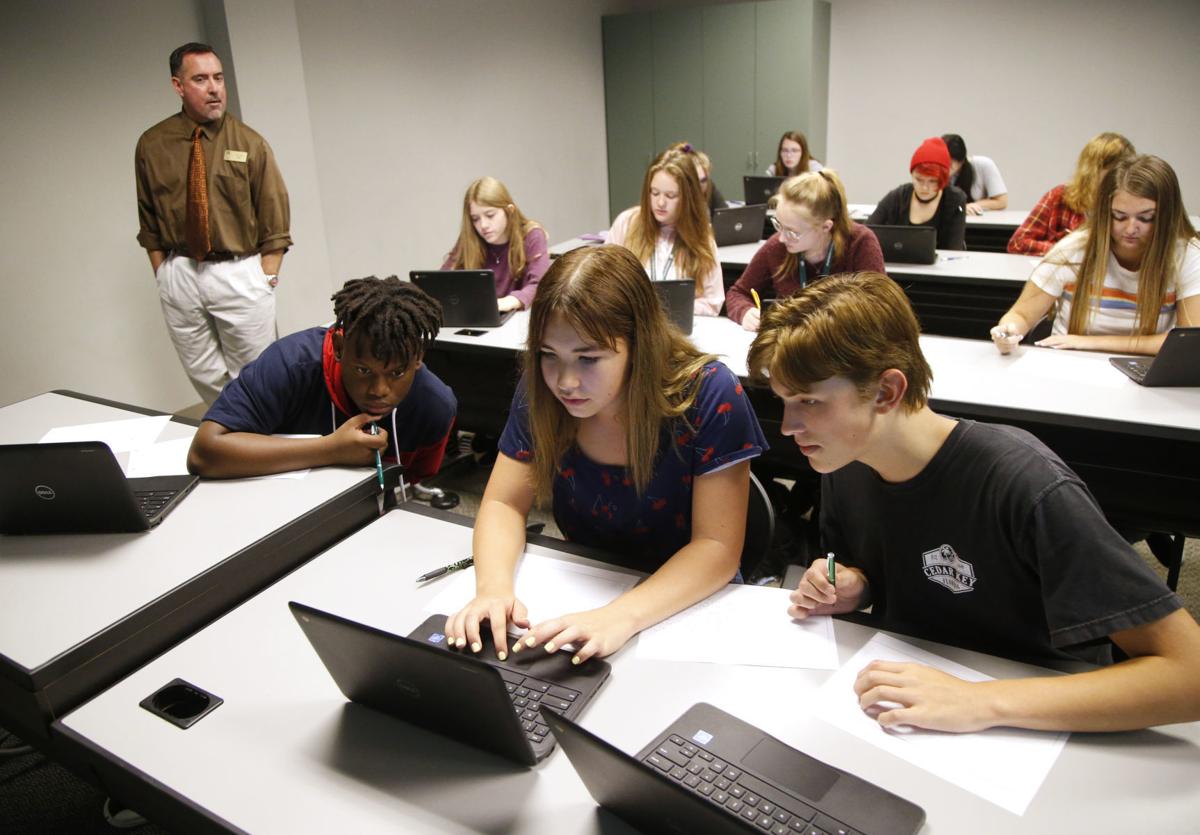 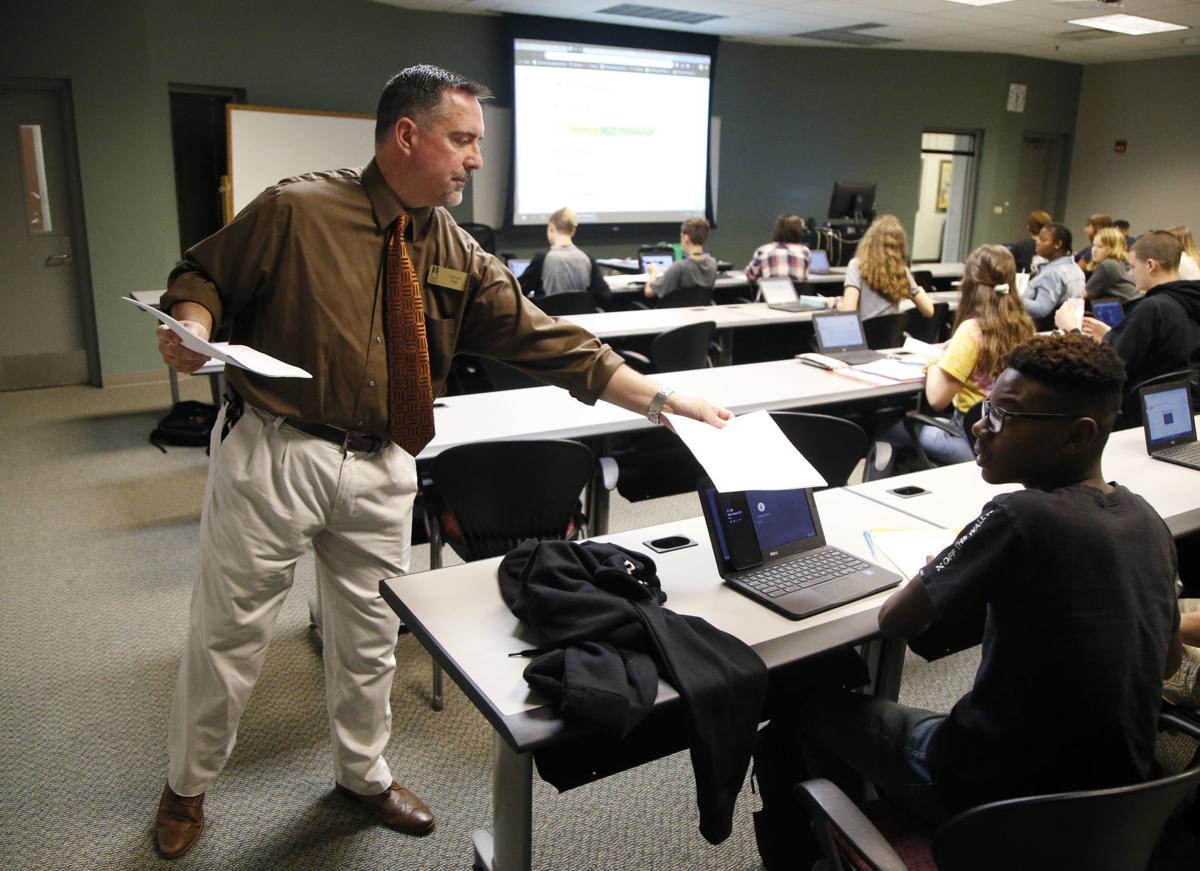 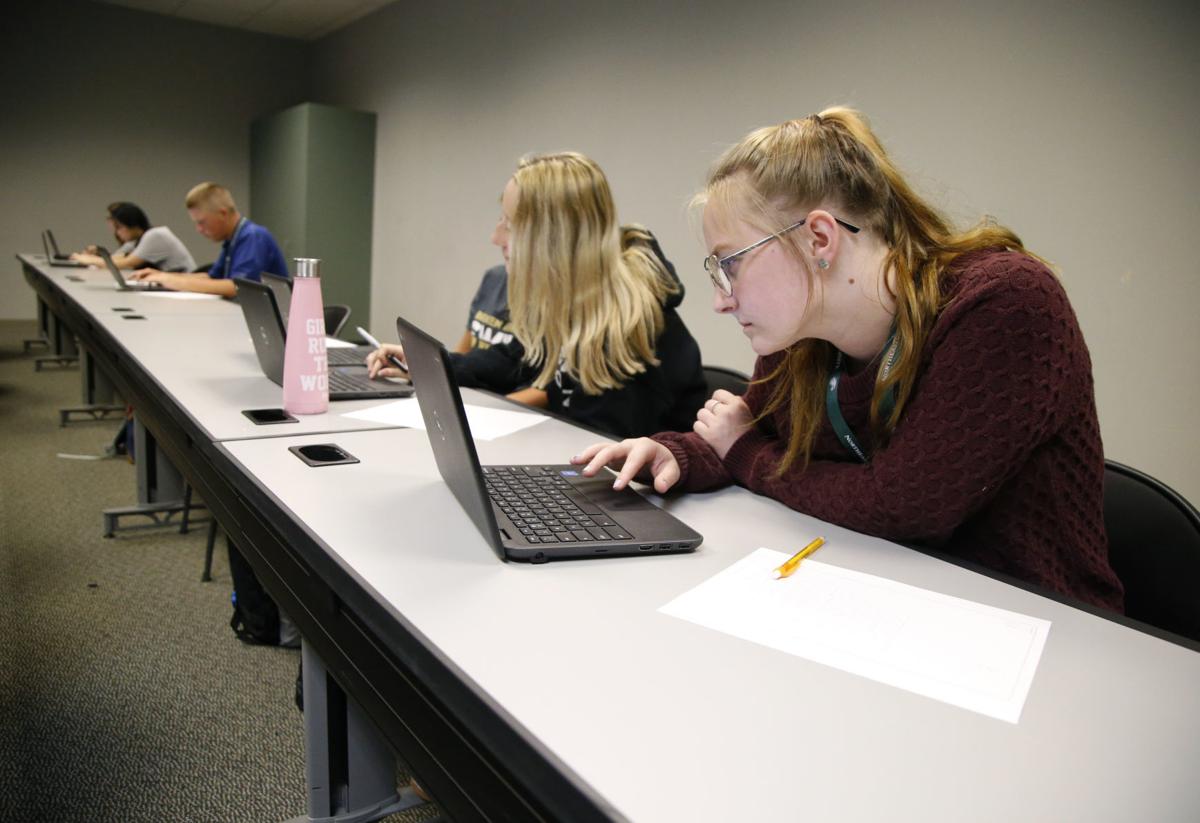 Miranda Carey uses her computer for an assignment in a class at Northeastern State University’s Broken Arrow campus on Monday. The course is part of Broken Arrow’s concurrent enrollment program, which allows students to enroll at Broken Arrow High School, NSU and Tulsa Community College at the same time. MATT BARNARD/Tulsa World 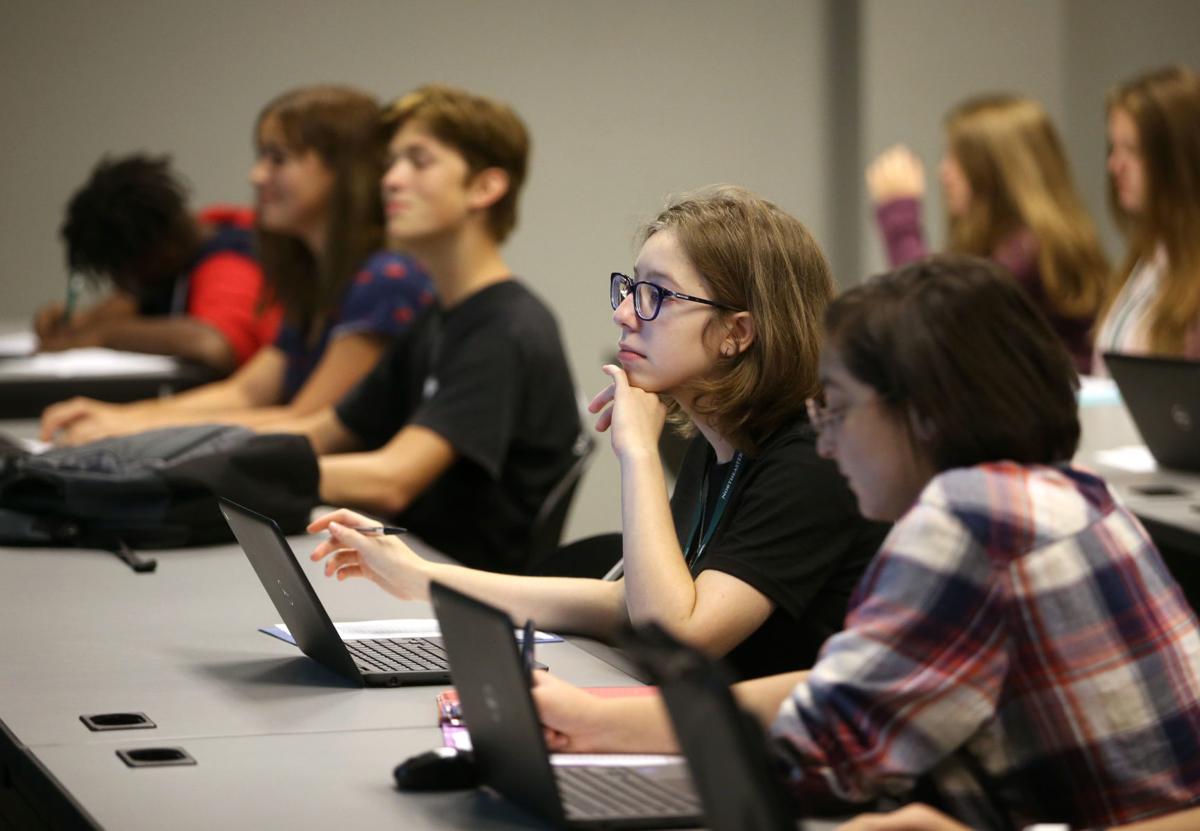 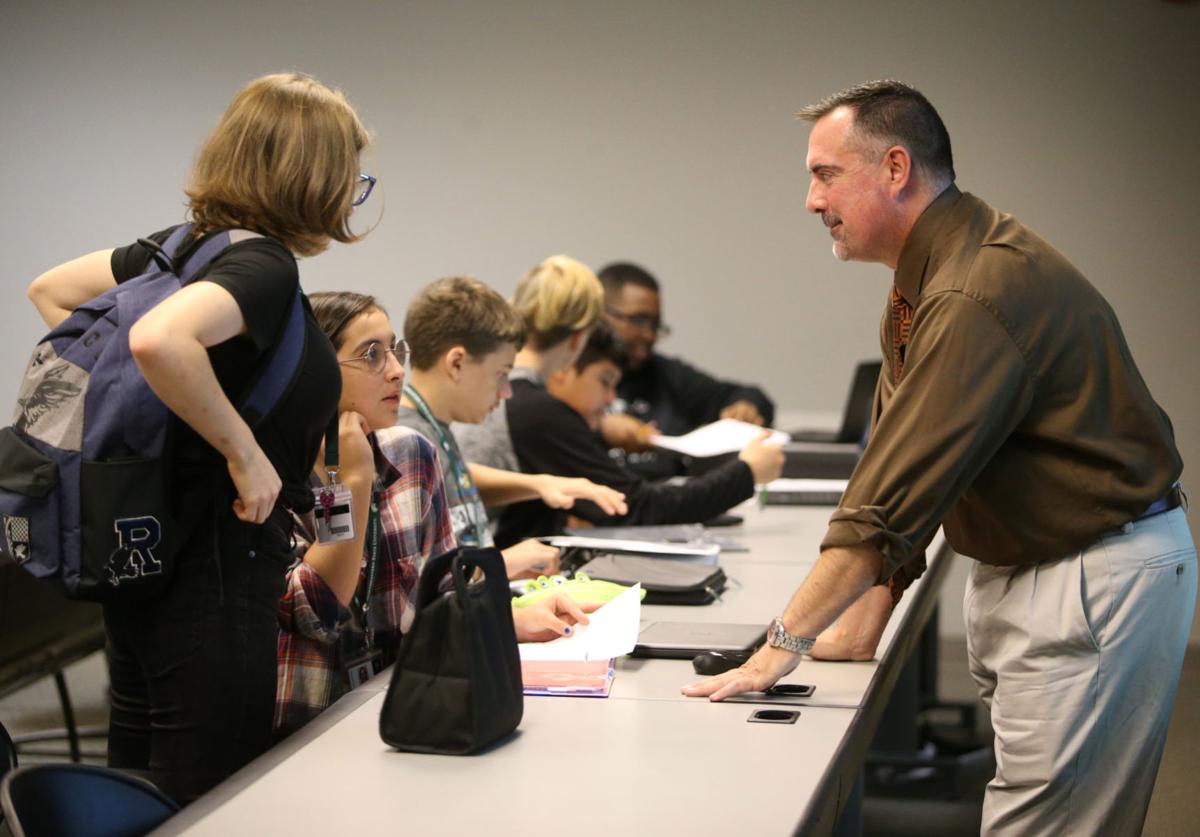 Miranda Carey uses her computer for an assignment in a class at Northeastern State University’s Broken Arrow campus on Monday. The course is part of Broken Arrow’s concurrent enrollment program, which allows students to enroll at Broken Arrow High School, NSU and Tulsa Community College at the same time. MATT BARNARD/Tulsa World

BROKEN ARROW — As hundreds of students arrive to their first class of the day at Broken Arrow Freshman Academy, Miranda Carey heads to Northeastern State University to get a head start on college.

Carey and 150 other freshmen and sophomores are enrolled in the first year of Broken Arrow Early College High School. The program allows the students to take all but one of their classes at NSU’s Broken Arrow campus.

It also prepares them to begin earning college credit their junior and senior years, with the goal of having an associate degree by the time they graduate from high school.

For Carey, a ninth-grader with dreams of becoming a zoologist, the opportunity to shorten her anticipated lengthy college career was too good to pass up.

“My doctorate (in zoology) is supposed to take eight years, but this is taking two years out of it,” she said. “So I’ll be done with college in six years instead of eight.”

The Early College High School program was one of three recommendations approved in February by the Broken Arrow school board. The recommendations aimed to redefine the high school experience and prepare students for after graduation.

Broken Arrow Public Schools Superintendent Janet Dunlop said part of her district’s overall vision is to alleviate some of the overcrowding at the high school until a second can be built after the next school bond election in 2027.

More importantly, however, it’s about offering students meaningful opportunities they haven’t had in the past.

“(The plan) is twofold,” Dunlop said. “We want to keep them in school, and that means it has to be relevant. But we also want it to look different and provide some space at the high school to where kids are not always on campus. They’re having learning opportunities everywhere.”

The superintendent said Early College High School is different from concurrent enrollment programs at other districts, where professors usually go to the high school and teach there for a couple hours a day.

At Broken Arrow, participating high-schoolers actually enroll at NSU as well as Tulsa Community College, which provides professors to teach the classes. TCC and Langston University reportedly are the only schools that can offer undergraduate courses in Tulsa County.

Although students can’t earn college credit until their junior year, they do take an orientation study skills class intended to get them ready for the difficulty spike separating high school and college coursework.

“What we’ve found is that we have a much higher success rate with our students who get a little preparation for what college life is going to be like,” she said. “What are the things you need to look at? Why is it important to read a syllabus? Things like that. And so that’s what we’re doing.”

One of the biggest benefits of Early College High School is the affordability, Dunlop said.

Many of those in the program are first-generation college students or come from low-income families. The total participation cost is $1,200 — meaning that’s all students have to pay to earn enough credits for an associate degree. However, freshmen and sophomores who receive free or reduced lunch don’t pay anything.

The flexibility of returning to their high school for electives was another major appeal for students.

Without that option, freshman Chloe Williams would have passed on the program because of her commitment to show choir.

“Show choir is my passion,” Williams said. “I would not want to quit show choir to do this, even though I’d be missing out on a great opportunity. I would put show choir before just about anything.”

For freshman Olivia Willey, the smaller class sizes and general lack of crowds are a nice change of pace. It helps that the NSU campus is mostly empty of regular college students until the evening.

Willey appreciates not having to spend the entire school day at the highly populated Broken Arrow Freshman Academy.

“There’s like 1,200 students at the freshman academy this year,” she said. “It’s distracting to have that many people in one place.”