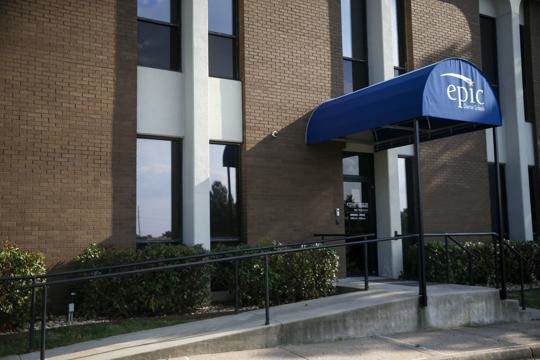 Six Oklahoma City-area parents suing Epic Charter Schools say the virtual school violated the state Constitution when it unenrolled their children because the students were simultaneously attending Epic and a private school.

Although Epic’s contract with state regulators prohibits the virtual charter school from providing instruction to private school or home-school students, the parents argue that this violates the constitutional requirement that Oklahoma provide a system of free public schools that “shall be open to all the children of the state.”

The lawsuit, filed in Oklahoma County District Court, also alleges Epic violated the Oklahoma Charter Schools Act’s ban on discrimination when Epic unenrolled their children. The parents say it amounted to “discrimination against those students that have the income level to attend private school.”

Epic has supported dual enrollment in its virtual school and private school or home-school programs, according to affidavits filed in court by a state investigator looking into Epic’s practices. Epic’s legal filing responding to the parents’ lawsuit affirms that stance. But in April, the Statewide Virtual Charter School Board told Epic the practice was not allowed.

Epic started prohibiting dual enrollment and “has been vetting previously enrolled students in Epic that are dual enrolled,” an attorney for Epic wrote in its filing. If parents choose to keep their kids in private school, Epic unenrolls the students.

At issue is a clause in Epic’s contract that states: “Under no circumstances shall the Charter School and/or its program of instruction ... be used to provide or otherwise supplement instruction of home-schooled students or students enrolled in private schools, or used as a method of generating revenue for students who are being home-schooled or are enrolled in private schools.”

The parent’s lawsuit stresses that the Oklahoma Charter Schools Act does not prohibit dual enrollment. The act states that a charter can’t be “used as a method of generating revenue for students who are being home-schooled and are not being educated at an organized charter school site.” The parents deny they used Epic to generate money for students.

Epic, the state’s largest virtual charter school, is under investigation by state and federal agencies over allegations of financial wrongdoing and fraud. Dual enrollment and the practice of enrolling “ghost students” — or private or home-school students who received no instruction from Epic — are part of the investigators’ inquiry.

Parents Andrew and April Grieb, Andy and Amy Brooks, and Jacob and Charissa Dearmon are plaintiffs in the lawsuit. Their children were all withdrawn from Epic’s rolls in August or September, according to the lawsuit.

Their children fully participated in Epic and did not ask for their online curriculum to be modified so they could also attend a private school, the lawsuit states. They say no public money was used for the private education.

Epic spokesperson Shelly Hickman in March was asked whether Epic allowed dual enrollment. She said she believed some students participated in private supplemental services like tutoring and co-ops, but that if they were dual-enrolled full-time, they had not disclosed it.