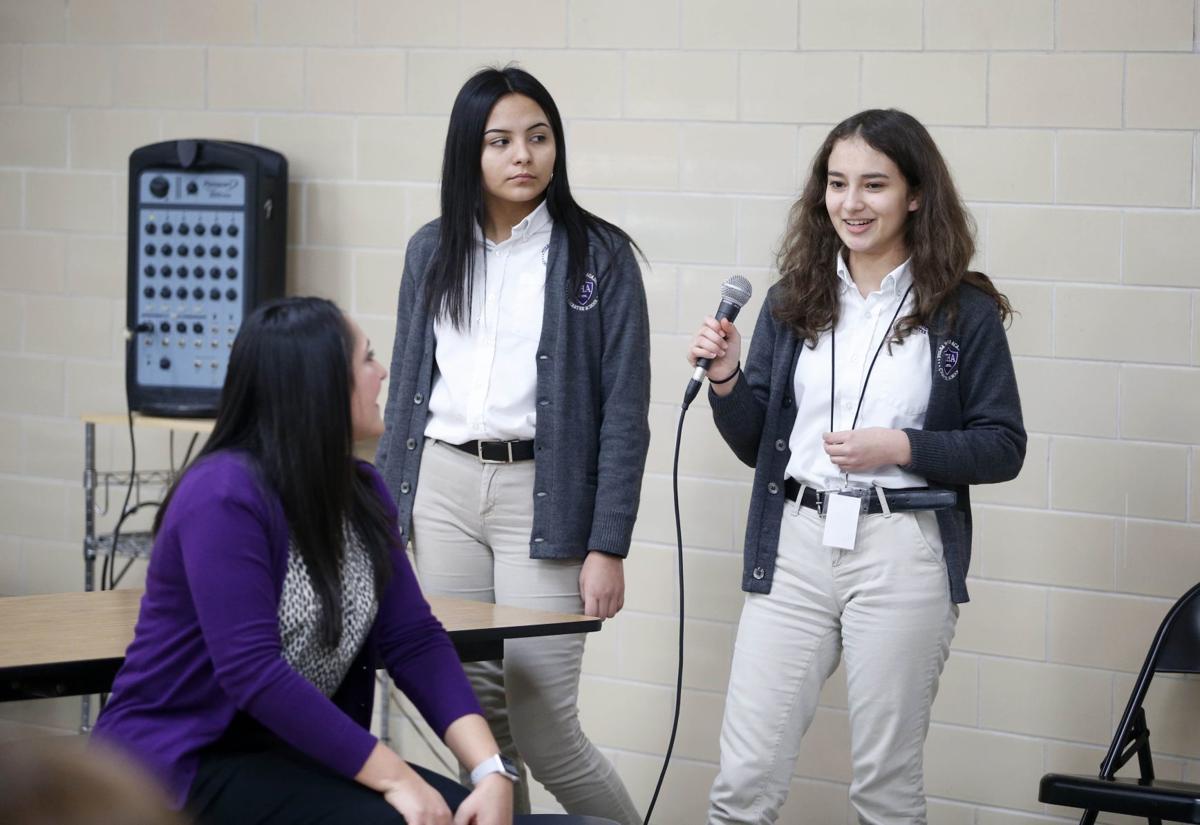 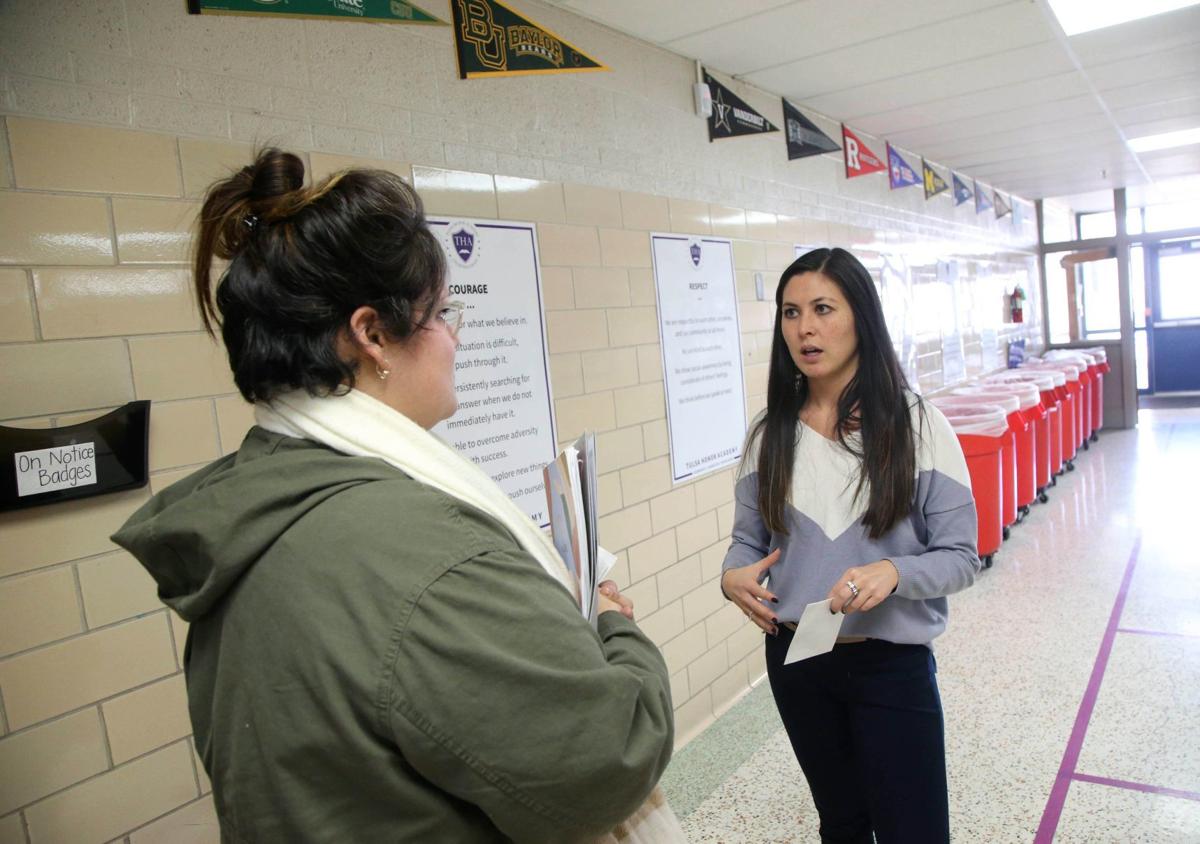 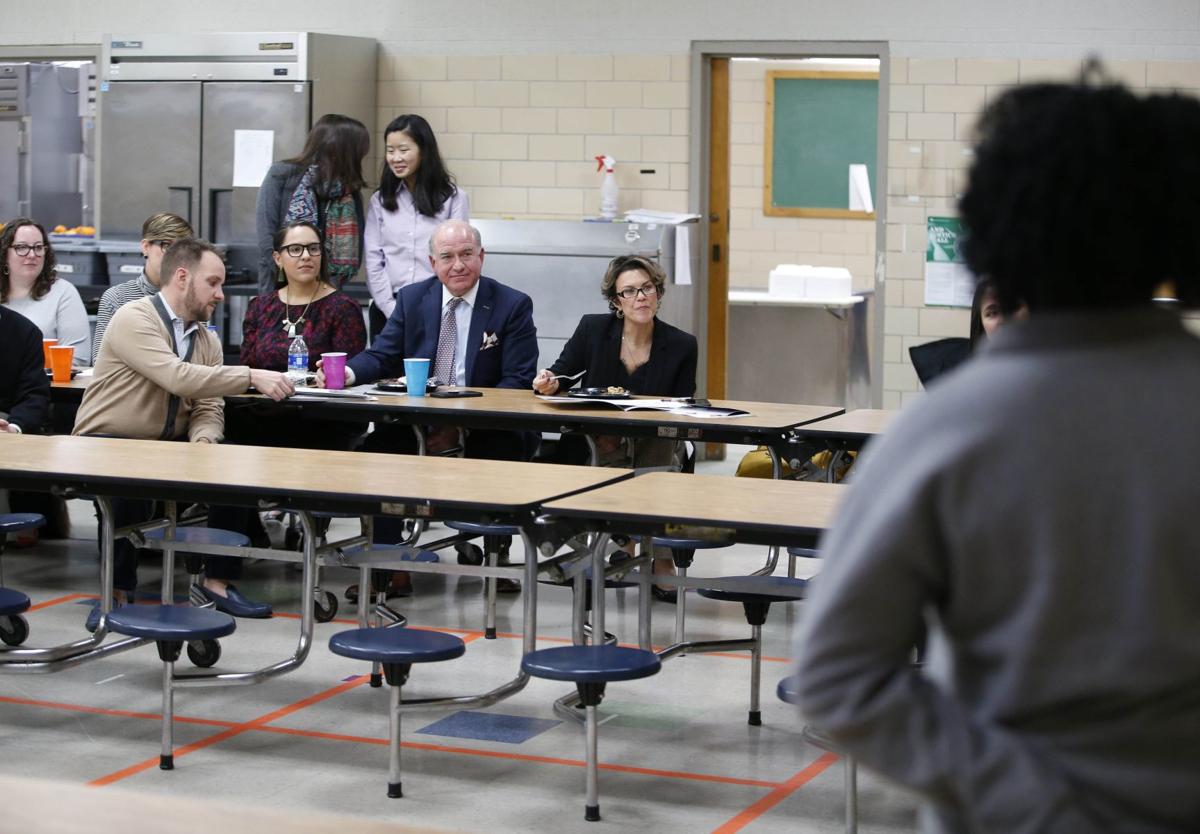 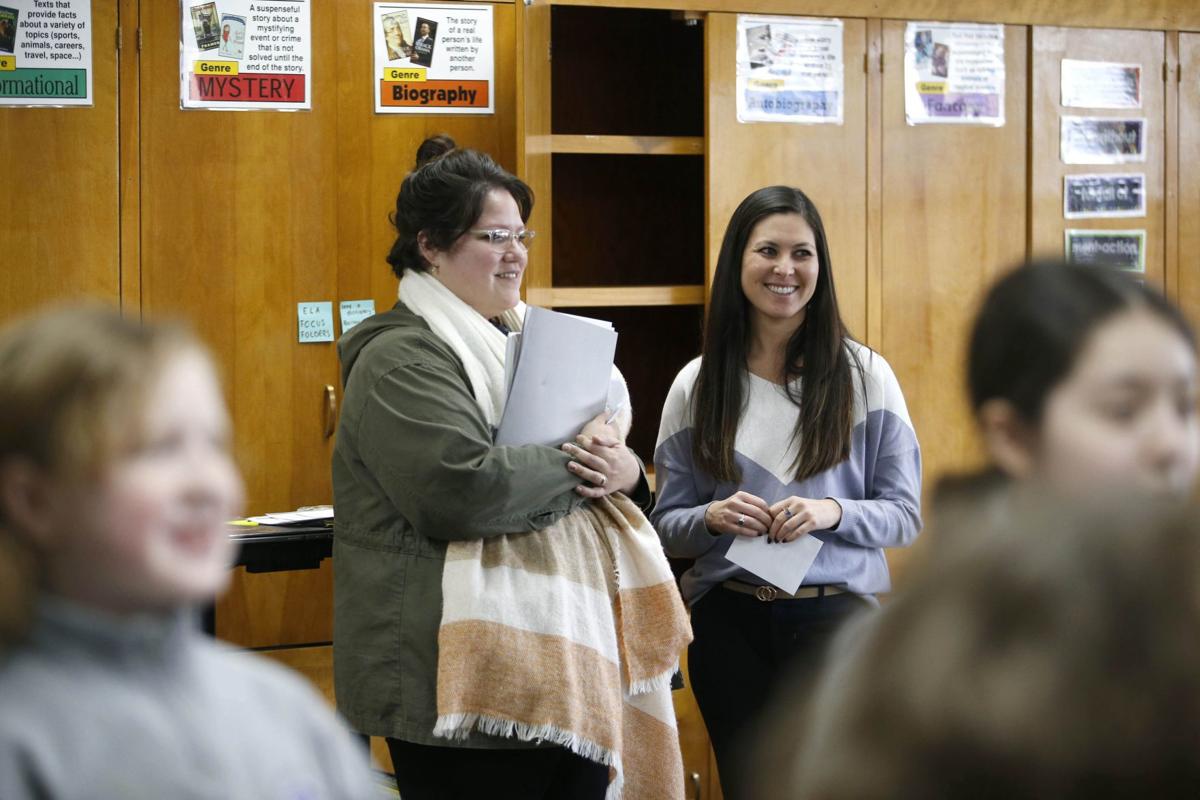 When she was younger, Britany Castorena just assumed she’d grow up to be a server at a restaurant or something.

But while the idea of college wasn’t on her radar then, that would change in a big way.

Five years after starting at Tulsa Honor Academy charter school, the ninth-grader has her sights set on the University of California, Los Angeles.

“I want to study forensic science,” she said.

Castorena is one of many students whose eyes have been opened to new possibilities after entering THA, officials there say.

This past Thursday, school leaders talked about that and other school successes during a special lunchtime presentation and tour for the public.

The academy, 209 S. Lakewood Ave., hosted the event to celebrate a recent honor.

THA earned an “A” on the recent 2018-2019 State Report Card, and ranked as not only the top middle school in the Tulsa metro area, but in the top 3.6% of all schools statewide.

The score adds to a growing list of accolades for THA, which was also the 2018 Oklahoma Public Charter School of the Year.

“There are a lot of exciting things happening here,” said Elsie Urueta Pollock, the school’s founder and executive director.

At national conventions “people are recognizing us,” she said. “I had a school leader from Nashville say, ‘Oh, you guys are Tulsa Honor, I want to know what you’re doing.’ But here in Tulsa, people don’t really know who we are. So we wanted to share the good news.”

That good news includes expansion. THA, which has 526 students and a staff of around 60, is offering grades 5-9 this year. But starting this fall, it will add a grade a year until it reaches 12.

The school, which is now hiring for next year, has come a long way, Pollock said, since 2014 when it began as fifth-grade only.

To handle its growth, it has moved between various locations. It’s in its first year at its current site, a former elementary school.

Even now, “we must be creative in the use of space,” Pollock said. The ninth grade is meeting in portable buildings on the site.

But a big announcement is coming soon, she added: The school is finalizing a deal on a permanent location.

When that happens, she said, THA’s ability to achieve its mission — serving students for whom “the system is not working” — will only be enhanced.

Most come from lower-income households. About 94% qualify for free or reduced lunch, among the highest rates in the district.

“These are families that have challenges, and our kids have to overcome a lot,” Pollock said.

“They start so far behind. But they work so hard and I’m so proud of them.”

When she says “far behind” she means it: Students entering THA, on average, are two or three grade levels behind.

But they don’t stay there.

“By the seventh grade they are at grade level,” Pollock said. “By the time they finish eighth they are advanced.”

Also, the school ranks among the district’s best in attendance, with a 97% rate.

Samantha Ortega had only been in the U.S. for a year when she started sixth grade at THA.

After a year at another school, she spoke little English and was reading at first-grade level.

“The teachers (at THA) pushed me to try my hardest,” Ortega said.

By eighth grade at THA, she was reading at an 11th-grade level.

“I didn’t like reading at all, only picture books,” she said. “But I started loving reading. I can’t get enough.”

Ben Stewart of the George Kaiser Family Foundation, the school’s board chairman, said it’s inspiring “to see kids start at one level and grow tremendously with a lot of hard work over a few years.”

“In some ways THA is Tulsa’s best-kept secret,” Stewart said.

If so, it’s a secret Castorena has been in on for five years now.

Starting at THA in fifth grade, she remembers how nervous she was her first day.

“I don’t like being the new kid,” Castorena said.

“But the minute I stepped in the door it felt like this was where I needed to go.”